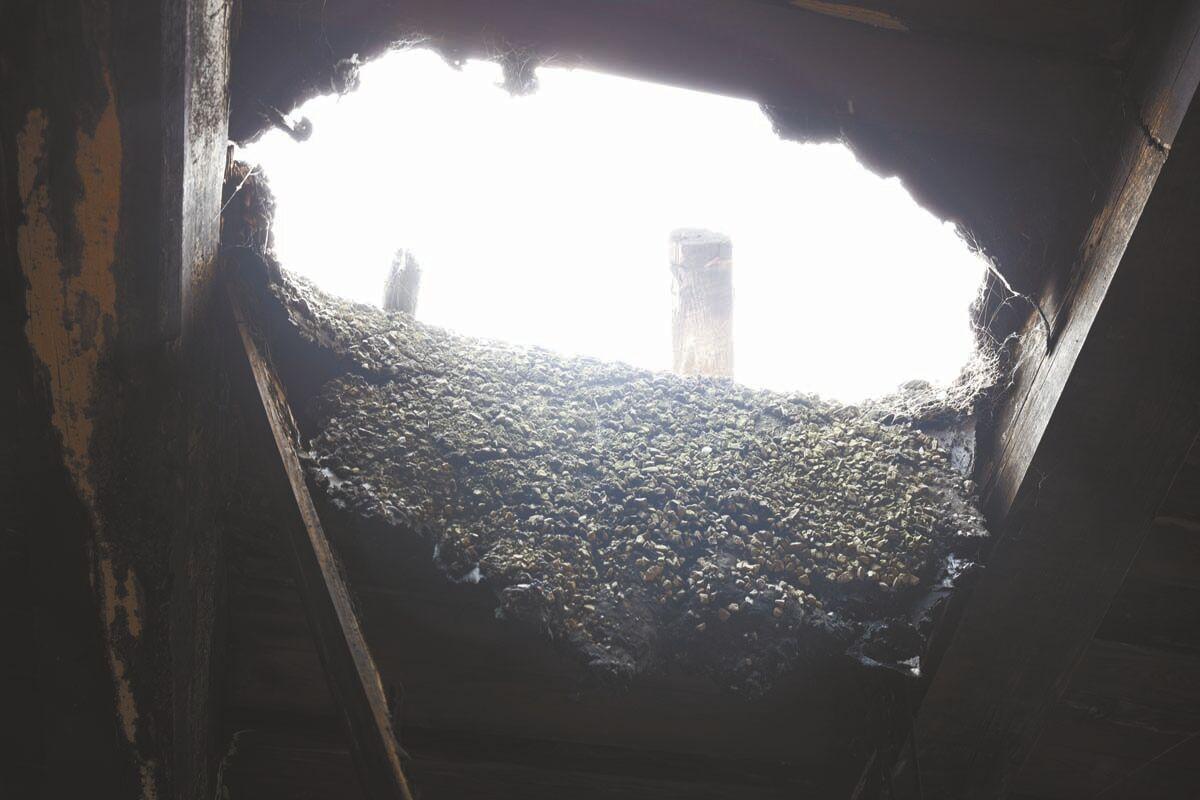 A large hole has opened up on the main level roof of the old Bradley hardware building in Downtown Morristown. 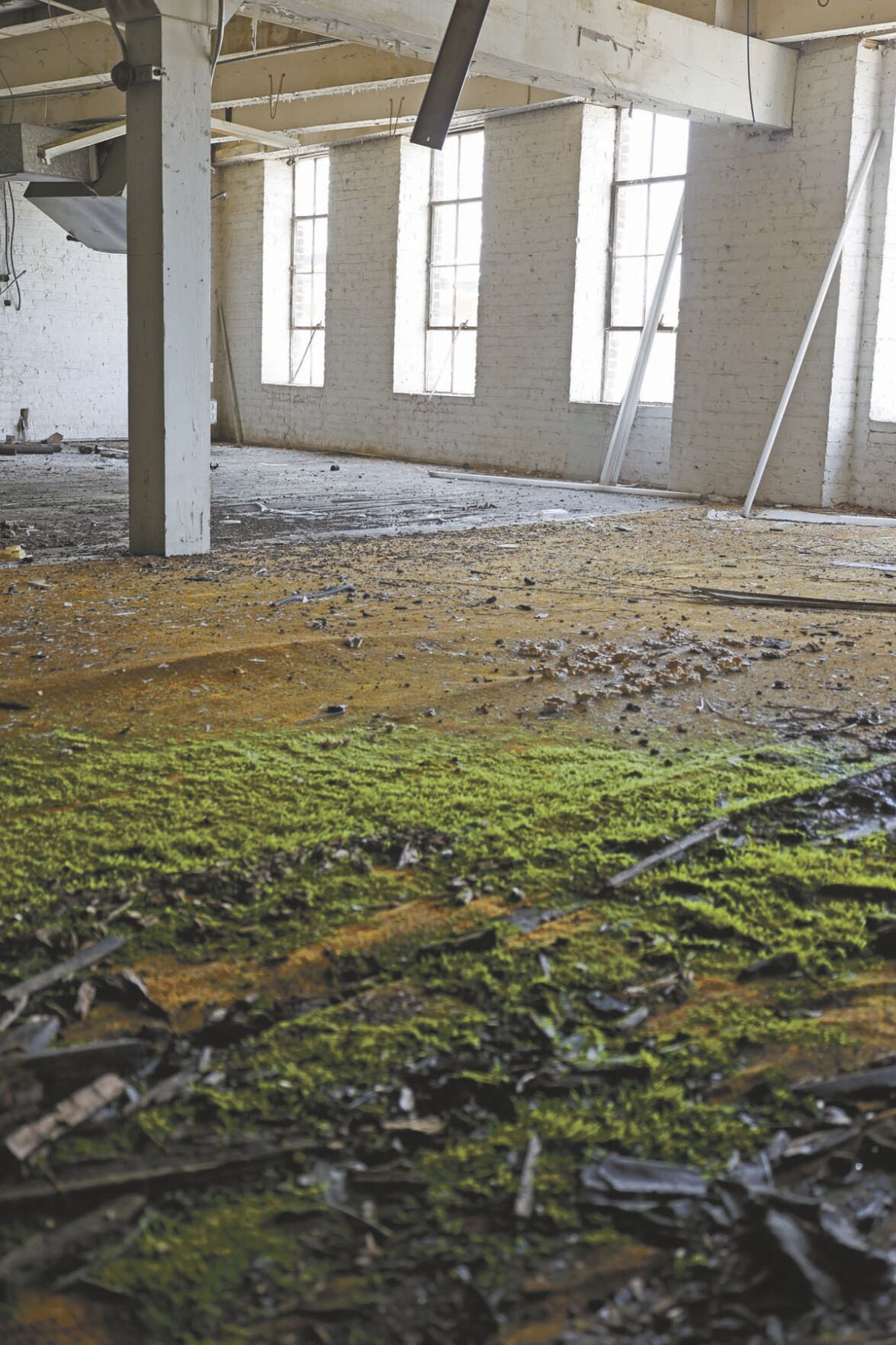 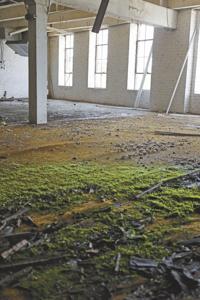 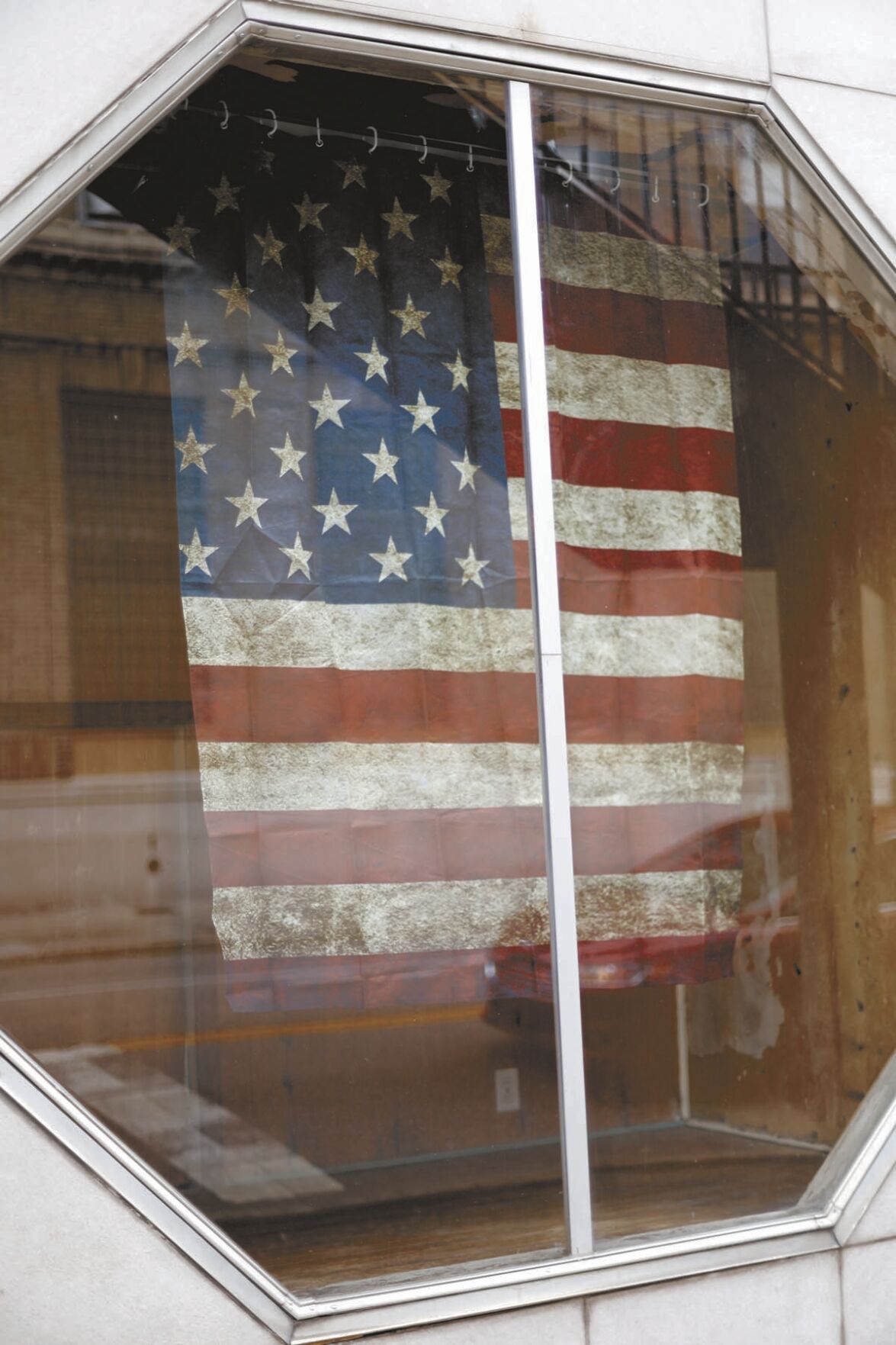 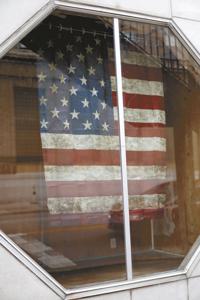 Displays honoring veterans for Memorial Day signal a change at the Parks-Belk building.

A bicycle crash, court orders and the work of sisters trying to honor their father’s legacy are all parts of a larger story that may contribute to the renewal of a large part of Downtown Morristown, otherwise known as the Parks-Belk Building.

But that confluence of events may have come too late to save another Downtown landmark, the old Bradley Hardware Building which sits behind the Parks-Belk Building on N. Cumberland Street.

“This is a major work in progress,” said Debbie Miller, who is spearheading the project. “It’s not going to happen overnight, but we’re doing our best and our major goal right off the bat is to get it pleasing (to look at) on the exterior so people want to walk by and see what we’ve got going on.”

In October, a man riding his bicycle crashed into a plate glass window of the Bradley hardware building.

With the broken glass and the building being exposed to the elements at the street level, the Morristown Police Department contacted the city’s codes department so the owner could be contacted and the window boarded up.

When the window of the building was inspected, officials discovered a hole on the main level of the Bradley building large enough to drop a car through.

Warning signs that the Bradley building was in trouble have been evident for some time.

The old Cherry Café building, the small diner just to the south on Cumberland, has seen its roof, and then its floor, collapse.

The city had complaints filed about debris from the roof of the Bradley building and a citation was issued a month prior to the window break. But when inspectors entered the building, they realized the entire building was in similar shape.

A leaky roof that includes a hole the size of a large pizza pan allowed the building to be exposed to the elements. That affected every floor of the building as rain water cascaded all the way to the basement.

The floors in many other areas had grown rotten, soft and unsafe to walk on. Algae had grown to a carpet thickness in some areas and stairwells are littered with the bones of small animals.

City inspectors immediately began the process of bringing the building into compliance with code.

On November 9, a court order was issued to the building owner, B & M Investors, LLC, to hire a structural engineer within a month’s time.

Steve Nielson, development director for the city of Morristown, said the goal was to get the building secured.

“We kind of came up with a plan,” he said. “First, we had the broken window. In the back of the Bradley building there was a big hole in the wall and the roof had to be taken care of, and we gave them a timeline to do it. We went to court and the judge agreed with our recommendations.”

It took a little longer, but they got the report on December 23 and the issues were to be resolved in 60 days.

Those 60 days passed, and the city had not heard from the owners.

In March, a court issued a summons for everyone in the ownership group, not just the registered agents for the property.

It owns several buildings in the same downtown block, including the Parks-Belk building on West Main Street.

When the summons arrived for the Miller family, Debbie, one of Bob’s daughters, said the family was not aware of the condition of the building.

“They sent us a letter letting us know, and that’s how we became aware of what was going on,” she said, “The other two (owners) work all the time, so I volunteered to help take care of paperwork to help get us up to compliance.”

On April 23, paperwork was filed to name Debbie Miller as a registered agent for the business. The business status was changed back to “Active” and missing annual reports from 2018 through 2020 were submitted.

Miller said she was retired so she had time to work on the buildings.

After inspecting the Bradley and Parks-Belk buildinsg and consulting with the city and an engineering firm, Miller said the Bradley building would be too costly to repair.

Nielson said that the city of Knoxville had done this with one of their buildings to great effect.

Inspections in the Parks-Belk building revealed a facility that was in much better shape. Miller said getting the building is ready for a new phase in its history and is her focus now.

Miller is looking at all sorts of ways to help get the building into better shape.

Heather Blackmon Brooks, the director of downtown development at the Morristown Area Chamber of Commerce, has helped Miller with grant applications.

“She’s been extremely helpful,” Miller said. “She and Steve have gone out of their way to be nice and help us and point us in the right direction.”

Debbie said the enormity of the project is the main obstacle to overcome, but she wants people to see that they’re making progress, so the first thing they did was clean out the old store windows and plan to decorate them for holidays as they work on the building.

The first displays were put up in time for Memorial Day.

Debbie and Kim Johnson, her sister who drives down from Kentucky, now share working to get the Parks-Belk building ready for development.

Miller said she and her sister are working hard to turn the building into something the city will be proud of. She said the 1907 Brewing Company, which occupies the building across Main Street and recently won a preservation award for their renovation efforts, is an inspiration.

She said her father was a generous man who was constantly caring for other people, and he would have made sure to preserve the buildings. Even though they have just become aware of the extent of the situation, the sisters said they wanted to make sure they honored who their father was and do what they can to contribute to the betterment of the downtown. Miller thinks there is a bright future for the Parks-Belk building.