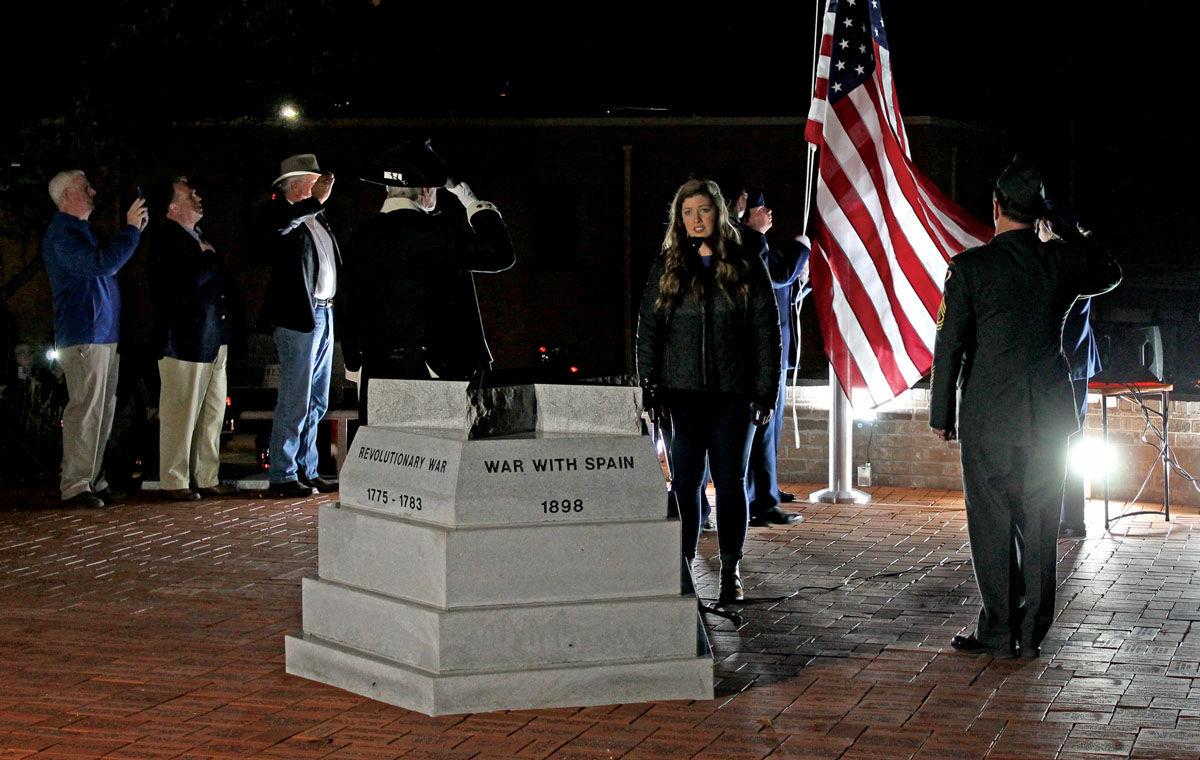 Veterans salute the flag during a performance of the National Anthem during a dedication ceremony for the Hamblen County Veterans Memorial Tuesday night. 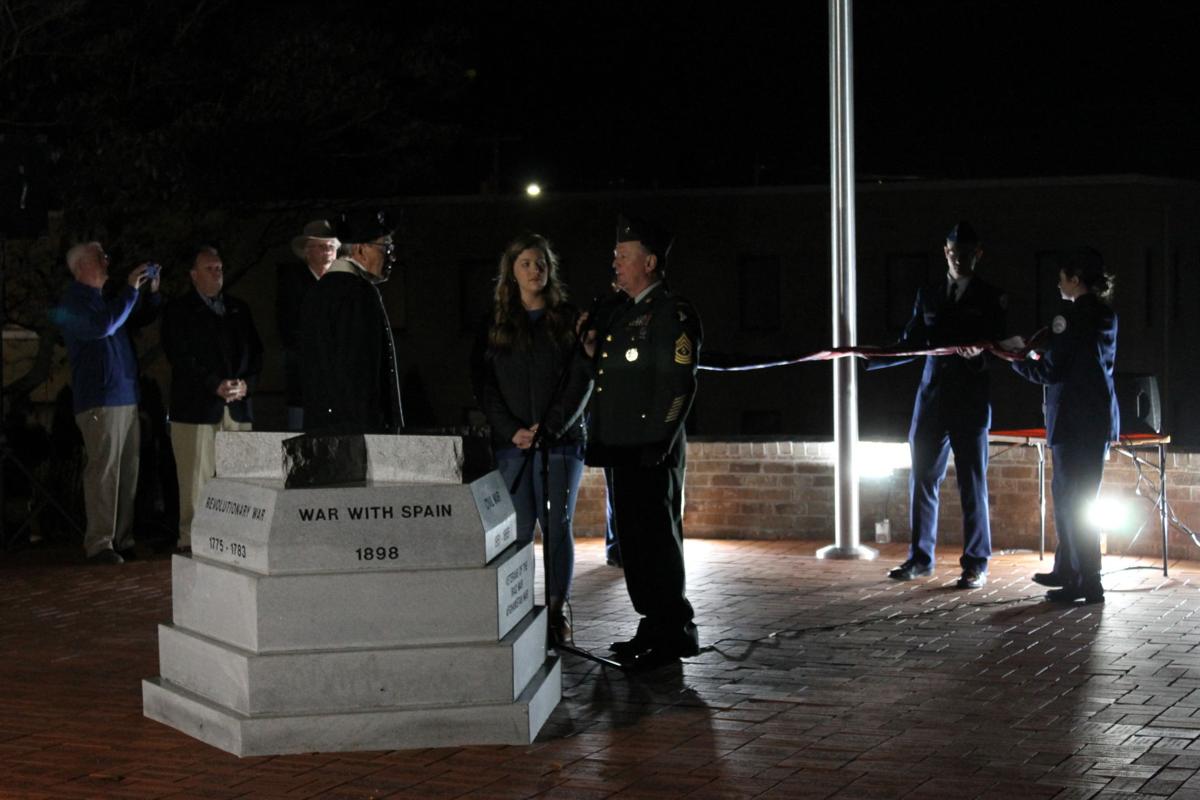 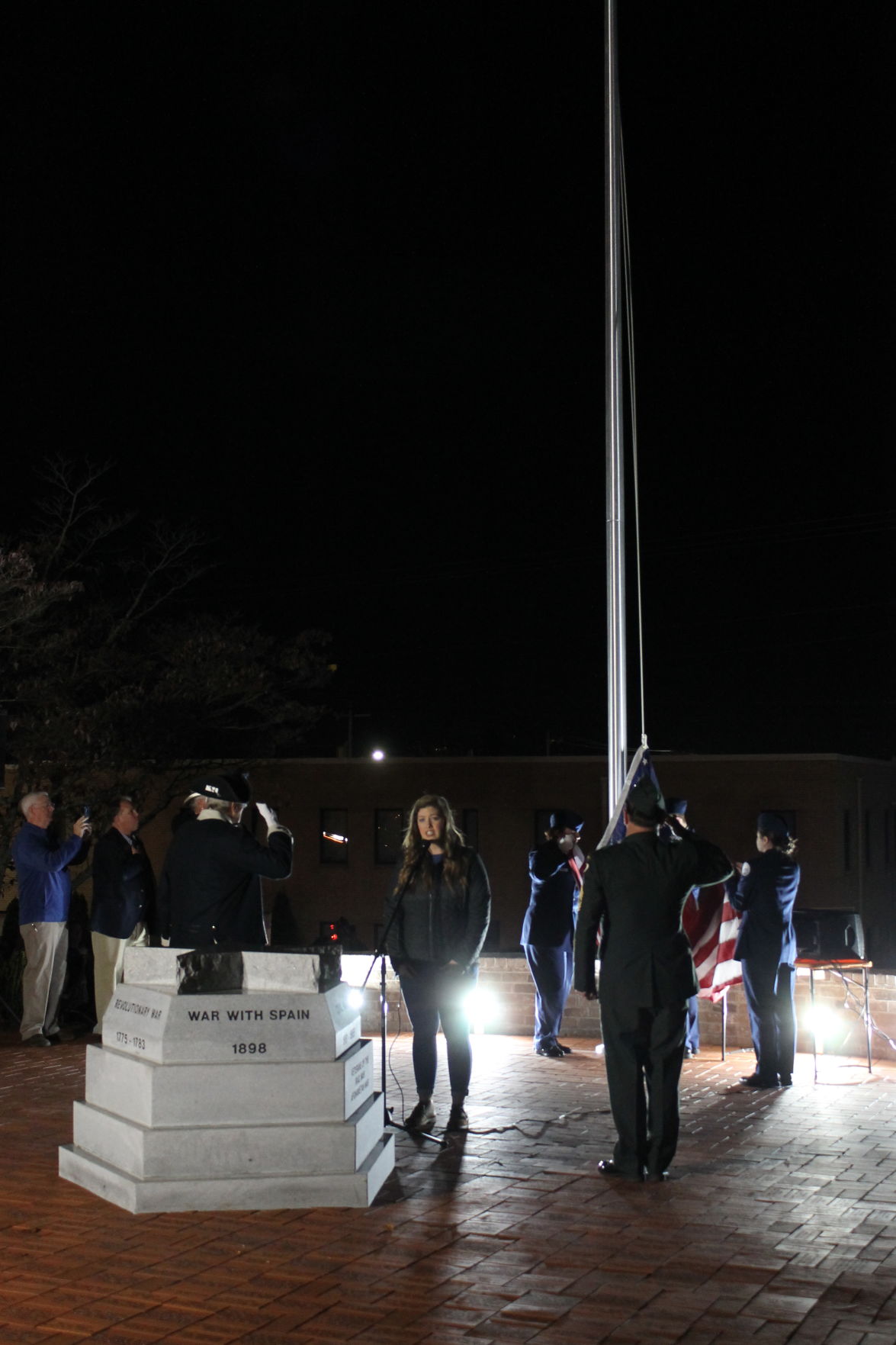 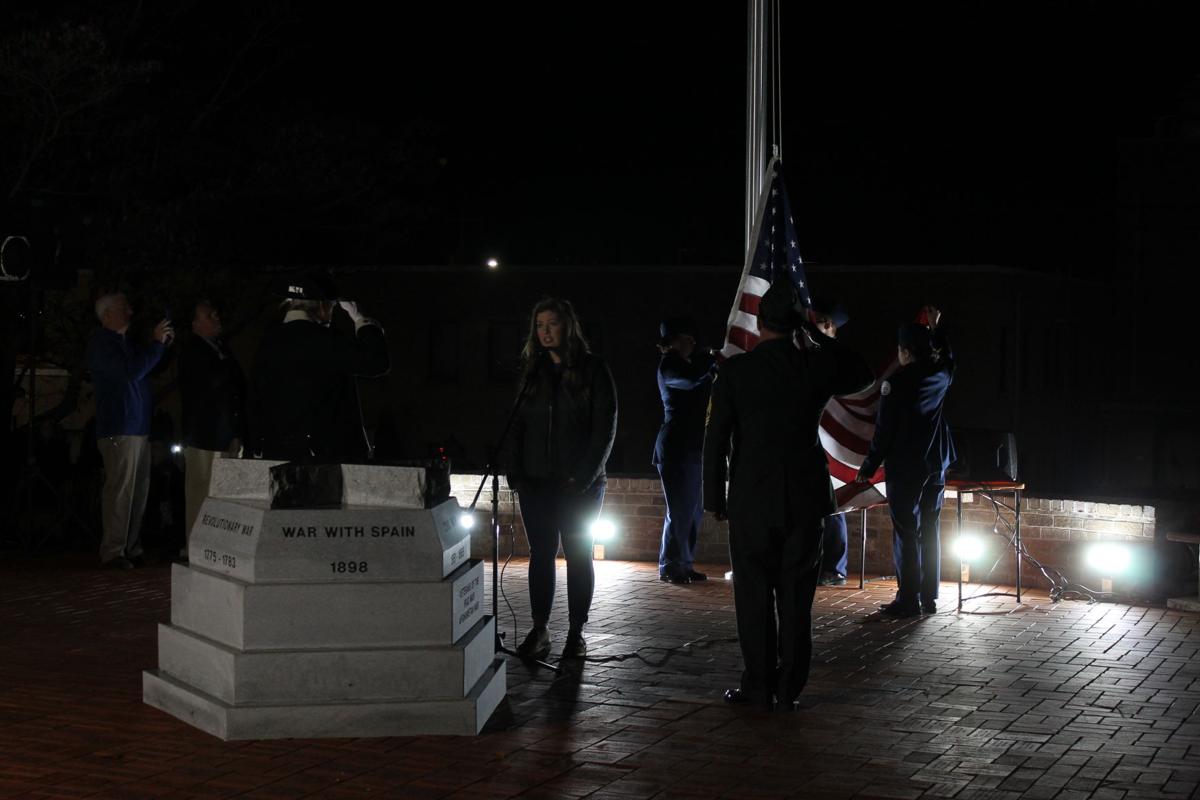 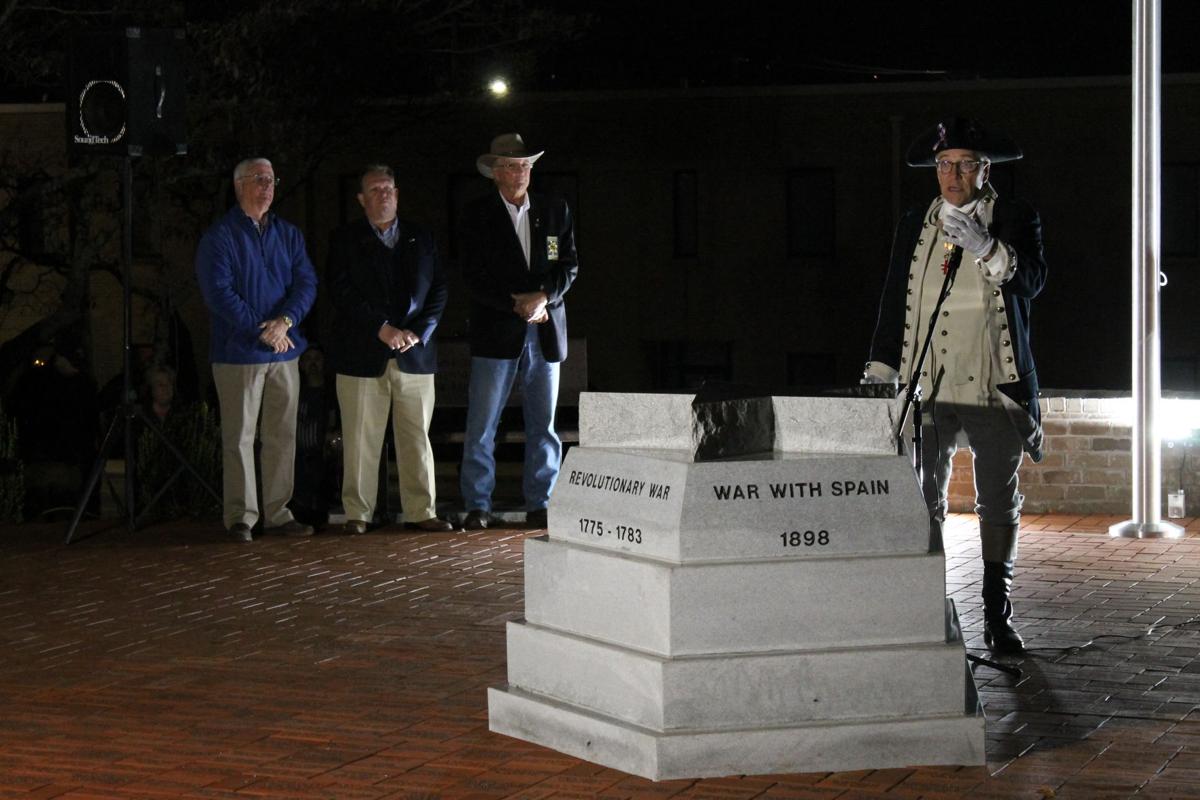 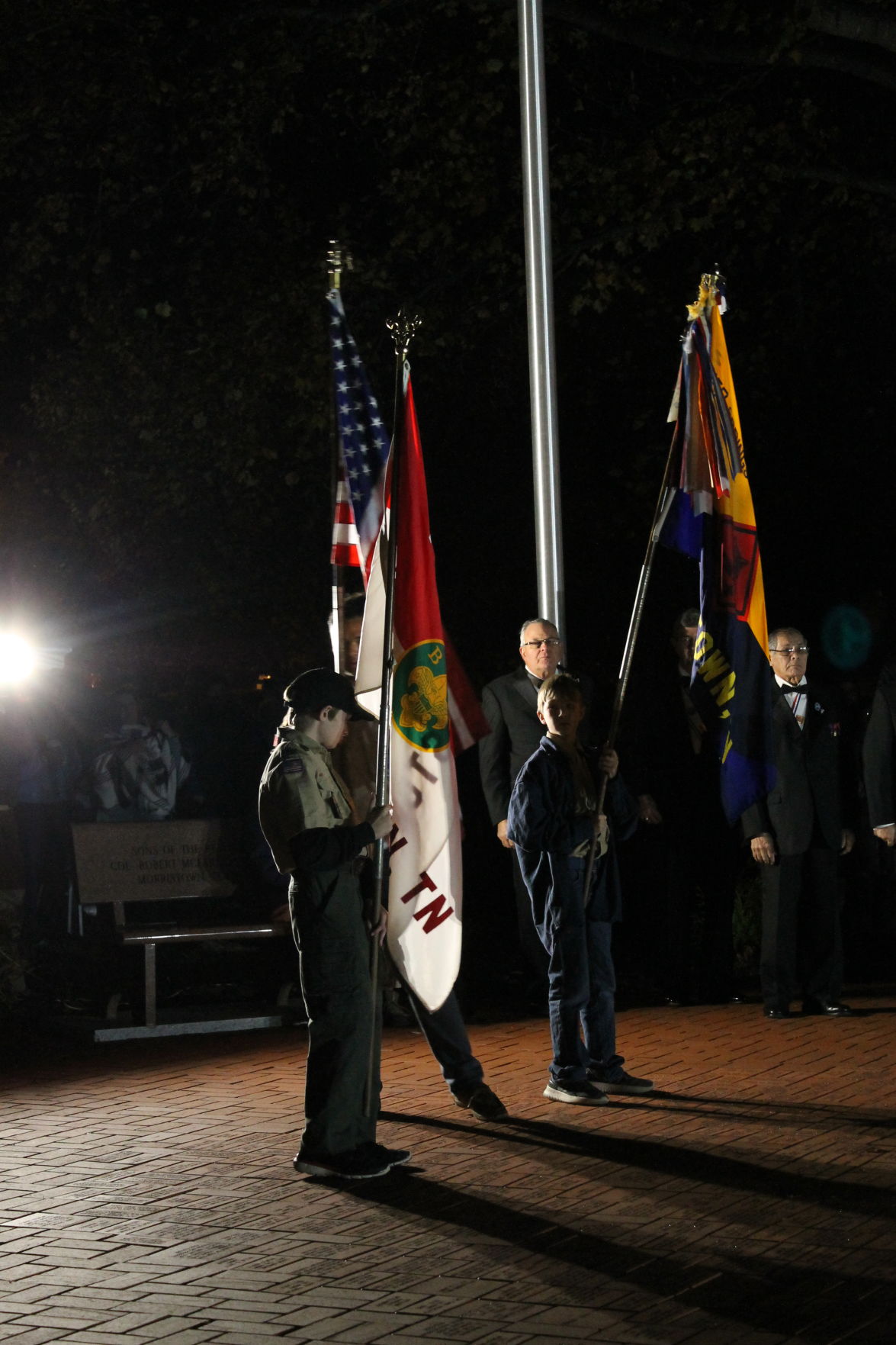 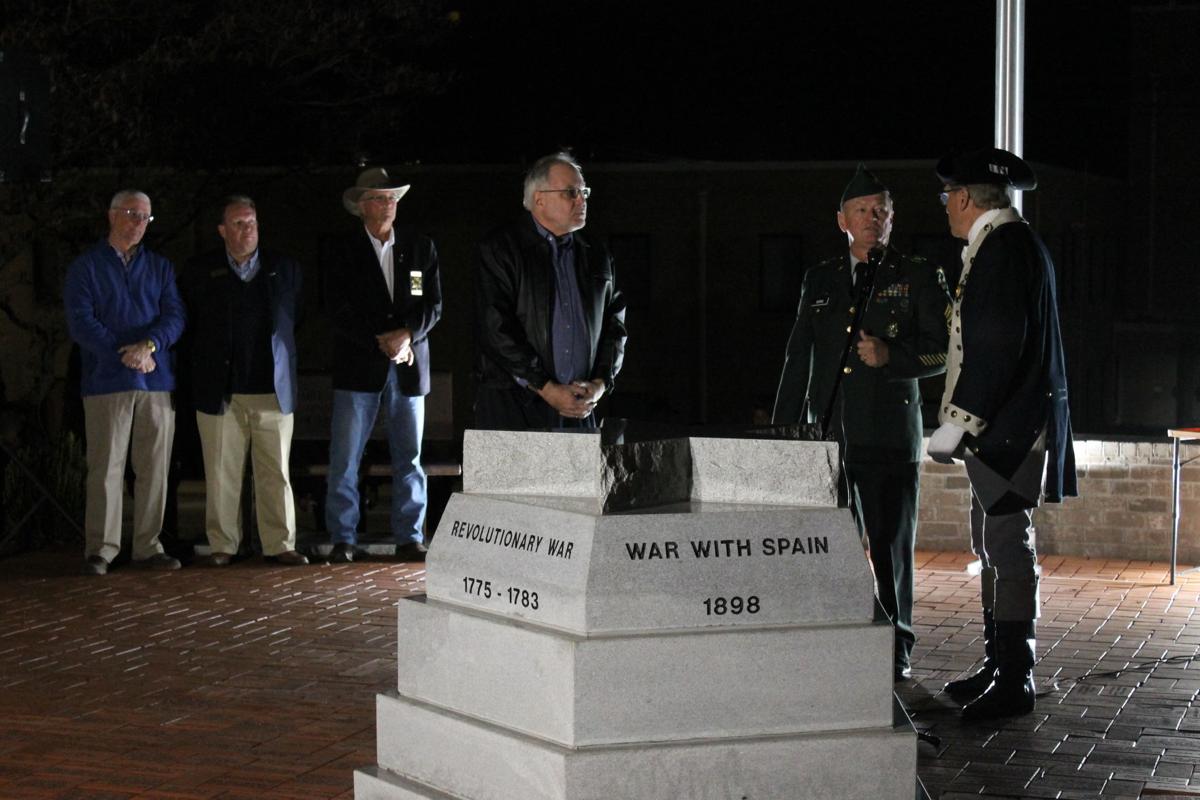 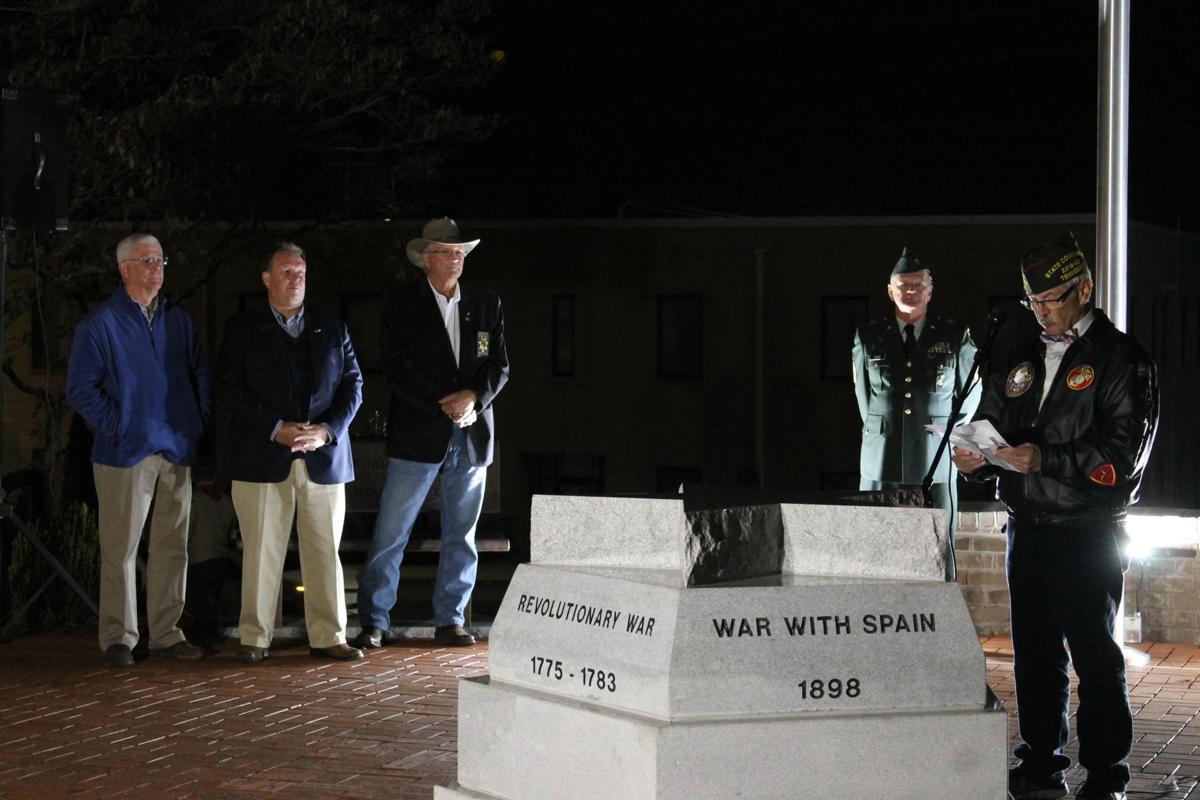 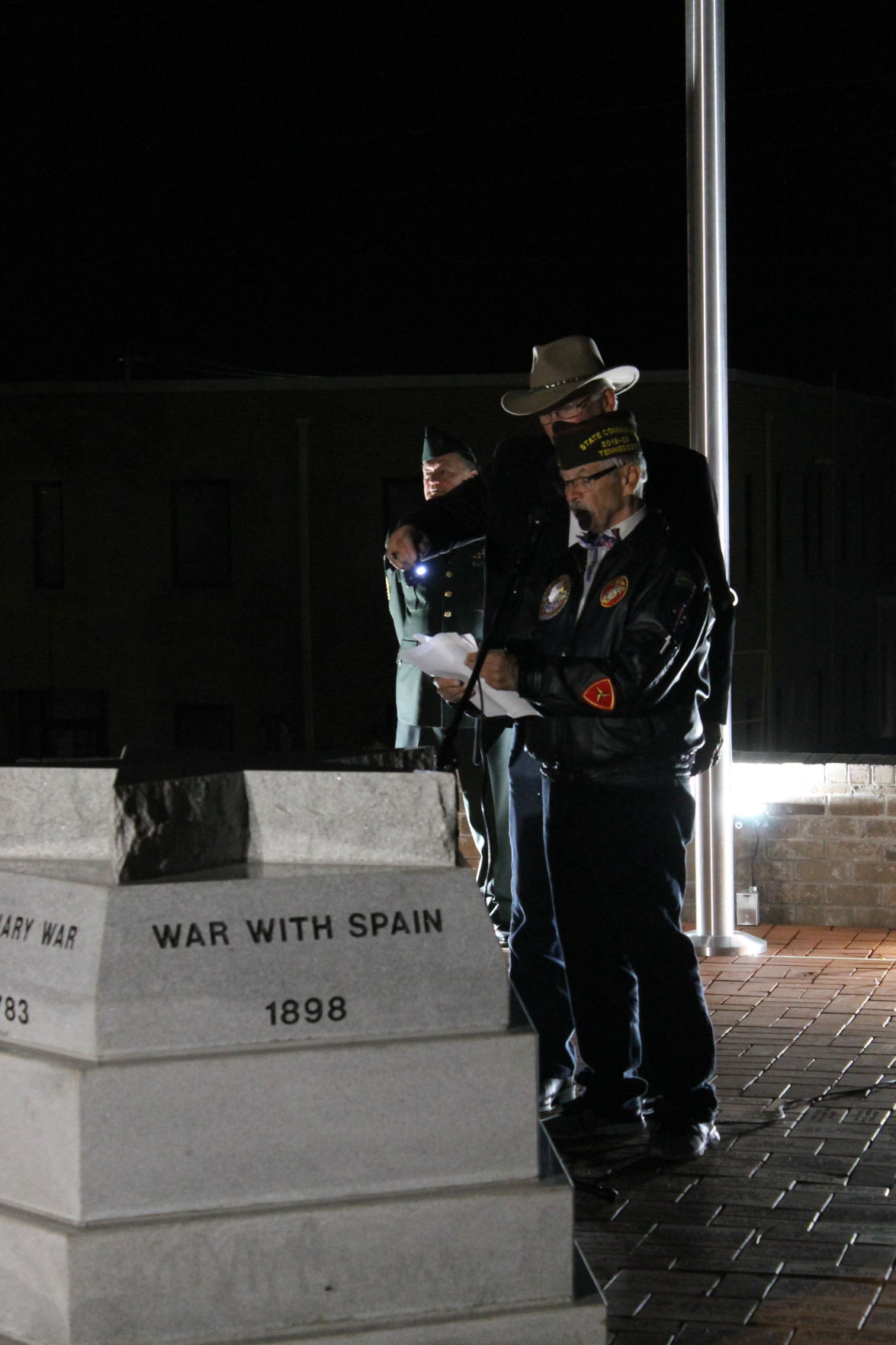 Veterans salute the flag during a performance of the National Anthem during a dedication ceremony for the Hamblen County Veterans Memorial Tuesday night.

It was more than two years in the making.

But, finally, the Veterans Memorial at the Hamblen County Courthouse was dedicated and opened to the public Monday night, directly after the Veterans Day Parade.

David Rutherford, state president of the Col. Robert McFarland Chapter of the Sons of the Revolution, led the event, which displayed the newest monument in Hamblen County, honoring those who served.

A ring of flags blew in the night wind above him, along with the American flag in the center.

The Col. Robert McFarland Chapter has worked on raising money and building the memorial for more than two years. Almost 150 people showed up to the event, along with city, county and state officials.

The memorial, which sits in the center of the Courthouse lawn off First North Street, features bricks with the names of veterans and loved ones in the center. It is surrounded by a small brick wall and benches. The American flag, along with the flags of all five branches of service and the POW/MIA flag also fly above.

As the ceremony began, the combined East and West high schools Air Force JROTC presented the colors and Boy Scouts brought in the flag to be raised. The American flag was unfolded and raised above the memorial then the crowd sang the National Anthem.

Rutherford thanked those in attendance.

Tim Goins, county commissioner and also memorial committee member, spoke for a few minutes, telling the crowd the organization was still taking donations and that anyone wishing to buy a brick could still do so.

Goins said there were still more than 4,400 bricks available that could hold names.

A combined honor guard of veterans then fired off a 21-gun salute and “Taps” was played.

Daryl Brady, aide to U.S. Rep. Phil Roe, R-Johnson City, also made remarks. He said Roe, who himself is a U.S. Army veteran, sent his thoughts to those attending and to the veterans who served.

Brady asked for veterans in attendance to get involved with the District Congressional Office’s Veterans History Project. It is an initiative led by U.S. Army veteran and East High School graduate Terry Harris, who is recording the stories of all those who served.

Lloyd Hansen, state commander of the Veterans of Foreign Wars, also made remarks.

He said that it is a day where the millions who have served are recognized.

Hansen also said it was a day of reflection.