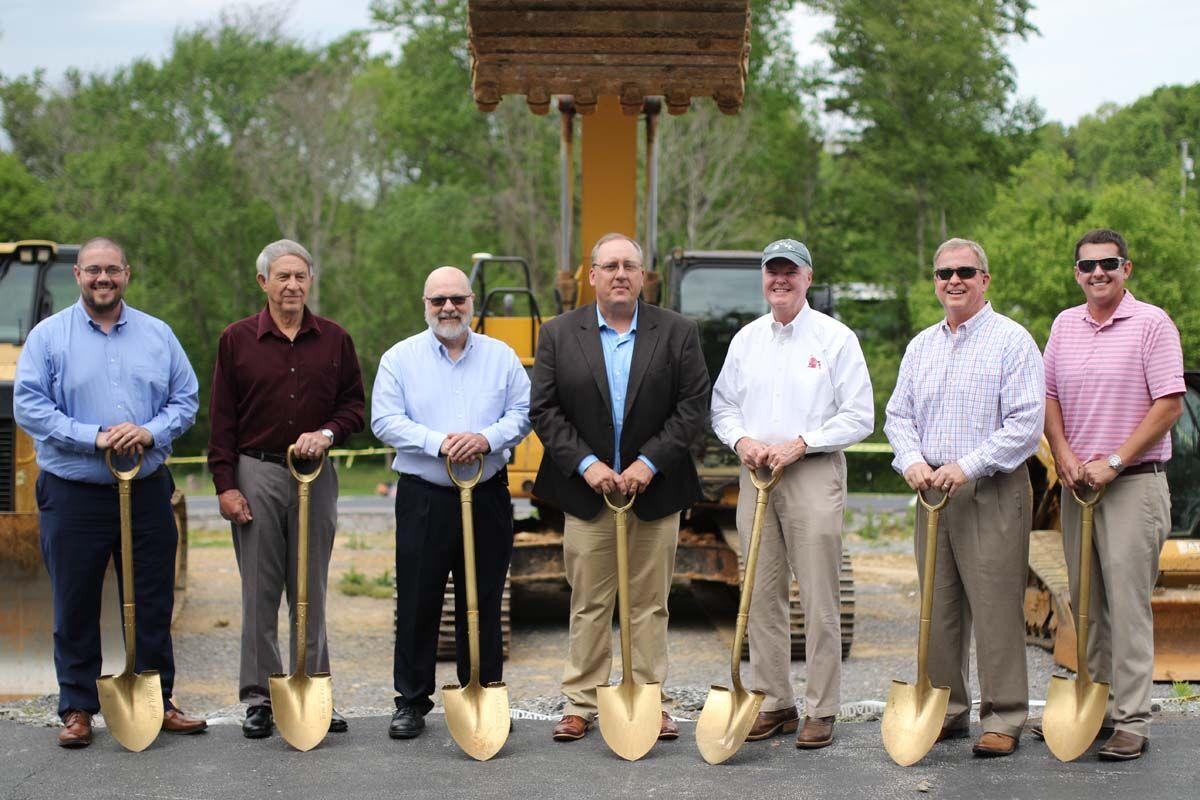 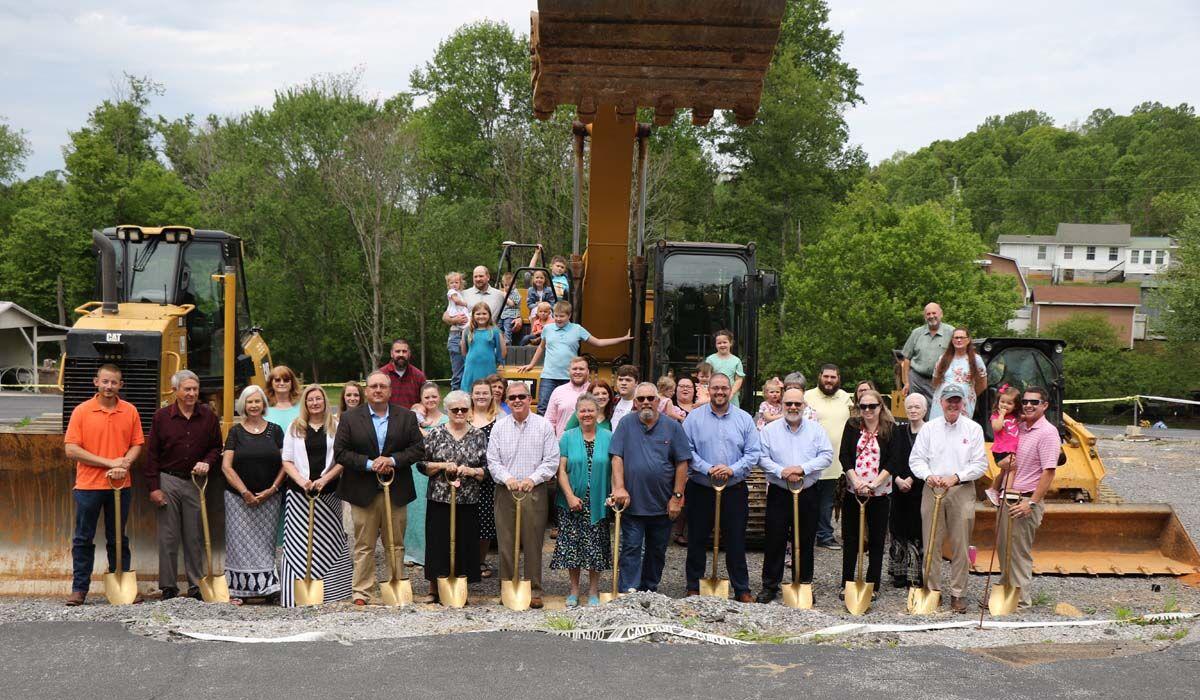 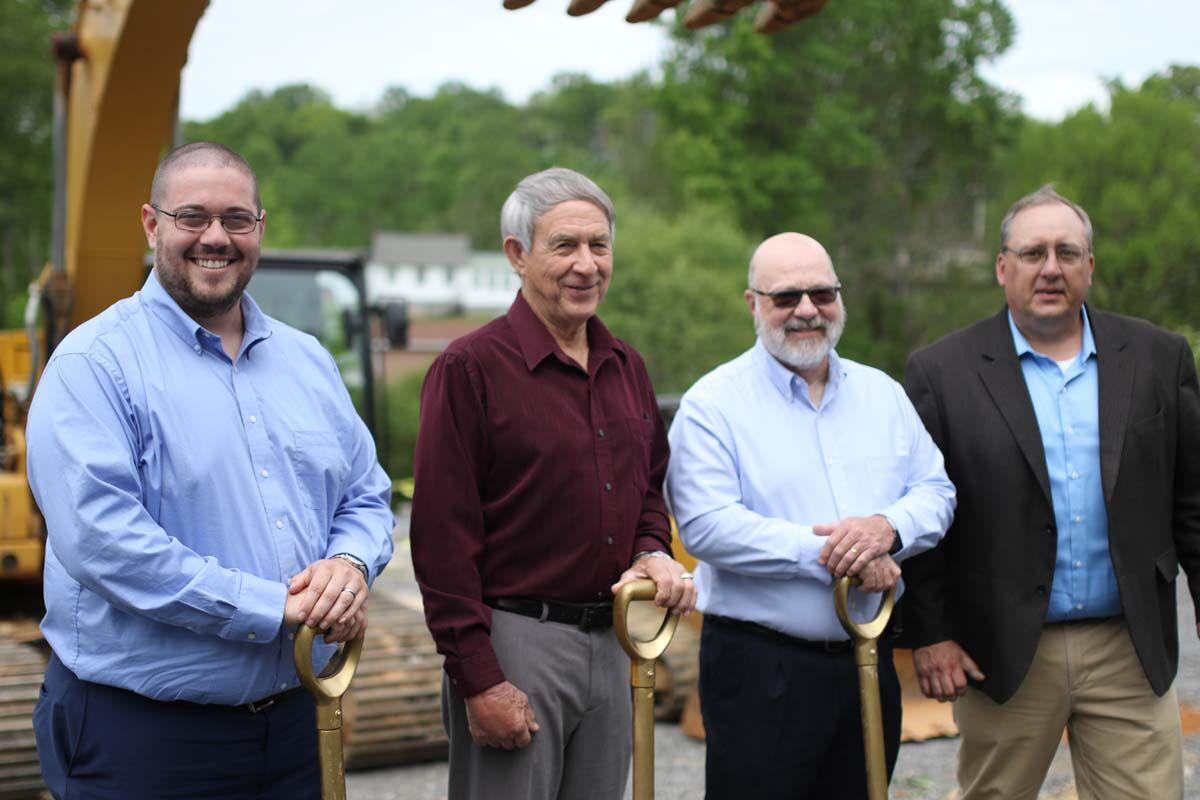 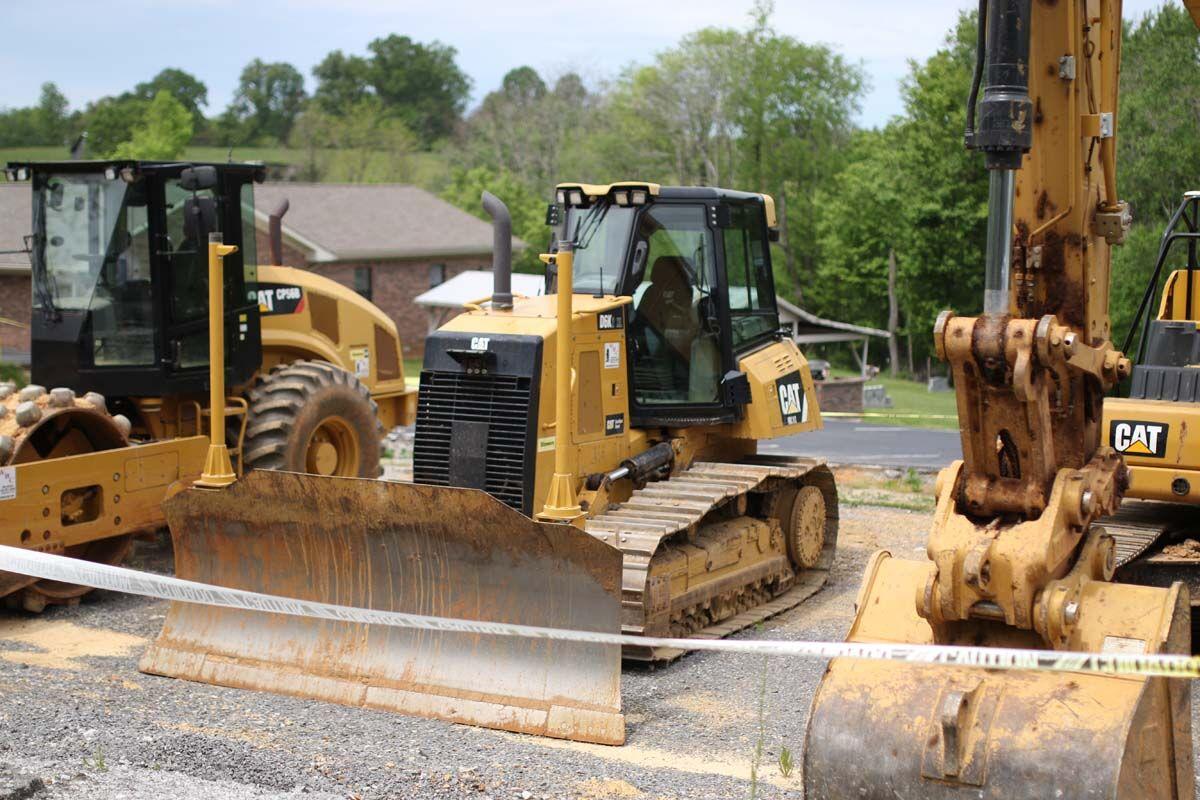 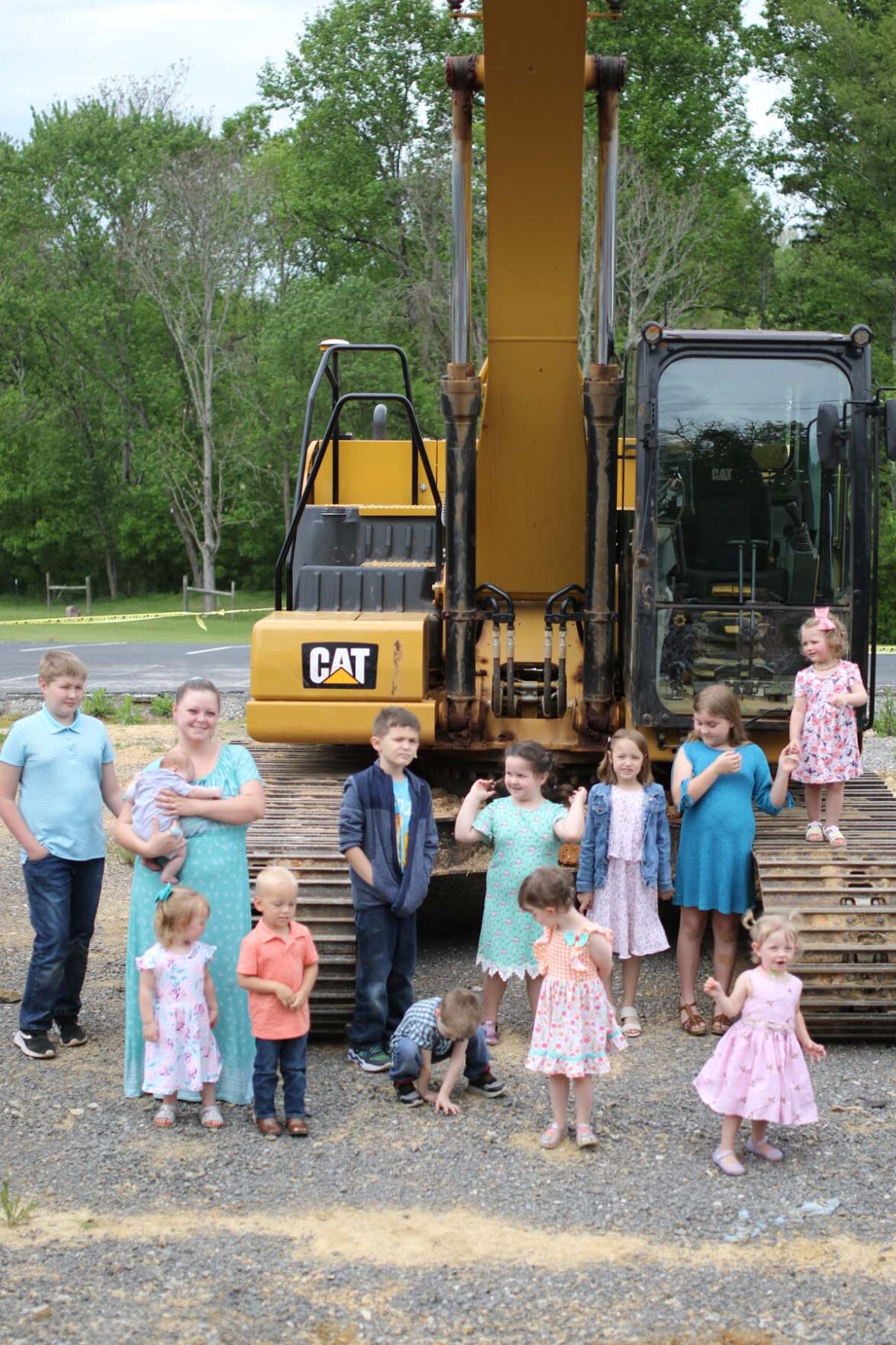 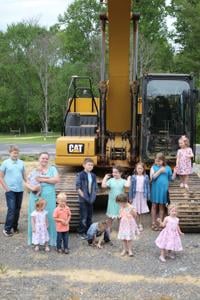 A group of children pose in front of a digger at Roe Junction Baptist Church Sunday. 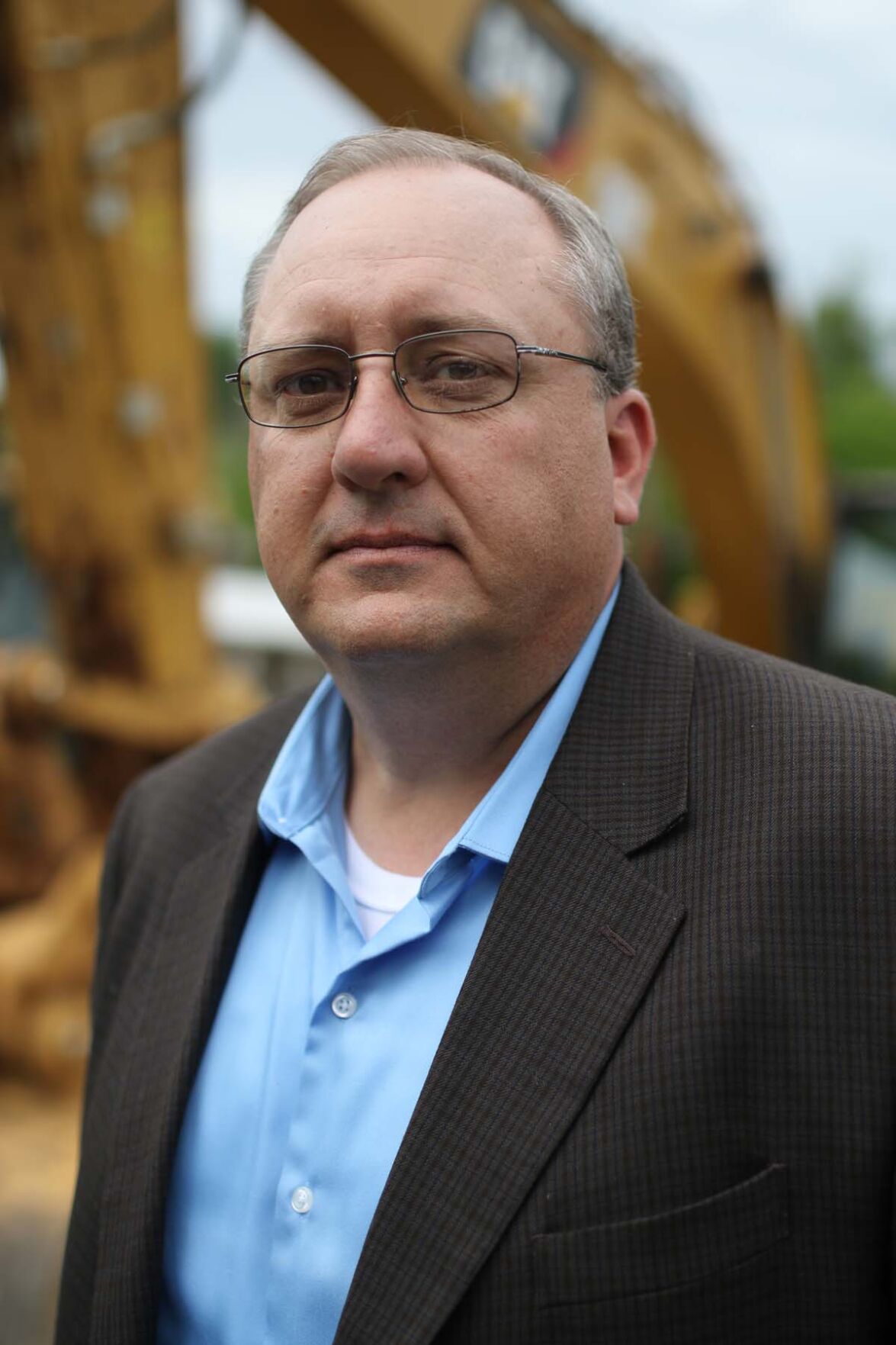 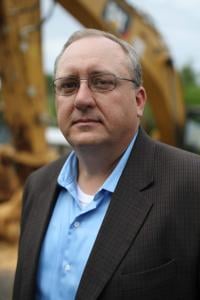 The past year has been difficult for the congregants of Roe Junction Baptist Church, but this Sunday they gathered around the empty lot where their former church building had burned down and celebrated the groundbreaking for a new building.

Wild Building Construction representatives were on hand to join with the church in marking the milestone.

David Wild, owner and president of Wild Construction, said Wild Construction was blessed to be able to step in and help with the project after the passing of contractor Gary Epps, who had started the rebuilding project with the church and had succumbed to COVID-19 earlier this year. He said after Pastor Jason Lemka gave them a call, Wild called Builders for Christ, who agreed to come in and partner in providing much of the labor for the project.

“We’ve got over 300 volunteers signed up to come and help during a three month period starting in June and finishing in August,” Wild said, “They’re from all over the country in eight different teams- some are retired but some take vacations. They pay their own way, so it’s truly a Godly mission to help the church.”

Wild will be starting to excavate for a basement and work on the foundation over the next month in order to be ready for the teams to start their part of construction.

Linda Turner, Sunday school teacher, said they were glad to have their new church home.

“We’re excited- we’ve waited a whole year, and it’s going to be a lot of work but we’re ready,” she said, “It’s going to be good to have a church to worship in together, and Sunday schools classrooms with doors.”

Pastor Jason Lemka was grateful that groundbreaking day had arrived.

“I think it’s amazing to finally look- it’s been over a year now of planning and talking and getting things in order, and the challenges we’ve experienced, especially with Mr. Epps passing away. It’s been a struggle to get here. I was preaching this morning and I could see the construction equipment out of the corner of my eye up on the hill and it looks awesome to see something here and step to moving forward,’’ he said.

Lemka reflected on the lightning strike that had taken the building, and the subsequent way the community had rallied around the church and come together. He said that goodness had come from that terrible day.

“All things work to the good of those that love the Lord, but when it happened it really hurt,” he said, “Watching the church that had stood here for a hundred years burn, falling one rafter at a time to the ground, you can’t see how in the world that could ever be a blessing, but it has been.”