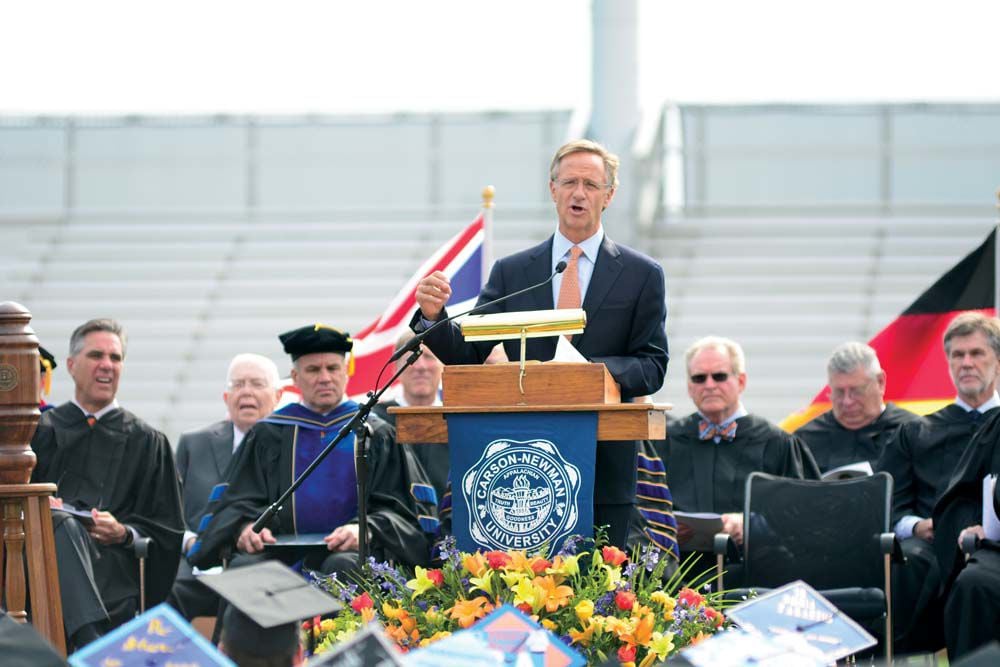 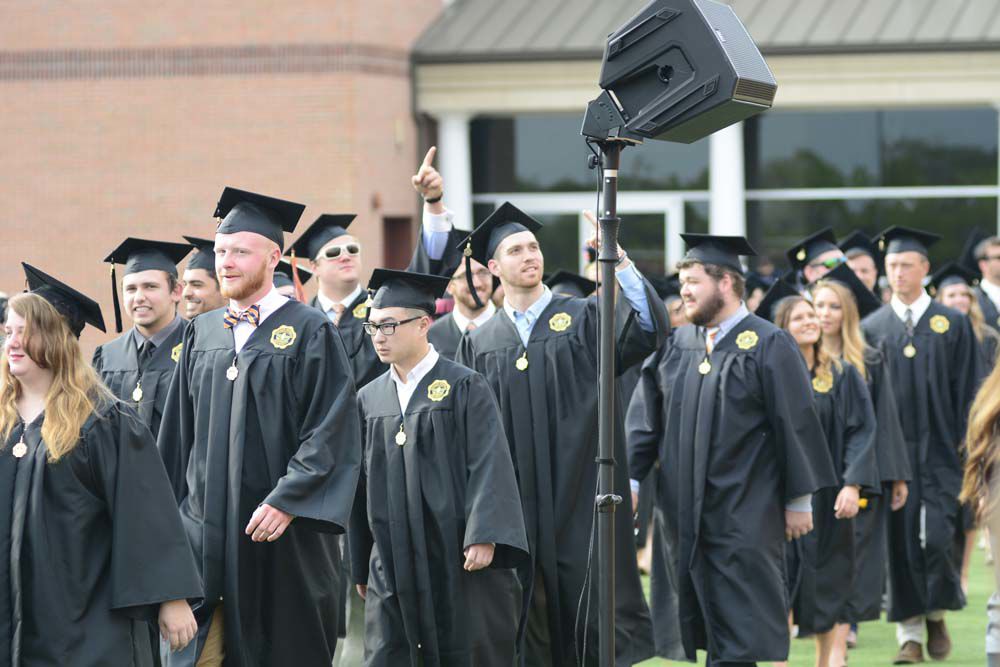 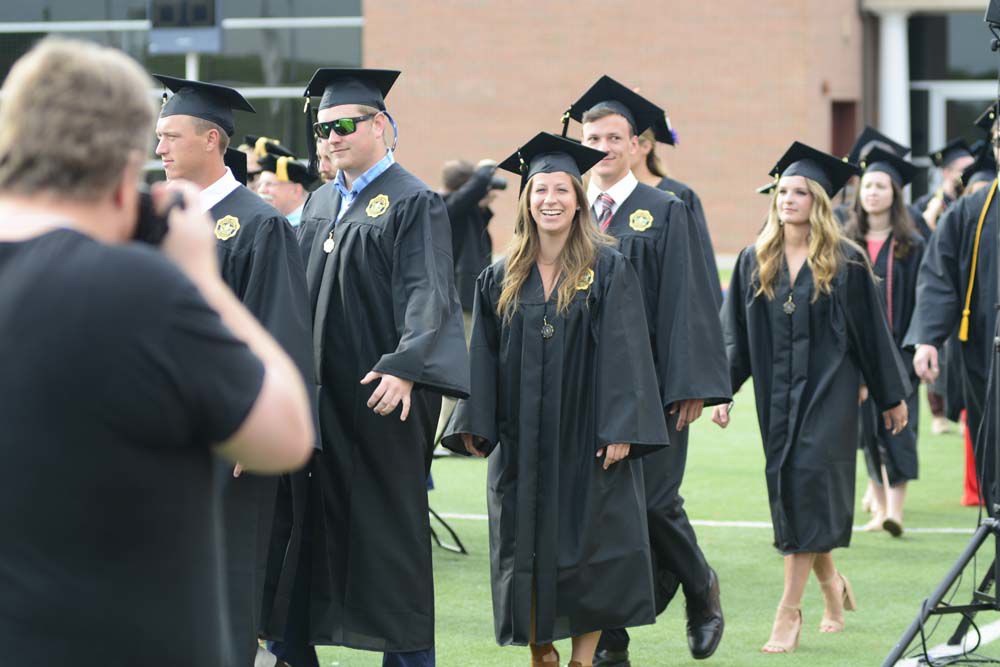 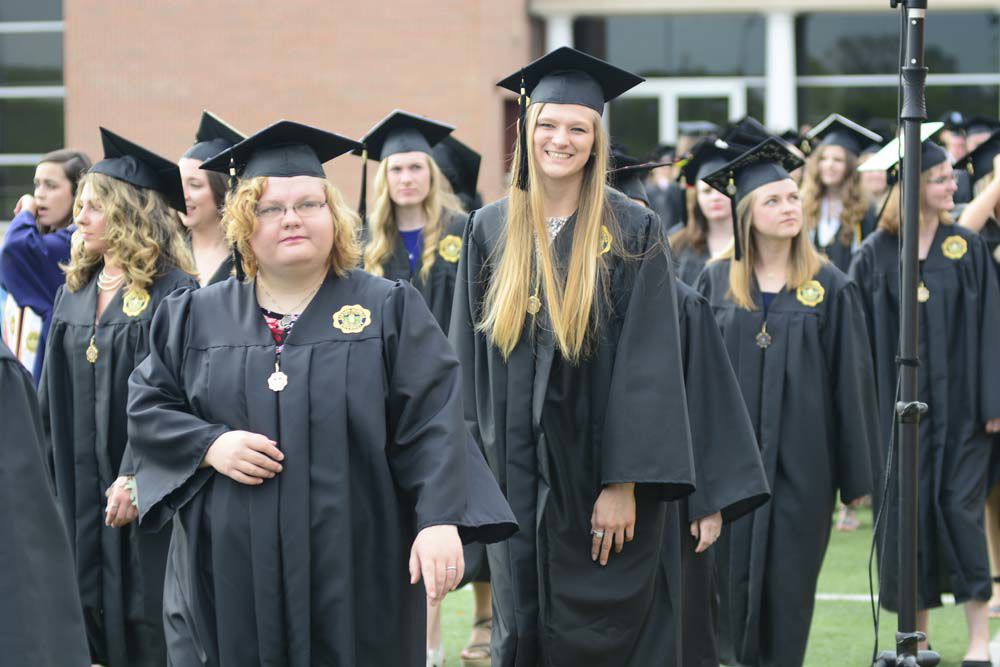 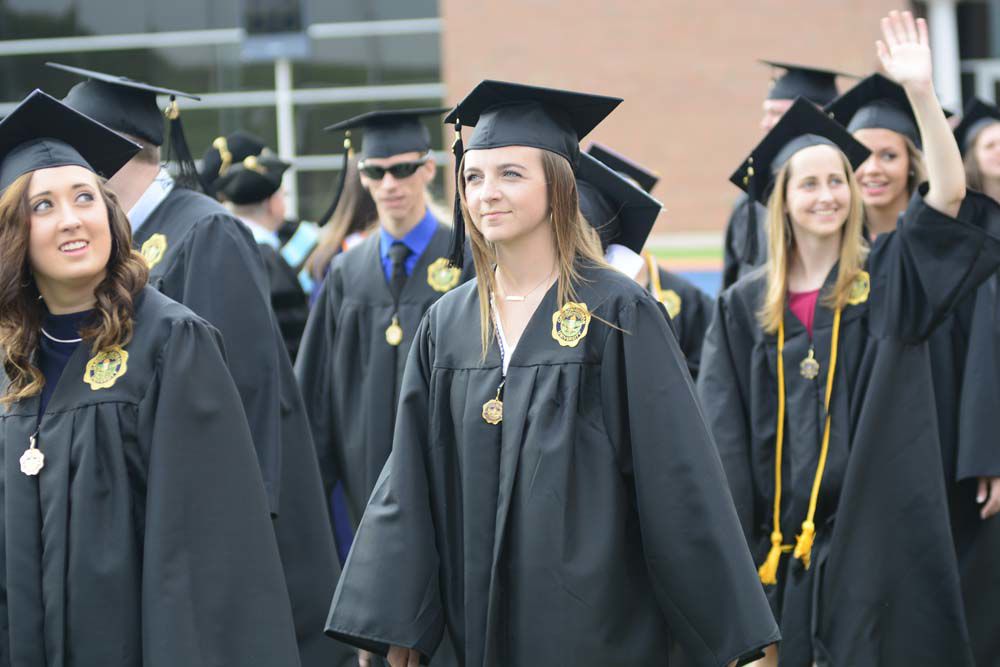 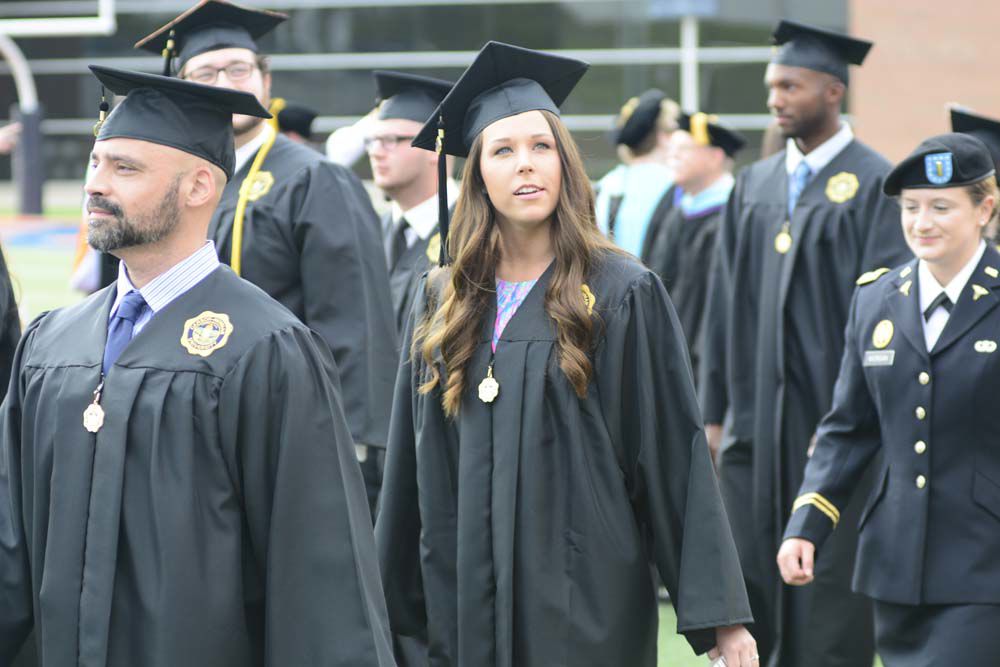 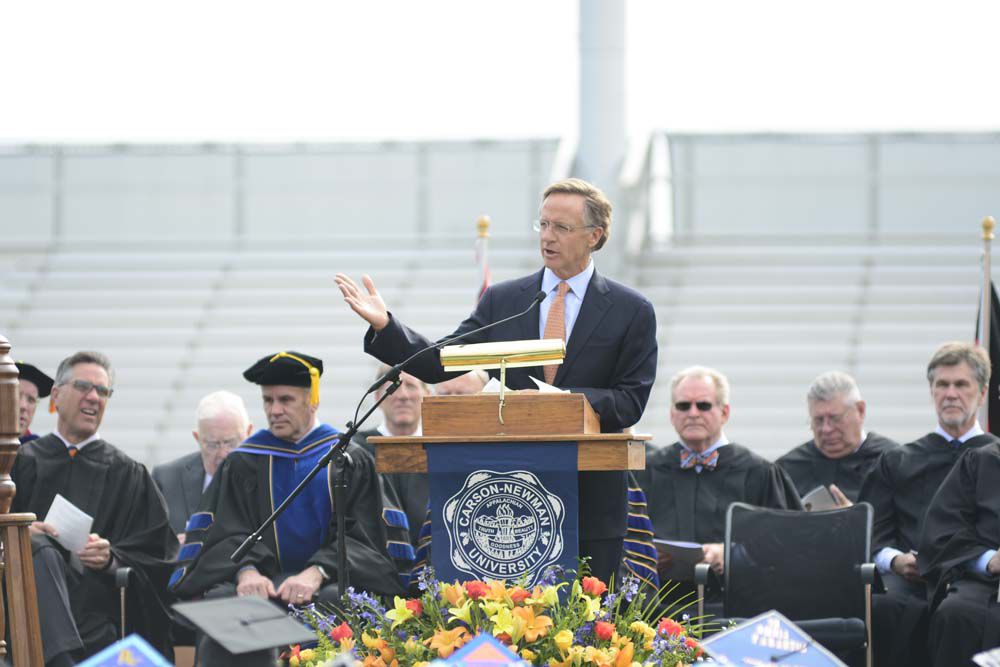 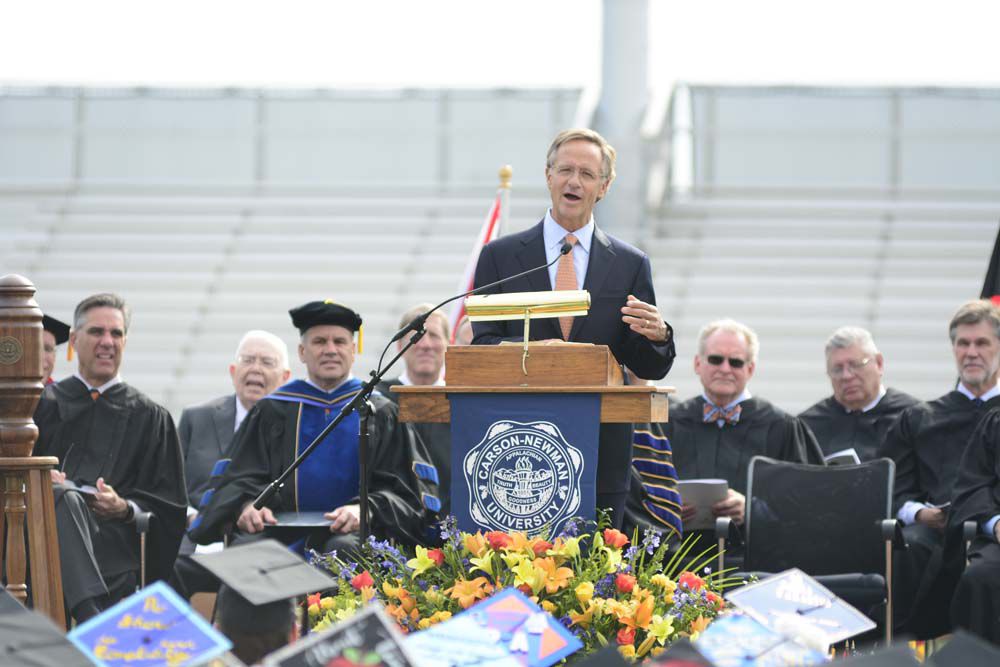 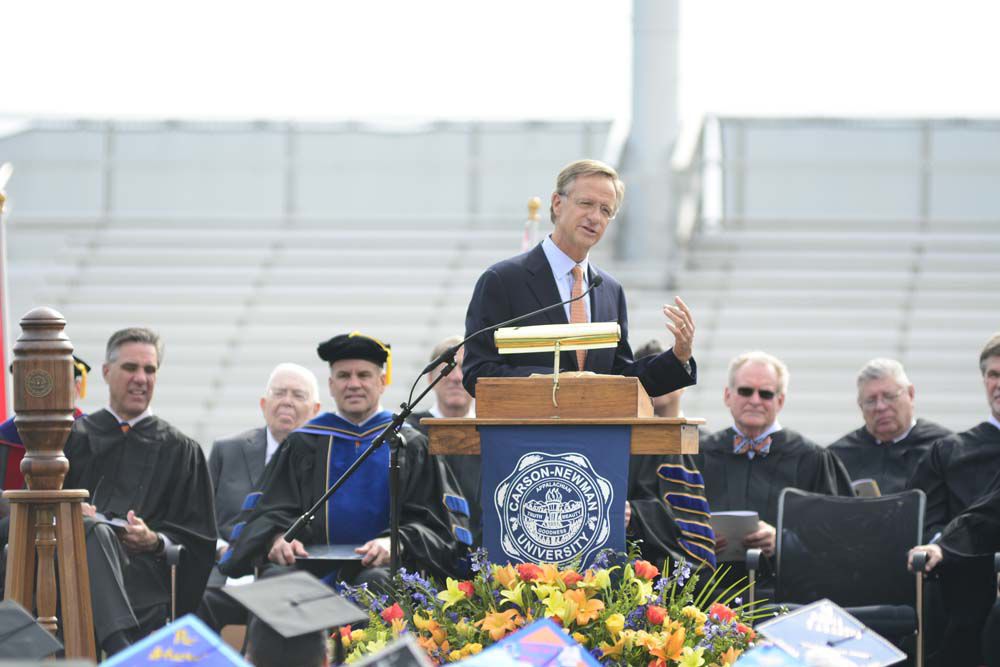 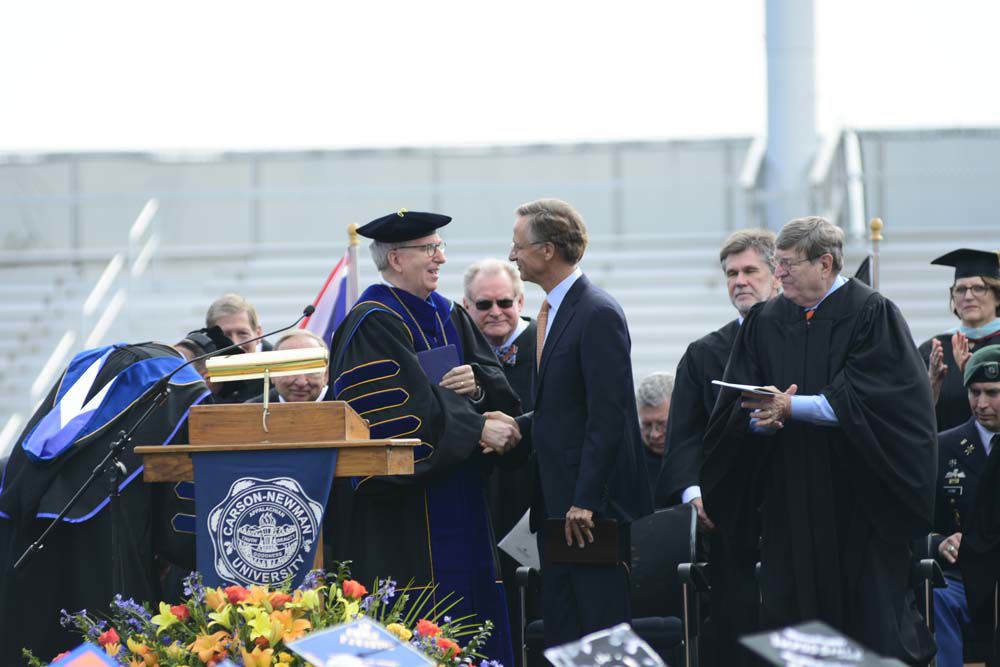 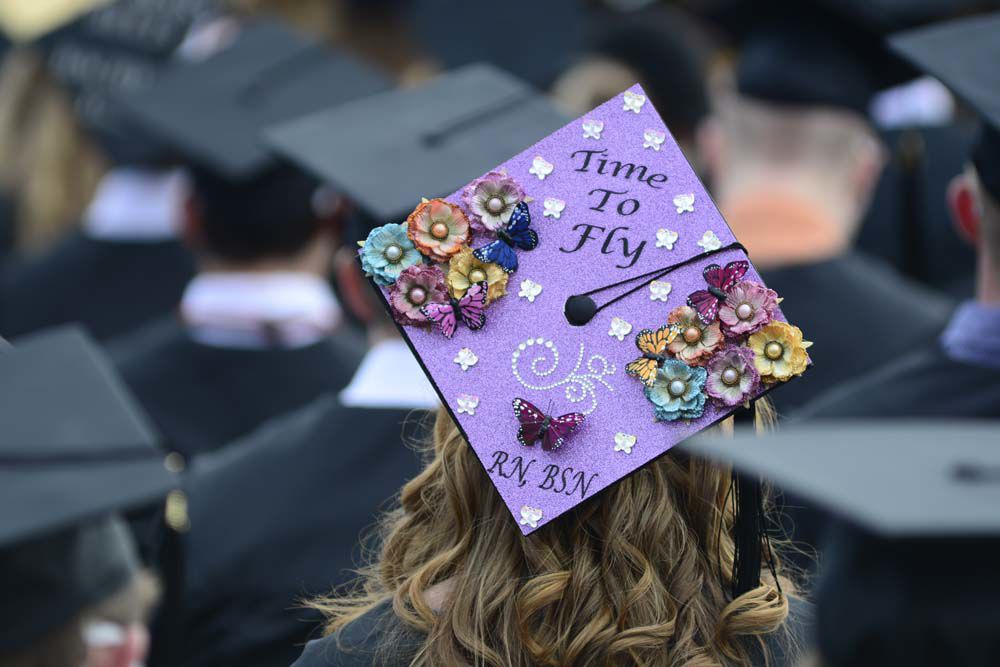 With three separate ceremonies, the day concluded with over 500 students from 32 countries receiving their college diplomas.

Haslam, who is the former mayor of Knoxville, said he has always been a big fan of Carson-Newman.

Before Haslam took the microphone, Carson Newman President Randall O’Brien informed the crowd of the many accolades the governor has accomplished since being sworn in during January of 2011.

“Under his leadership, Tennessee is recognized as a national leader in education, economic development, efficient government, and fiscal strength.” said O’Brien. “Since 2011, Tennessee students have been the fastest growing state in the country in academic achievements.

“Plus, high school graduation rates are at an all-time high. Tennessee is the first state in the nation to offer high school students and adults two years of community or technical college free of tuition and mandatory fees. Also, more than 378,000 private sector jobs have been created since he took over in 2011.

“Earlier this year, Haslam helped Tennessee’s unemployment rate reach its lowest level in state history. Tennessee is also a three-time winner of state of the year, in economic development by Business Facilities Magazine.”

Haslam, who will be leaving office at the end of the year, told the graduates that change is a part of life.

“Just like you, I will be leaving my place of residence (Governor’s Mansion) and my area of work for the past 8 years,” said Haslam. “You also will be leaving your dorm rooms and academics. However, do not be afraid, and stay faithful to your Lord.”

Haslam’s speech was highlighted by four main tips for the 2018 graduates.

Haslam’s No. 1 tip was to seek welfare wherever you are planted.

“Whatever city you are called to work in, do your best,” said Haslam. “Just like it says in Jeremiah 29, seek and you shall find. Wherever you are planted, be sure to grow.”

“Always hustle,” said Haslam. “This reminds me of Coach Ken Sparks telling his players to work hard. Please remember that there is no substitute for hard work. You will get more joy if you hustle hard in your chosen field.”

His third piece of advice was to read the Bible and be sure to be humble.

“Do not be the person who walks in the room and says, ‘Here I am,’’’ added Haslam. “Be the person who says, ‘There you are.’ Humility will take you a long way in this world because the story is not always about you.”

The Governor’s last piece of advice for the graduates was to remain faithful in the Lord.

“There have been generations before you that have set the way,” said Haslam. “Remain calm and faithful in the Lord. Everything will work out and do not panic if plans alter some.”

Despite all of the hard work of the students, O’Brien decided another group needed recognition - the faculty.

“You have been great shepherds for these students,” said O’Brien. “These graduates are your trophies of grace. I commend you for your guidance and you should be proud of your influence.