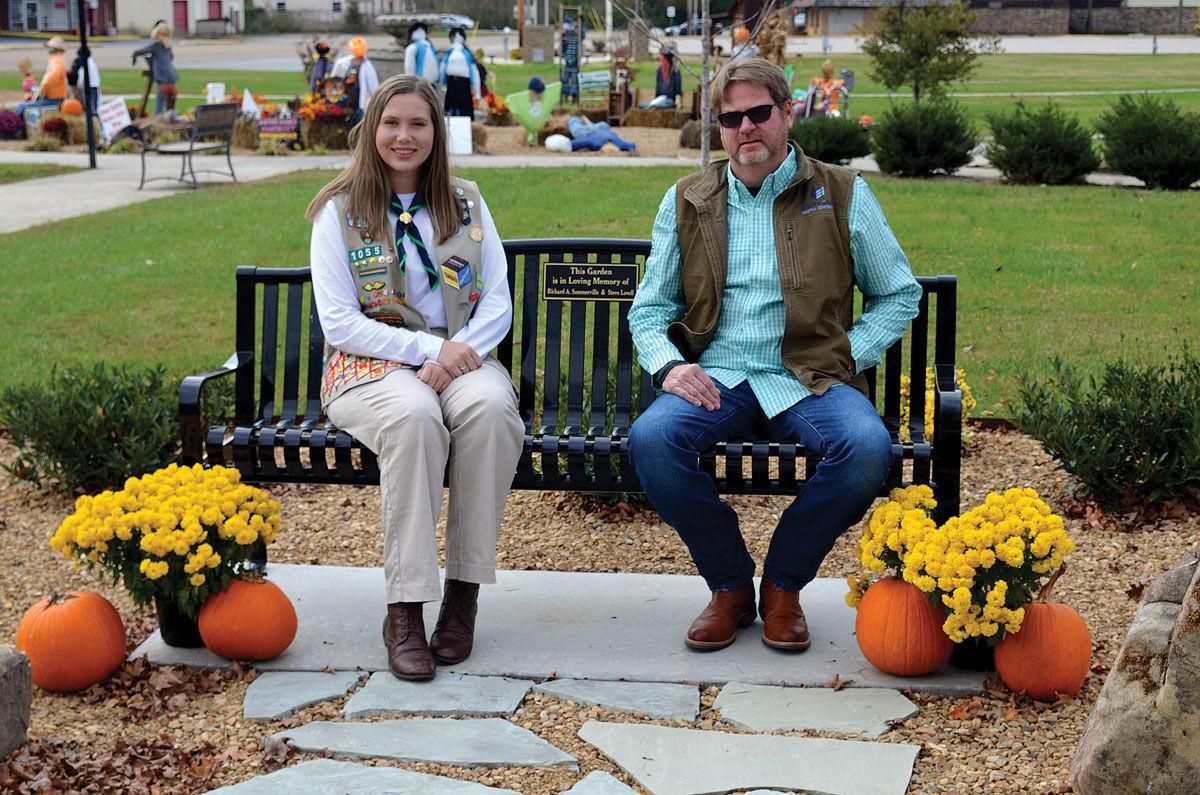 Avery Carper, left, and Kenny Noah of Southeast Industrial Construction, sit on the bench of a memorial recently erected at Harris Court Park in Bean Station. Carper, a Girl Scout and senior at Grainger County High School, earned the Gold Award for the project memorializing the victims of the Down Home Pharmacy shooting in May of 2013. Noah was responsible for the financing and building of the project. 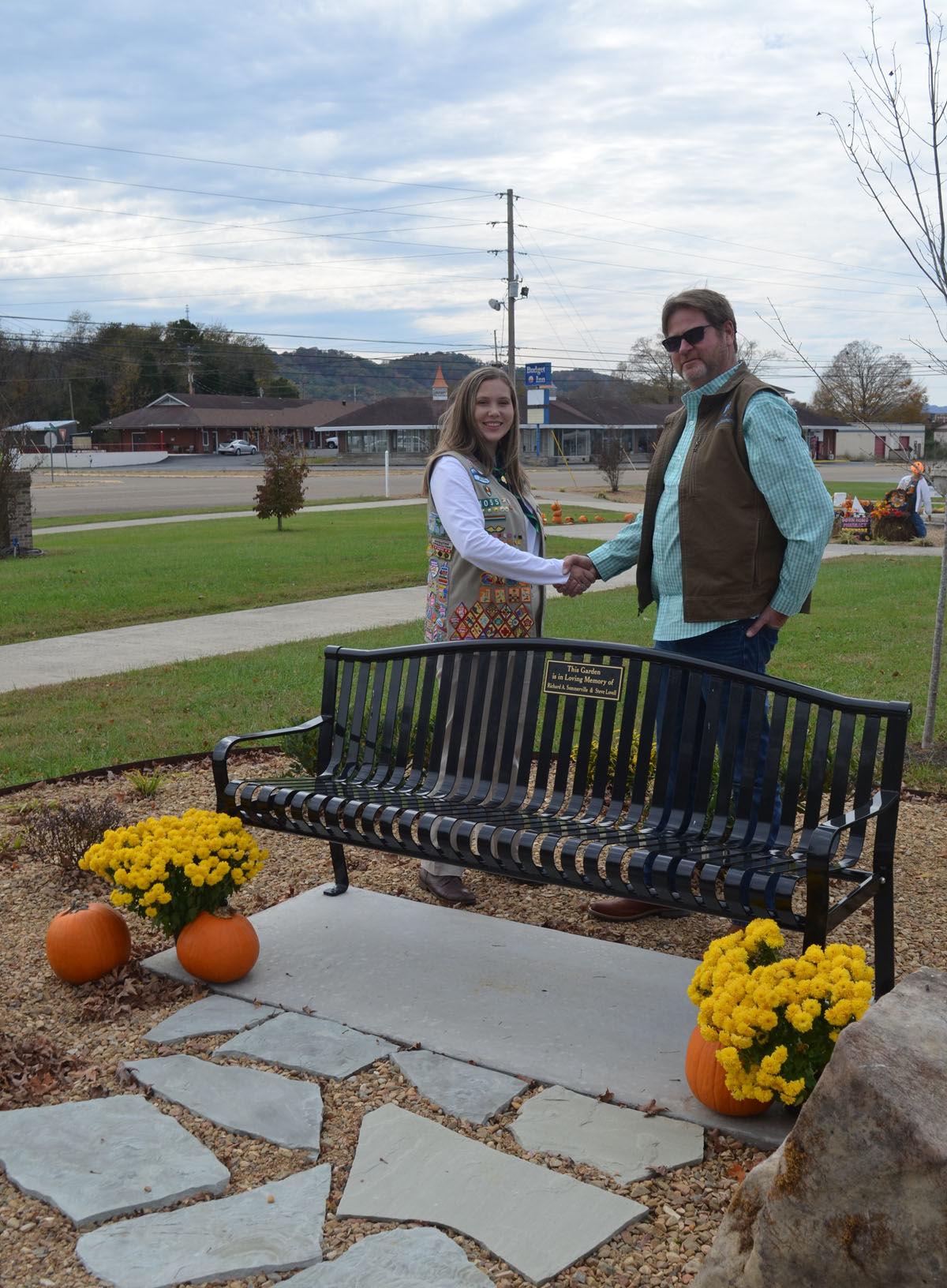 Avery Carper, left, and Kenny Noah of Southeast Industrial Construction, sit on the bench of a memorial recently erected at Harris Court Park in Bean Station. Carper, a Girl Scout and senior at Grainger County High School, earned the Gold Award for the project memorializing the victims of the Down Home Pharmacy shooting in May of 2013. Noah was responsible for the financing and building of the project.

Remembering those lost in a senseless act of violence.

That is the objective of a memorial erected at Harris Court Park in Bean Station. It was the Girl Scouts Gold Award project for 2020, created by Avery Carper, a senior at Grainger County High School in Rutledge, to honor the victims of the Down Home Pharmacy shooting more than six years earlier.

Less than six percent of Girl Scouts earn the Gold Award, and Carper is proud to join such select company.

“My Gold Award project was something that had to be community-based,” said Carper, who has been a Girl Scout since 2008. “(The shooting) had a huge impact on the community as a whole.

“Having something permanent to honor them would be something special.”

Located near the gazebo in the park is a small slate sidewalk leading to a 200-pound black bench on a concrete base bearing the names of pharmacy owner Stephen Lovell, of Morristown, and customer Richard Alexander Sommerville, who were killed in the May 23, 2013 shooting. Gravel surrounds the bench and the sidewalk to complete the project. A large rock to the right of the memorial boasts Carpen’s Gold Award.

Solar lights will be installed in the future to illuminate the memorial at all times.

A pair of pumpkins rest at each base of the bench with yellow day lilies in between the pumpkins. The lilies return every year – a perfect metaphor to honor the men who died on that day.

“I think it looks amazing,” said Carper, who shared membership in the congregation at Central United Methodist Church with Sommerville. “I hope (the memorial) leaves as much of an impact on the community as it left on me making it.”

Over 180 hours were spent on the project from conception to completion. With guidance from Girl Scouts project advisor Jennifer Gentry, Carper and her mother Gina made phone calls and sent e-mails looking for volunteers, landscape designers and construction experts to help with the undertaking.

However, the project really got going when Ronnie Lovell, brother of one of the victims, approached his employer Kenny Noah, owner of Southeast Industrial Construction, for a donation. Upon learning of Carper’s project, Noah financed the entire memorial construction, turning a blank canvas into the final result.

“She had the dream. I had the tools, and that’s how we got to where we are now,” Noah said. “It looks great, and she should be very proud of it.

The torrential rains of late winter in the Lakeway Area delayed construction of the project. Carper and Noah had to wait for drier weather to begin construction in April.

“We had to wait for the rain to cut down, then we started pouring the concrete when it dried up,” Carper said. “We had to make sure the ground wasn’t still soft when we put the concrete down.”

Despite financing and building the memorial to those lost, Noah told Carper she deserves all the credit.

“We try to give back to the community as much as we can,” Noah said. “You had a lot to do with it – and this is your project.”