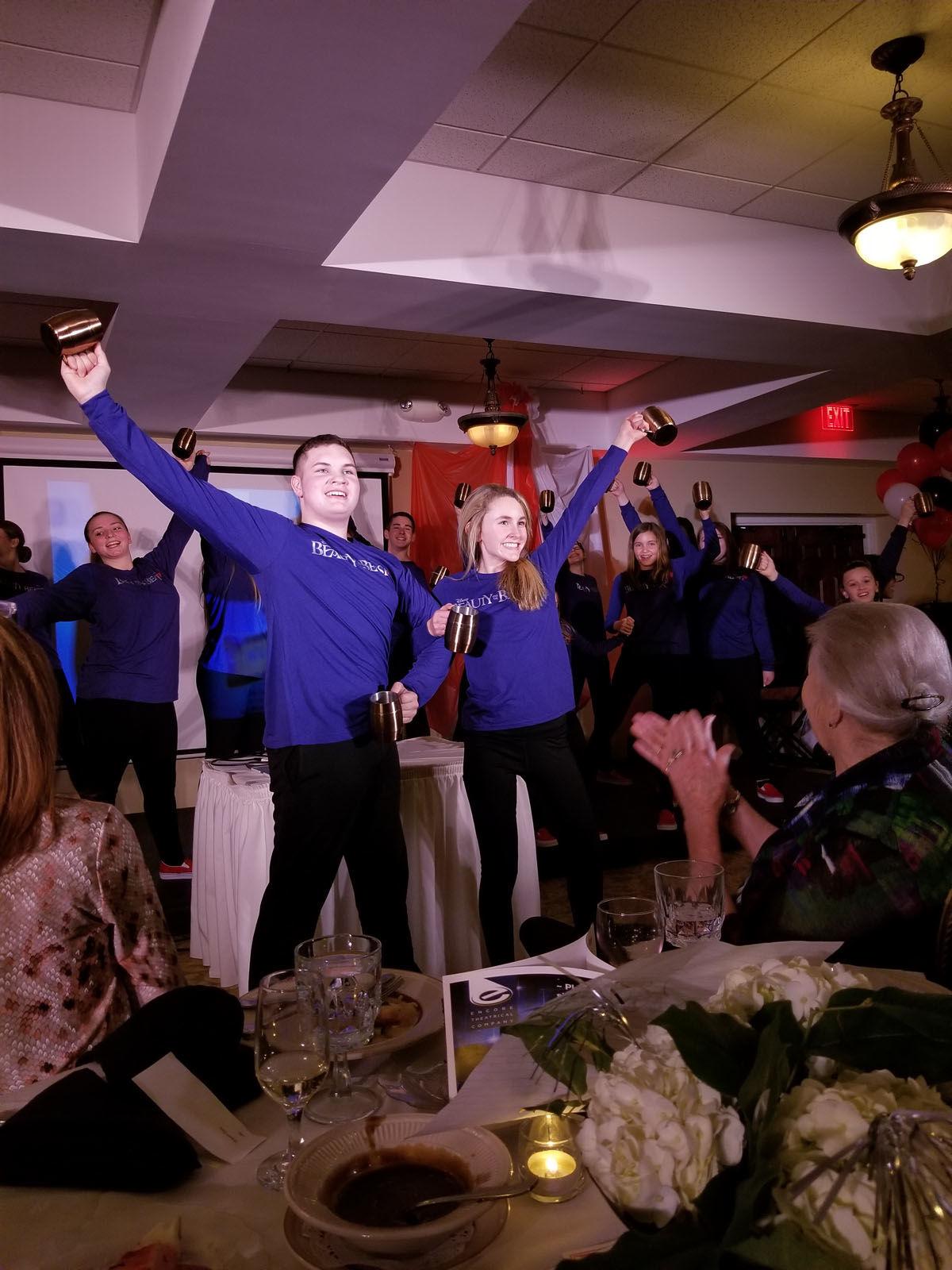 Cast members of “Disney’s Beauty and the Beast Jr.” perform ‘Gaston’ at the annual Encore Gala. For more pictures, go online to www.citizentribune.com. 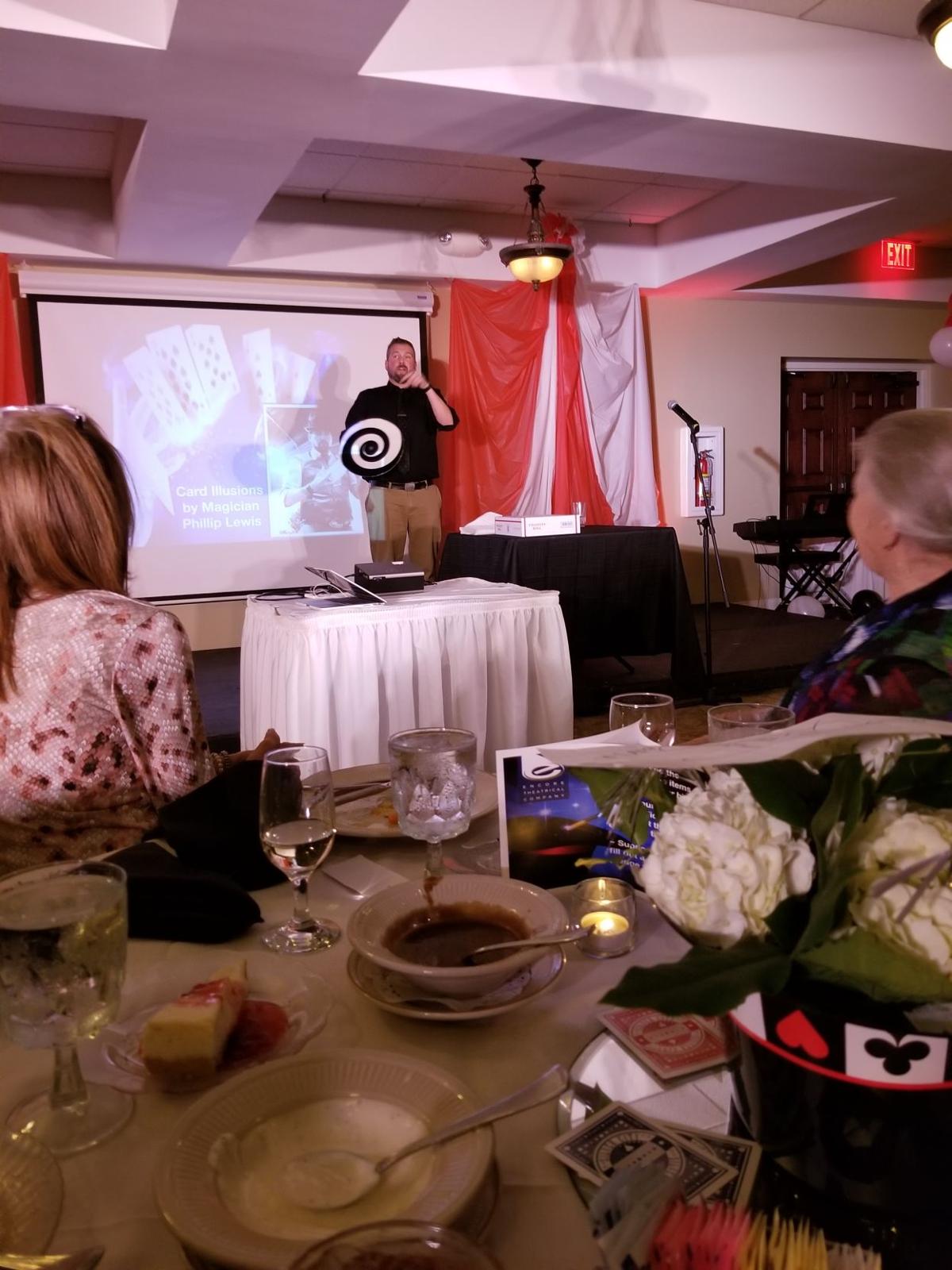 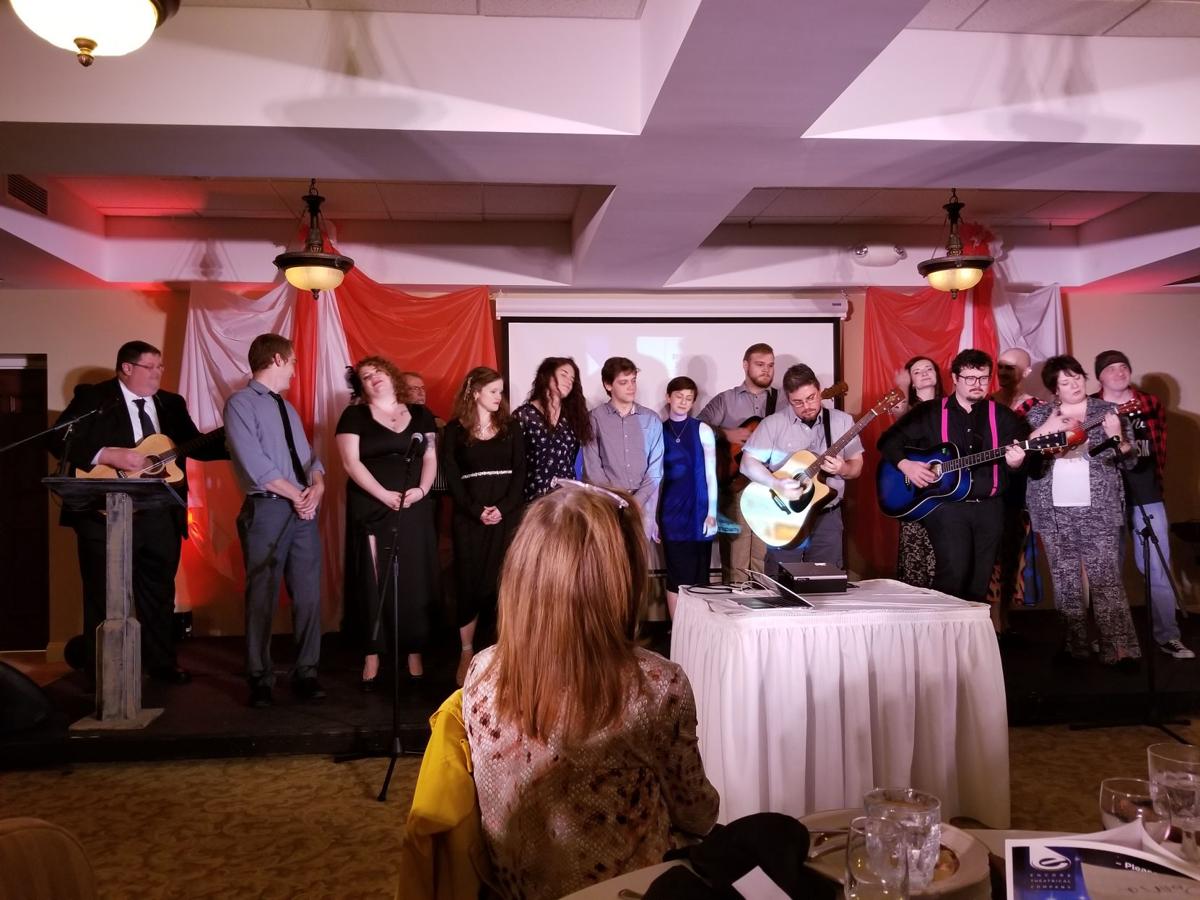 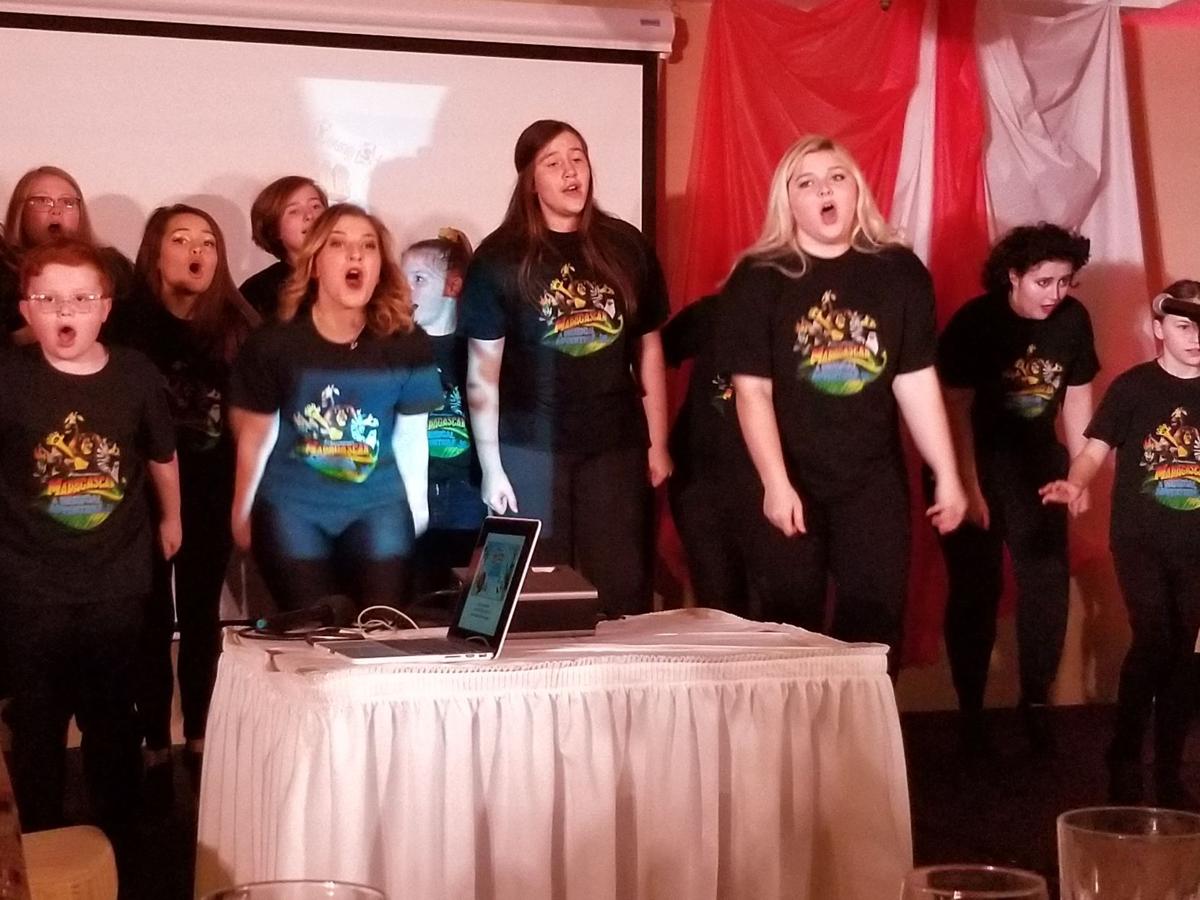 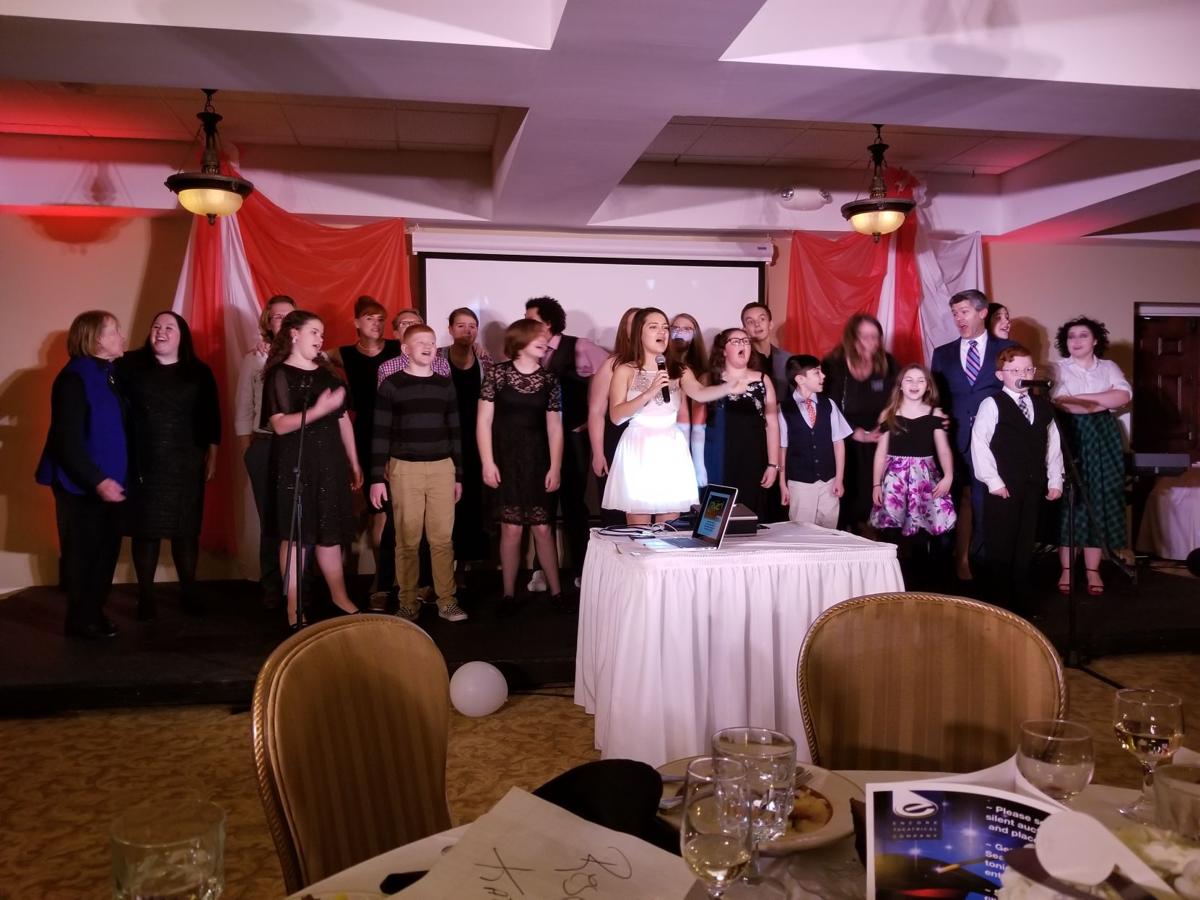 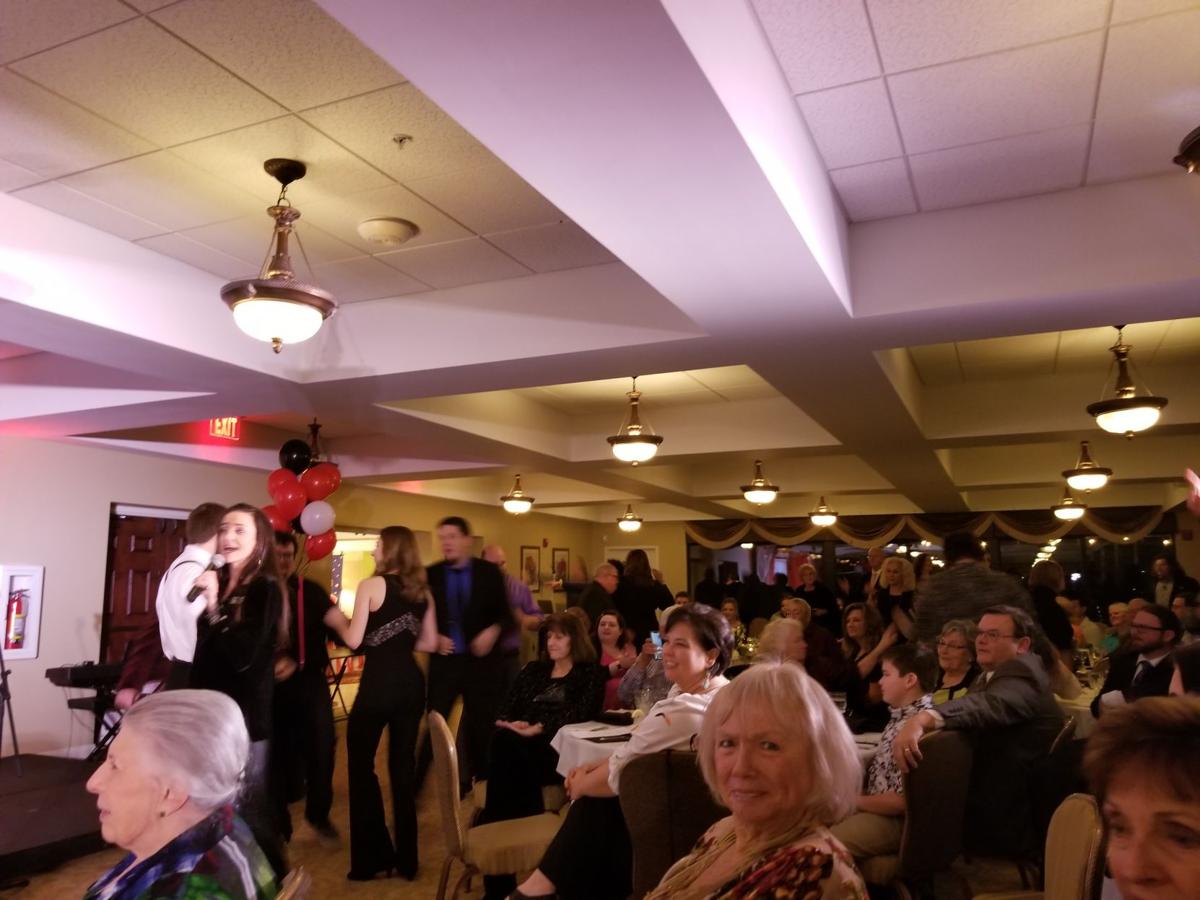 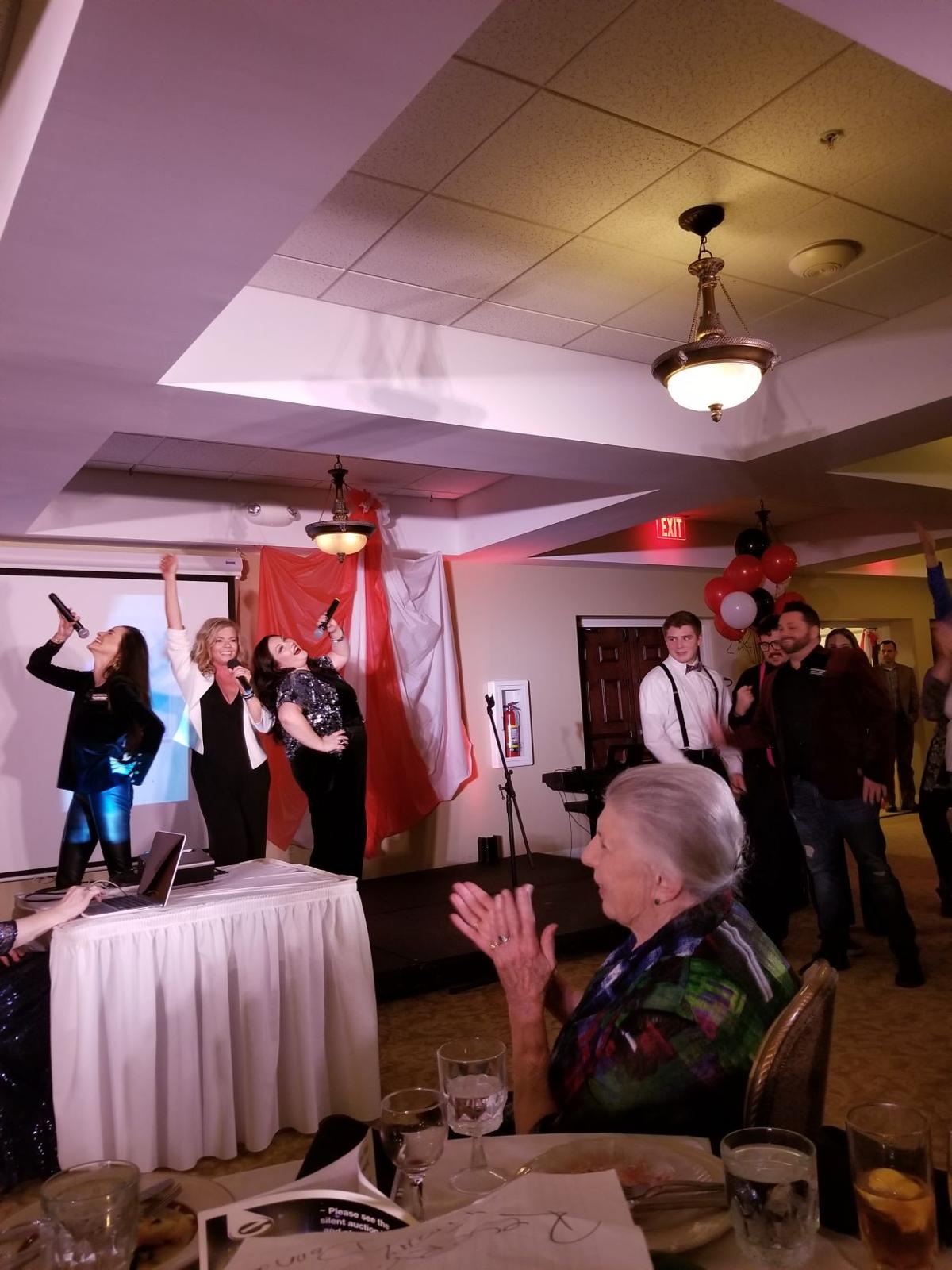 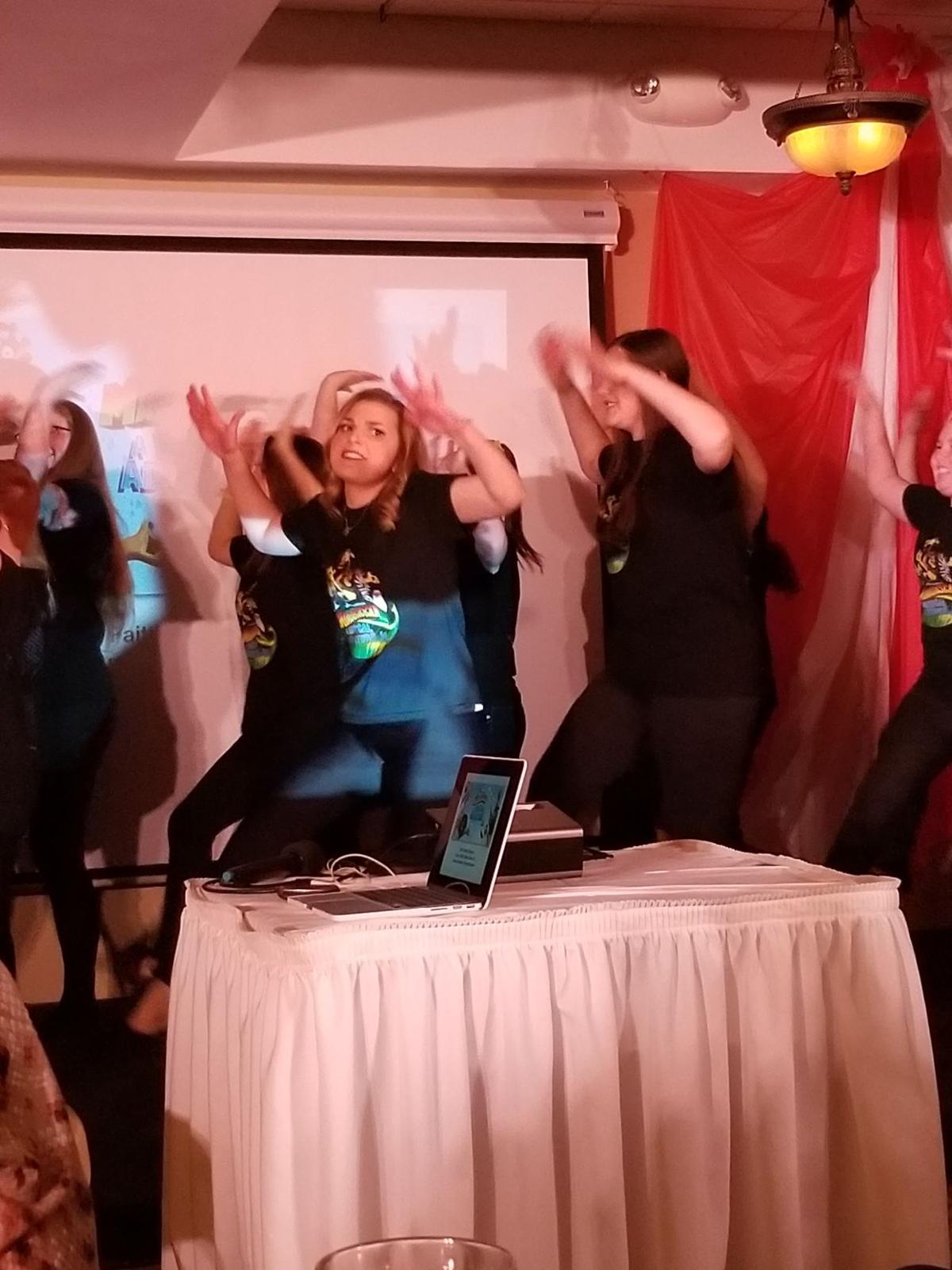 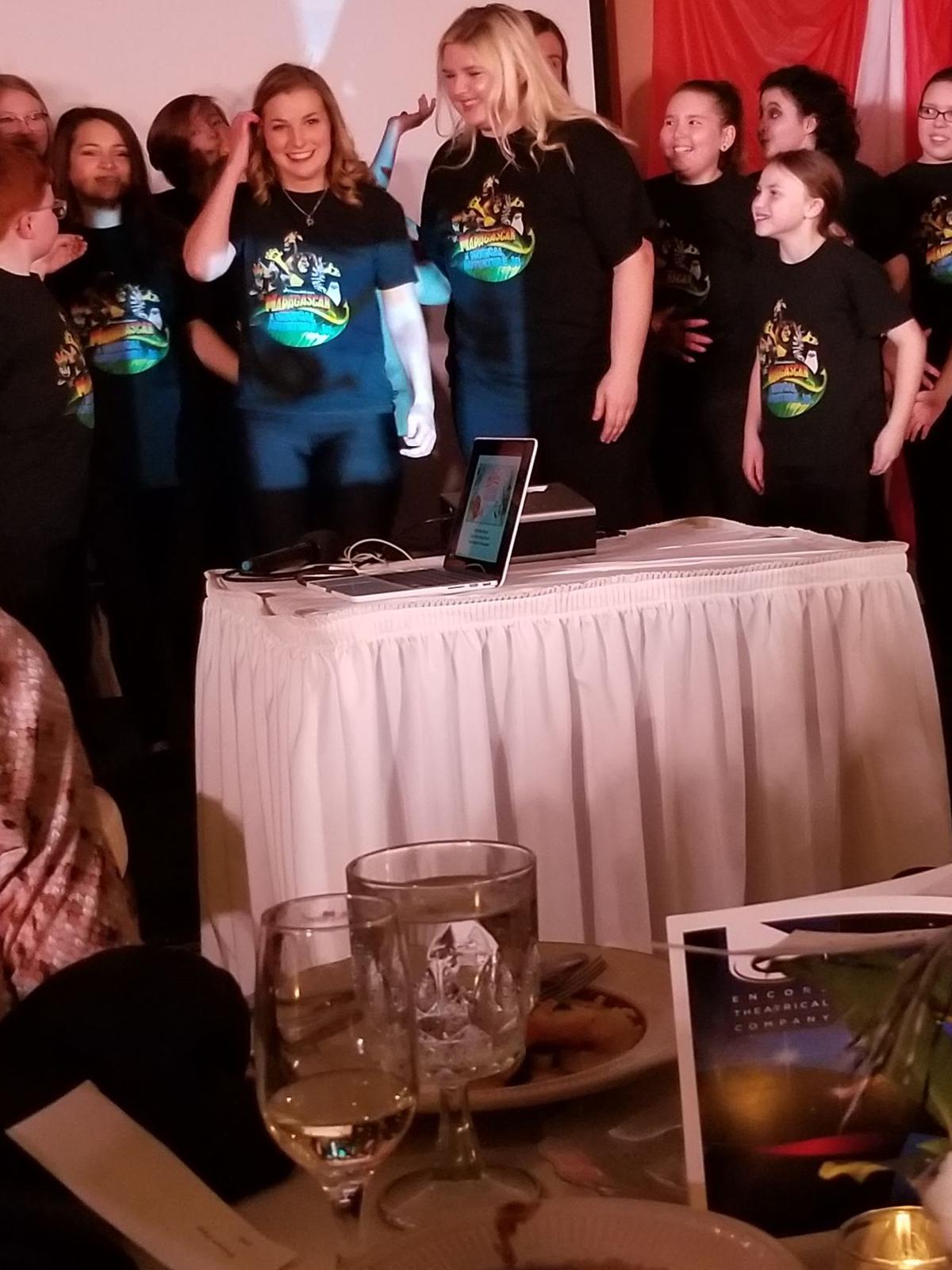 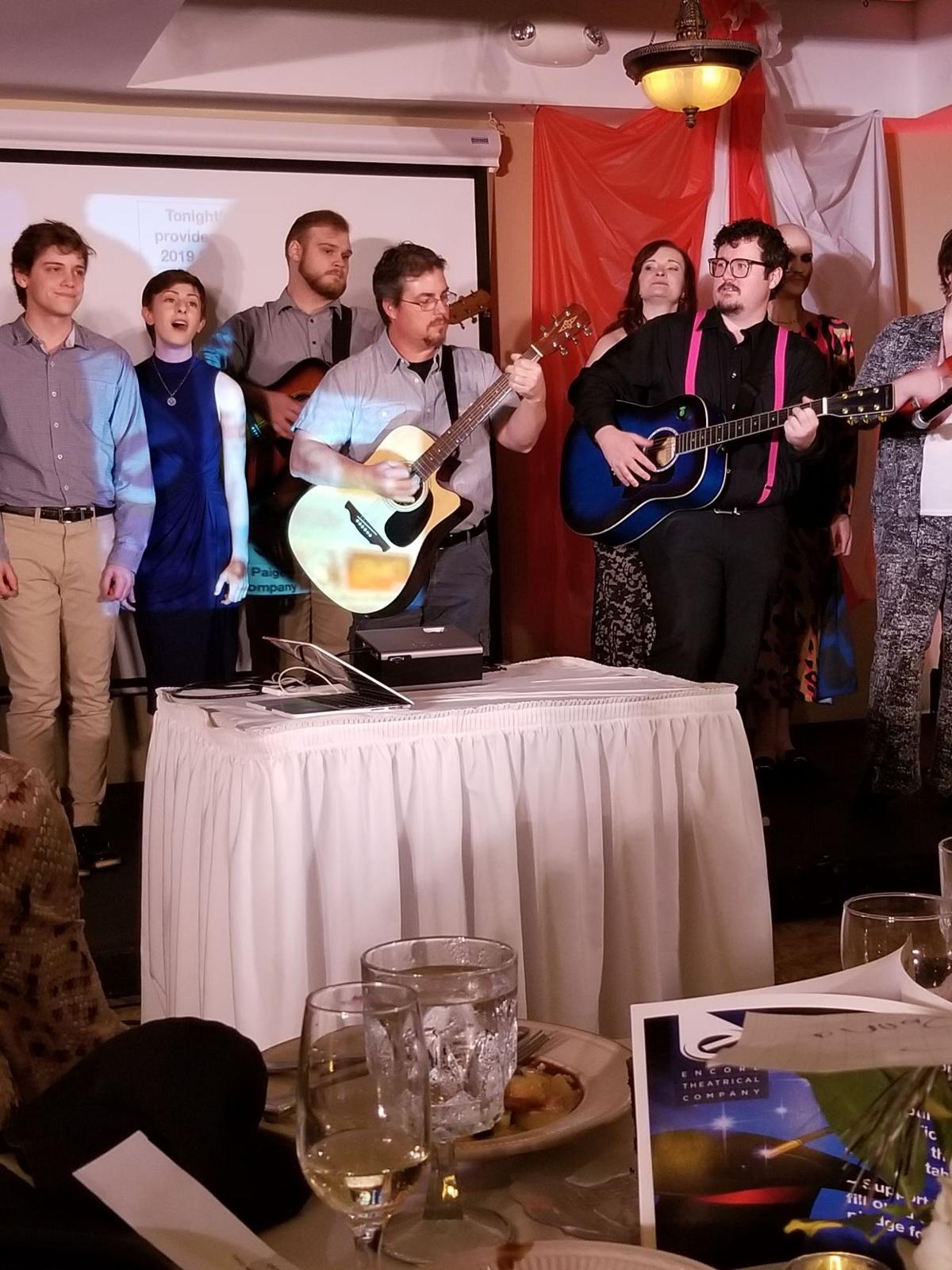 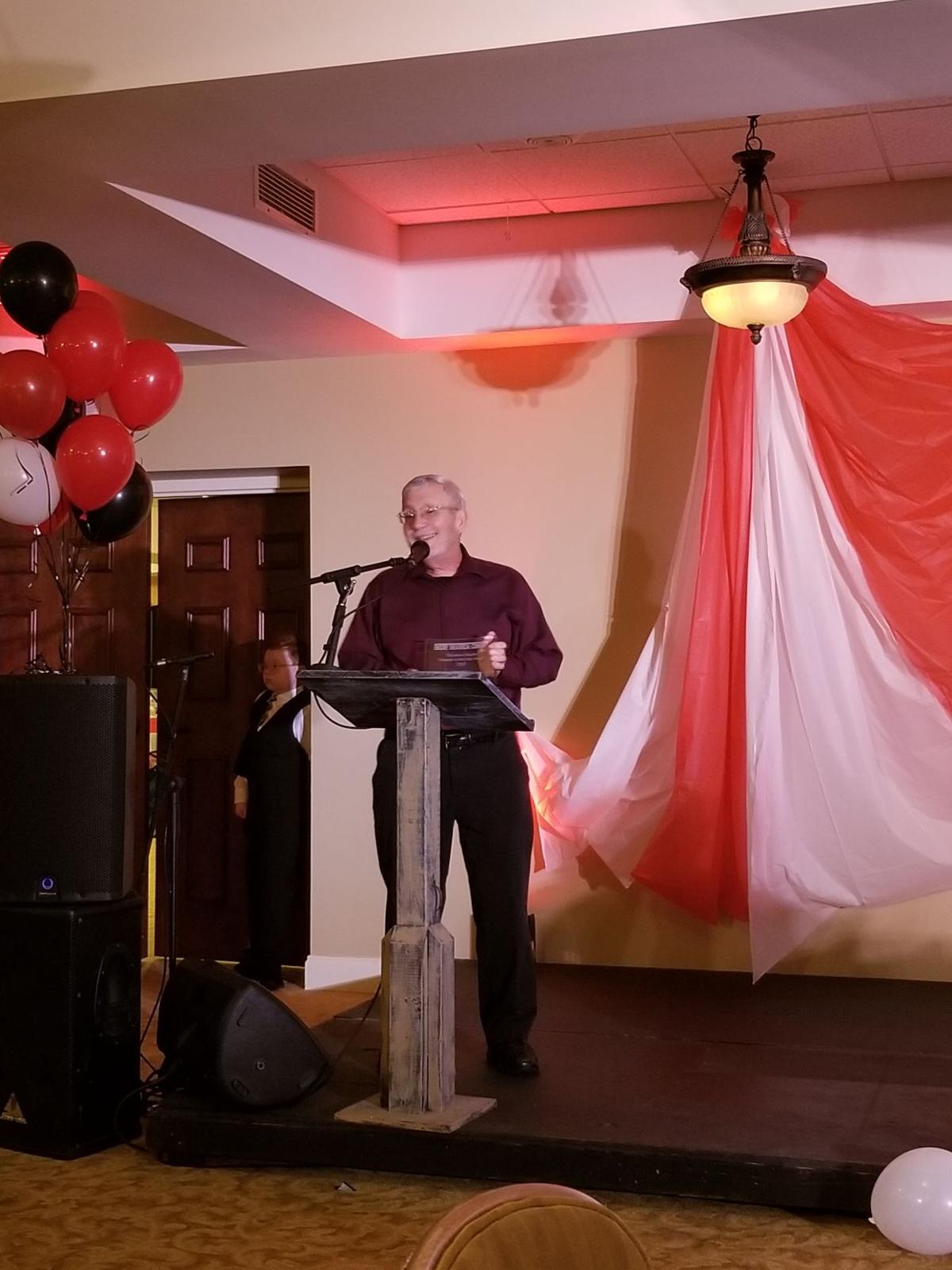 Cast members of “Disney’s Beauty and the Beast Jr.” perform ‘Gaston’ at the annual Encore Gala. For more pictures, go online to www.citizentribune.com.

Such was the case with “At the Ballet,” a number performed at the recent Encore Theatrical Gala, held in anticipation of Friday’s opening of “A Chorus Line.”

Featuring Anna Campbell (Shelia), Beth Ann Noble (Maggie) and Emma Andrews (Bebe), the song capped the evening’s performances — their emotional collaboration serving as a gilded invitation to experience another talent-ridden production, with a cast built from both veterans and new-to-Encore actors, singers and dancers.

Curtains are up at 8 p.m. Friday at Walters State Community College-Morristown.

Talent abounded at the gala, which serves as a recap of the company’s previous season. Held at The Country Club, the dinner fundraiser included performances from the new generation of stage veterans.

A performance from the 2019 production of “Oliver!” generated a sing-a-long from attendees; parents of the younger performers were the most boisterous members of the impromptu side ensemble. Performers reprised the song, “Consider Yourself,” filling the small stage and receiving enthusiastic applause.

Another audience-engaging number was “Dancing Queen,” from the 2019 summer production of “Mama Mia!” featuring Paige Munroe Mattocks, Allison Dixon Giles and Beth Ann Noble. A majority of audience members left their seats to dance along with the performers; those who didn’t witnessed the club’s main dining room take on the likeness of a conga line.

The evening began with tableside demonstrations by magician Phillip Lewis, who took to the stage with sleights of hand and humorous dialogue.

Two performances that highlighted the company’s Young Stars included “Beauty and the Beast,” from the production of the same name that will be featured at this weekend’s Junior Theatre Festival in Atlanta. Encore has earned top awards at past festivals while competing against much larger theater companies from across the country.

Encore veteran Hannah Grace Wallen wowed the crowd with vocals and dance, joining her young cast mates in a musical mash-up from the production of “Madagascar.” Wallen, now an adult who teaches dance, has been performing in company productions since she was in elementary school. Encore is currently in its 13th season.

Templin, who was in 2019 named the company’s Technical Director, introduced the awardee, who has been involved with every Encore production since beginning his volunteer role two seasons ago.

His contributions included assisting with building and tearing down the sets and serving as a “proud supporter of Encore.”

“He has used his years of experience as a civil engineer to help out with the sets. He is a retired civil service employee with the Veterans Administration, covering hospital expansion and renovation projects in Denver, Iowa City and Indianapolis. He enjoys gardening and cooking, and he gets very excited about opening night and loves cheering on his wife of 42 years, Maureen, when she is in a show. He is in about every audience when she is in a show. We are very thankful to have both of them in Encore Company,” Templin said.

“I feel very much that there a lot of people out there who deserve this more than me,” Hamilton said and joked that the real reason he received the award was because he is retired and “can work during the week.”

The late Gene Wooten was inducted posthumously into the Encore Hall of Fame. Noted by company member Stephen Smith for his level of expertise and professionalism, Wooten was also remembered by Howard during his remarks.

“Encore is many, many things to a lot of people,” Howard said. “We have people like Gene Wooten who are incredible, who pass through our lives. You’d walk into the theater and there was Gene and he would smile, and you knew you were okay. And somebody like Roger, who has a few minutes to come by and help us.

“Why? Because they want to; because they love it, and they know that we love it. And we love you all for allowing us to do that.”

The fundraising portion of the gala included a plea from Howard.

He said the average cost for a large, summer production has risen to $35,000 — “Because we’re a gypsy company, because we move into someone else’s space, we never make that money back,” he said. “We’re lucky if we just break even.”

Encore has been conducting an internal capital campaign for a future permanent facility with pledges from the Board of Trustees and Company members to achieve its mission of ensuring the continual existence of the company. According to board member Kathy Jones-Terry Litz, a public campaign will be announced — “We are very close,” she told the enthusiastic crowd.