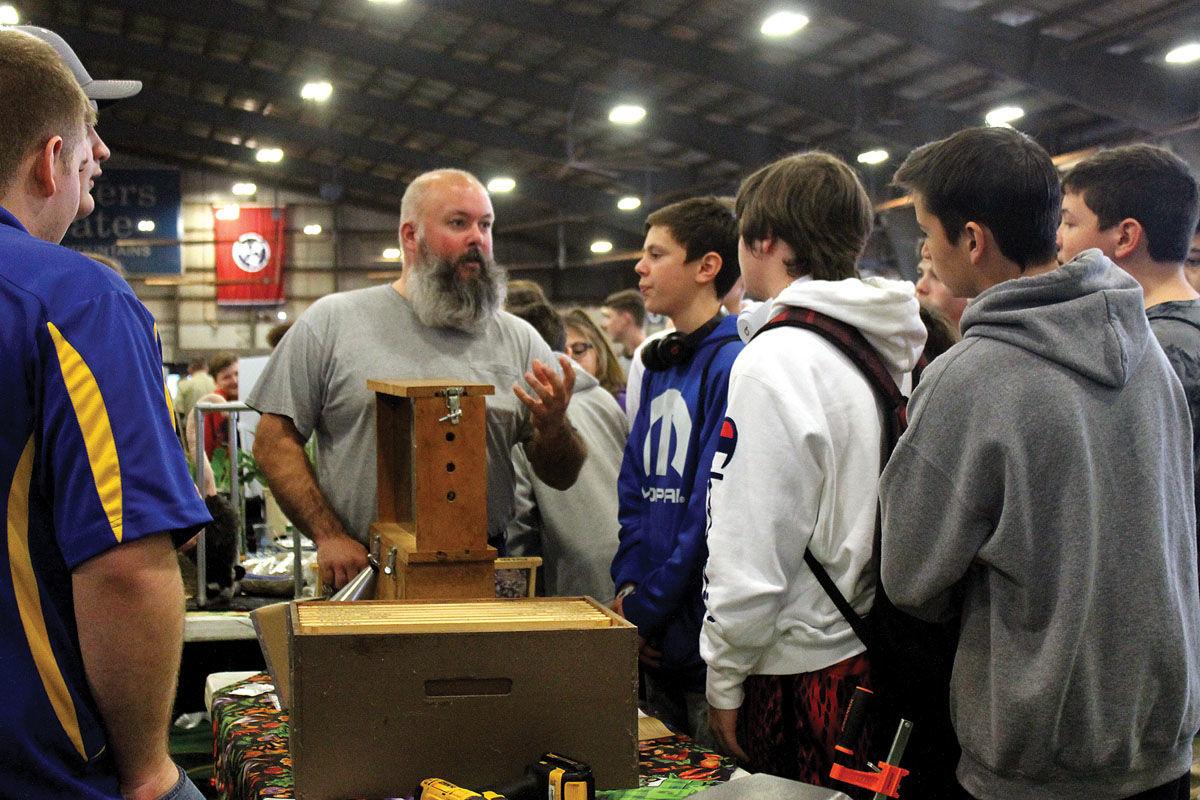 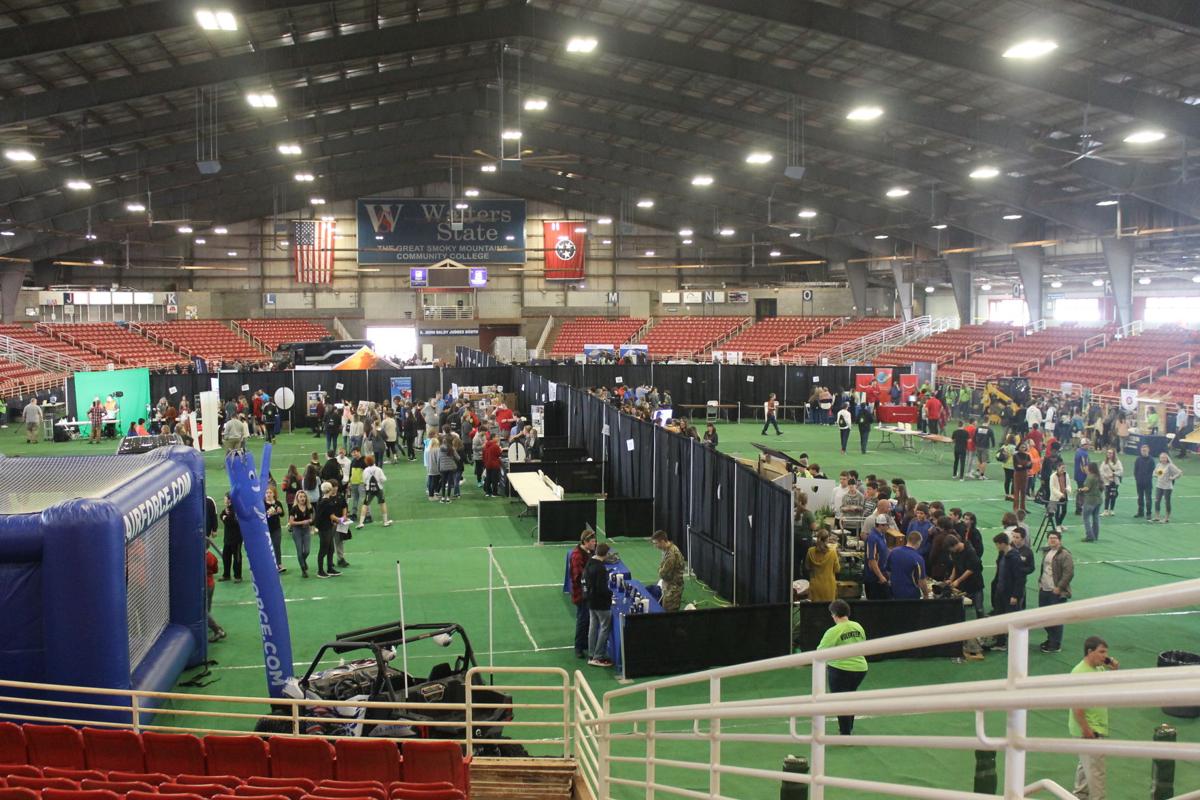 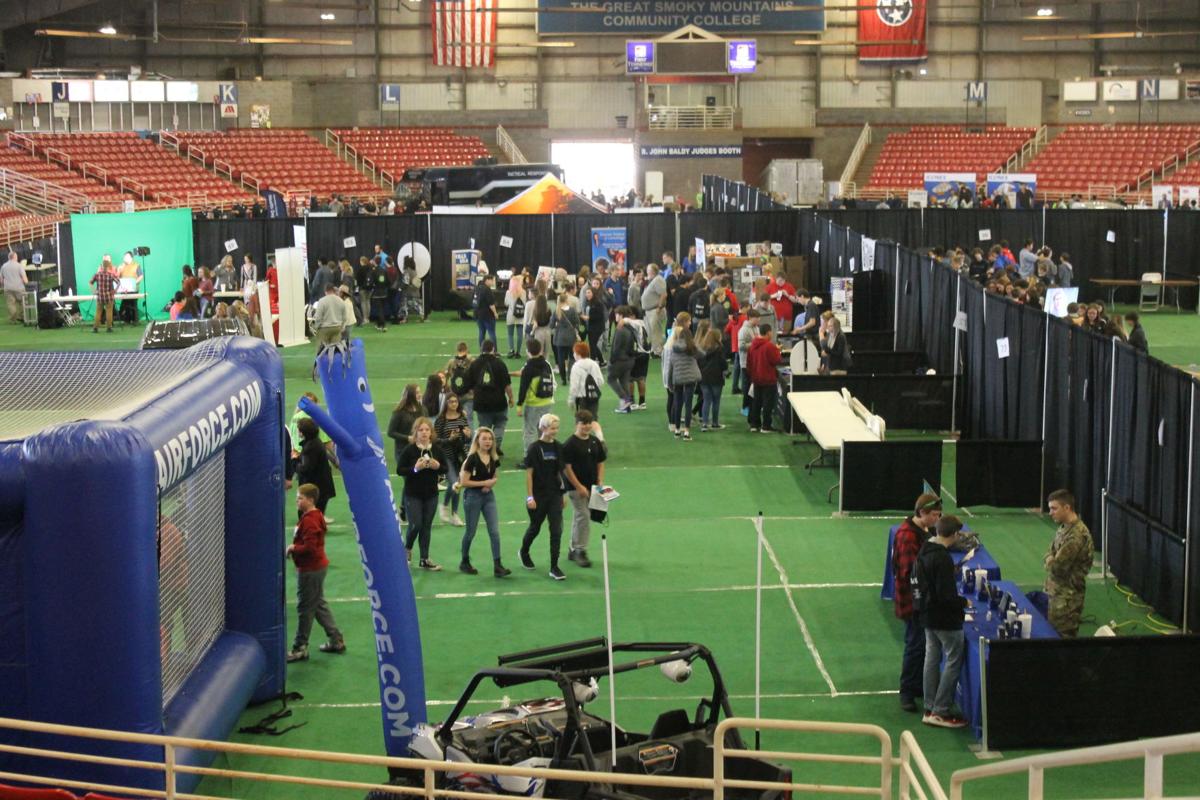 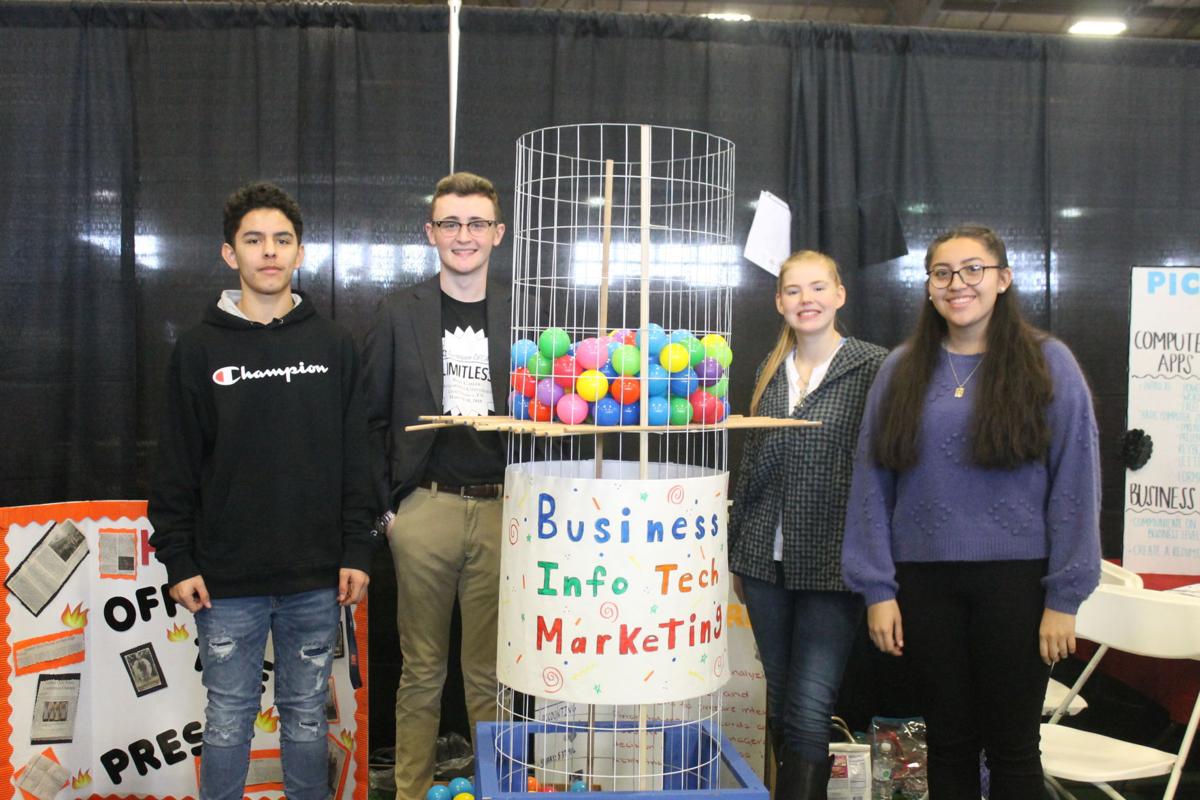 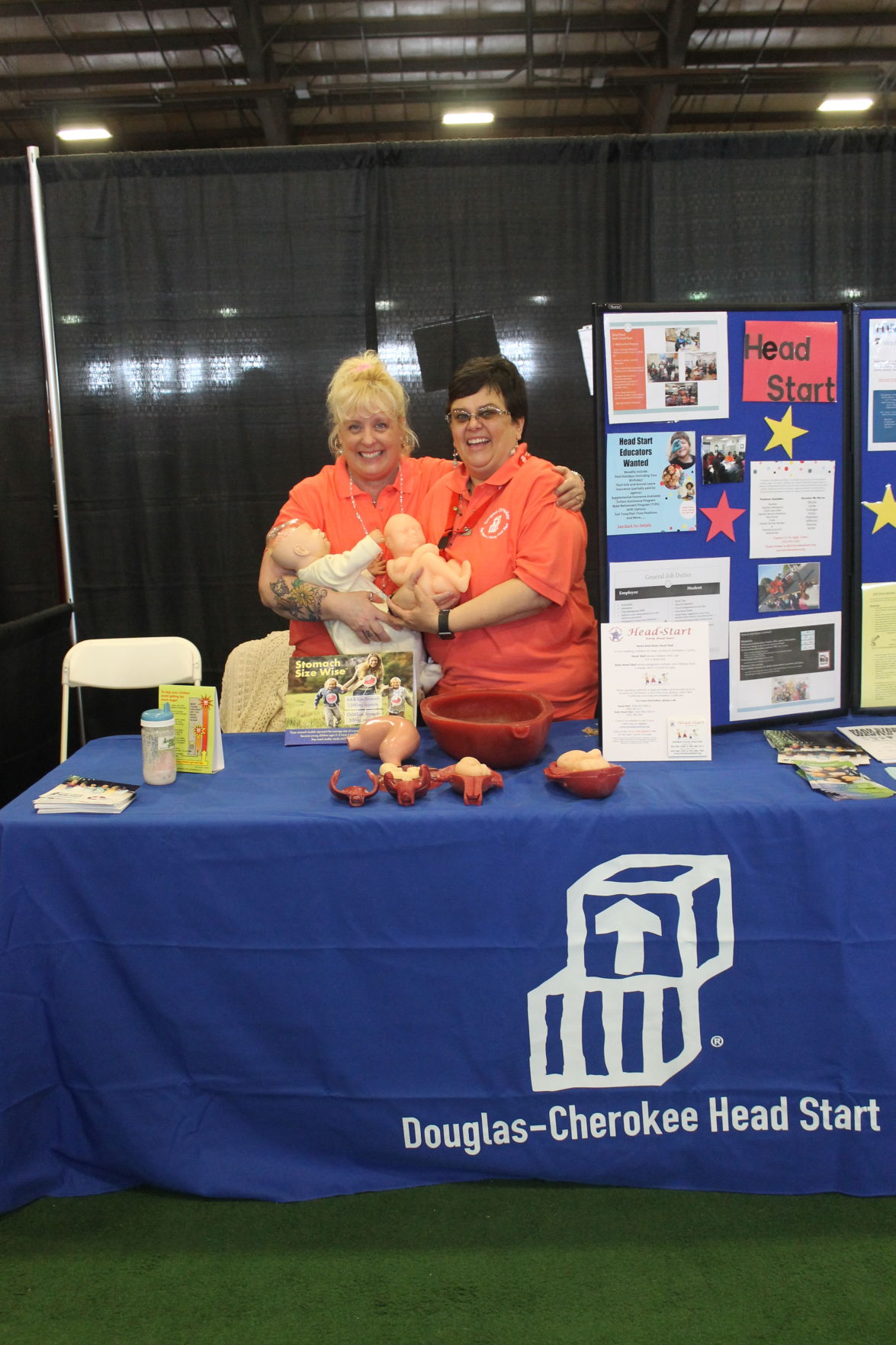 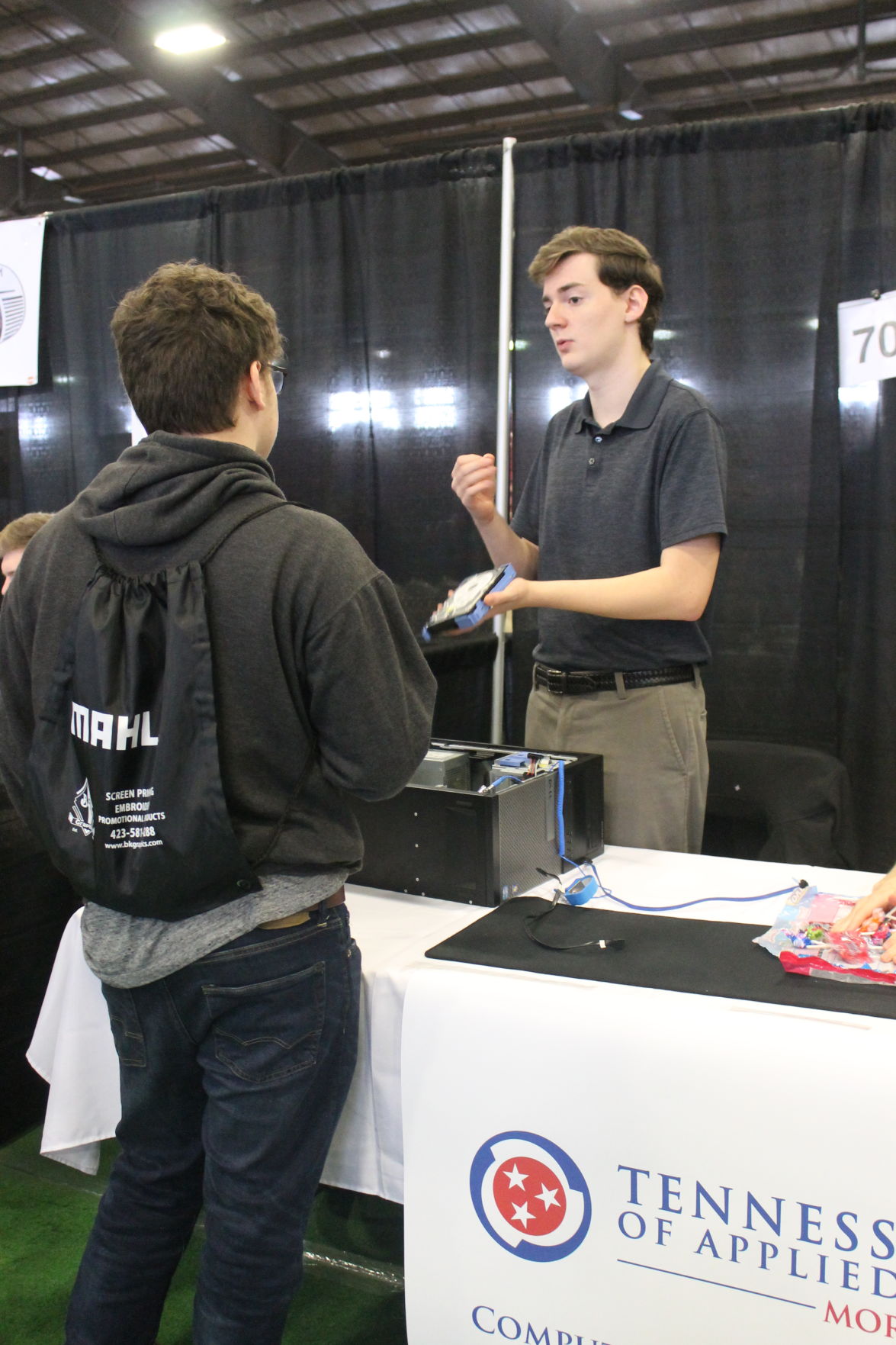 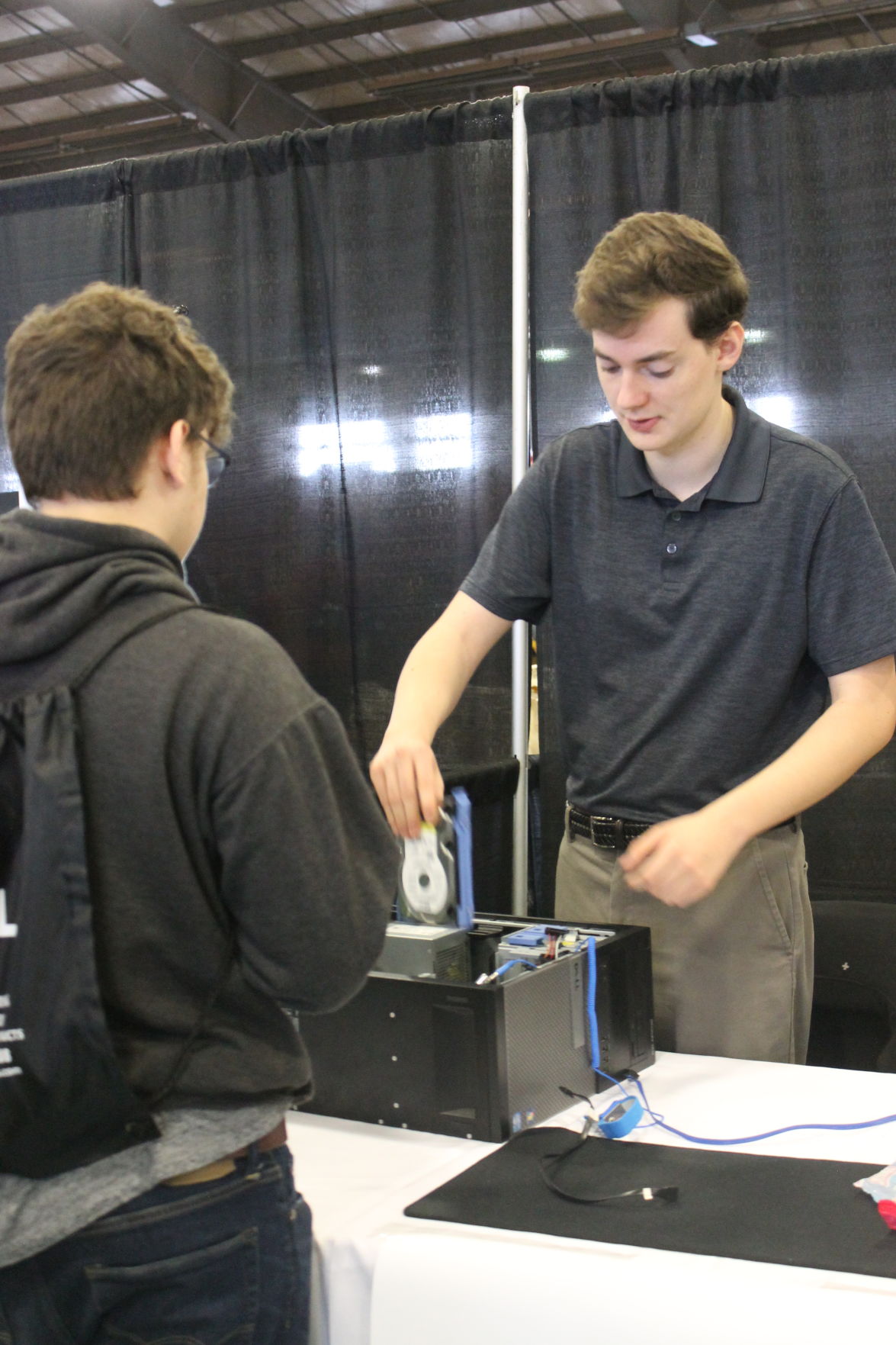 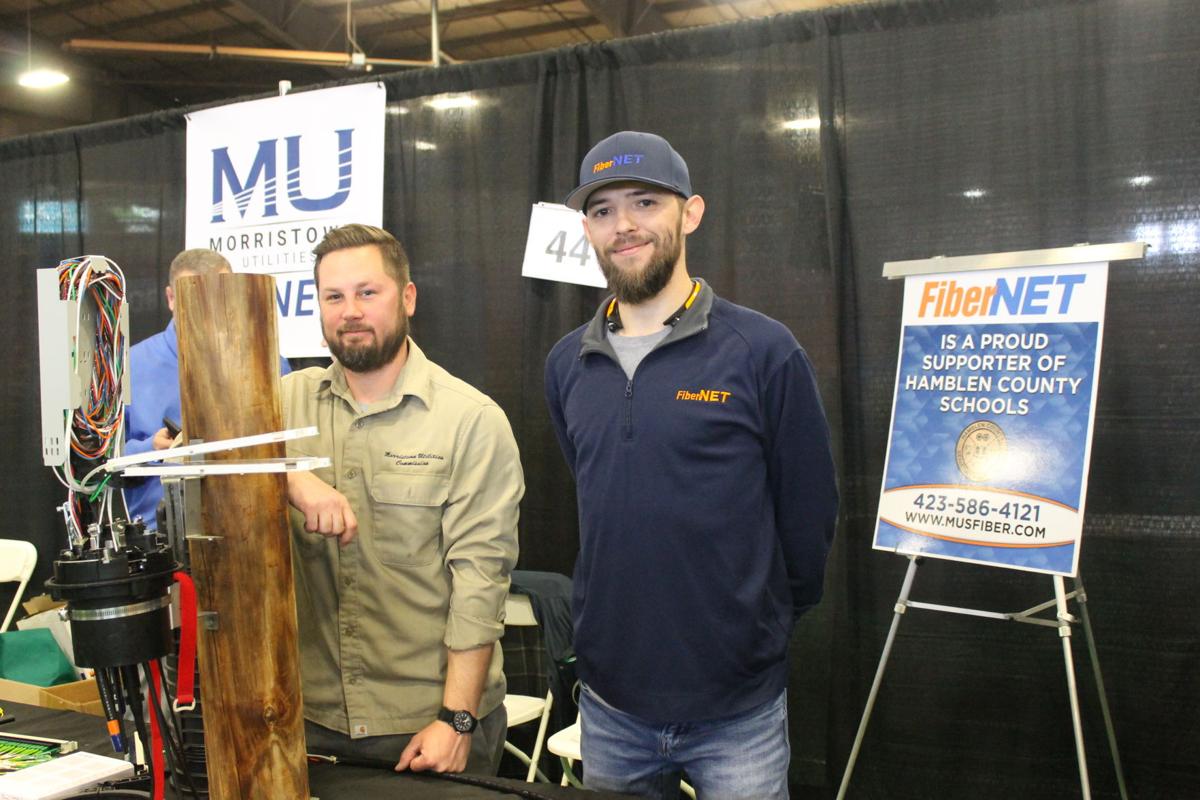 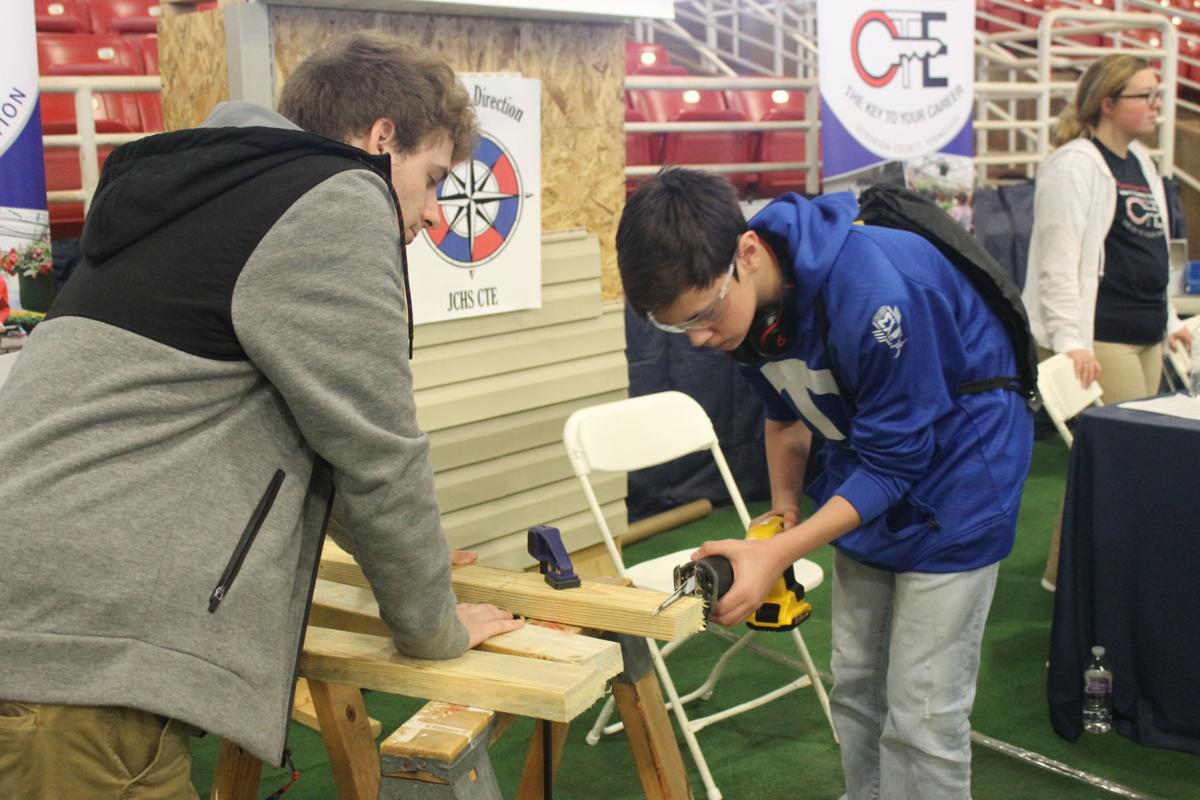 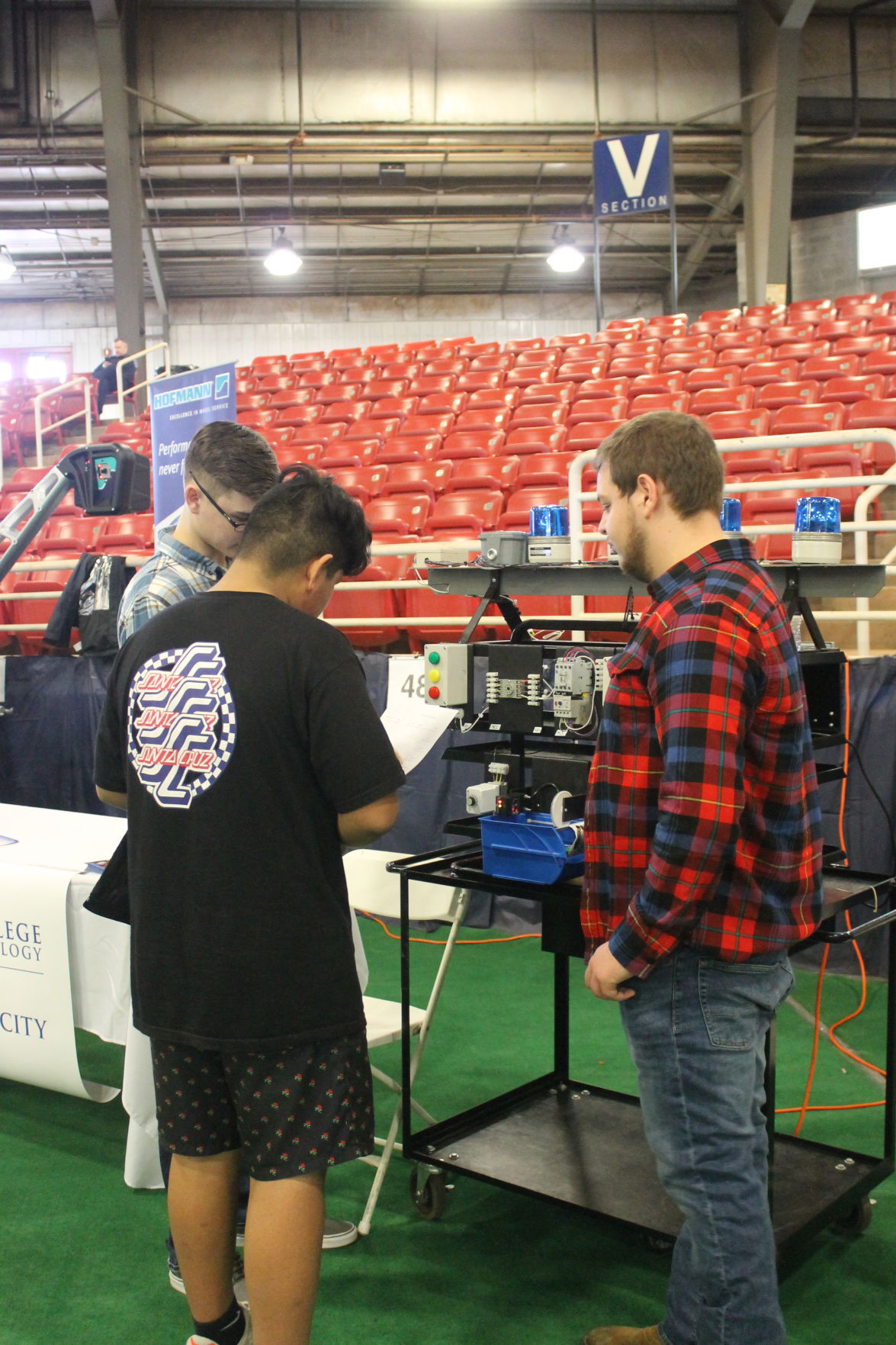 Eighth-grade students from across the Lakeway Area flocked to the Great Smoky Mountains Expo Center in White Pine on Wednesday to get a glimpse of what their future might be.

Ten middle schools were present, and organizers were happy and surprised with turnout and interest for the event, which was expanded to include Jefferson County and private school students, in addition to with Hamblen County.

“We were very hesitant about opening it up to more students this year, but it has moved smoothly,” said planning committee member K.C. Alvarado. “The presenters have been so innovative this year, and that has kept up the interest.”

Steve Playl, executive director of career and technical education for the state of Tennessee, also attended the FTE – and was impressed by the companies and nonprofits in attendance, as well as the students’ engagement in what those entities had to offer.

“I’m really excited to be here, and I’m really happy to see our students get exposure to the job opportunities in the Five Rivers region.” he said. “You can see the smiles on their faces as they go through each section.”

Among the most popular booths at the FTE was the welding display, represented by Joshua Miller, who teaches a class out of Morristown-Hamblen West High School, which students from East High School are bused to attend. He said once the word got out after last year’s expo, more students became interested.

“It seems word’s gotten out,” Miller said. “Students are looking for my booth this year, whereas last year, not as many kids were about us.”

Miller also said with the growth of industry in the Lakeway Area, and the demand for welders nationwide, now is a good time to get into a high-paying field not many kids know about.

“If their parents aren’t already in the manufacturing fields, (students) aren’t thinking about those careers,” he said. “The welding program’s only been back a couple of years, so we need students who are equipped to take those jobs.”

One of the most popular booths in the event was located in the Retail Services & Trade quadrant. Dr. Ismael Concha, anatomy professor at the College of Veterinary Medicine at Lincoln Memorial University in Harrogate, fascinated the eighth-graders with real horse and cow skulls, as well as brains, lungs, hearts and other parts preserved with a combination of plastic and silicone that were held by the students.

Among other organizations representing Retail Services & Trade, Benny Jones and Randy Dunn teach automotive technology and collision repair at the Tennessee College of Applied Technology in Morristown. Both men said their main goal is to smash the stereotypes of their professions to make them interesting to the students who come by their booths.

“My biggest struggle of getting people to enroll is getting guidance counselors to realize you don’t need a four-year college degree to do this,” Dunn said. “People can make $100,000 a year doing (collision repair).”

“I grew up loving (repairing cars and trucks – and 50 years later – I still love this. I love teaching students about automobiles,” Jones said. “This is not a male-dominated profession anymore. I’ve got plenty of women in my classes.

“You can go in many different directions in this career fields. It’s not just about garages anymore.”

Several organizations in the health, medical and law enforcement fields were represented at the FRE. Lieutenant Keith Rouse of the Morristown Fire Department helped students try on fire gear and pull hoses to get an idea of what life is like as a firefighter for consideration as a possible career choice.

“It’s never too early for kids to think about their futures,” Rouse said. “They get to try on the gear and see what we get to do.

“A lot of people think all we do is fight fires. We get to assist on medical calls, and a lot of people don’t know we also do that.”

Chasity Gulley is a student at the Tennessee Institute of Cosmetology in Morristown. The Grainger County native said a lot of students came to her booth with questions about how fulfilling a career choice cosmetology could be.

“Cosmetology is the only field in which a person can come in not loving themselves and come out loving themselves,” she said. “You have the ability to make someone look completely different – and that is alluring to people.”