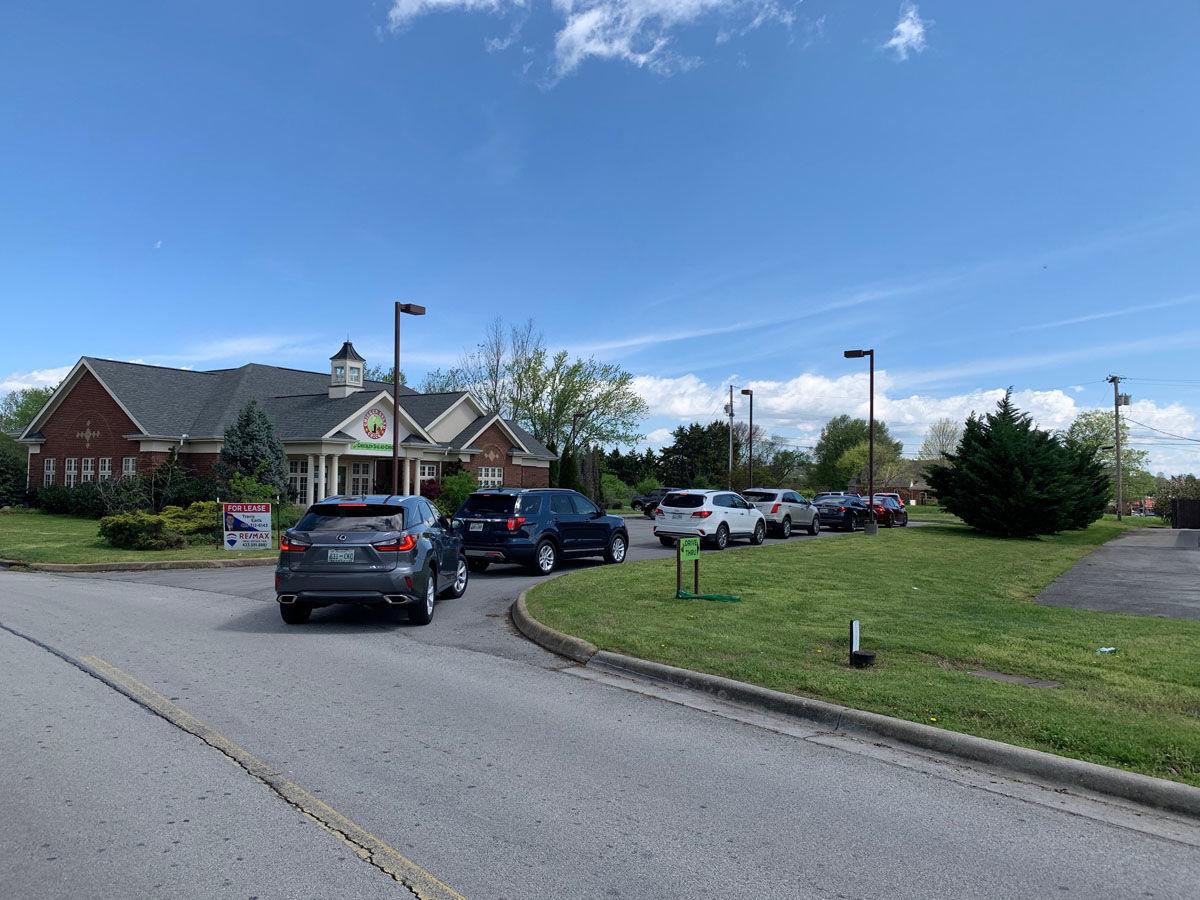 Cars line the road at Chicken Salad Chick’s pop-up shop that opened on Thursday. The restaurant is considering opening a permanent location in the Lakeway area. 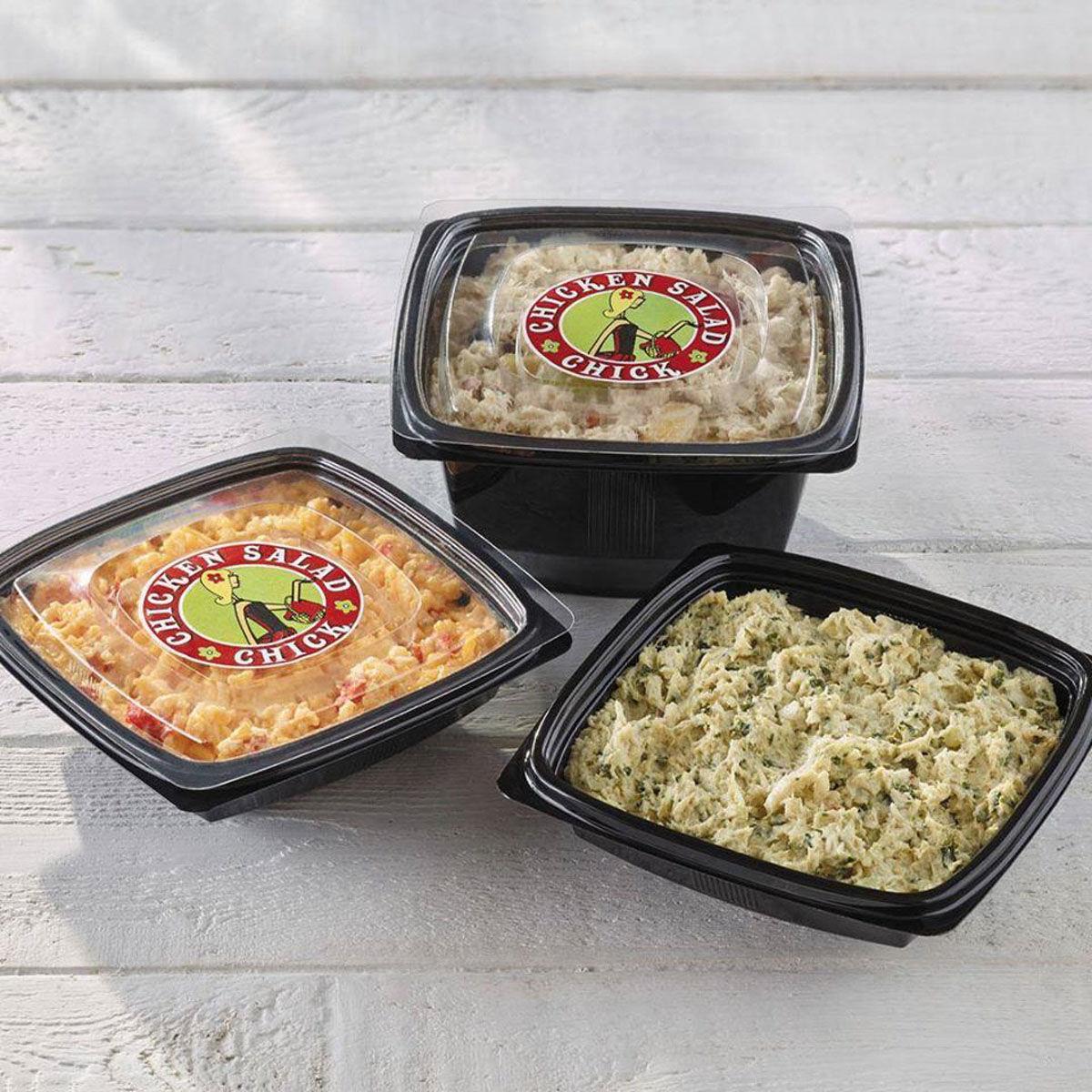 Chicken Salad Chick is offering many regular menu items at their pop-up location in Morristown.

Cars line the road at Chicken Salad Chick’s pop-up shop that opened on Thursday. The restaurant is considering opening a permanent location in the Lakeway area.

Chicken Salad Chick is offering many regular menu items at their pop-up location in Morristown.

With families looking for food that will last them days during the COVID-19 outbreak, Chicken Salad Chick is helping keep people at home, fed and healthy.

A chain restaurant, the closest Chicken Salad Chick to Morristown is on Kingston Pike in Knoxville. However, wanting to help people out in the Lakeway Area, the restaurant has opened a pop-up shop on 2640 W. Andrew Johnson Hwy.

“We were already starting to look at Morristown as probably another market to put a Chicken Salad Chick store,” said Josh Patton, owner of most of the stores in East Tennessee. “We had been in that process, but then the coronavirus came around so that put a hold on everything. So, then we started thinking about a way we can do a test run. So, we decided to try and find a property to use and test this out in Morristown.”

Chicken Salad Chick has adopted an old, vacant bank building which has them run a contactless drive thru.

“The bank has the pass through drawer for deposits that our grab and go containers fit in and then there isn’t a typical drive-thru window, so it’s a contactless drive thru with a product that can last a week in someone’s refrigerator,” Patton said.

The pop-up shop opened on Thursday and its regular business hours will be Monday-Saturday from 12 p.m.- 6 p.m. It will be a drive-thru only. They will not accept cash, only credit, debit, mobile or any contactless payment method.

Immediate success was found already on day one of the shop with the lines out in the street for most of the day, and the team ended up scrambling to their other restaurants to find food because of how many people showed up.

“It was insane,” Patton said. “We were pretty much running out of everything by 1:30. At 1 p.m., I realized we were running low, so I went to Knoxville and Maryville and took everything they had prepared and took it back to Morristown.”

The menu consists of Chicken Salad Chick’s “grab and go menu.” The selection includes 12 of the restaurants “quick chicks.” The quick chicks consist of original flavors such as the Classic Carol, Olivia’s Old South and Barbie-Q as well as some other flavors like their Fancy Nancy, Kickin’ Kay Lynne and Cranberry Kelli.

These quick chicks are made fresh every day, serve up to four people and can last up to five days.

“We think that coming to our store is kind of like saving you a trip to the grocery store where they’re around so many different people,” Patton said. “Our stores all have a drive thru so you can have that limited contact. And then having a product that you can buy a few containers that can last you and your family all week.”

You can also get their egg salad and their pimento and spicy pimento cheese as well as their pasta salad, broccoli salad and grape salad.

The restaurant is also throwing out deals to help families as well. One of those deals is their family pack. The family pack consists of two large quick chicks, one large side or six bags of chips, six cookies and 20 mini-croissants.

Currently, Chicken Salad Chick has 146 restaurants across 16 states. According to their website, that number will increase to over 175 stores by the end of 2020.

The pop-up shop is currently working on a temporary agreement for about four months with the current property owner. While there isn’t currently a store in Morristown, Patton said that the response of the pop-up could fast track a full store. And if the first day was any indication of how the next few months will go, there’s a good chance a permanent restaurant will be around in the future.

Of the five stores I have, it ranked number two (on Thursday),” Patton said. “And we didn’t do any marketing. We did some Facebook posts but other than that, we didn’t even put up a banner that said now open. Based on how today went, we will definitely be interested in a permanent location in Morristown.”