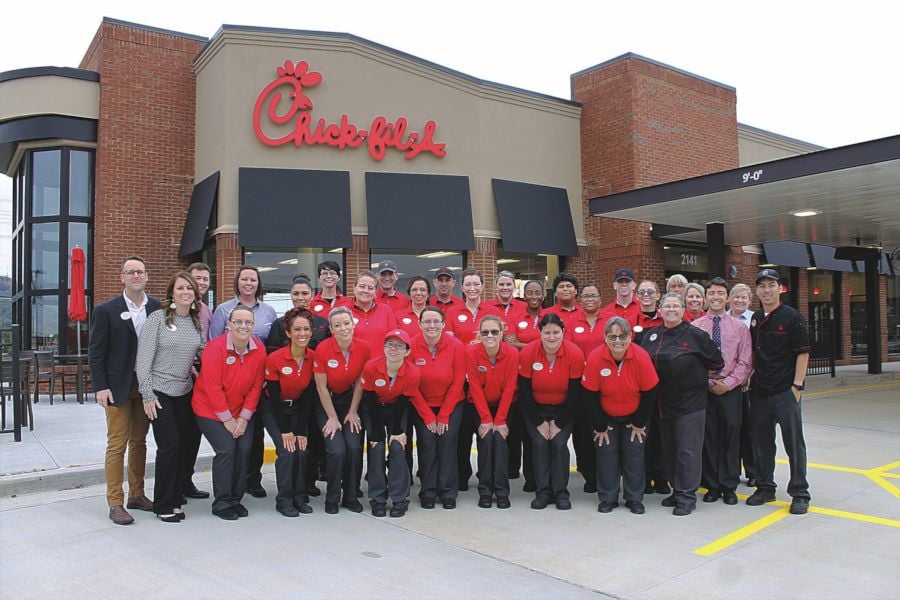 Chick-fil-A management and employees pose for a group picture prior to a ribbon cutting celebrating the remodel of the West Andrew Johnson Highway business. 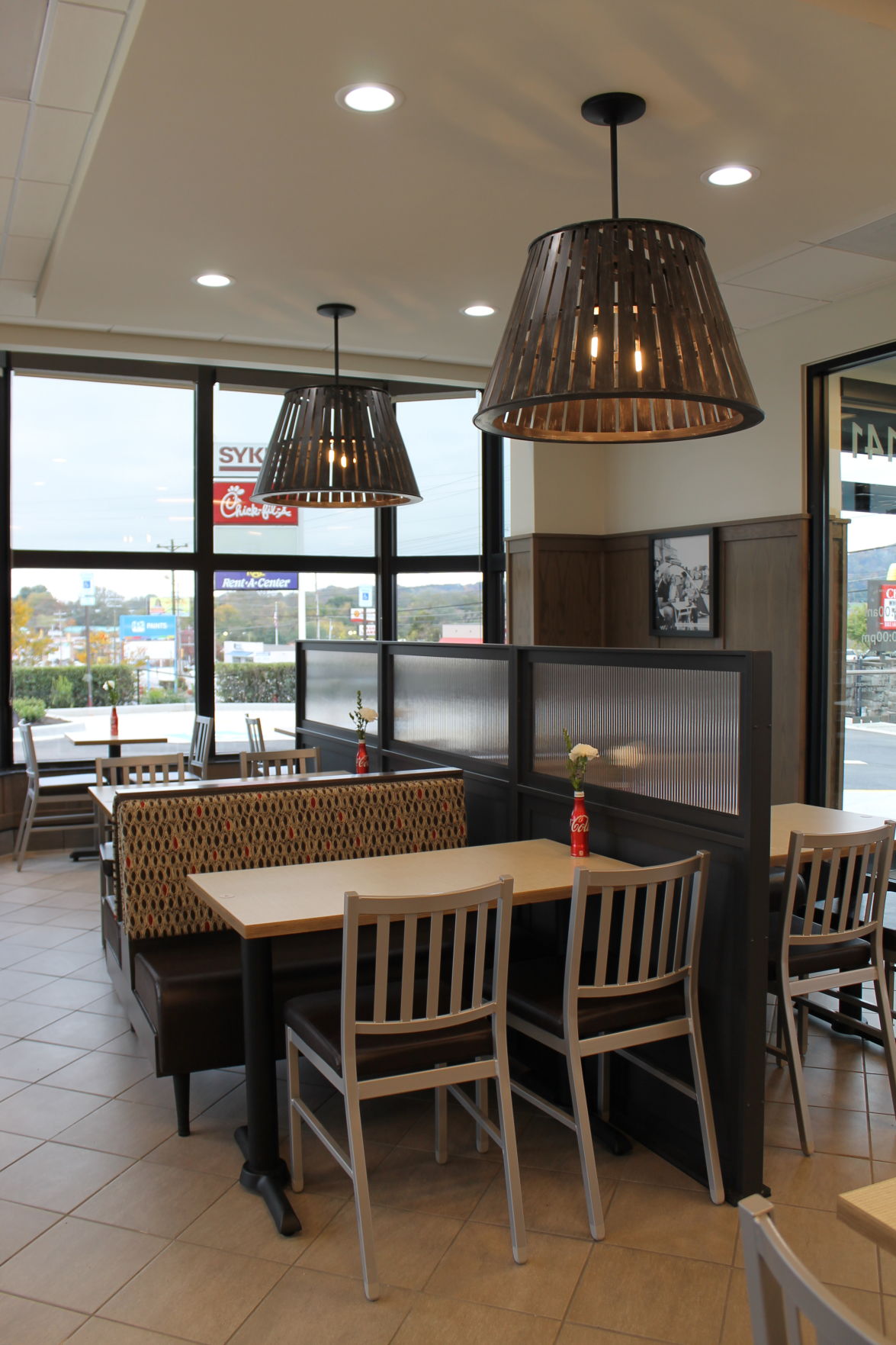 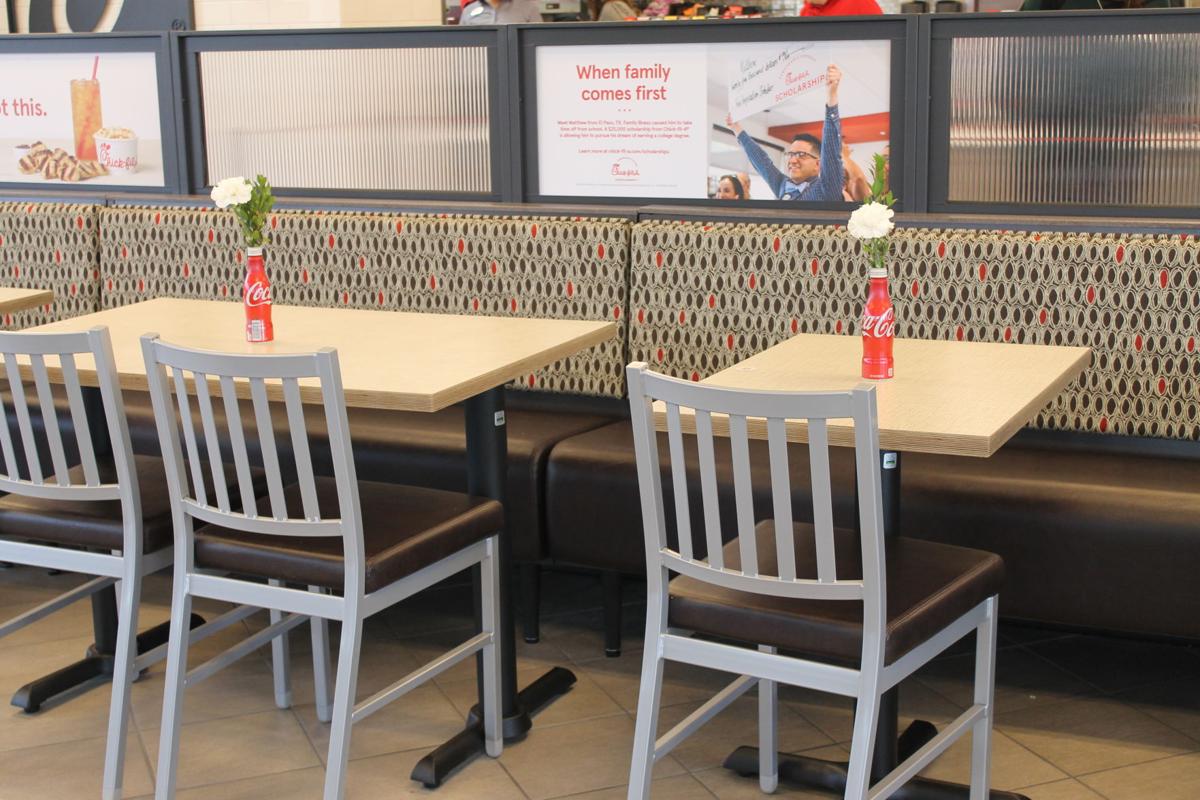 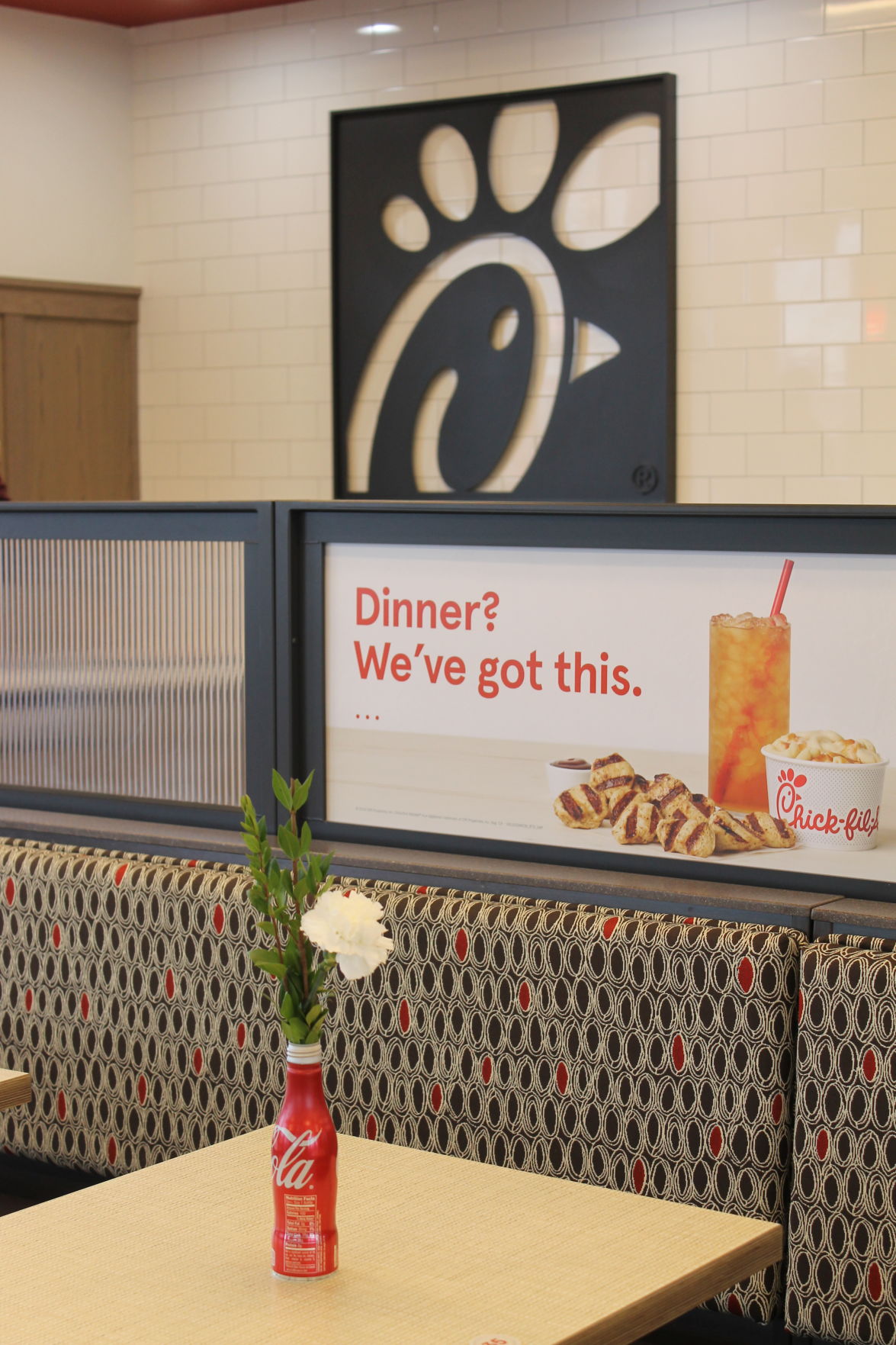 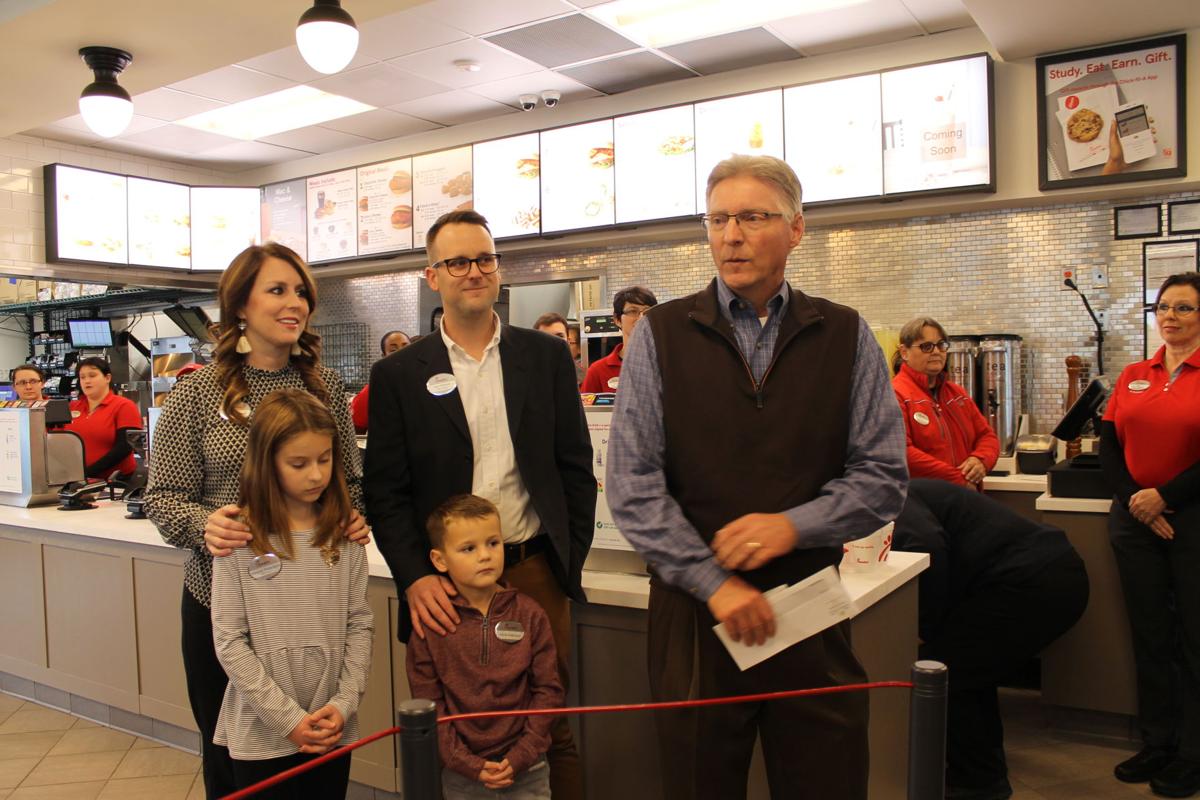 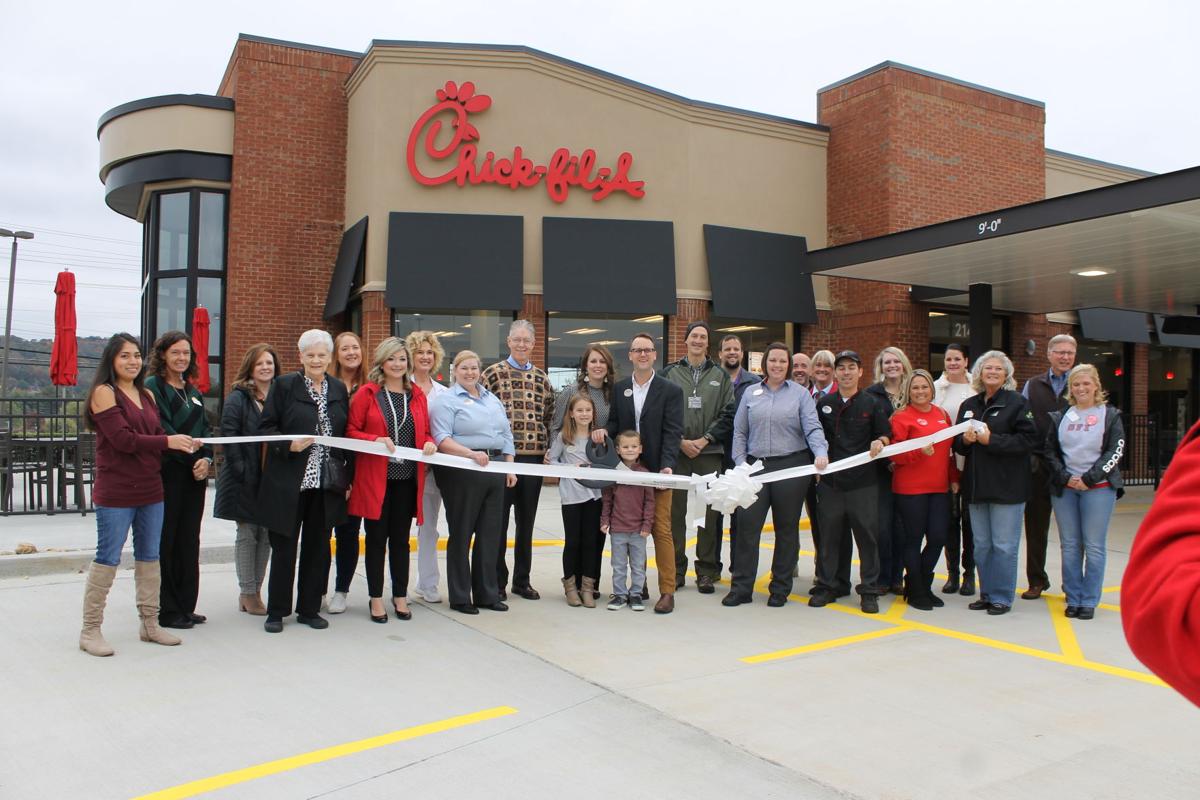 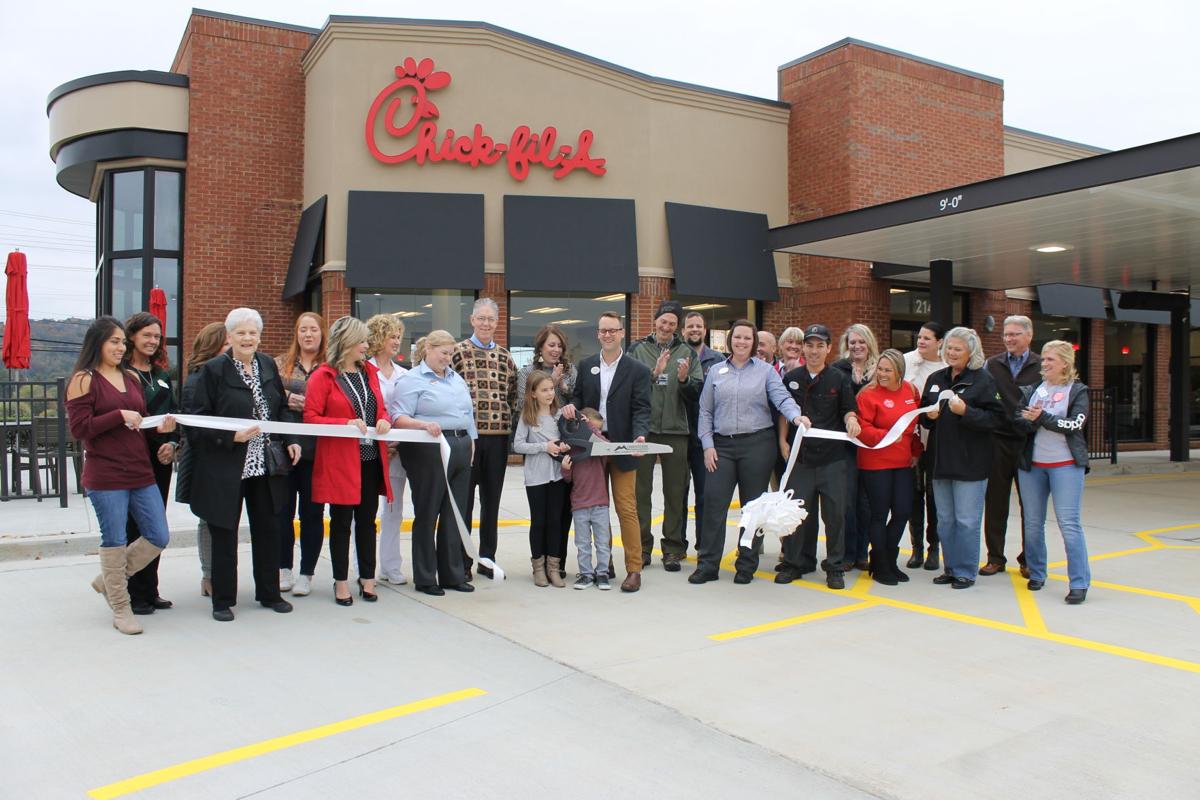 Chick-fil-A management and employees pose for a group picture prior to a ribbon cutting celebrating the remodel of the West Andrew Johnson Highway business.

The wait is finally over.

Residents of the Lakeway Area wasted no time to enter the restaurant, see the renovations - but most importantly, alleviate the withdrawal of not getting to eat the chicken sandwiches, salads and nuggets that made Chick-fil-A such a destination for over a decade.

“We’re so happy to have Chick-fil-A reopen,” said Chris Horn of the Morristown Area Chamber of Commerce. “We’re happy to have such a storied franchise come back to Morristown.”

Chick-fil-A served its last meals on Sept. 13. During that time, parking was expanded and new seating was installed inside and outside the building. Gary Robinson, owner and franchisee, jokingly said the cold temperatures might keep customers inside for a while.

“We’ve been doing some new things, but we’re glad to be back,” he said. “Today’s not a good day to sit outside, but wait until next week, and it might be about 90 (degrees) again.”

Robinson thanked Chick-fil-A’s corporate office for assisting with the renovations the location needed.

“Chick-fil-A’s corporate office (in Atlanta) renovated the restaurant to keep it nice and the guest areas fresh. Also, they did it to address kitchen and production concerns,” he said. “What drives (the changes) is the guest environment we want to have here.

“We had some unique concerns with the location of the store, but we were able to refigure the drive-in flow.”

Robinson began his journey with Chick-fil-A as a teenager in his hometown of Rome, Georgia. After graduating from Barry University, he returned to the restaurant as part of a leadership training program involving traveling to support corporately-run restaurants.

Prior to taking ownership of the Morristown location, Robinson operated two stores, including one in South Florida for six years before the opportunity came to relocate to East Tennessee with his wife Shanci and his two children.

“There was an existing restaurant for 10 years (in Morristown). The operator relocated to another area, and that opened a spot for me to buy it,” Robinson said. “Morristown is a great place to live. We have a great time working here, and it’s a great place to raise a family.”

The employees of Chick-fil-A were happy to be back at work after more than seven weeks off, but found other things to do during that time.

“For some of us, (the time off) felt pretty long. For others, it was very short,” said Avery Wolfe, Chick-fil-A team leader. “Some of us used our vacation time, worked at other stores and some took unemployment during that time - but we’re all happy to be back.”