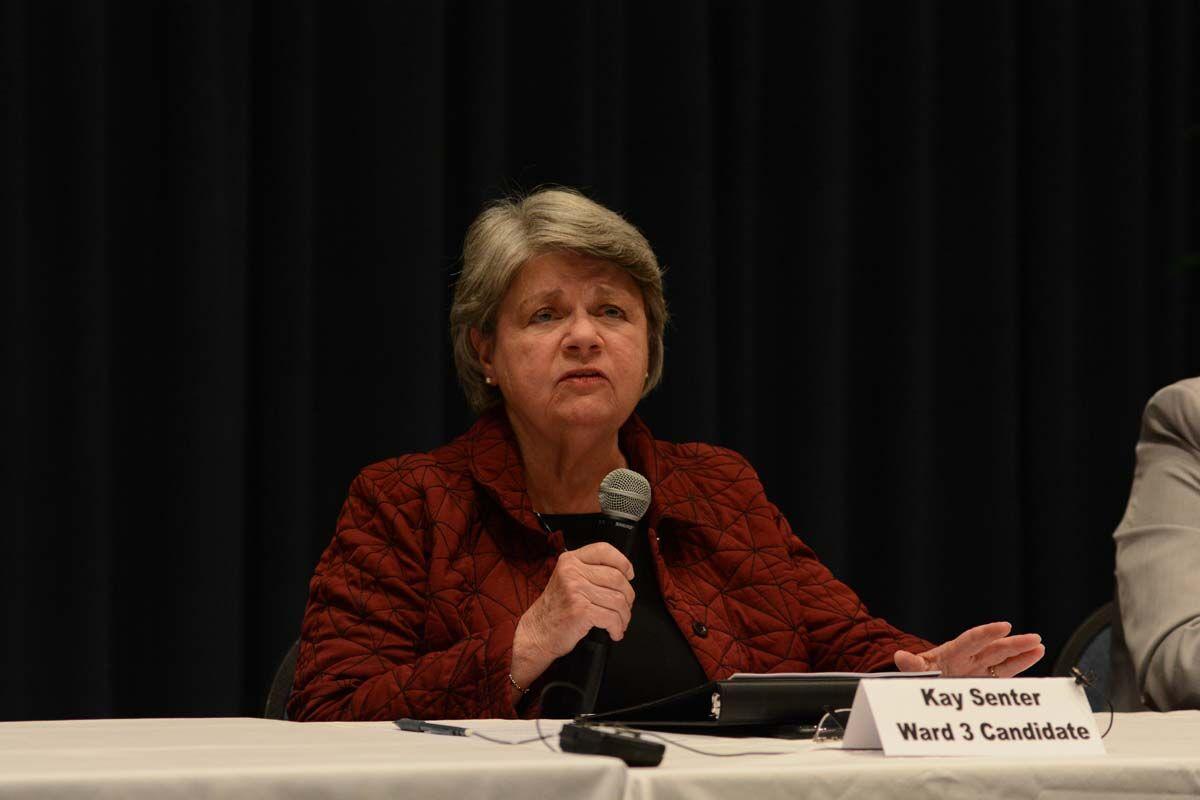 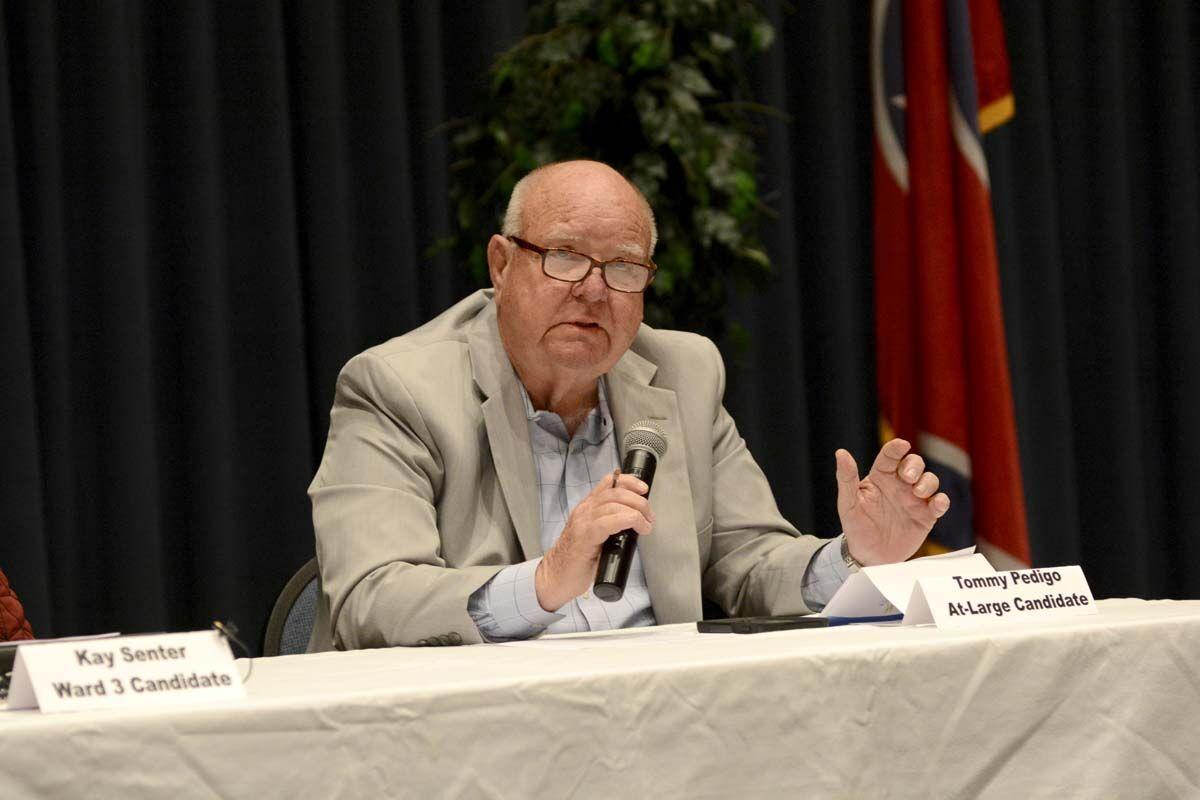 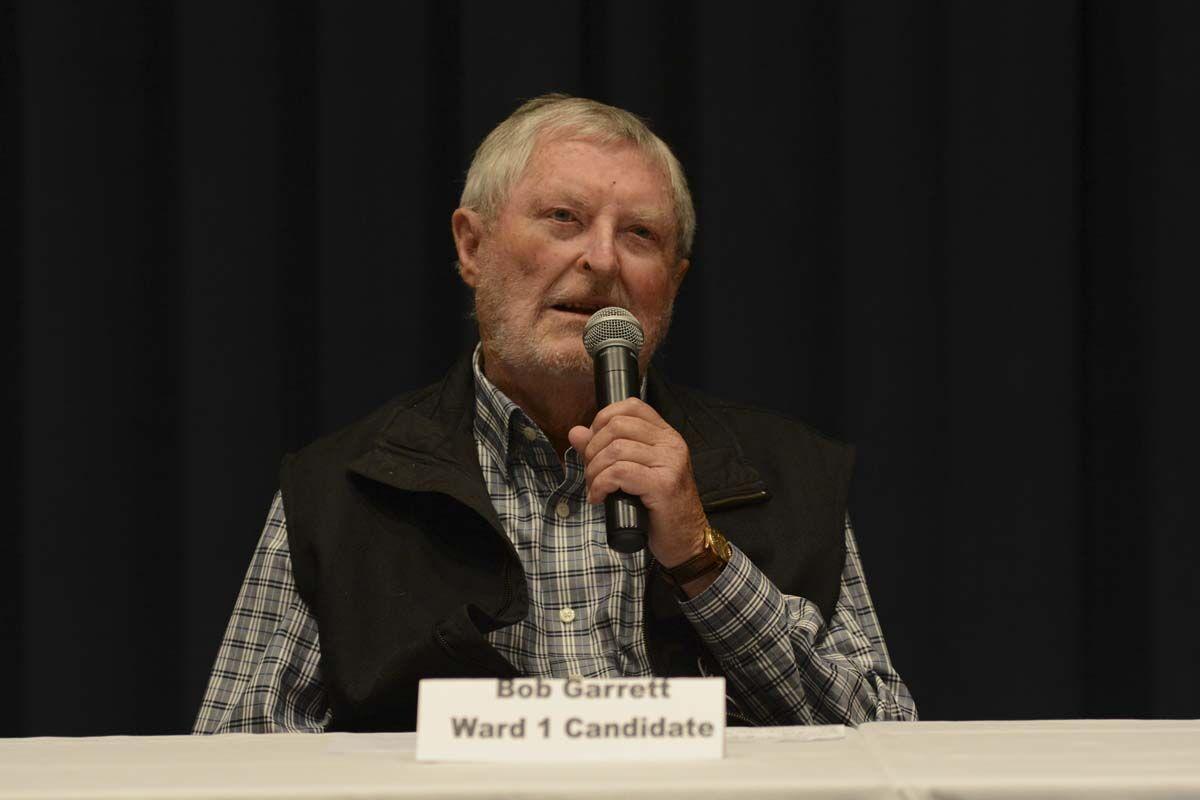 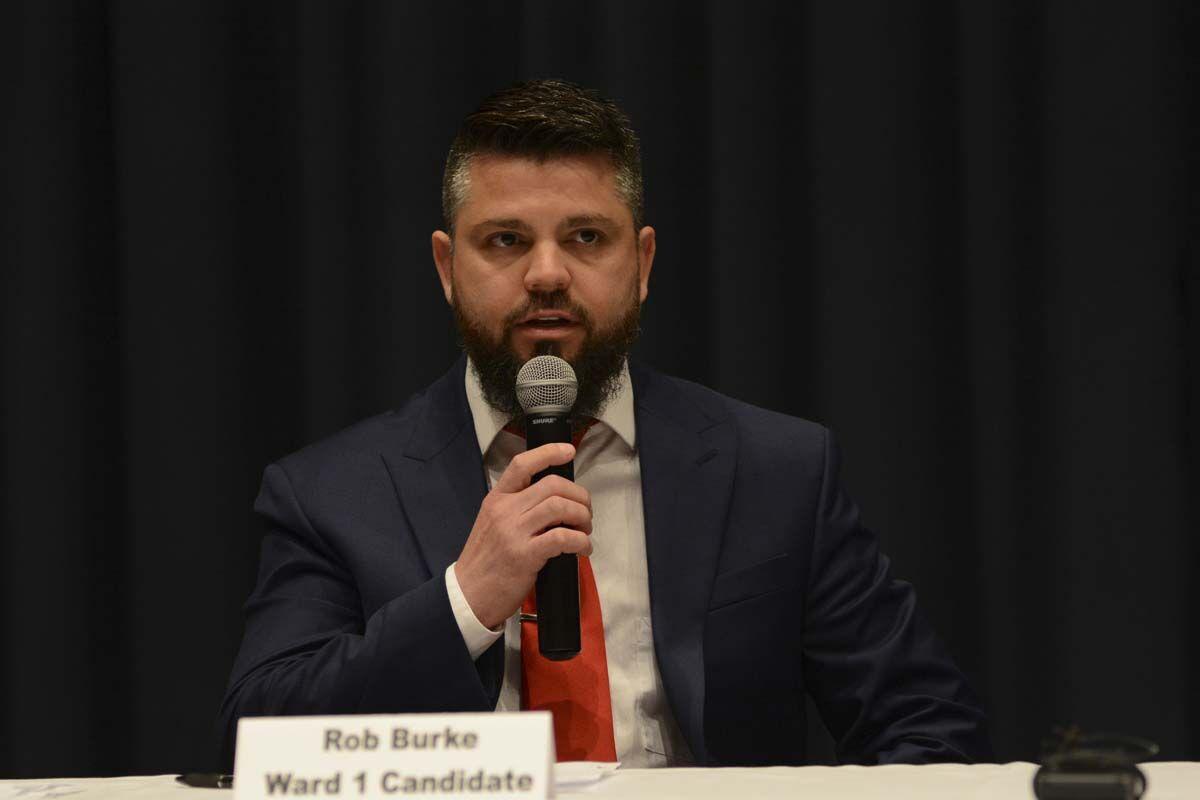 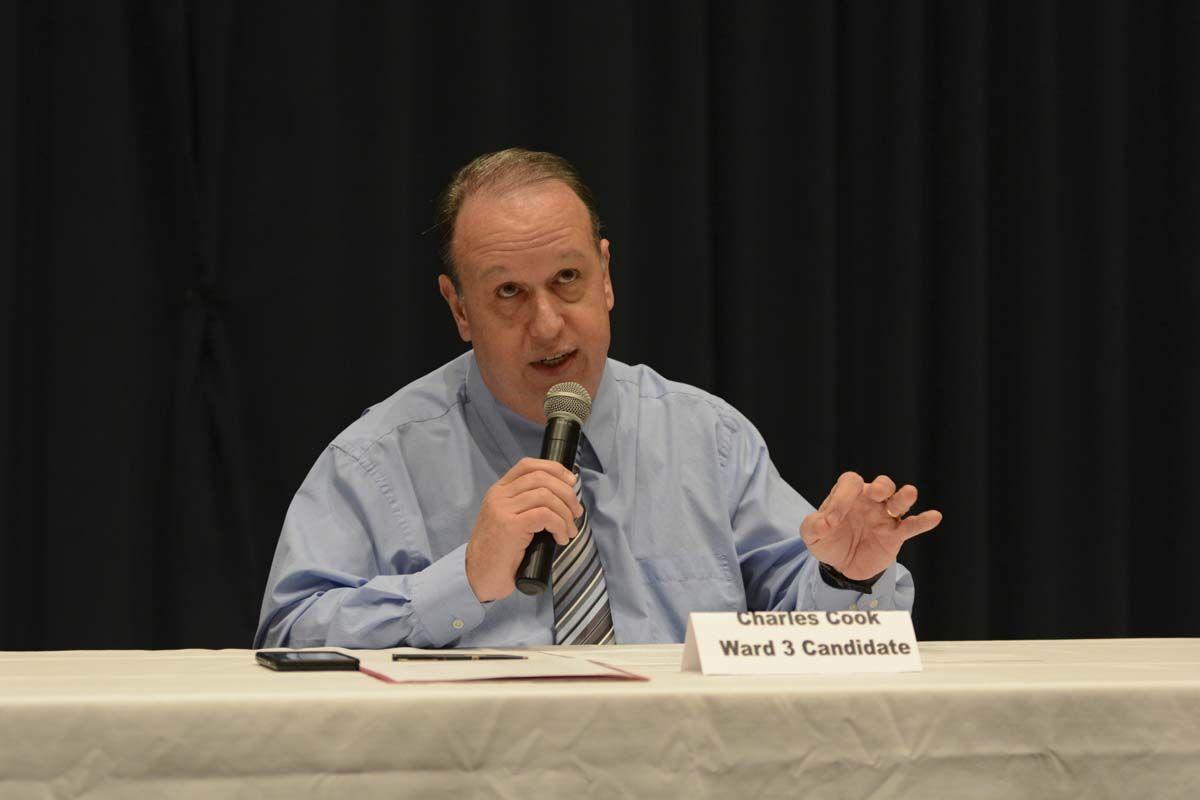 Editor’s note: Go online to citizentribune.com to find videos of all the candidates’ answers to questions, along with opening and closing statements.

Five candidates for Morristown City Council spoke on a variety of issues Tuesday night during a forum sponsored by the Morristown Area Chamber of Commerce as Election Day draws near.

The forum was held at the Lyceum on the campus of Walters State Community College.

All candidates were asked a variety of questions from what is the top issue for the city, how will they work together with others to pass legislation on the council and what is the next big civic project the city should take on.

The event was co-hosted by Debra Williams, general manager of the chamber, and R. Michael Fishman, co-chairman of the chamber’s Legislative Action Committee and editor/publisher of the Citizen Tribune.

Each candidate was given one minute for an opening and closing statement and two minutes to answer five questions presented to them before the forum.

Burke started the forum saying he thought of running for council a few months ago because he felt there is a disconnect between current council members and the public. He said he thinks there needs to be adequate representation and communication.

Throughout the forum, he spoke about his service as a combat medic in the National Guard.

“Servitude to my community has always been my passion,” he said.

His opponent in the Ward 1 race, Garrett, made a point several times during the forum that he wanted to keep momentum going on trying to help rehabilitate the parks throughout the city, especially Frank Lorino Park where there is a major development underway nearby.

All candidates spoke on their leadership skills and being fiscally conservative.

Cook said he felt one of the largest issues the city faces is too much money is being spent.

“The biggest issue is the misuse of tax monies...” he said. “What are we doing with all of these tax dollars?”

Senter focused on the quality of life that has been established throughout her 28-year tenure on the City Council, pointing out projects such as the new community center being built and the new Fulton-Hill Park that was built.

She said the city needs to keep working toward improving infrastructure.

“If you have good bones on anything, you’re going to survive,” she said.

When asked about the top issue for the city, Pedigo said he was not going to give the standard answer.

“We’ve got to come together,” he said. “We’ve got to work together... We are one. We can do it by doing what’s best for the city.”

When asked about how legislators could come together to work as one, Garrett told a story about how the city came together at one point.

He talked about how at one point the city was under duress due to the sanitation sewer system. He said thecity started addressing the issues, but the ultimate solution was to build a coalition to oversee turning the sewer system over from the city to Morristown Utilities where it could be better, and more naturally, managed.

He said Morristown Utilities has done a good job op correcting the problems.

“That’s the effort of getting us together,” he said.

He said he realized he would be one voice of seven members.

“There’s power in one voice,” he said.

Cook told the audience that one thing he wants to see happen more is solutions through the free market. He said he is afraid of how tax increases could affect local businesses. He pointed out that he has spent 33 years working at MAHLE.

“My background is in industry,” he said. “I don’t think there’s a councilmember who has experience in industry.”

He said if there are tax increases it goes to the consumer.

Senter talked about her experience on the council and as a teacher in the Hamblen County school system. She said people know who she is.

She said in order to bridge gaps between councilmembers there has to be respect and trust built over time.

Pedigo said in order to work together there has to be willingness to negotiate, honesty and trust.

“Government is not a one-man show,” he said.

Election Day is May 4 and early voting started today.

Morristown Chamber of Commerce - Question No. 2