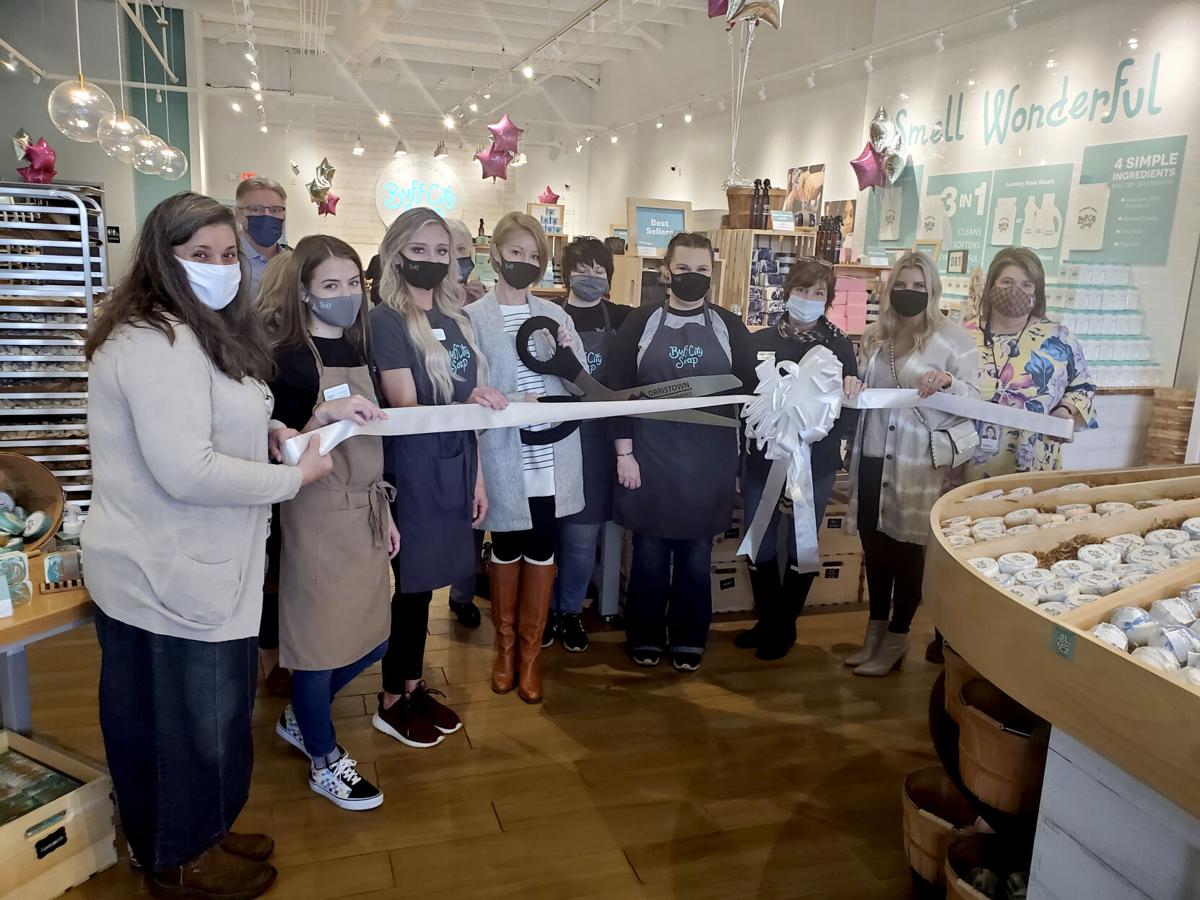 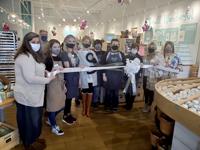 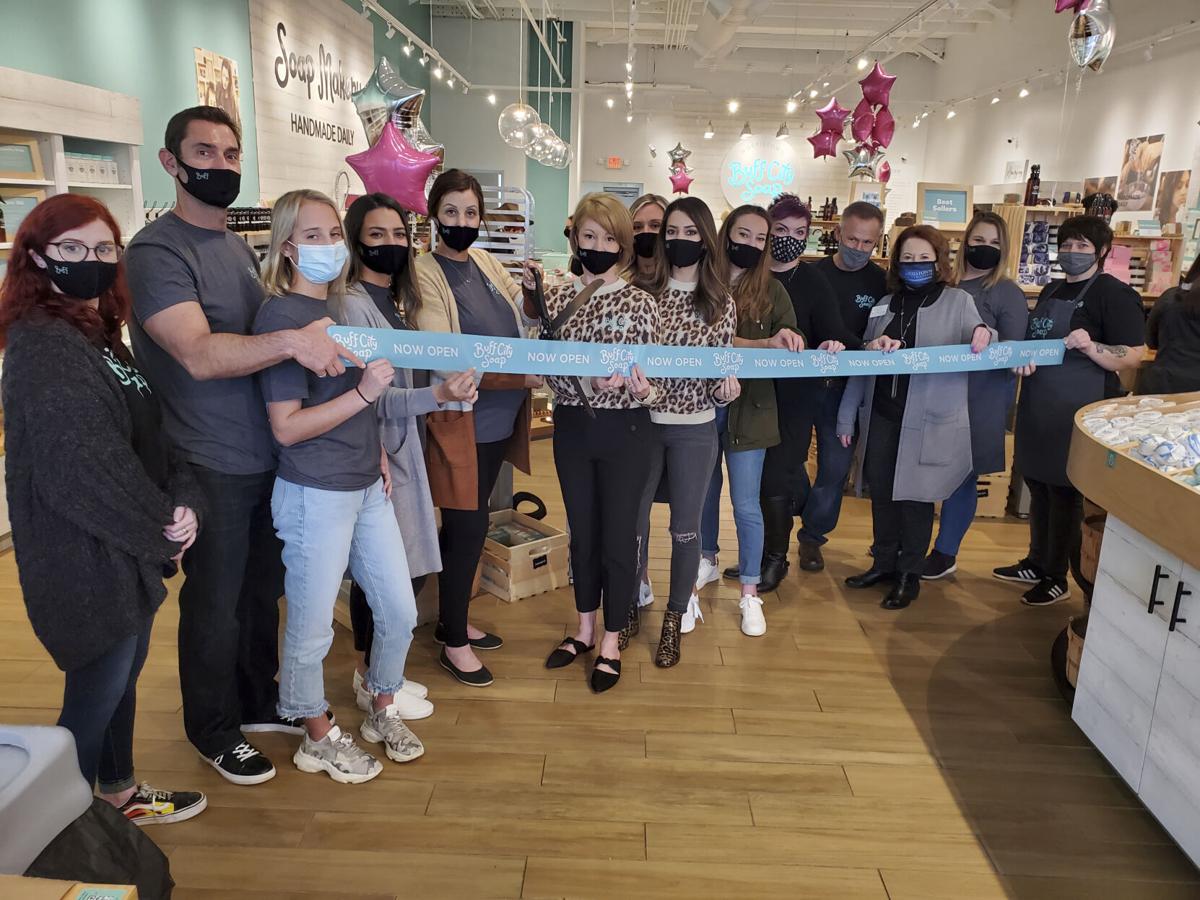 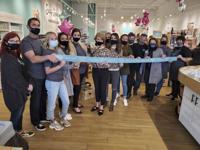 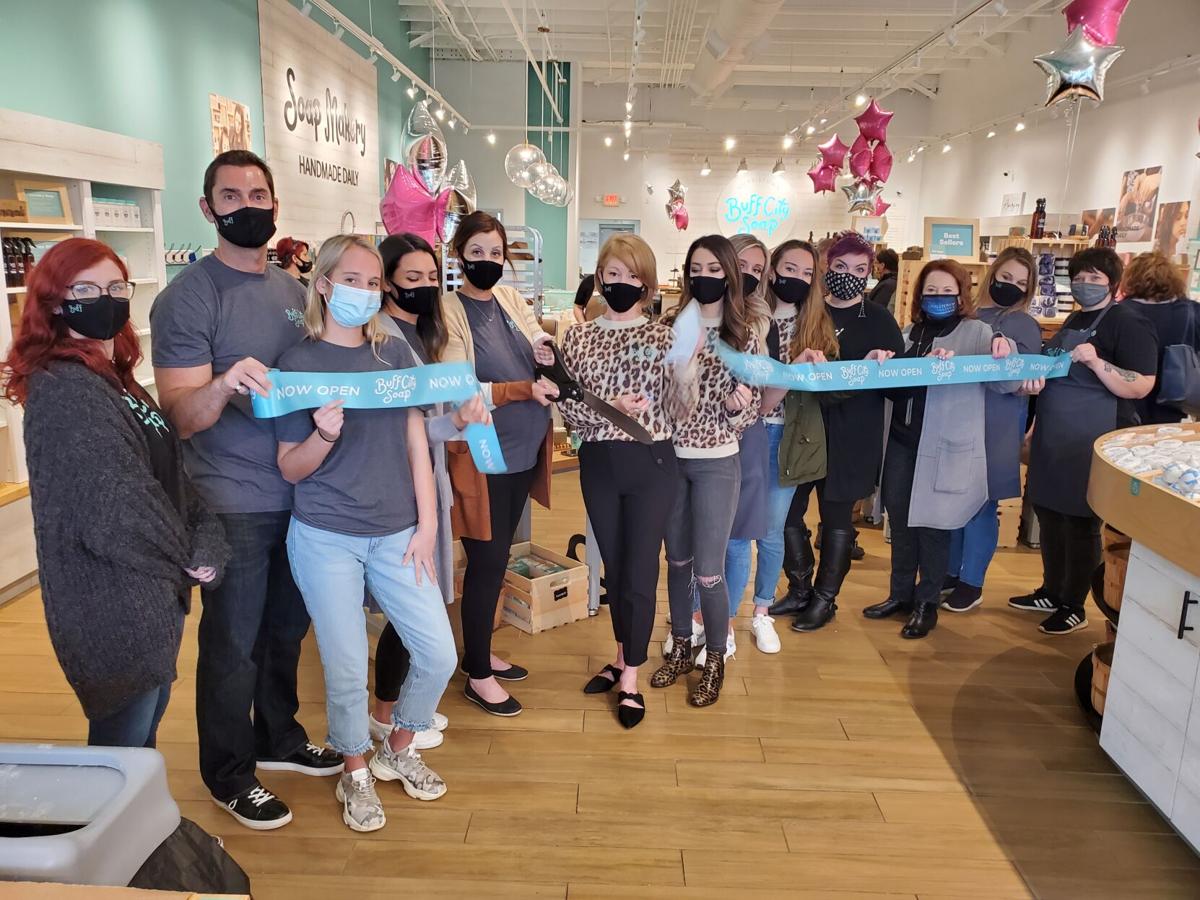 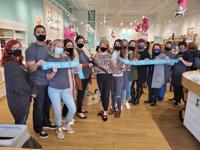 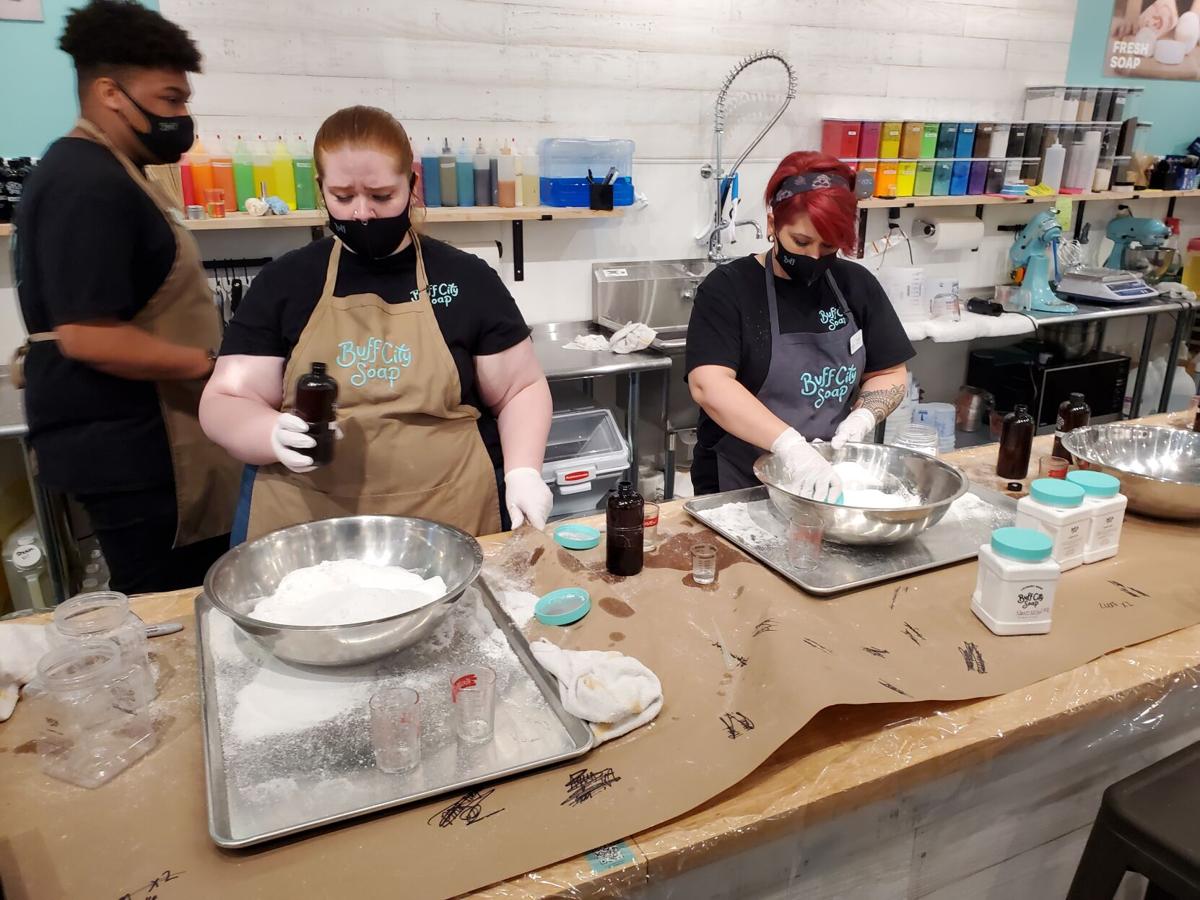 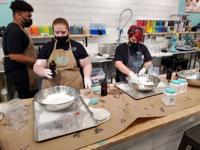 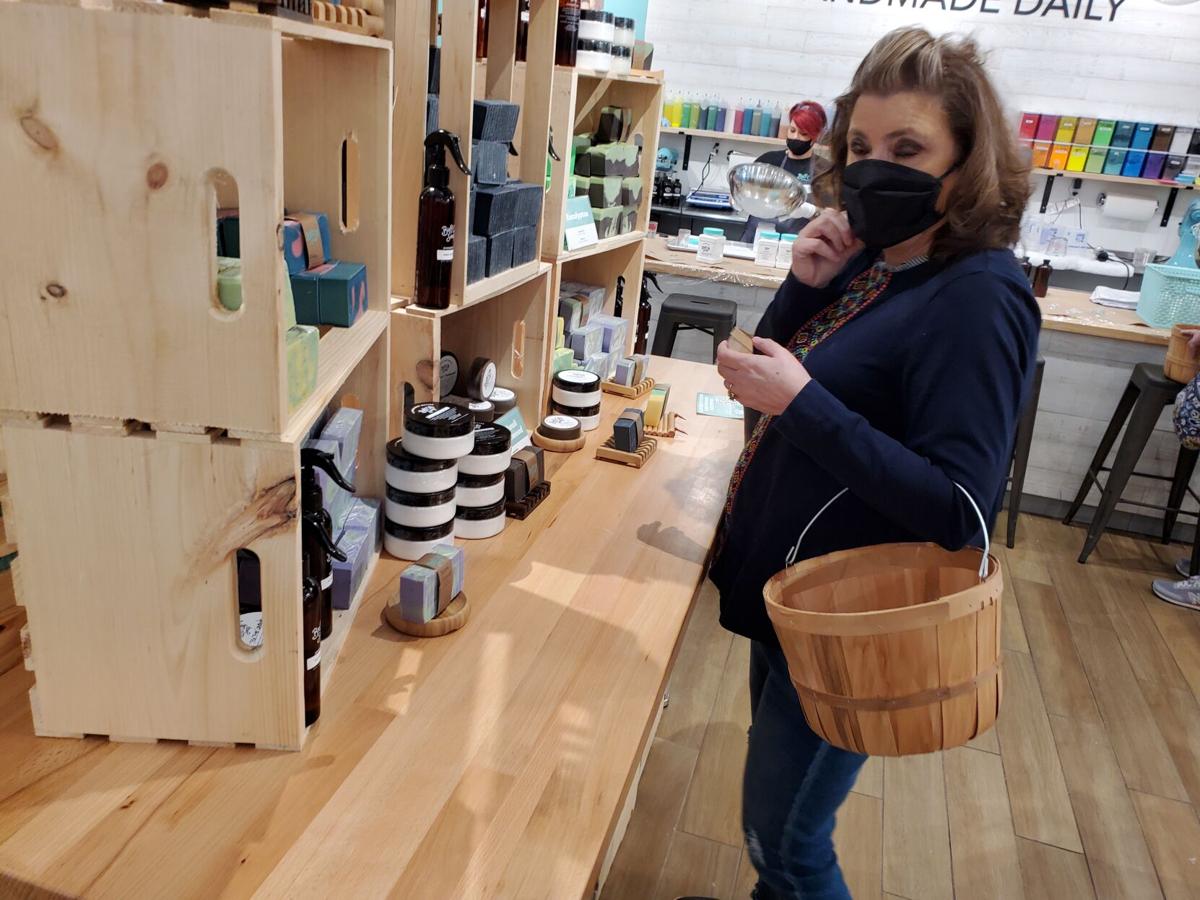 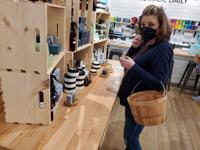 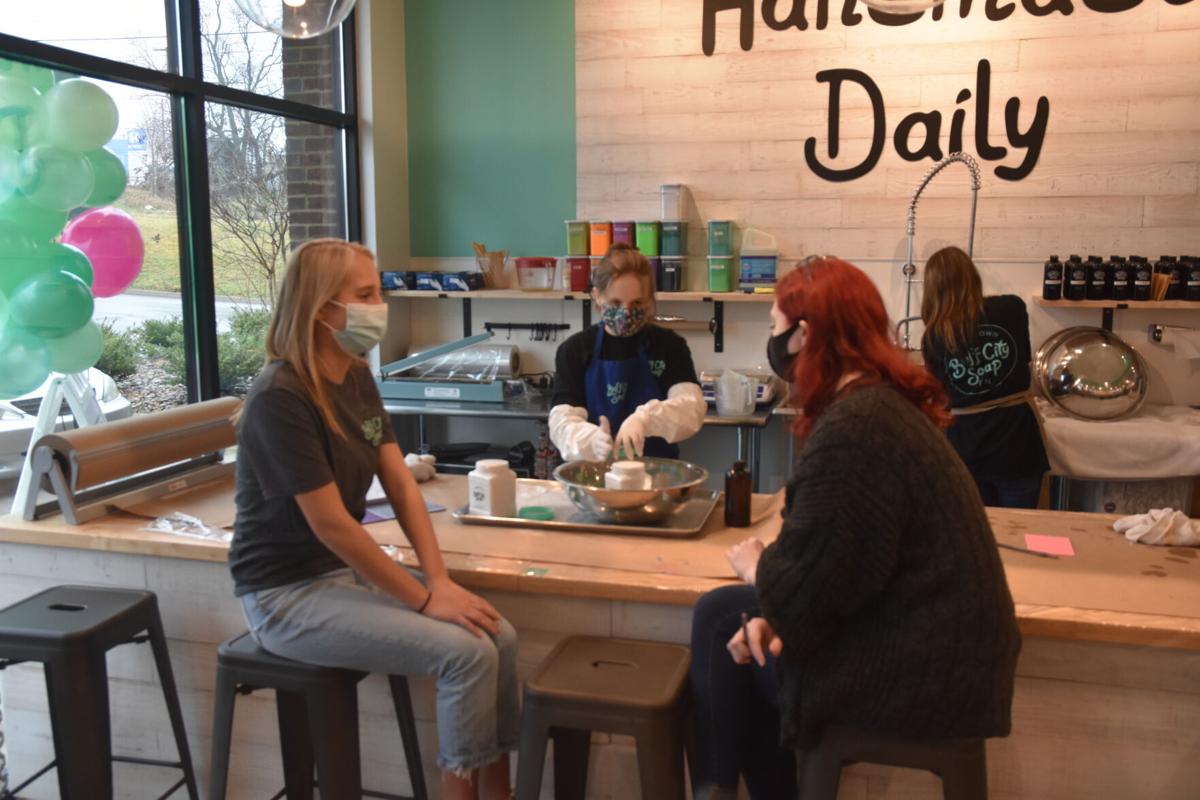 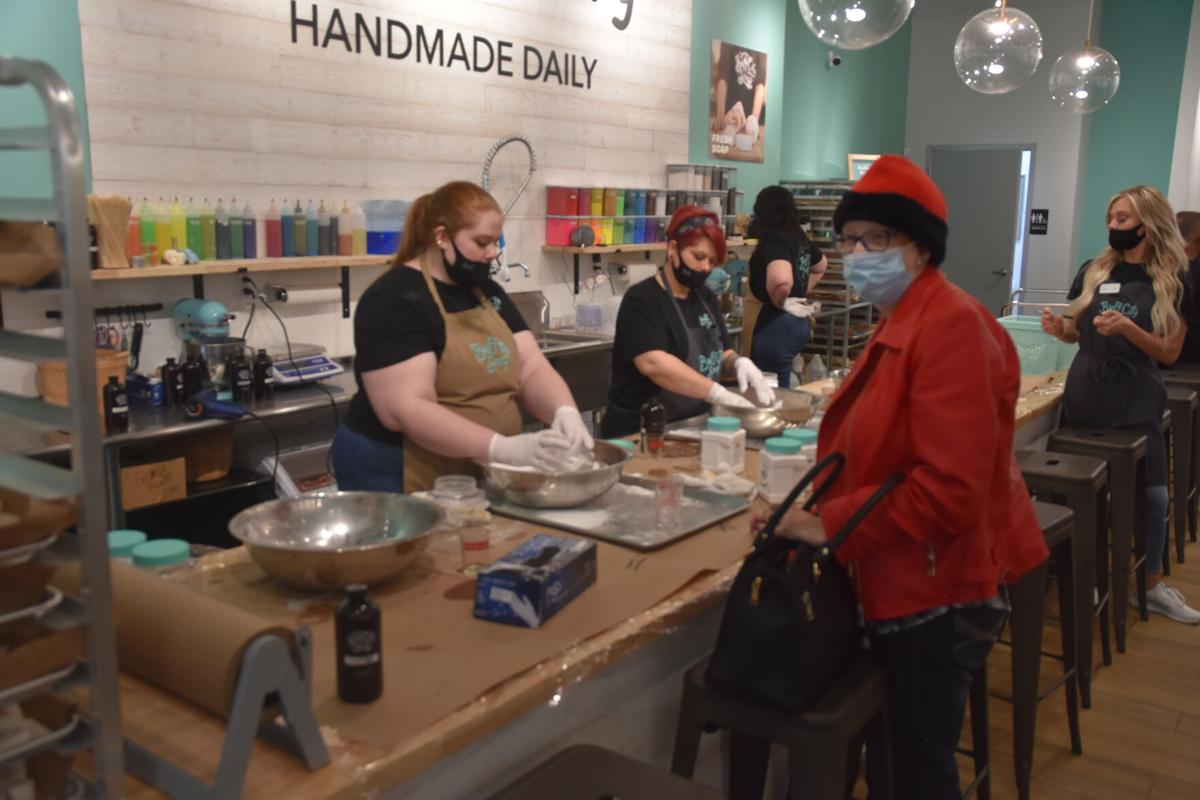 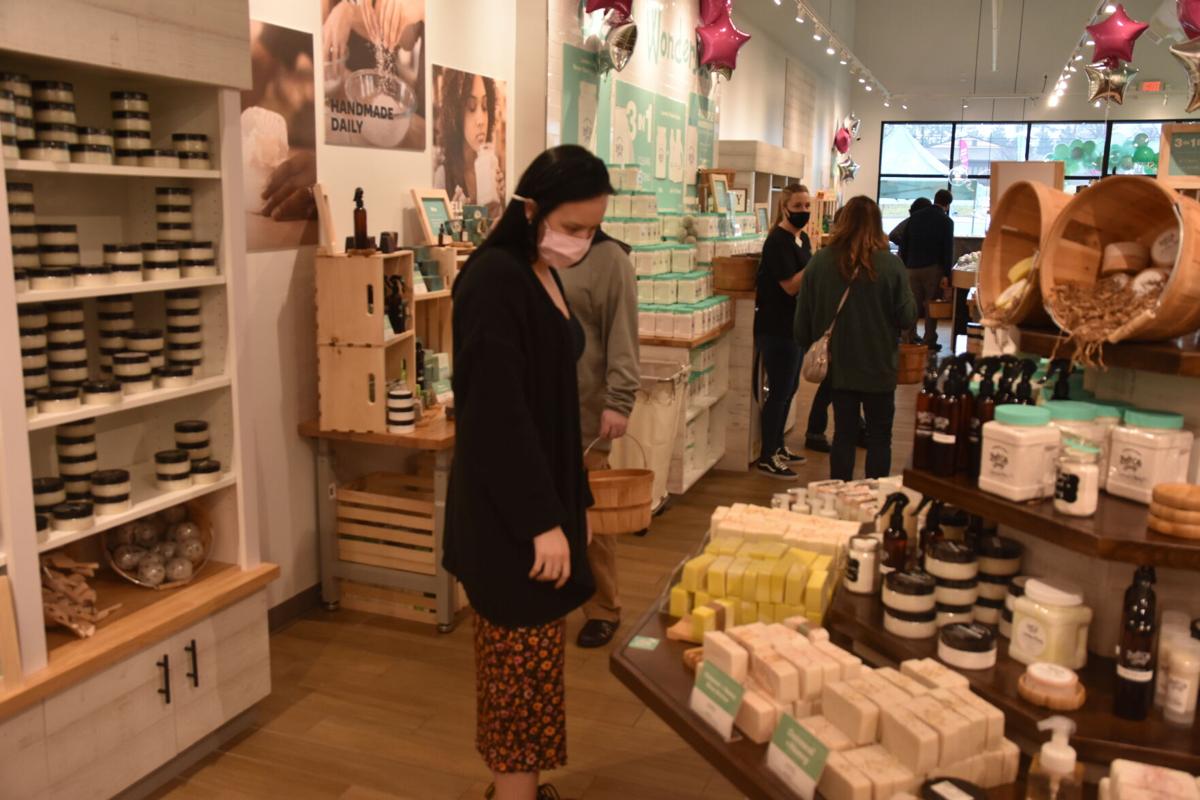 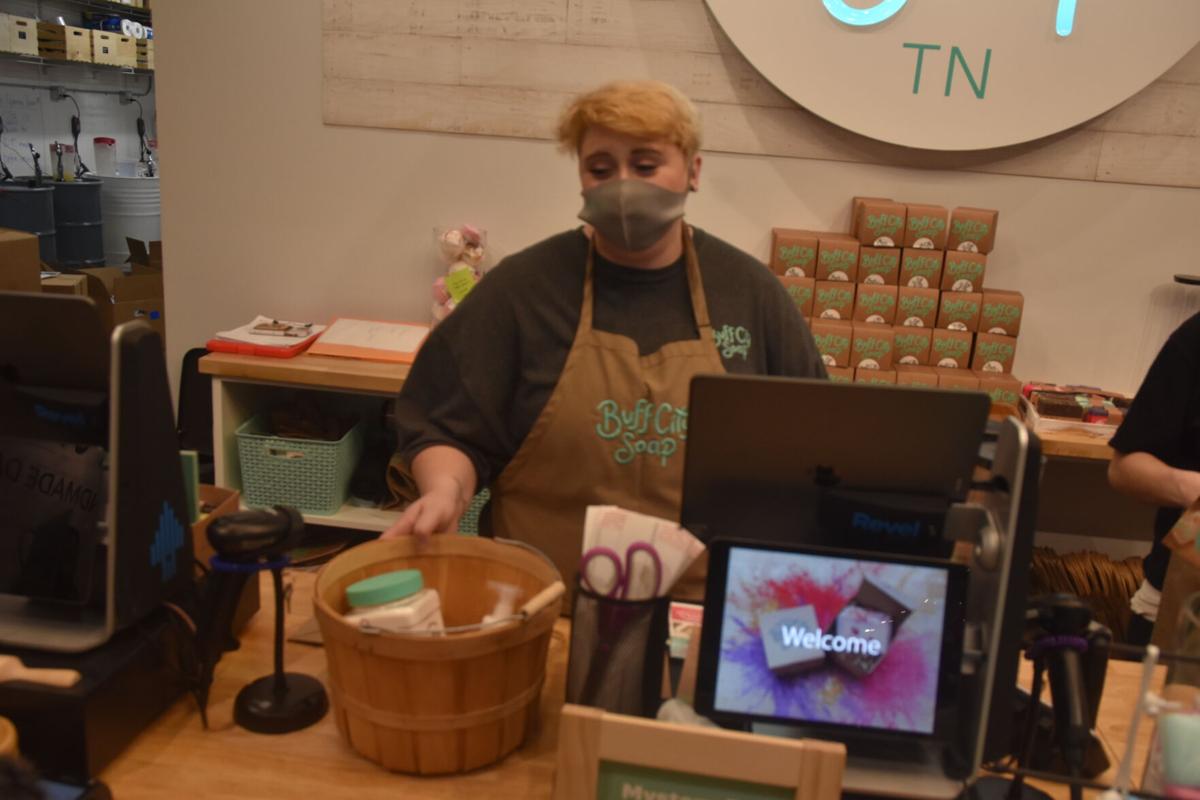 Craft soap maker Buff City Soap opened its first store in the Lakeway Area Friday at 4327 West Andrew Johnson Highway, Suite 3 in front of Walmart. Judging by the response both Friday and Saturday, the business is going to “clean up” on the competition.

Brittany Vick, one of the owners of the new store, is excited about Buff City Soap opening in Morristown.

“It’s been a long time coming and we think that Buff City Soap will bring nothing but great things to the city,” Vick said. “We’re already proud to be a part of the city.”

Vick said that Buff City Soap offers something for everybody.

“We have a lot of different things for every skin type, every age for males and females,” she said. “There will be bath truffles and bath bombs for the children to paint this weekend.”

This weekend, Buff City Soap featured its grand opening event where the first 50 people in line at opening time each day got free soap for a year.

“We’re excited to have that giveaway this weekend,” Vick said.

“We have 13 total stores open,” Vick said. “We’ll have 70 stores that will be opening this year alone.”

Each Buff City Soap store offers more than 30 customizable scents across dozens of handcrafted soap products; including its famous soap bars, bath bombs, foaming hand soap, and even laundry soap. The brand’s products are crafted by local artisans at the in-store makeries, which allow guests to customize the scent and ingredients used in the process to create a unique profile.

All soaps are made in the store, are plant-based and have no artificial ingredients or colors.

“They are handmade daily in our store. Not only do they smell wonderful, they’re great for your skin as well,” Vick said.

The soap also contains no harsh chemicals or anything to dry your skin. A lot of Buff City’s soap puts moisture back into your skin, whether you have oily, dry or in between skin.

“The really cool thing is that if you see something you like and you want to customize it, just let us know,” Vick said.

For those with allergies, Buff City also makes laundry soap.

“It’s another big item for us,” Vick said. “It’s actually made from ground coconut with natural ingredients.”

Vick also said that the laundry detergent can be scented to anything the customer wants.

“If you find a fragrance that you really love, we can put that into your shower oil, soap and your laundry detergent, too,” Vick said.

According to a press release issued in advance of the grand opening, all locations are owned by Vick, Jamie Mason, Jessica Pace, Vince Sartori, and Michelle Stokes. The ownership group is slated to open more than 95 Buff City Soap locations throughout Tennessee, Virginia, Georgia, North Carolina, and South Carolina over the course of the next several years.

The ownership group has more than 25 years of experience in the health and wellness industries, including previous experience in franchising, and after learning more about Buff City Soap, they knew it was the perfect opportunity for them.

Founded in 2013, Buff City Soap has created a high quality alternative to commercial soap products which are often full of harsh chemicals, detergents, animal fats, and sulfates. By giving customers the chance to see the whole soap making process live in each Soap maker, Buff City Soap is disrupting the consumer goods industry by focusing on transparency of ingredients and process.