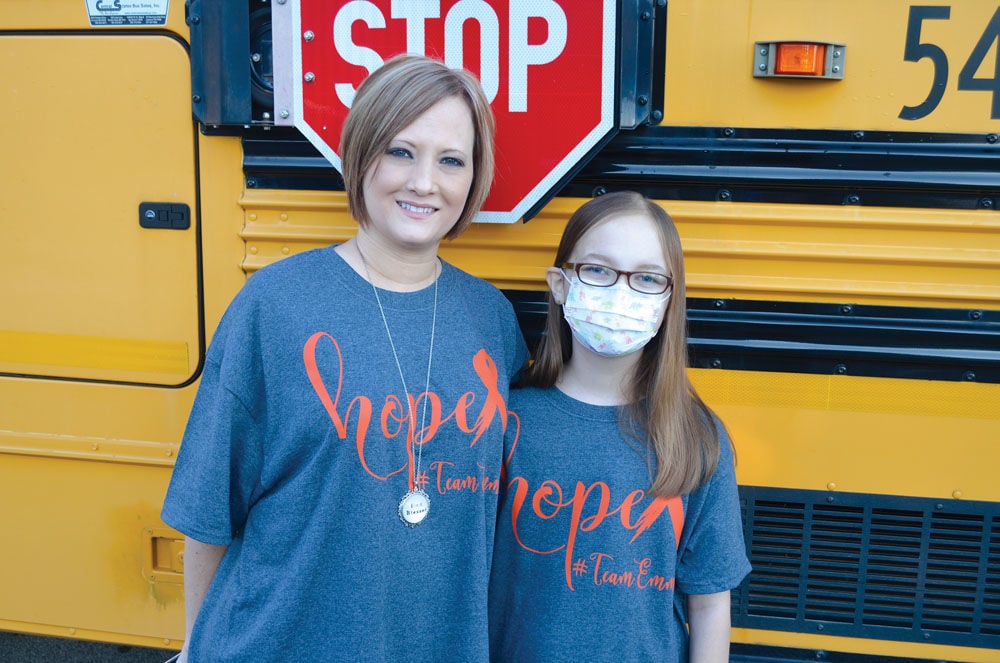 Emma and her mother Lisa Daniels. There will be a benefit for the Daniels family Saturday at 2 p.m., at Mize Metals and Recycling, located at 962 West Hwy 11E, New Market, next to New Market Grocery. 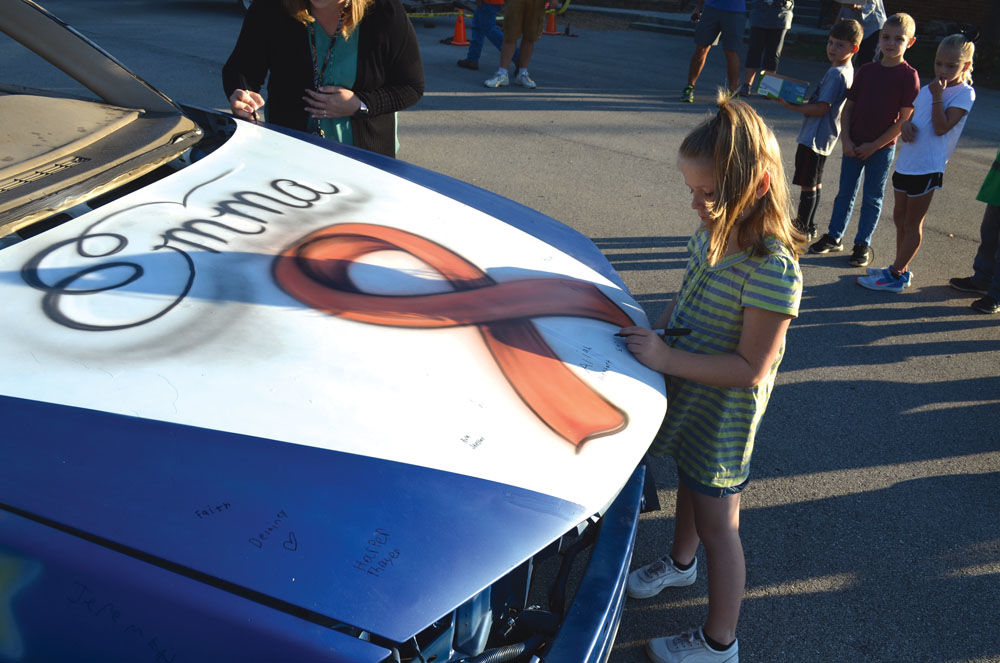 A Joppa Elementary student signs the hood of a car that will participate in the demolition derby at the Tennessee Valley Fair Monday. The car is painted in honor of Emma Grace Daniels, who is battling leukemia.

Emma and her mother Lisa Daniels. There will be a benefit for the Daniels family Saturday at 2 p.m., at Mize Metals and Recycling, located at 962 West Hwy 11E, New Market, next to New Market Grocery.

A Joppa Elementary student signs the hood of a car that will participate in the demolition derby at the Tennessee Valley Fair Monday. The car is painted in honor of Emma Grace Daniels, who is battling leukemia.

Emma Grace Daniels was getting ready to go to the beach this summer when she got sick.

Going into the hospital the same day, Emma learned that she had leukemia.

“She was diagnosed June 28,” Lisa Daniels, Emma’s mother, said. “She found out through her doctor that she had a swollen lymph node behind her ear. We went and had it checked out. He sent us to East Tennessee Children’s Hospital in Knoxville. It was diagnosed through bloodwork, so they caught it early.”

Emma, who is a fourth grader at Joppa School in Grainger County, is undergoing phase two of her treatments at Children’s four days a week. She had three treatments on Wednesday and one on Thursday. Due to the effects of the treatments, and perhaps the emotion of being back at her school, she got sick, but was going to the doctor afterward after a rest.

“She’s been a trooper through it all. She’s kept a smile on her face, a positive attitude and she has done really well,” Lisa said. “Everybody has been so wonderful. Our community, family, friends, everybody. We’ve been truly blessed to have such wonderful people in our lives.”

In order to help pay for the treatments, New Market demolition car driver, Dwayne Phillips, and his boss, Daniel Mize, wanted to help the family. They painted a Chevrolet Impala blue with kittens and a pink cancer ribbon with Emma’s name on it. They brought the car to Joppa School Friday morning so students could sign it before the car competes in the Tennessee Valley Fair’s Demolition Derby on Monday night.

“My family usually does a demolition derby car each year,” Phillips said. “My boss wanted to get involved with for Emma Grace Daniels.”

“We were at the Jefferson County Derby and one of our friends knew Emma and asked if we could build a car for her,” Mize said. “That’s what got us started.”

An auction to benefit the family will be held at 2 p.m., Saturday at Mize Metals and Recycling, located at 962 West Hwy 11E, New Market, next to New Market Grocery. The benefit has items worth more than $2,000, the biggest benefit Phillips and Mize has done so far.

“We started about three weeks ago with the raffle,” Mize said. “We will have a car giveaway, too.”

A 2003 Ford Taurus will be raffled off at the auction. Other items include a gift basket, various tools, haircuts from Cutter’s Edge, a $50 custom screen printing, specials and embroidery from BK Graphics; two tickets to Ripley’s Aquarium of the Smokies and much more.

This isn’t the first time Phillips has built a car for demolition derby.

“We have done this the last five years,” Phillips said. “Last year we raised funds for a Tennessee Highway Patrol trooper in West Tennessee who was hit while on duty. Another year, we raised money for the family of a Maryville police officer who died. Another year we did a car to honor our veterans.”

Joppa Principal Pam Roach called Emma a kid one always wants to be around.