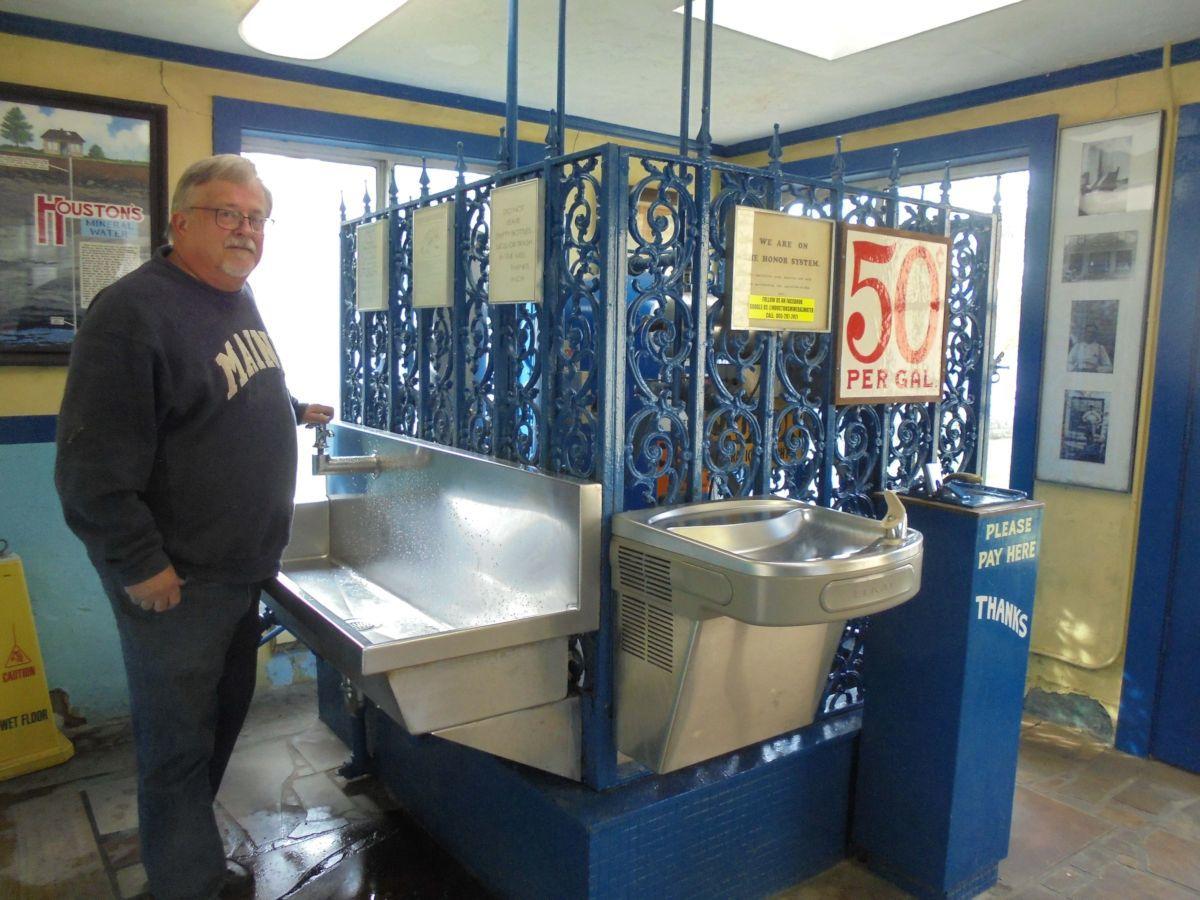 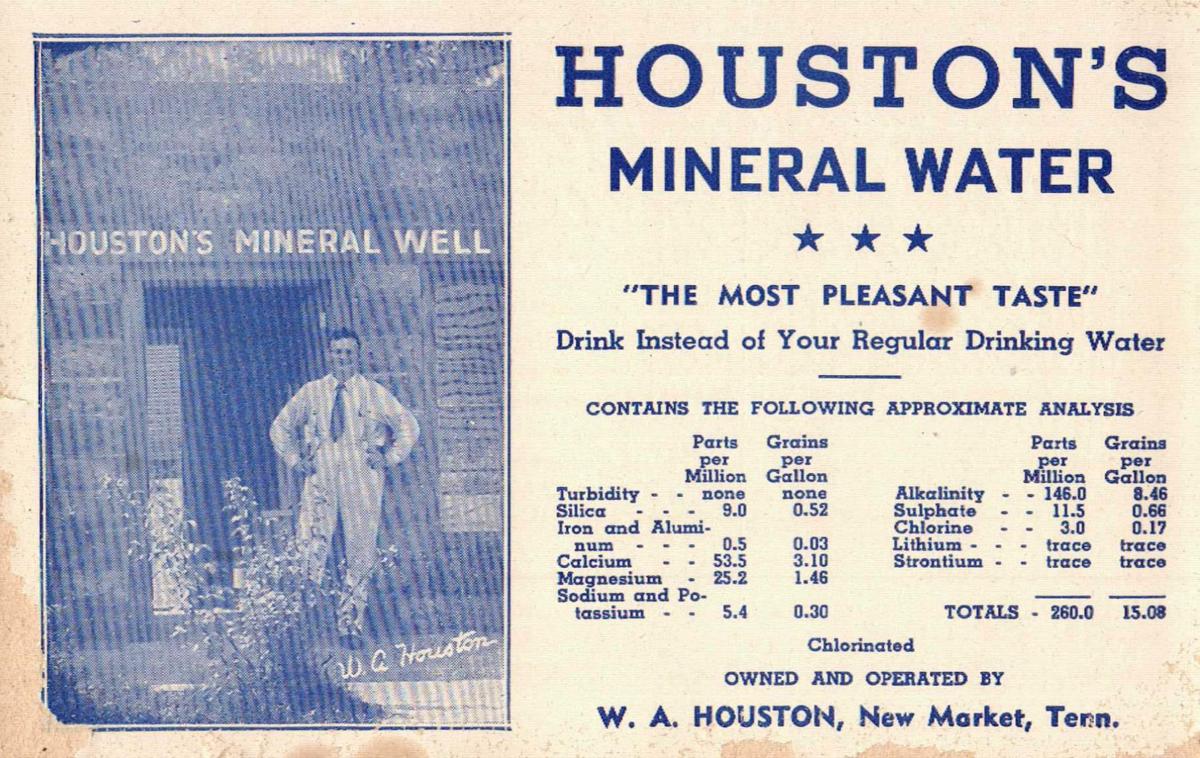 April, 1931. The Great Depression had spread across the U.S. and had caught New Market in its grips. The town, said to have been called Tucker Town in pre-Civil War days, had been primarily a Union stronghold during the war, like many other parts of upper East Tennessee. Heavily damaged during the conflict, the town rebuilt and was thriving by the early 20th century. Following World War I, New Market was blooming with churches on every corner, a train stop, doctors and various businesses. The Depression followed and hurt most everyone, as well as the town of New Market.

In 1922 William Avery “W.A.” Houston, who had come to the area in 1913, built his two-story store in the middle of town on the then-11-E highway. The bottom floor was mostly groceries, while the top floor held dry goods. The store also held the New Market bus stop, where shoppers could take a bus to Knoxville for 40 cents and enjoy drinks and popcorn from W.A.’s store while they waited. The Depression hurt W.A.’s business, while his health was also in peril. Kidney trouble had brought on kidney stones, which none of the area doctors of the time could help, leaving W.A. to suffer terribly. While in intense pain one night he began praying and received a vision from either a voice or an angel which told him to dig a well 252 feet deep on a nearby site.

The next day, W.A. put a stick on the site and hired a well driller. The driller soon came to water at 90 feet, but was told to keep drilling. The drilled hole was cased and the drilling resumed to find more water at around 150 feet. The driller was amazed when W.A. demanded that he keep drilling and cased in the second hole. On borrowed money W.A. had the driller continue until at 252 feet he came to a stream of crystal clear water. W.A. drank the water and within a few weeks there was no sign of his kidney problems. The cure would last for the rest of his life.

A woman in town had the same problem and after W.A. began providing her with the water, she was also cured. Cures continued happening to others. The word got out that W.A. would give away his water and soon people began coming for the water which was brought to the surface by a hand pump. W.A. was soon making as much money from tips for the water as he was making at his store. He died of a heart attack at age 55.

The idea for this story came from a recent visit with Clinton’s Steven Portwood, who travels to New Market regularly to rebuild his stock of Houston Well drinking water. Steven led me to remember a New Market native, Floyd Hall, then 77, who in an article from nearly 30 years back, told of a boyhood memory from 1935 when he paid one penny for Gov. Browning a drink of the well water. The governor thanked young Floyd by autographing his cup and inviting the boy to visit him in Nashville.

Today the Houston well is operated by W.A.’s grandson, William “Bill” Houston. Bill taught art at Carson-Newman University for 40 years and is now retired. He was at a party at the Atlanta home of friend and schoolmate Dr. Thomas High, where he met Christa Reese. The two have now been married for 10 years and Christa continues her work as a popular restaurant critic throughout the South.

Bill and Christa now live in their house beside the former Houston store and have built an attractive apartment on the second level of the store that contains artwork Bill has acquired over his career. He keeps a woodworking shop in the bottom floor where he makes fine furniture. Bill was born in Knoxville in 1951 and is the only child of William Basier and Mary Pugley Houston. He shared his story along with the story of the well.

“I’ve lived all my life here in New Market except for graduate school at the University of South Carolina-Columbia and summer trips to Maine. My dad had been a sergeant in the Infantry of Patton’s Third Army during World War II. He was in Milledgeville, Georgia, when he met my mother, who was an instructor/trainer/bugle player in the Navy. She was from Maine and they met on a blind date. They were a little older than the regular soldiers and chaperoned their dances and were married in 1945 in Lewiston, Maine.

“My grandfather’s store had been fairly prosperous. Downtown was thriving then. There had been a finishing school, a bank, a couple of hotels, Hux’s Grocery Store and Minnis Dry Goods. The Depression had been devastating and the town never got over it. They would run ads in papers and magazines about the water and would get letter after letter from people being cured. Some guys in Knoxville had heard about the well and wanted to buy it and bottle the water, but my grandfather kind of thought it was sacred and wouldn’t sell the well. He bought up a bunch of Coca-Cola and Nehi syrup bottles and my uncle Sam A. Houston found a way to burn out the old syrup and done most of the cleaning, and ran the well. They would sell the bottled water in wood crates by mail order. My grandfather took an old Model T down to the motor and steering wheel and took the water to the railroad to be shipped out. It was later shipped by Mason-Dixon trucks.

“In 1945 they got a letter from the FTC that the advertising on the bottles violated the law, so they had to go to federal court in Cincinnati. They produced so many letters telling of cures that the judge threw out the case. He told that the cures were something that couldn’t be explained, but they had to quit advertising the water cures diseases and they stopped making those claims

“People around here would visit with each other, but after television came there was no visiting. When the new Highway 11E came in 1948, it bypassed the town. People would zoom past the old downtown and the new route deemphasized the place. Dad would run the store and was also a rural mail carrier. I had to raise the flag at the bus stop to show we had passengers. The water business went down after we no longer advertised the health aspects and we stopped shipping in the mid ‘50s.

We put in a pump and kept selling the water at 25 cents a gallon on the honor system, where most people paid. Insurance and lab fees doubled in 2008 and we had to put in a $5,000 pump and filters, so we had to raise the price to 50 cents a gallon. People come from all over the eastern United States – from Ohio, Maryland and South Carolina for our water, but the majority of our customers come from within a 100-mile radius. “

The well is said to be the oldest continually operating business using the honor system in the state and is open from 8 a.m. until 8 p.m. seven days a week, 365 days a year.