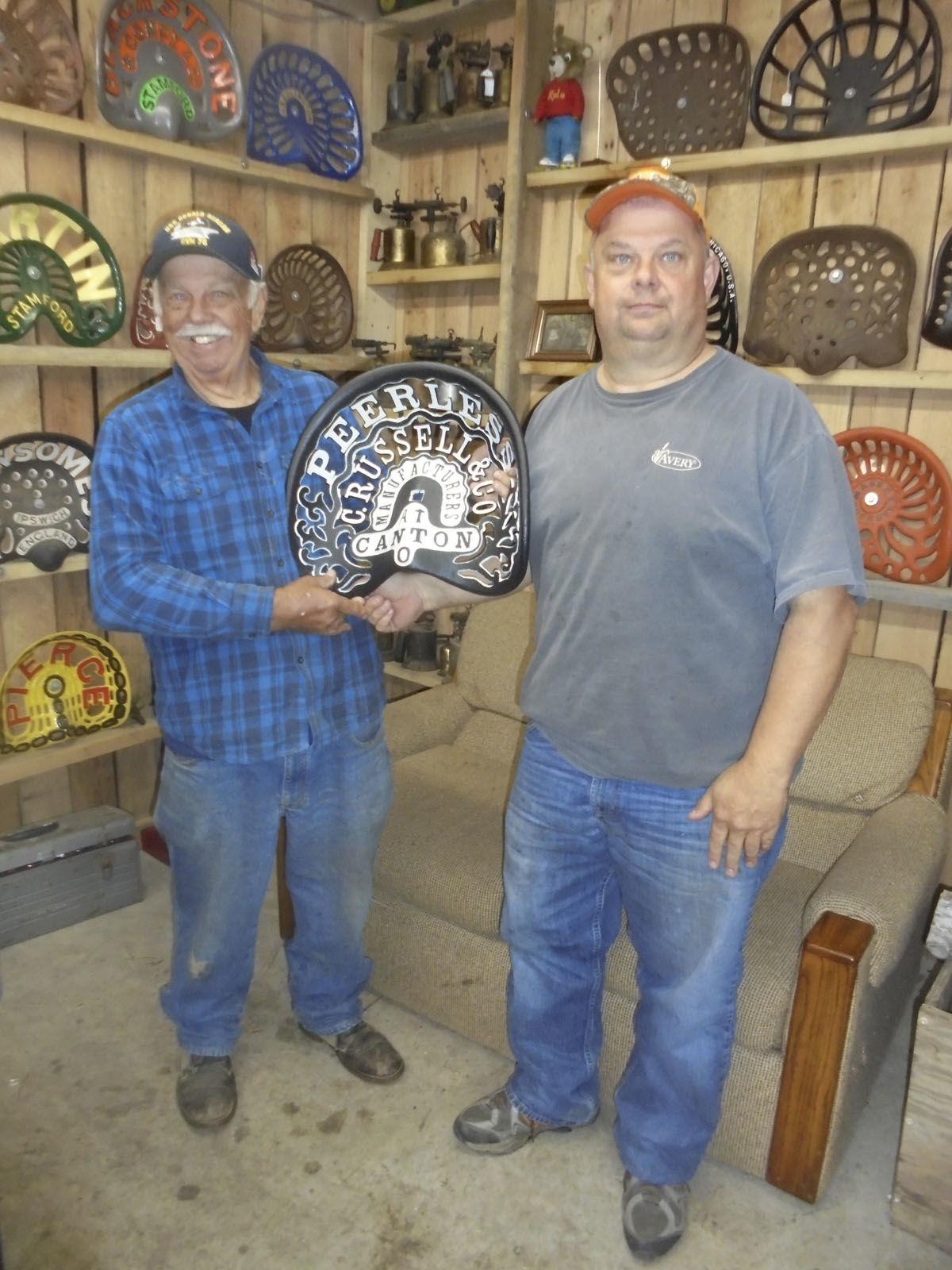 The Greenes – Father and son team up in a museum 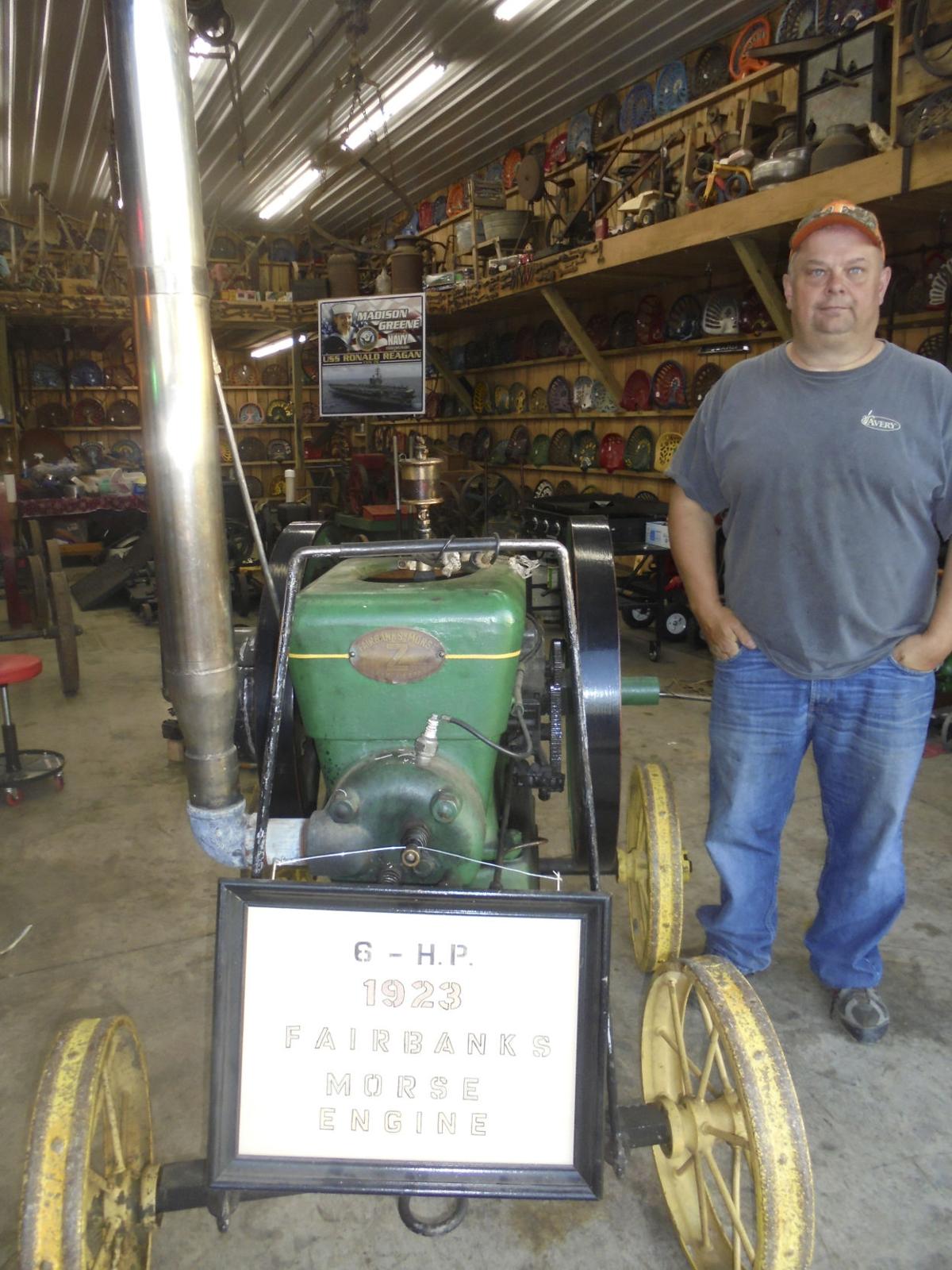 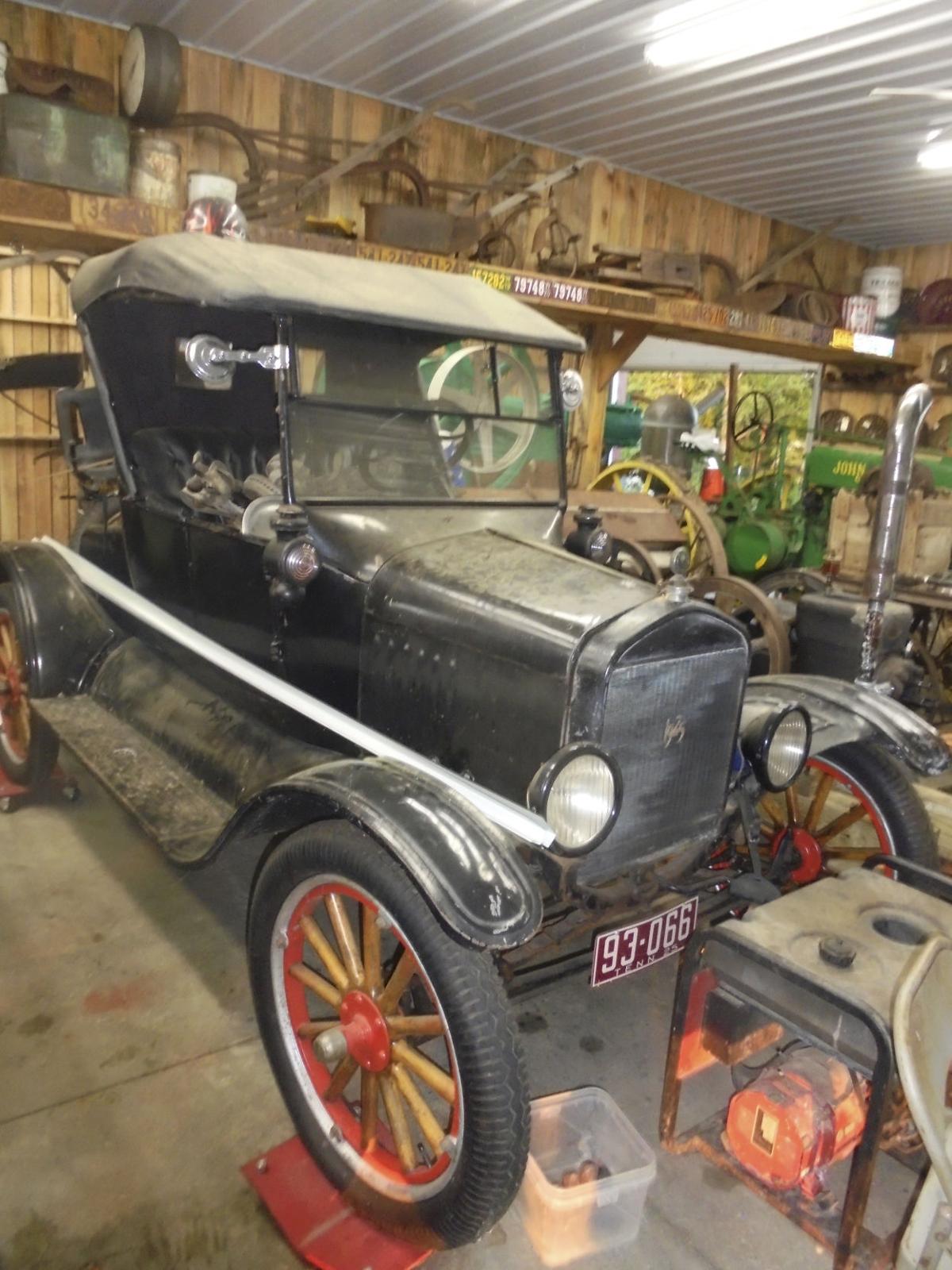 Included in the Greene antique collection is this still-running 1925 Model T automobile.

The Greenes – Father and son team up in a museum

Included in the Greene antique collection is this still-running 1925 Model T automobile.

The earliest humans quickly began looking for ways to make their work easier and began domesticating animals. That quest extended to wind and water power. Steam began powering devices as early as the first century A.D. with the first commercial steam engine being produced in 1712. The 1800s would be the Age of Steam, with steam engines becoming common in a factories, boats and locomotives. As vast forests were cut to provide fuel, coal became popular, while other methods of power were being developed.

A turbine motor was built in 1791, while a petroleum-burning internal combustion engine was patented in 1794. Some fuels for those early combustion engines included moss, coal dust, gun powder, hydrogen and oxygen. The first really successful gasoline engines appeared in the late 1870s. By 1885-1886, Karl Benz was building gasoline engines for his automobiles, with similar engines quickly being put to a variety of other uses including oil fields, reservoirs, factories, farms and even homes.

I’ve long found the rural Whitesburg folks to normally be friendly, honest and hardworking folks, with the father-son team of Jimmy “J.C.” and Channing Greene of Mullins Road well representing that trait. Friend Matthew Lawson told me of the Greenes and their amazing collection of old gasoline engines and other now rarely seen farm items. Matthew arranged for Ronnie Yount and myself to visit with the Greenes and get a close-up look at their very extensive and interesting lifelong hobby.

The Greenes have taken a large storage barn and arranged nearly every inch into a well laid-out museum of items that would have been seen well over a century earlier. A careful look at the displays includes the ancient Magtag washing machine in the bathroom concealing the hand-washing sink, and the galvanized stock watering tub, which was engineered to serve as the dish washing sink for gatherings.

Along with their engines and other items, the Greenes are widely-known collectors of cast iron farm implement seats and accessories. They’re members of an international seat collectors group, The Cast Iron Collectors, and upon our arrival were hosting three of their collector friends from Alabama, Mike and Tammy Castleberry along with their friend Maliha Alzyat. The collector group has members across the U.S., Canada, Australia, England, and other countries.

A Whitesburg native, J.C. was born nearby his current farm in 1948 and is the eighth of 10 children of W.L. and Lida Shelton Greene. After graduating from Whitesburg High School in 1964, he joined the Navy and spent a tour in Vietnam. Returning from the Navy, he worked with the Tennessee Department of Transportation as a surveyor for 38 years until his retirement at age 60.

“I surveyed straight roads and made them crooked,” he joked. Along with his formal job, he continued farming and growing his collection. Married to the former Judy Adkins in 1969, they have an only son, Channing.

Born in 1971, Channing attended Whitesburg Elementary School before graduating from Morristown-Hamblen High School East in 1989. Employed at the Walmart Distribution Center in Midway, he has a daughter, Madison, now serving in the Navy, who is the family’s pride and joy. As we sat down for our meeting, Channing and J.C. told about their hobby.

“Cast iron seats go back to the 1830s up until the 1920s when they were replaced with thinner steel seats,” they said. “The Amish still have some cast iron seats and we find seats at auctions and club meetings. We have about 750 seats and find a lot of them up north but a bare minimum here. Our oldest is an 1850s seat and is worth about $2,500. Round seats are the most expensive.

“We’ve got a number of the of the old ‘hit and miss’ engines as well as some old tractors. The oldest engine I’ve seen is a H&M from the 1880s, which is worth about $6,500, but the oldest we have is a 1914 Franklin and a 1916 Galloway. The engines run from a couple of hundred to thousands of dollars and we find them at shows and auctions, many from up North. We also have a couple of old engines that they used on washing machines.”

On display in the room was a collection of old ceramic crocks that ranged from five- to 50-gallon capacities. Channing, who has many other crocks at his home, explained, “Uncle Dorman and Bessis Moss got me started collecting crocks when she gave me a five-gallon model when I was a boy.”

Walking out into the main show room, J.C. and Channing showed me the process of starting the old “hit and miss” and “throttled” engines. A century old, the engines seem far more simple and less complicated than current engines, but their simplicity and craftsmanship have enabled them to continue running for a century.

Matt added his old engine experience when be recalled, “Papa’s motor pulled a sorghum and grist mill. White corn tastes better than yellow corn, and Silver Queen is the most popular, but a lot of people won’t plant white corn because most people want yellow sweet corn for roasting ears.”

My lesson in starting the engine went from turning the fuel knob on, then walking to the rear to spin one of the two large fly wheels. Choking the engine simply involve placing an open hand over the air intake.

“You’ve got to spin the wheel until it sparks,” were my directions. Spinning the wheel to move the cylinder was a somewhat heavy manual process, and even when experienced J.C. stepped in to help on the other fly wheel, he barked a good size piece of skin from his finger.

The Greenes have engines ranging from just a huge horsepower to a massive engine that require a large trailer to haul it, and which has been featured in a number of parades. Following our tour of the main room, J.C. took me to a large side room with even more interesting artifacts. Several large old tractors, including one steel-wheeled specimen, were prominent in the room.

“Little Joe Drinnon and Bobby Anderson influenced me into getting into old tractors,” he said. “Joe had 150 tractors at one time. I’ve got several old tractors mostly from the ‘30s that include a ’30 and ’38 John Deere’s and a ’38 Fordson.”

A 1926 T-Model automobile setting alongside the tractors caught my eye.

“We found this car when we were in Ohio on a deer-hunting trip. You can see where an old grandpaw painted the fenders with a paint brush. There are three pedals and a brake lever on the floorboard. You push in the clutch to go forward and the throttle is on the steering column, while the gas tank is under the seat. These cars had 20 horsepower and the later ones had 40. You had to hand-crank these cars, but for five dollars more, you could get one with an electric starter. They would up to about 45 mph. and would get about 10 mpg, but gasoline was cheap. The only door was on the right side of the vehicle and the seat crowds two of today’s normal-sized people.”

If anyone ever thinks that they know almost everything, a trip through the Greene museum would challenge that thought. The Greenes are happy to show their collection to church and school groups.