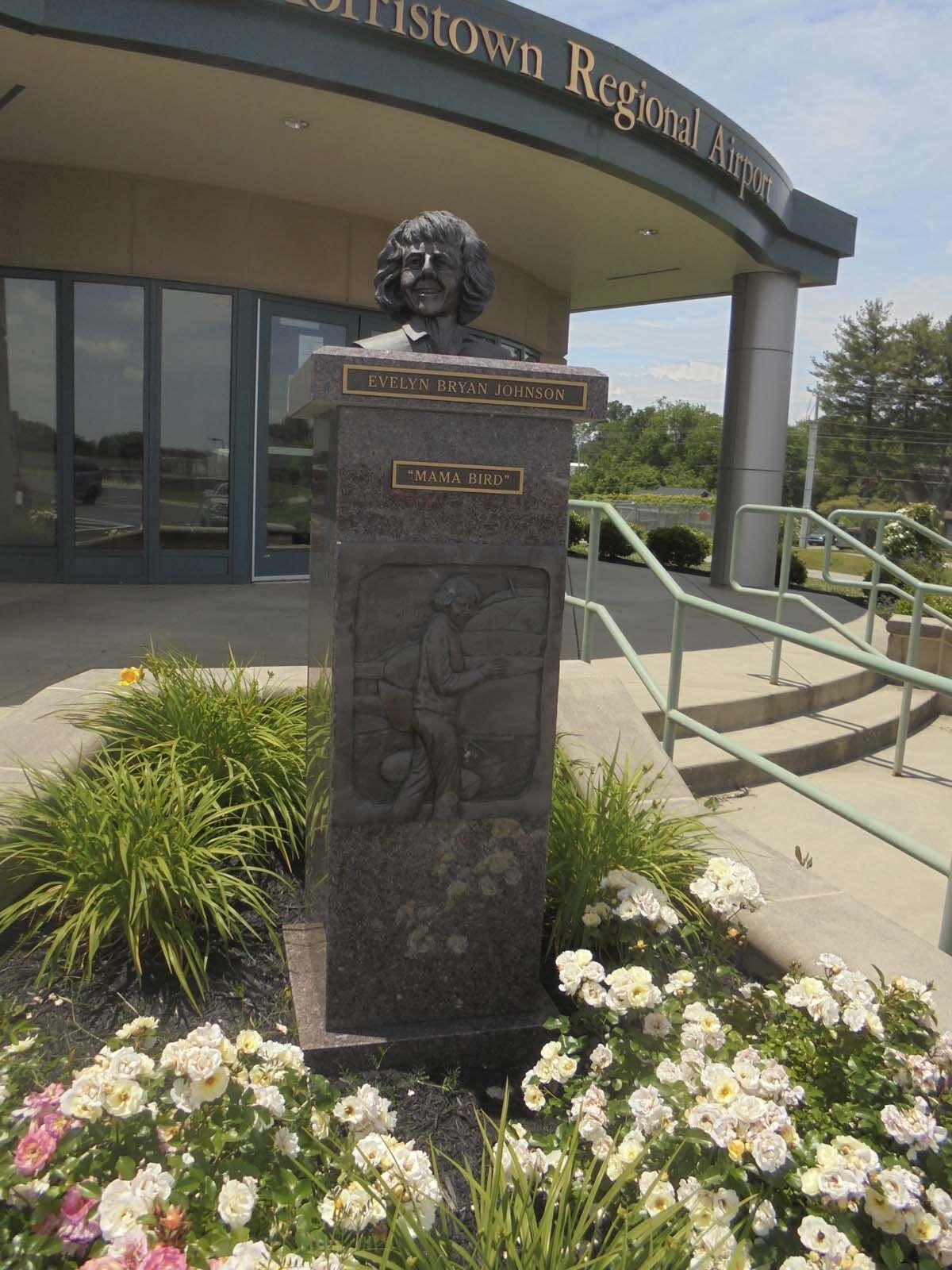 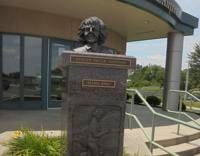 A bust of Aviation Hall of Fame member Evelyn Johnson in front of the main terminal building at the Morristown Regional Airport. 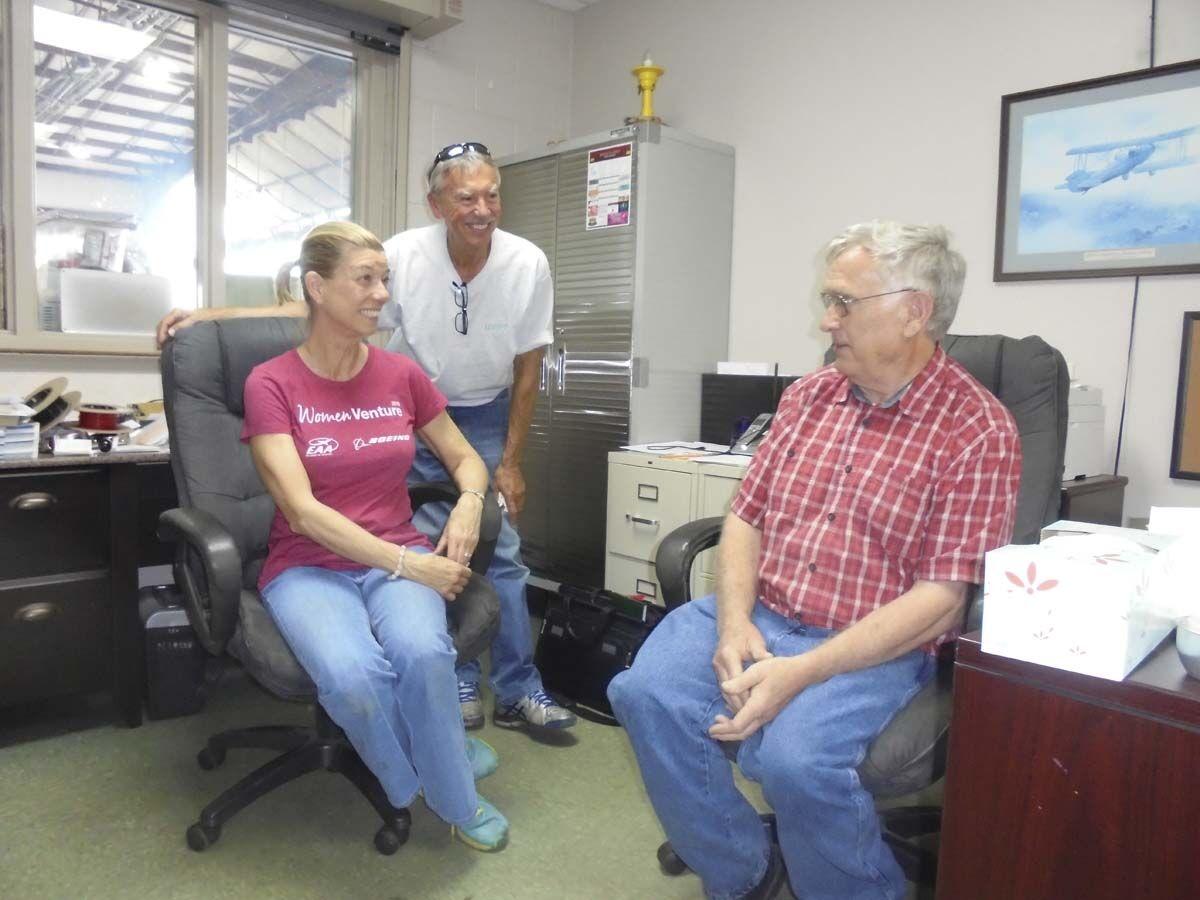 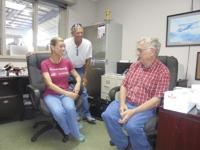 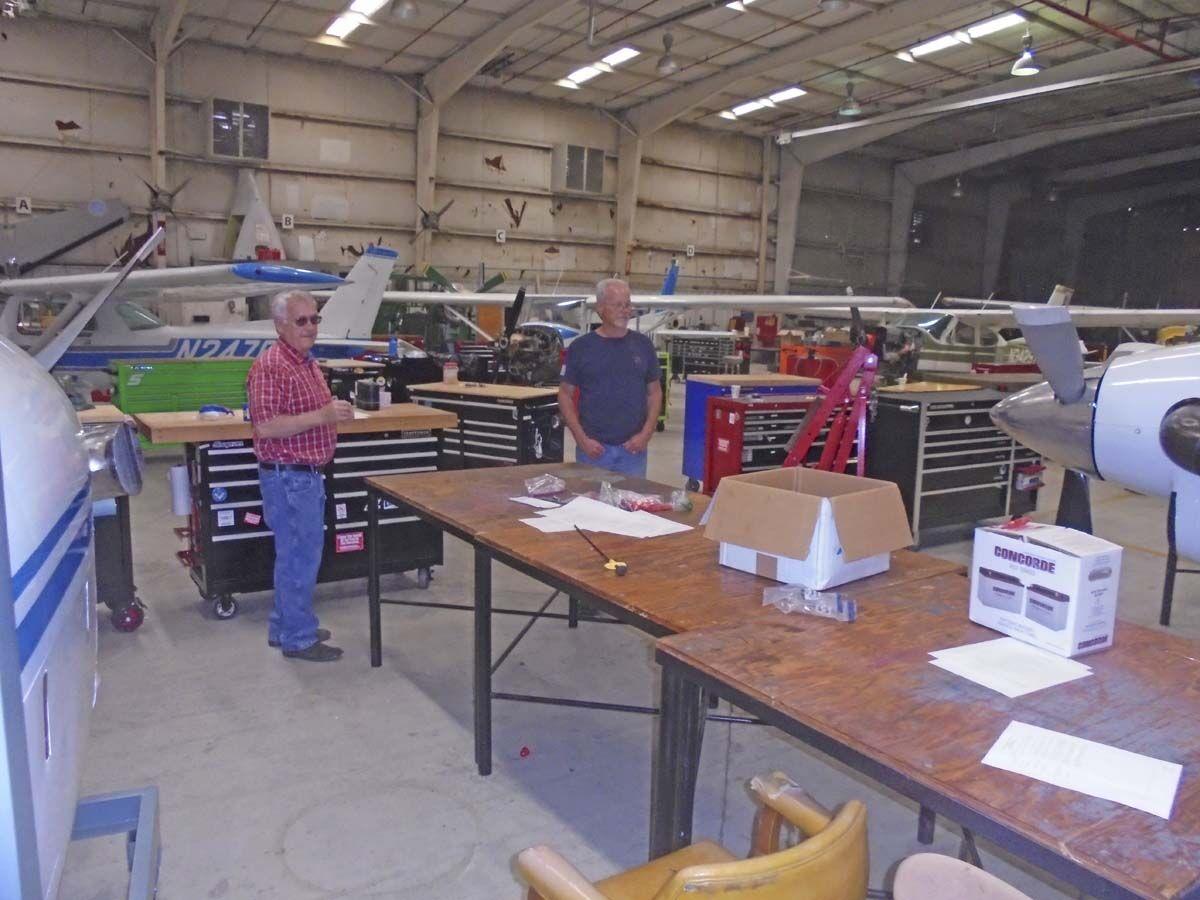 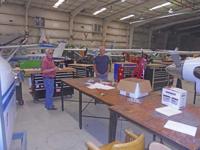 A bust of Aviation Hall of Fame member Evelyn Johnson in front of the main terminal building at the Morristown Regional Airport.

Someone turning 18 years old today is a legal young adult who was not even alive during the 9/11 attacks, while a 50-year-old can barely, or doesn’t, remember American soldiers fighting in the Vietnam War. For a young person 50 years is an unimaginable long time, while for an older person it seems to have passed quickly. Anyone with an interest in history can see a great deal of change can occur in 50 years and that axiom holds very true within the realm of aviation.

The first pilot-controlled flight occured in North Carolina on Dec. 17, 1903 in a low-powered craft that covered 10 feet a second in a 12-second flight. Forty-four years later, Chuck Yeager piloted a craft at over 767 miles per hour – faster than sound travels. Following the end of World War I in 1918, former military pilots bought surplus planes and crossed the country to put on shows as barnstormer and sell memorable airplane rides. The popularity of airplanes quickly rose with more uses being found for the flying machines, which led to mostly grass landing strips soon sprouting up across the country. Some of those strips began evolving into paved strips to court commercial business.

By the mid-1940s, the area around Hamblen County had a half-dozen grass strips, with movement being made to enlarge the airstrip near Russellville into a larger airport to provide more commercial service. That movement never bore fruit and the strip closed by the mid-1950s. In 1951 the City of Morristown stepped in with plans for an airport of their own. Funding for the purchase of land was approved with the site for the new airport being chosen in the Alpha area, then about three miles west of the city.

The new Morristown Regional Airport opened May 23, 1953, with a grass landing strip stretching 3,600 feet, and with the airport office first being in a former home located on the new airport land which served as the airport’s headquarters building. The old Russellville airport’s office, which became known as the “Blinky Moon” hangout, was trucked to the new airport and put to use on the new airport. That little building still sets in a side area of the airport.

In the coming years the field was lengthened to 4,000 feet and later further lengthened to the present 5,700 feet, which for a time supported a commercial passenger service. Today, the airport busily serves the area’s many industries, businesses, commercial charters and individual pilots.

The first manager of the new airport eventually brought the airport attention from across the world and earn Evelyn Johnson the designation as a certified American legend. Born in Corbin, Kentucky in 1909, Evelyn Stone Bryan “Mama Bird” Johnson studied at Tennessee Wesleyan and the University of Tennessee. Working for a while as a teacher, she lived in Jefferson City and learned to fly in 1944 while her husband, W.J. Bryan, was serving with the Army Air Corps during World War II. In 1953 she was named as the Morristown Regional Airport’s first manager. With the passing of W. J., Evelyn later married Morgan Johnson, who passed away in 1977. The landing field became the Murrell-Moore Field in honor of early aviationist, Rev. M.M. Murrell and W.B. Moore, who played a major role in the coming of the airport.

While managing the airport, Evelyn also taught hundreds of new pilots to fly. During her tenure she helped found the local Civil Air Patrol squadron and held the rank of colonel in that service. Among her many honors was one for rescuing a helicopter pilot, as well as being recognized in the Guinness Book of World Records as being the female pilot with the most flying hours in the world. She was inducted into the National Aviation Hall of Fame. Evelyn quit flying at age 96, but continued managing the airport. She passed away at the age of 102 in 2012 and is memorialized at the front of “her” airport by an impressive bronze bust.

A visit to the airport’s handsome terminal building today will find airport personnel that includes Bob Shoun, Charles Greenlee, Louis Siegel and Noah Burke. Ben Williamson is the fixed base operations manager, while Joey Barnard is the airport manager. Another familiar face at the airport, and one who is following in Mama Bird’s shoes, is J.B. Marshall, who has a 53-year relationship with the airport. The fourth of Bert and Alma Brewer Marshall’s five children, J.B. is a local fellow who attended Union Heights Elementary School and graduated from Morristown High School in 1967.

“I had my first flight in a plane here,” J.B. recalled. “In 1967 I came here to learn to fly and started working here for Evelyn and in time earned certifications through Airline Transport. After that I flew charter freight for a few years, the came back here to run charters.”

Unknown to some, the airport consists of three separate entities that includes the main airport terminal building where its functions include fueling and hangar rental. On opposite ends of the terminal building, which is owned by the city, is the Morristown Flying Service, which J.B. bought in 1996. The service sees to the maintenance of planes, provides a charter service, as well as offering flight training for private pilots through flight instructor ratings.

On the other end of the terminal is the handsome TCAT School of Aircraft Maintenance, which is a satellite campus of the Tennessee College of Applied Technology, and is one of the three such schools in the state. The aircraft school is coupled with a hanger for student hands-on learning. J.B. also serves as the senior instructor of the school’s well-recognized training program, where the staff includes his daughter, Janet,, and Steven Roberts. While the modern school building contains classrooms, a hangar to the side holds aircraft engines and airplanes that students take through a very precise and demanding course of study.

“We teach air frame and power plant aircraft mechanics,” J.B. explained. “With our schedule it takes 20 months to complete our course of 108 projects. When a student is finished with our FAA-approved program they are able to work on any airframe, turboprop, turbine and reciprocating engines, and our students are in high demand. Everyone who finished in our last class had job offers in Knoxville that paid excellent salaries but the current virus has temporarily slowed down job prospects.”

Having met Nancy Rhea at Walters State Community College, the couple were married in 1973 and are the parents of three daughters, all of whom have their private licenses. Daughter Karen (Chris) Nelms, who works as the Jefferson County Agricultural Agent, has sons Jack and Andy. Daughter Janet works at the TCAT school as an aviation maintenance instructor alongside her dad, while daughter Jennifer (Jeremy) Linteni, has daughter Sarafina and son Leo and also teaches at TCAT.

With his already long tenure at the airport, I asked J.B. how long he plans to continue working.

“I haven’t made any plans to retire yet,” he replied. “This airport is like a second home to me. In recent years flight training has increased to a new high from a long period of semi-dormancy. This energizes me.”

Back When: ‘Old planes will grow on you’

When Anthony Underwood feels the need for some pleasure, he takes a trip into the sky. That’s when he squeezes himself, and possibly his sweet…