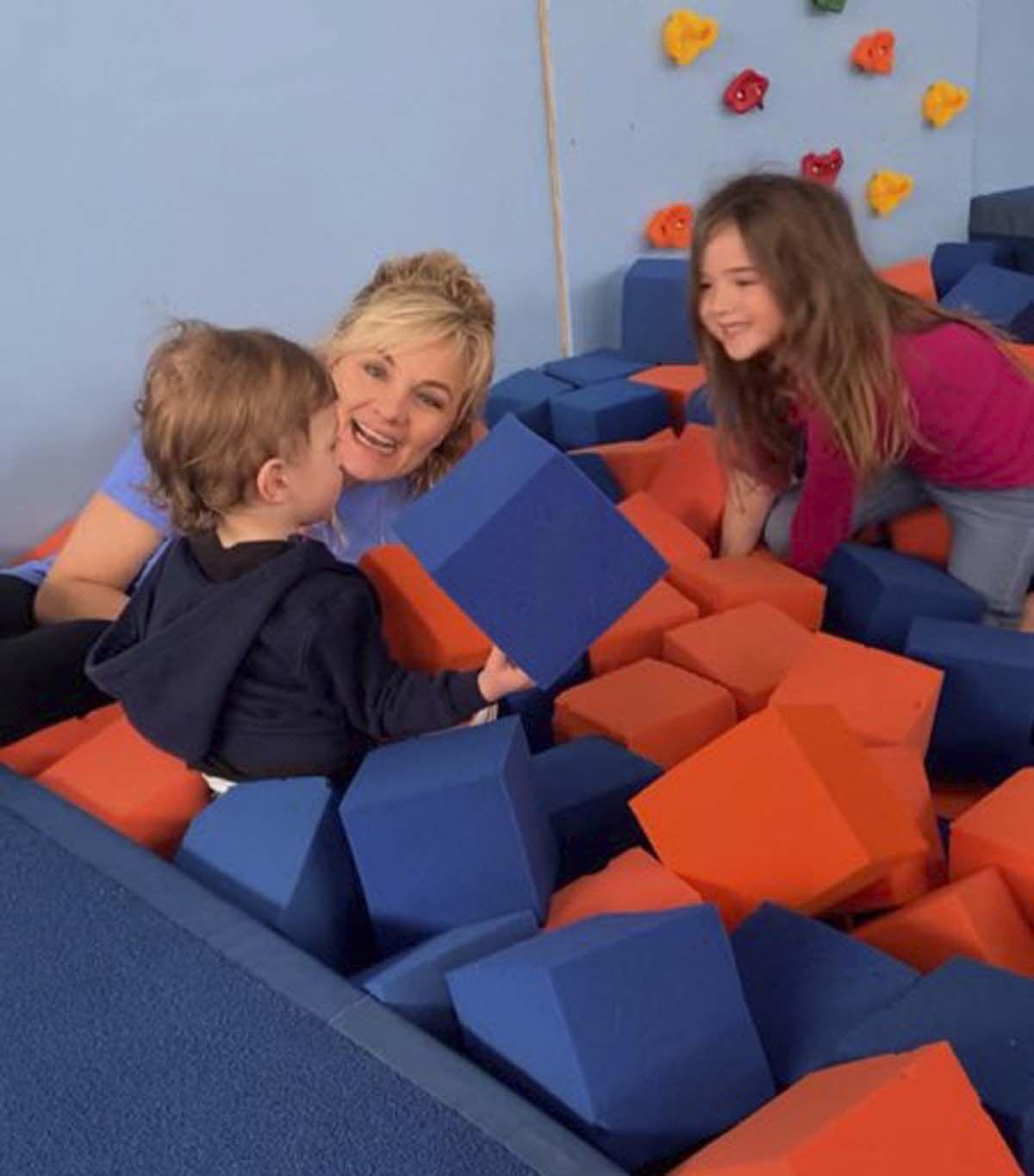 Jana Samsel works with pre-school students in the foam pit. 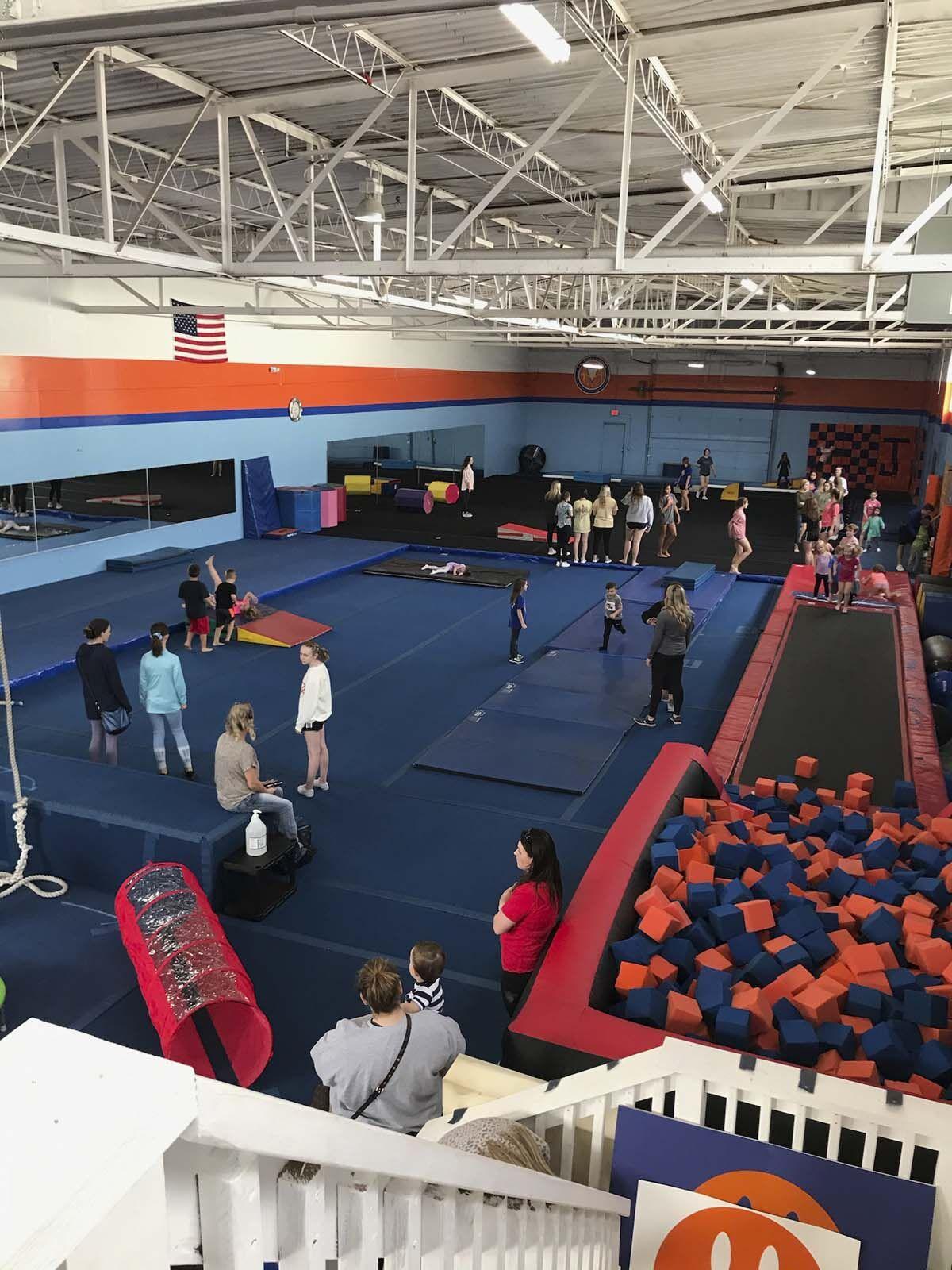 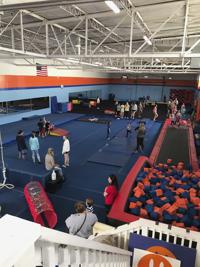 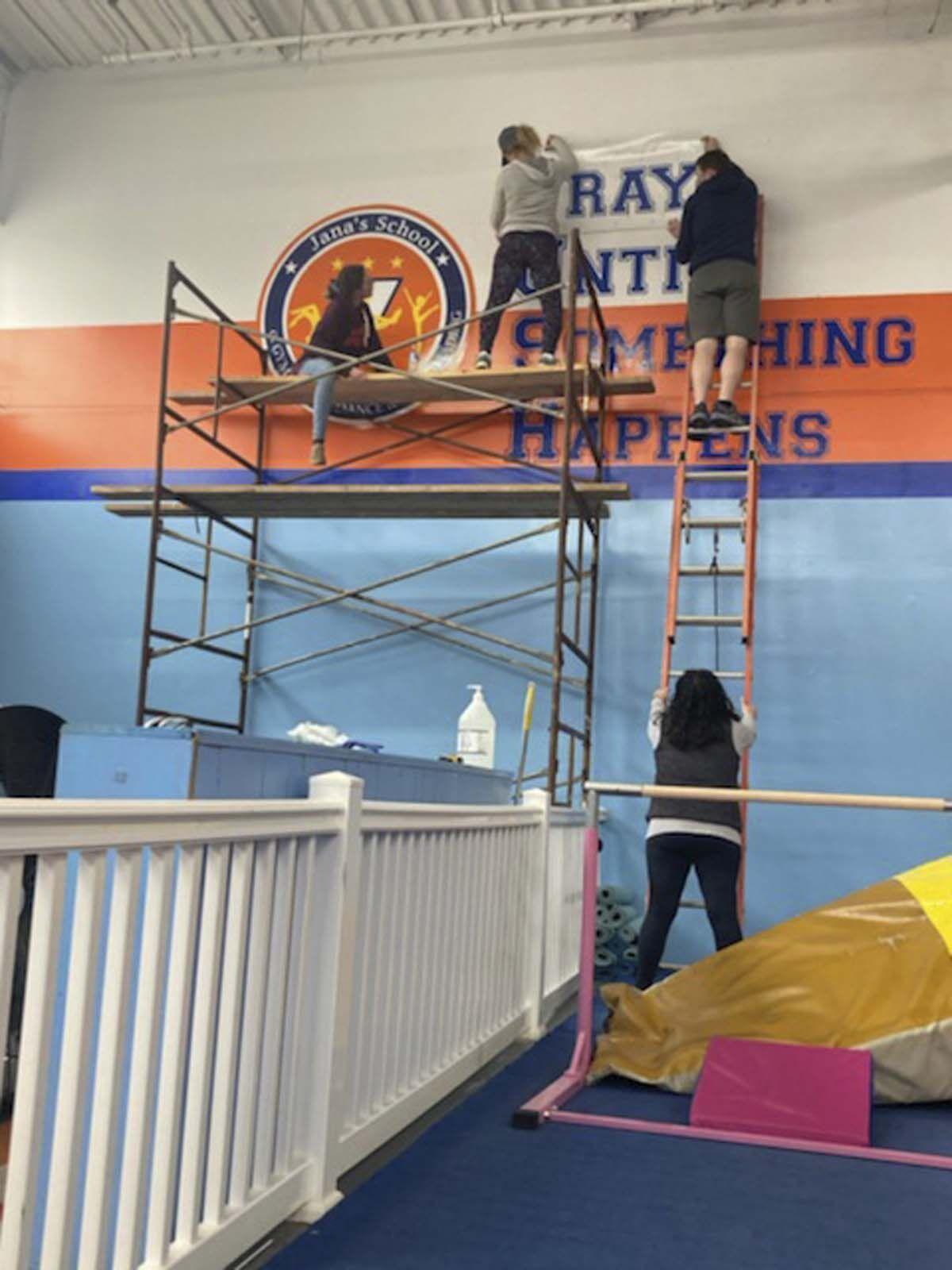 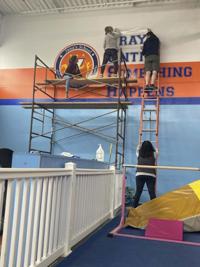 A staple of Jana’s School of Gymnastics facilities, the ‘Pray Until Something Happens’ is being applied to the new facility’s walls.

Jana Samsel works with pre-school students in the foam pit.

A staple of Jana’s School of Gymnastics facilities, the ‘Pray Until Something Happens’ is being applied to the new facility’s walls.

After years serving as the matriarch for Morristown gymnastics training, Jana Samsel found herself at something of a crossroads recently.

She was losing the building she’d subleased for years, the best home Jana’s School of Gymnastics had ever had. Her efforts to find another suitable location were not bearing fruit. Jana, looking for a sign, thought maybe God was telling her it was time to retire.

Then, she got a phone call. The perfect building – her dream building – was available and – with some prep work – ready to be open for business.

And so it is, Samsel opened the School of Gymnastics’ new location, next to Office Depot and behind Verizon Wireless on the East side of town.

“It’s really ended up being a blessing from God,” she said. “It’s the gym I’ve wanted my whole life and never been able to have. It’s three times bigger than the old place; our floor is 12 feet longer. It’s a regulation competition floor.”

There’s room for a pre-school area and to run classes simultaneously.

For the first time in 27 years in the business, Samsel has her dream gym but she almost missed out.

When she called to check on its availability, someone had beaten her to the punch. Her dream gym was about to be used for an industrial purpose.

She was worried she wouldn’t find a suitable replacement.

“You can’t just put a gym anywhere,” she said. “Then, a week later, they called me. It hadn’t worked out with the other people. I jumped on it immediately.”

Samsel has spent her professional life passing on the lessons she learned as a youth. A competition gymnast, she travelled to Knoxville several time a week as a youth to practice. She competed all over, won the state championship.

Then, her goals changed. In high school, she found she could cheer and still use her tumbling experience while having a more well-rounded high school experience.

Her gymnastics coach had hoped she’d go to a school up north, or to Alabama, to compete on the gymnastics team. Instead, she took a scholarship to cheer at the University of Tennessee.

She graduated with a degree in advertising and set about starting her work life. But she quickly began getting calls from local parents hoping she’d show their daughter how to tumble. It started as a side business and then grew into a full-time avocation.

Now, she leads her team of four lead instructors – each of whom have been with Jana from basically the start – and 14 total employees as the preeminent gymnastics program in the area. They consult for local cheer and dance teams and teach students the right way to tumble.

“I’ve worked my way up to my dream gym,” she said. “I started with a few little students at a racquetball court. It is truly what God wanted me to because I still love it.”

The facility is open on the weekends for private lessons, camps and birthday parties.

The first lesson is always free so students can see if they might like it before parents invest.