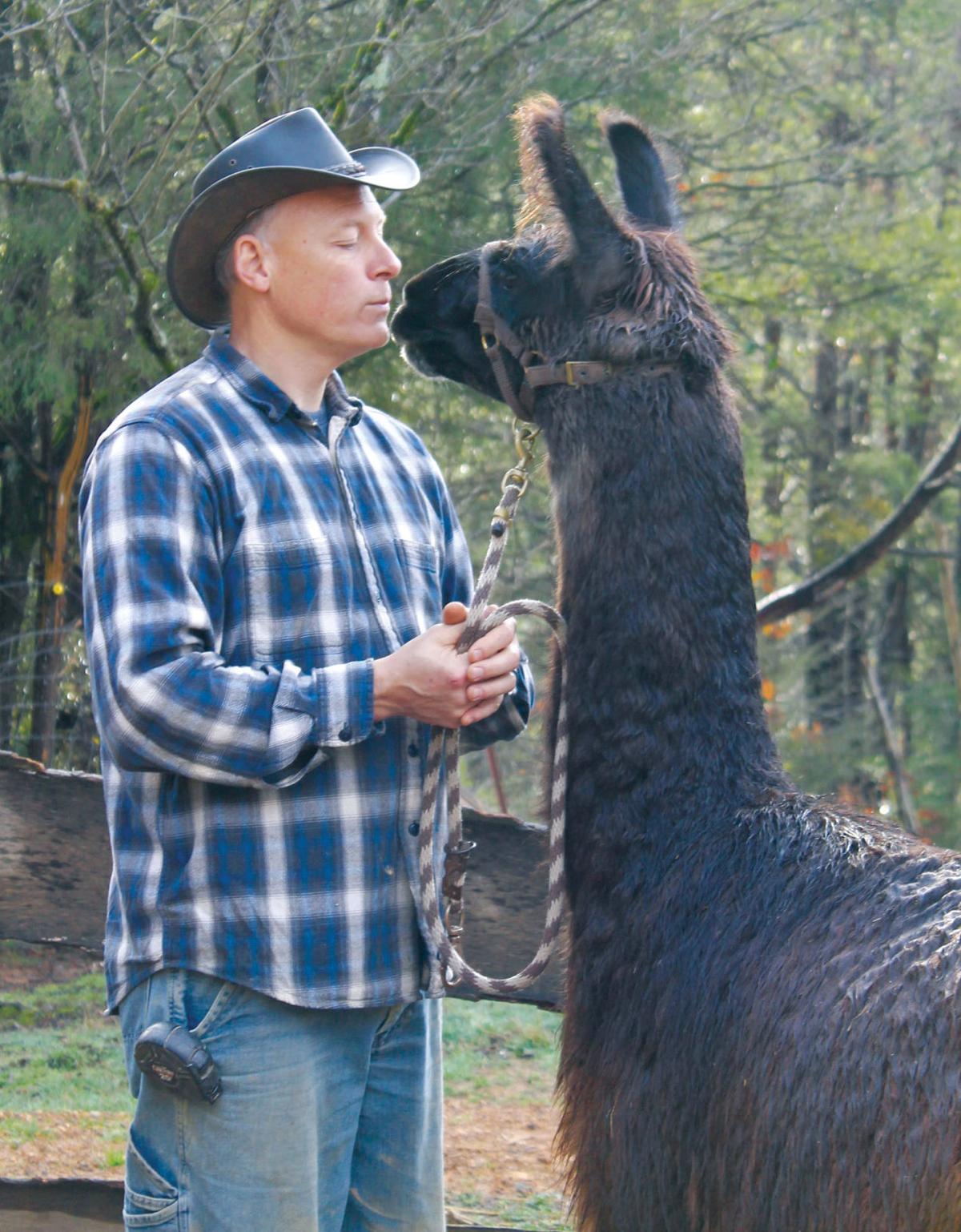 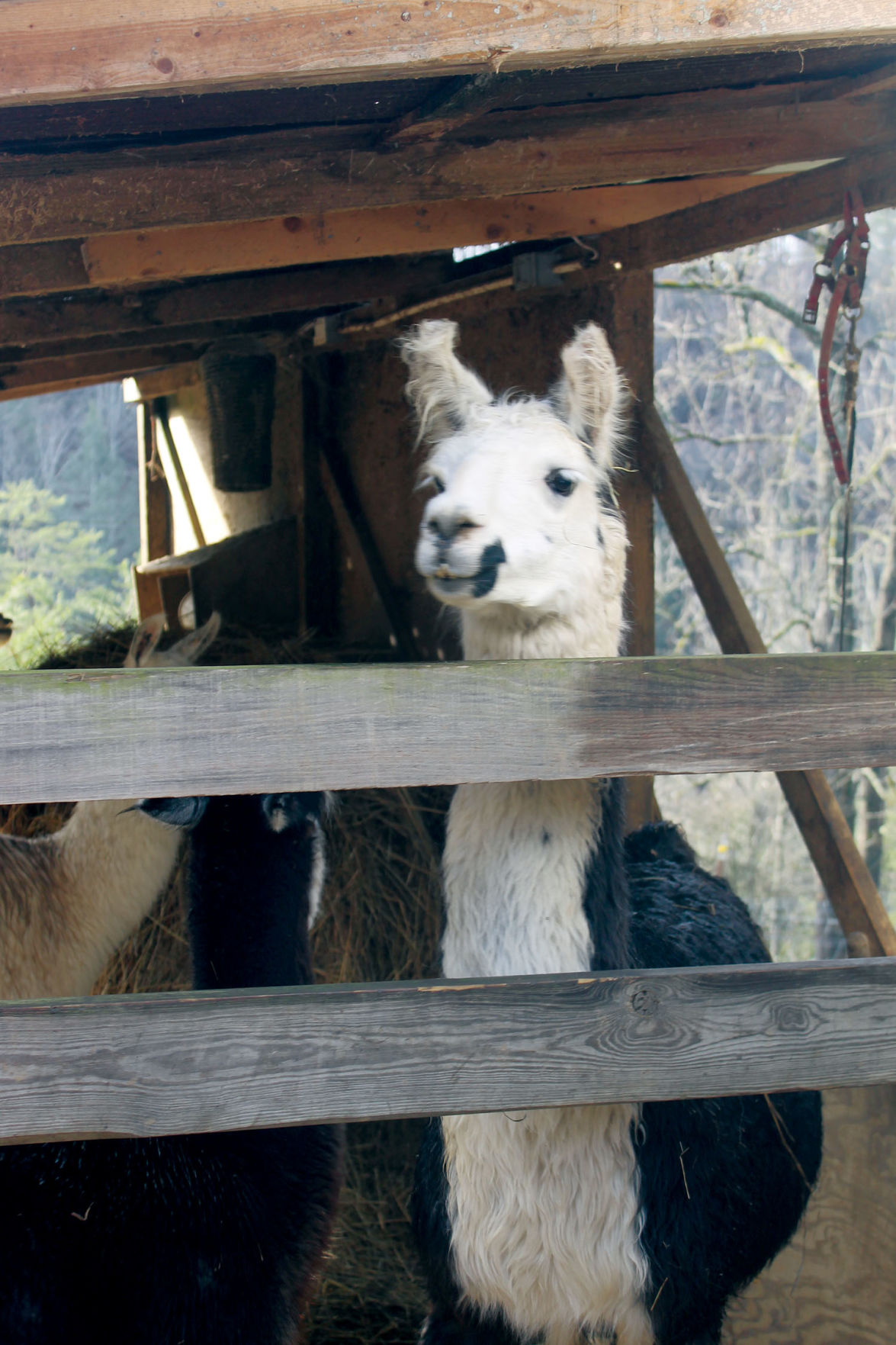 Llama Bob Marley peeks out from his shelter.

Peanut Butter, an alpaca, smiles for the camera. 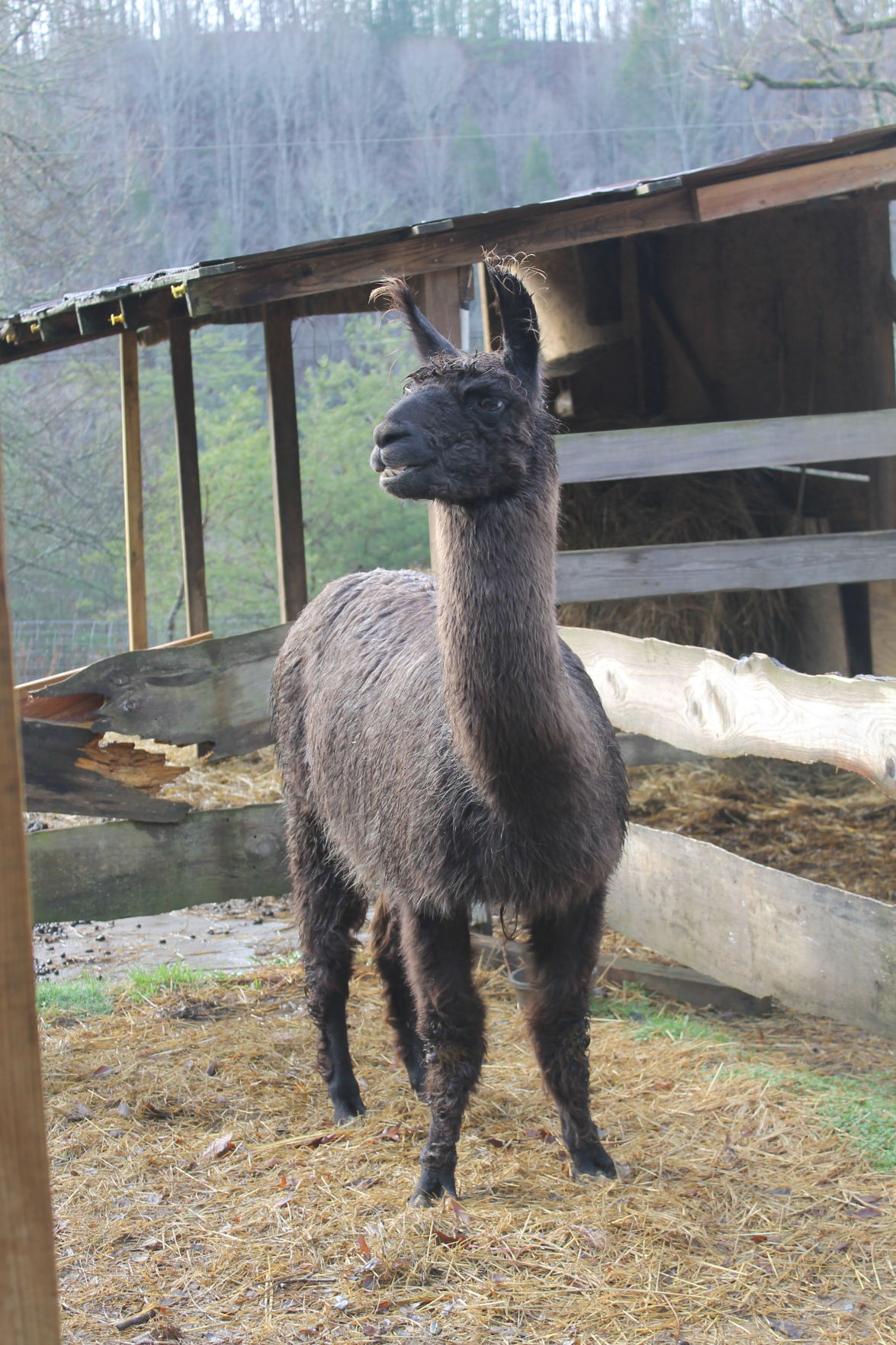 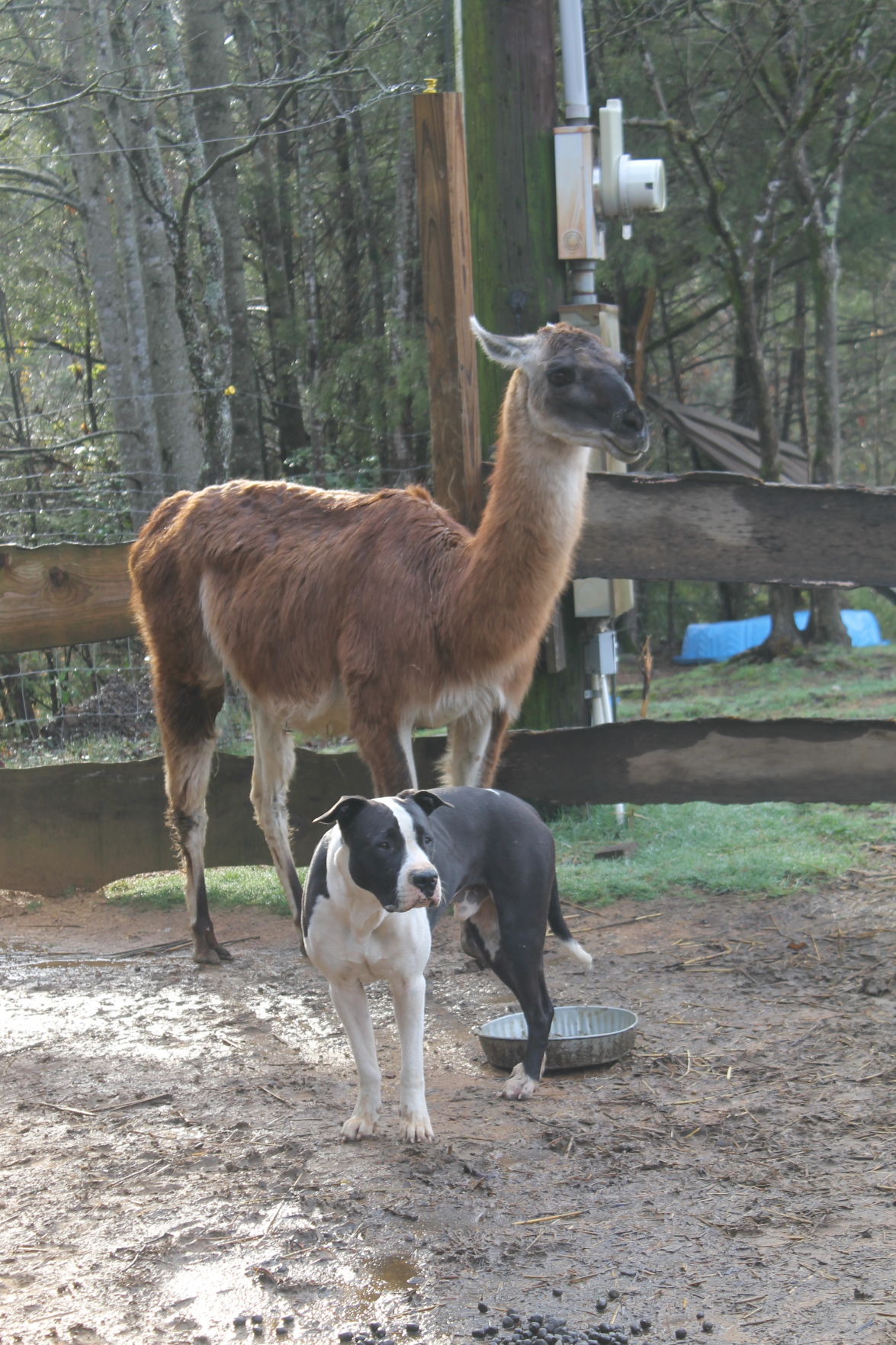 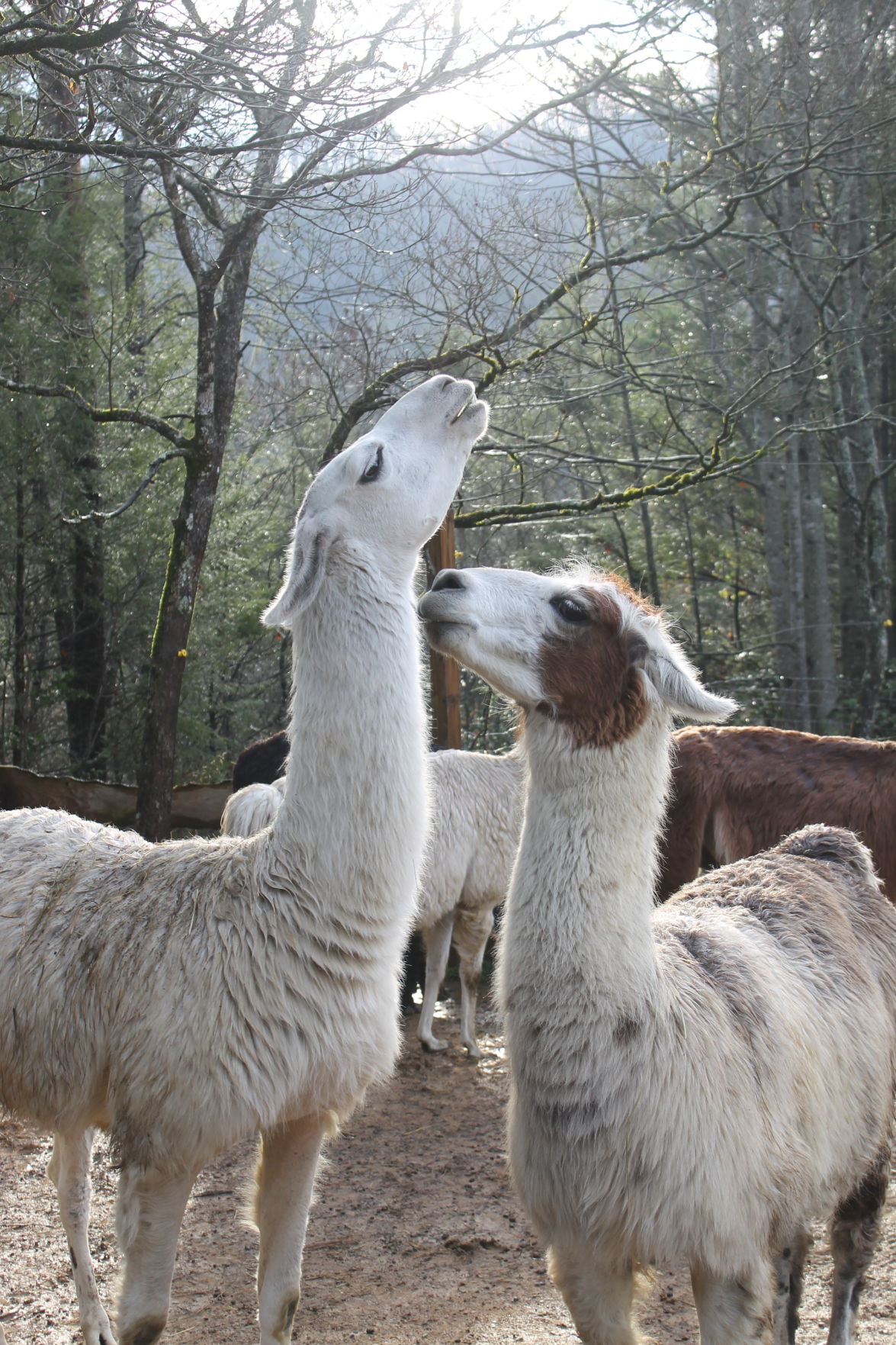 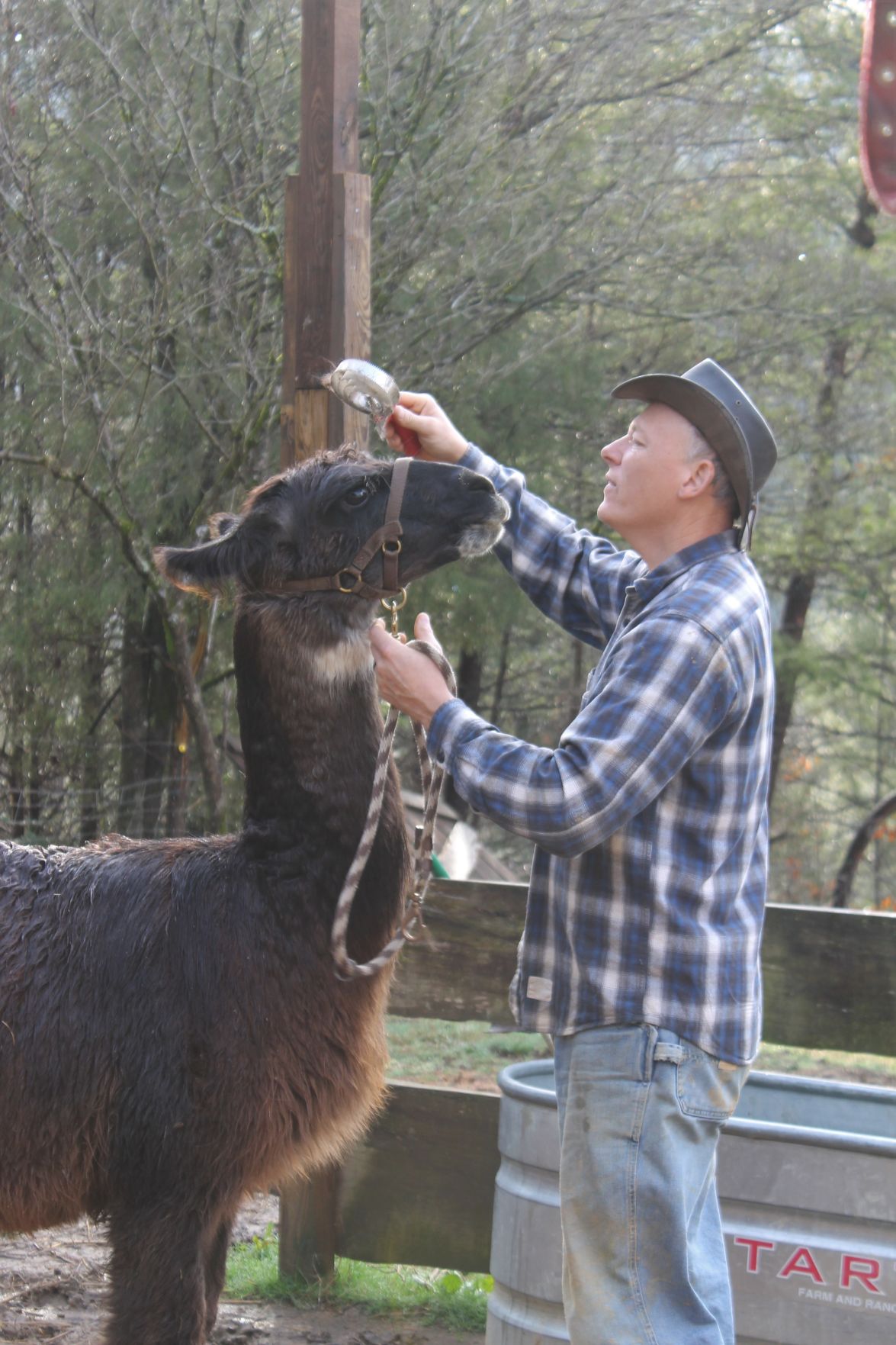 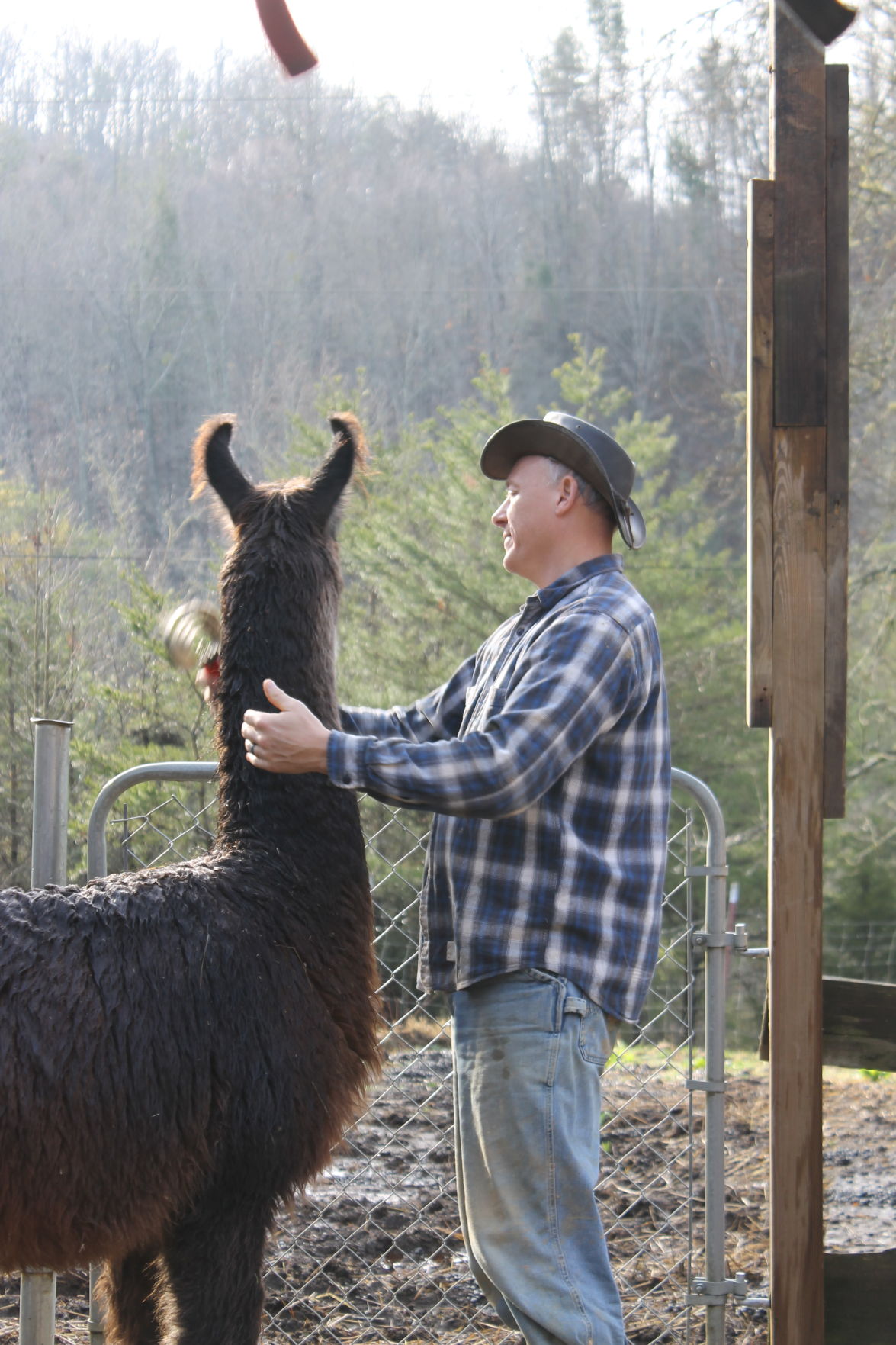 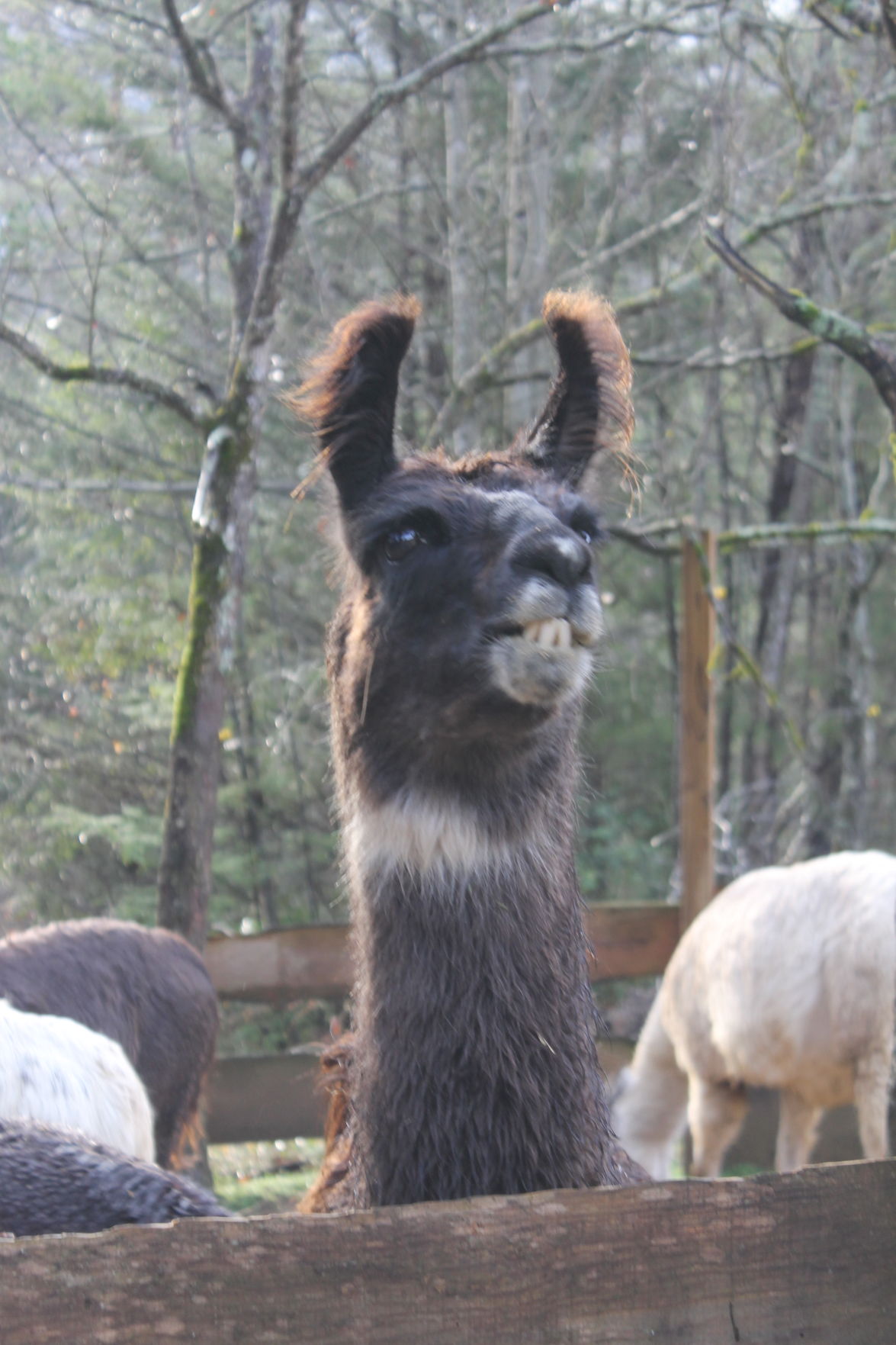 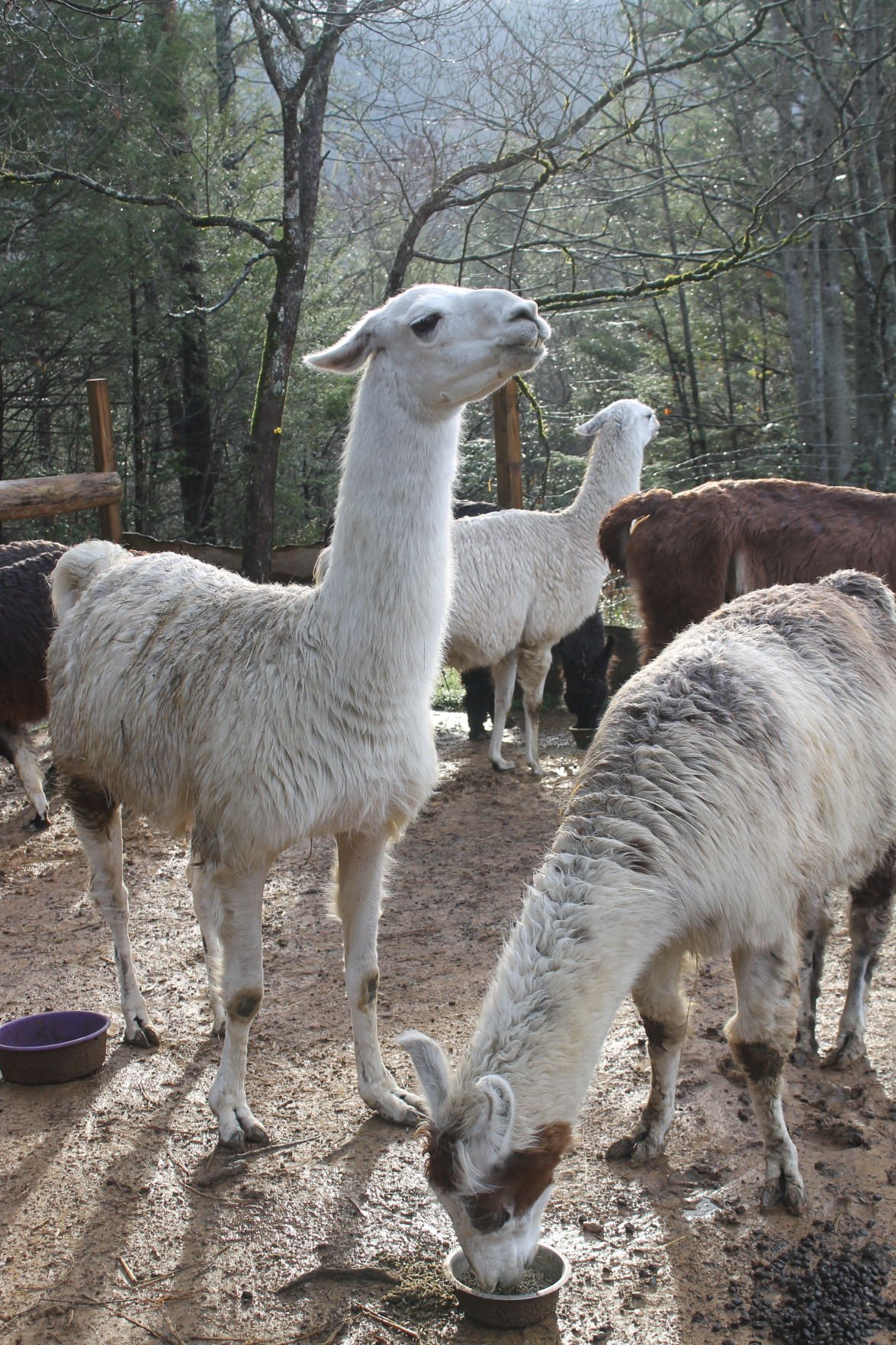 Llama Bob Marley peeks out from his shelter.

Peanut Butter, an alpaca, smiles for the camera.

Steve Garrett has been on a never-ending search for happiness that has lasted a lifetime.

Three careers, two states and a personal wish list led him to East Tennessee, where he and his wife, Johnna, bought a log cabin in Cosby and started Smoky Mountain Llama Treks.

The Garretts own nine llamas and two alpacas - and they take visitors either on tours of the farm, hikes up the mountain path Steve cut himself – or both. Smoky Mountain offers one, or two-hour, treks. During spring and fall, overnight trips are offered for visitors to the area.

“God orchestrates everything. I’m just along for the ride.”

The Garretts’ animals range vary in age. JJ is the oldest llama at 19 years of age, and Blackjack is 18. Izzy is around 18 years old, and Curley is 11. White Lightning is 16, Ocean is 12 and Leonardo Da Vinci is 14. The alpacas are Peanut Butter, a two-year-old, and Jelly, who is four.

Steve Garrett’s favorite llama is a friendly seven-footer named Maximus, a brownish 10-year-old with a little white ring around his neck and a goatee.

On the other hand, there is Bob Marley. Unlike the song his namesake made famous, this llama does not like to be loved, but is a work in progress.

“We’re working on him,” Garrett said. “Hopefully, we’ll have him ready by the spring.”

In addition to the Garretts, the llamas have three friends in Zoey, Rocco and Briggs, a trio of friendly dogs who have become default family members to the llamas and alpacas.

“If they can’t do that, then they aren’t good for what we do.”

The story behind Smoky Mountain Llama Treks begins during a hike a quarter-century ago when Steve Garrett bought a four-foot map of the Appalachian Trail. At the time, he was working in the burgeoning furniture manufacturing industry in his hometown of Grand Rapids, Michigan.

Then the financial crisis hit the country in 2008, and Steve Garrett found it was a good time to realize his first dream: to hike the Appalachian Trail. Garrett hiked 1,500 of the 2,181-mile trek – and during the 79-day journey – he constantly asked himself one question: what do you want to do when you grow up?

He decided he wanted to go into law enforcement, or work in the auto industry. After all, Detroit was close by. However, by the time he returned to Michigan, neither plan was a reality.

“I got home to find out the big three automakers in Detroit were a mess, and it looked like law enforcement was out of the picture as well,” he said.

After a couple of jobs that were less than appealing, including one that paid next to nothing, Garrett looked to strike out on his own. It was at this time Johnna took a mission trip to Guatemala in which she went out of her comfort zone, giving Steve Garrett the inspiration he needed to follow his dream of starting his own business.

Once again, the question surfaced. What do you want to be when you grow up? The answer finally hit him. Hiking was his favorite pastime, so a hiking company was the first choice.

Garrett surfed the Internet looking for a hiking company, and found Smoky Mountain Llama Treks in Cosby. Despite the fact he had never owned a business, lived on a farm nor seen a llama up close, the idea of owning a llama tour business was appealing – and he always wanted to move to Tennessee.

“I know what llamas are, but I don’t what they do.”

After talking to his wife, the Garretts traveled to Tennessee to look at the property – and was immediately impressed by it. Two weeks later, they purchased the business and the home.

Upon picking up the llamas and alpacas from Mount LeConte, Steve Garrett immediately began clearing out trees for a mountain hiking trail when a chance encounter changed the entire direction of both his hiking trail and his life.

“When I went to pick up feed for the llamas, I met a guy who lived close by to sell me some. After I bought some feed, I didn’t call him back for a few weeks because I was busy clearing out trees for the trail,” Garrett said. “He ended up coming out to the property, and said he’d help me out. Turned out he was a law enforcement officer in Cocke County, and I ended up become a law enforcement officer in Cocke County for a short time.”

In the end, it took two-and-a half months working six days a week to complete the hiking trail, and five months to open the business from the moment Garrett turned on his computer.

At Smoky Mountain Llama Hikes, Garrett likes to amuse the hikers with stories about the people he’s met along the way. While he’s crossed paths with Chuck Norris and a few Navy Seals along the way, Garrett said it’s about the animals.

Own a successful business? Check.

Smoky Mountain Llama Hikes is the culmination of a lifelong pursuit of happiness, and Garrett said anyone can experience similar success in life if they push themselves hard enough.

“I’m not Superman. If you want to do something, do it,” he said. “The main reason you can’t do it is fear.

“So many people walk through life disappointed and frustrated about they wanted in life when they don’t have to be.”