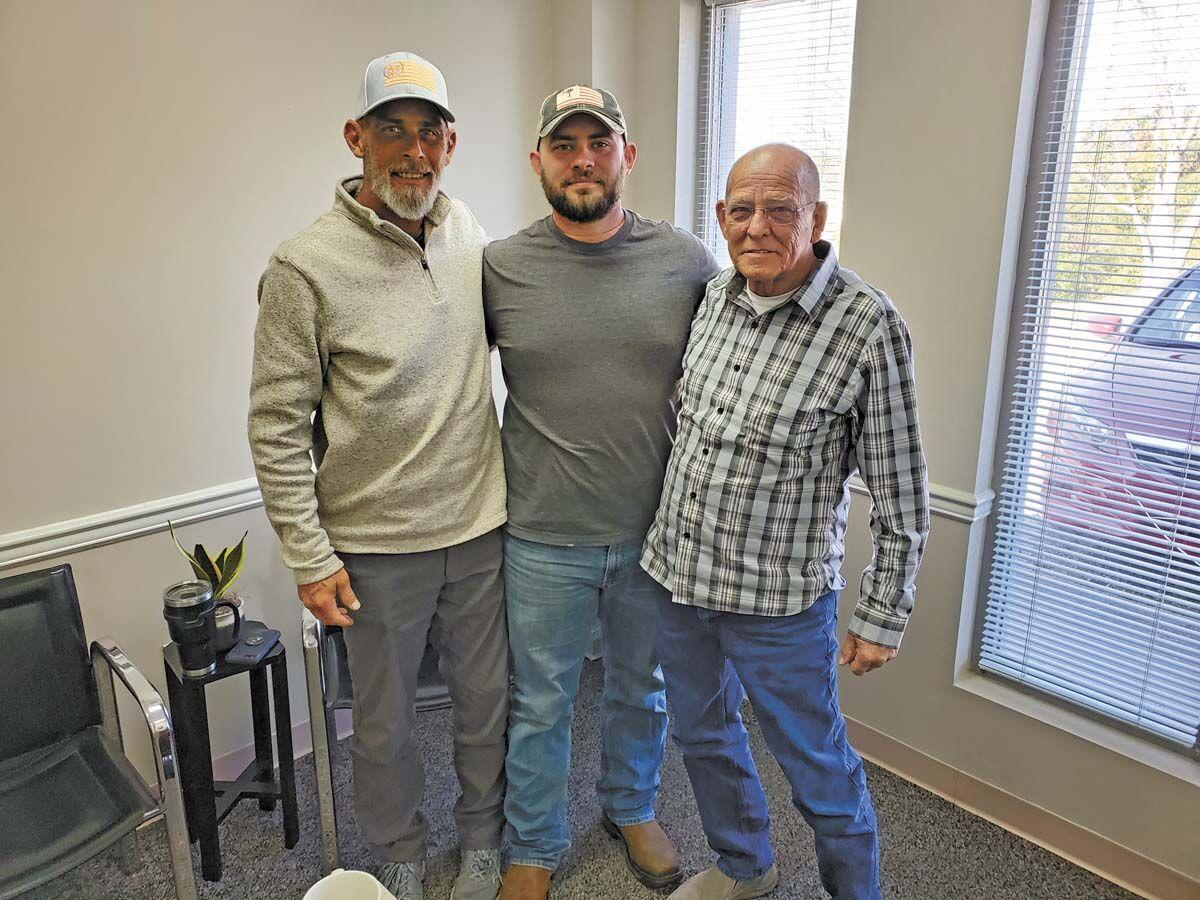 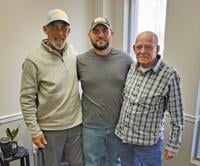 From left, Chris, Christian and Mike, three generations of Brewers who make their living in home care work even during the time of COVID-19. 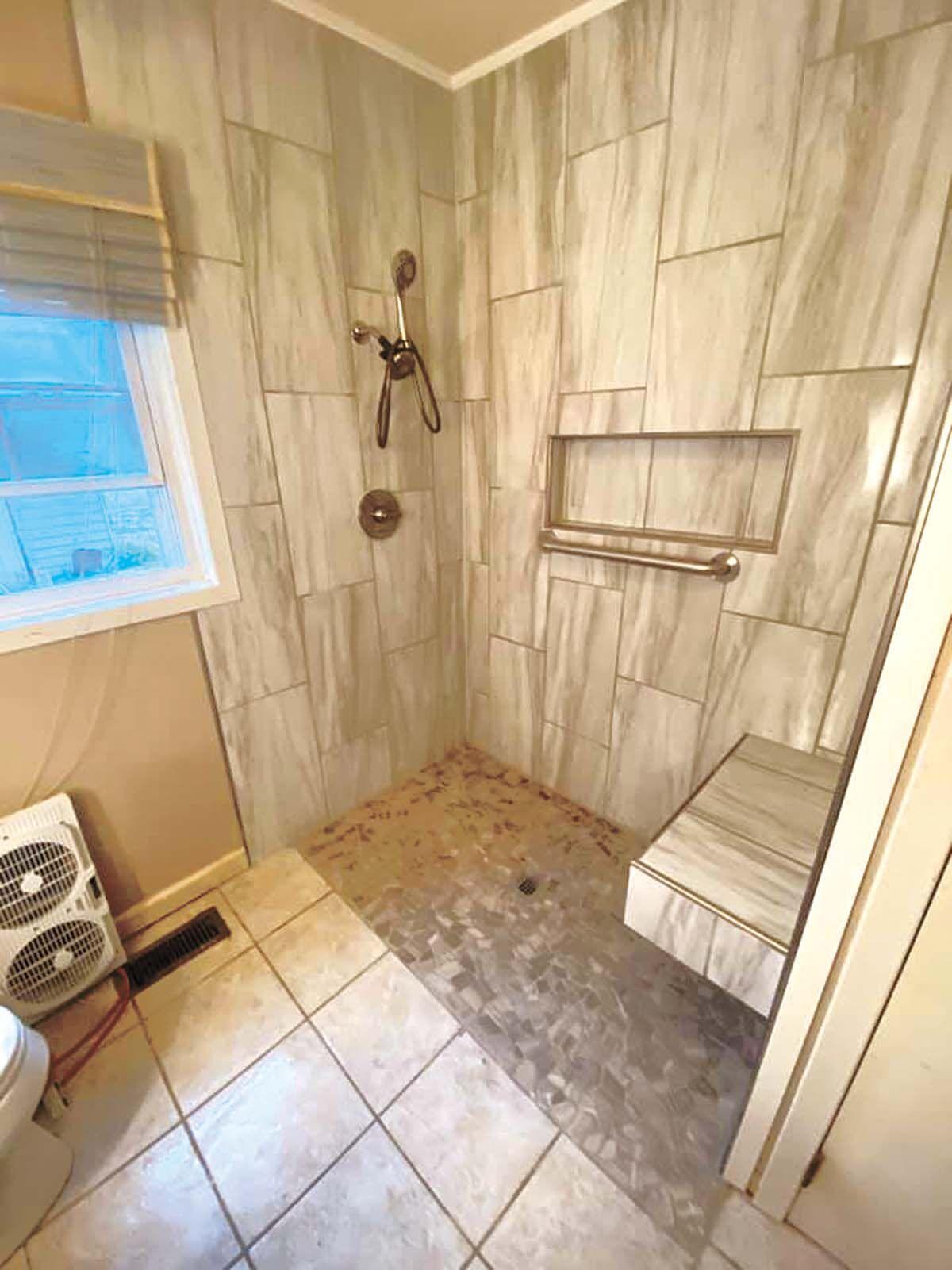 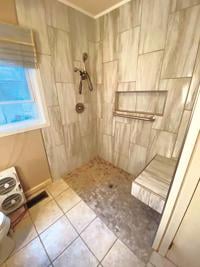 From left, Chris, Christian and Mike, three generations of Brewers who make their living in home care work even during the time of COVID-19.

If you have almost any kind of home repair, find a member of the Brewer family of Morristown.

It all started with Mike Brewer, 67, who has worked in the heating and air business since 1973 with Mitchell-Hodge Electric and has run his own business, York of Morristown, for five and a half years. Then, son Chris expanded into the concrete business, followed by grandson Christian into household remodeling.

Given their breadth of experience, one could call all three, at one time or another, to get repairs done on their house.

“I’ve worked for other companies since 1973, but I’ve had my own business for five and a half years,” Mike said. “Chris worked for in the 90s, then branched out to learn the concrete business. My grandson worked for me two or three years back, then he evidently didn’t like it here, so he decided to go on into construction.”

Since COVID-19 happened this year, Brewer has been busier than ever.

“People have found that they’re stuck inside,” he said. “They want heat and they want air. Instead of going on vacation, people are spending their money for home improvement. That means a lot. I’ve been extremely busy this summer. If you don’t need heat or air, the phone doesn’t ring.”

“I’m trying to get that business lull out of there,” he said

Brewer said that he has a couple of guys who helps install new units.

“I’ve got three people who helps install,” he said. “

In addition to working with Mitchell-Hodge Electric, Mike worked for Hodge Electric and was a plant maintenance worker at Lear Corporation for more than 22 years before retiring and opening York of Morristown.

“I’m skilled in heating and air, a skilled electrician and gas piping. I have a lot of things that I can do and don’t advertise unless they’re called for. The service aspect is completely different than the installing of the unit. I can make and install the ductwork. I don’t ask someone to do something I wouldn’t do,” Mike said. “If I ask them to do it, I’ve done it.”

Mike learned at the feet of Luke Mitchell.

“Luke was a good man to work for and he’d give you the shirt off his back. He’d give you a job to do. (For example) if you had a two-ton unit, you had two days and that’s all you had.

“If you weren’t done in two days, he’d want to know why. It didn’t matter if it was an attic, crawl space or what. Back then, everything was all metal. There was no flex. All of your off lines were metal and you had to tile that in under the house, but you just had two days. There were just two of us who done it and we have it done. Now, with flex, it takes these guys three or four days,” he said. “I don’t know why, it should be quicker, but people don’t push like they used to. I don’t push people.

“I believe you get a better job when you don’t push people,” Mike said. “You want it done right and that’s the main key to me. That has gotten me more work. Treating the customer right, treating them and their homes with respect instead of just going in and cutting up. You look for ways to do it as easy as possible doing the least amount of damage. I think that attitude will bring you more work and it always has.”

With a heat pump, there is a misconception that it costs more to heat than to cool.

“I stress cleaning a unit and keeping the filter changed,” Mike said. “Cleaning is so very important to the life of the unit. A good way to keep the unit clean is to change the air filter when one gets their electric bill. Some people get their bills in the middle of the month, but it doesn’t matter as long as the filter is changed or checked monthly.”

With the modern energy efficient thermostats, temperature control has become a science.

Once a year service also extends the life of a heat pump.

“I have some customers who do it in the spring, some in the fall,” Mike said. “It really needs to be done in the spring when the air conditioning season starts. The chemicals you use on your coils needs to wash off. You don’t want to blow water into your ducts.”

York of Morristown is a member of the Better Business Bureau, York Heat Pumps are some of the best on the market, with a 10-year parts and labor warranty. York also has the Good Housekeeping Seal.

“I don’t have to do the hard sell, I’m already within 60 percent since I was referred by a friend,” Mike said. “Anytime during the day and night when a unit is down, I make a call. You can’t leave somebody down. If you’ve sold a unit and they depend on you, you just cannot leave them down. I don’t believe in that. I come when they ask me to come.”

Mike tries to put those buying units from him at the top of the list, as far as service goes, even working in customers who he services their equipment and is down.

“If you’re down, I’m going to do my best to get to you that day,” he said. “I also put priorities on age, if one is older or if they have younger children, than I try to take care of them that day.”

“I learned the business and worked in Blount County for a little while, but it wasn’t for me.”

Chris got into the concrete business in 1998 and hasn’t slowed down since.

“I met a man in Maryville who was needing help,” Chris said. “He told me that day, ‘I’m going to give you five years to get out of this, I’m going to whup your butt if you’re not out of this in five years.’ Here it is 20 years later and I’m still doing it.”

Chris credits Walt Brown for helping him to learn the ins and outs of concrete.

“He did any big commercial from the Tri-Cities to Atlanta, all the way to Charlotte, North Carolina and Nashville, we did everything downtown, the convention center, Smokies Stadium, Gatlinburg Convention Center. We’ve done a lot of huge projects through the years. I’ve put down a couple of hundred thousand yards of concrete over these years.”

Chris does 90% of his work himself, from excavation, prep and form and finishing. He only brings in help when he has to put concrete on the ground. He has been working on his own for four years and has not had anyone to help him.

“It’s getting to the point where I’m going to have to get the help,” Chris said. “You have to have work coming in behind you so you can pay these guys. Once you take someone, not only are they helping you out, they’re family. Not only are you paying them, you are taking care of their bills, their food and their babies’ formula and diapers. If you don’t have work coming in and keep them on the payroll, what are they going to do? Who’s to say what this next year’s going to hold? It could blow up for me and I’d have to hire 10 men.”

Chris said that it take a special breed to work concrete.

“Anymore, you can’t find anyone who wants to work,” Chris said. “Especially, a small business like myself. That’s another reason why I don’t overbook, I don’t know if I can find anybody to help. Then you get these guys who don’t know what they’re doing, demanding $13-$14 per hour.

“If I had the right type of finishers, I’m like dad in that I’m not going to ask someone to do something I wouldn’t do, while I still can. I need somebody who I can point to a job and tell them to get it started, so I can go sell jobs or get with a new employee who is green like I was. I had to learn on my own, sit back and watch these guys with 15-30 years experience. Walt would pull me to the side every now and then and ask ‘Hey, do you understand what is going on?’ and explain the process.”

Chris said it took years of putting concrete on the ground and researching the product to get where he is today.

“When you finish concrete, 90 percent come into a place and finish,” he said. “You get it ready, you buy the materials. I’m a turnkey, from prepping to site prep, excavation to cleanup of the site, I do it all. When I sell a job, I try to leave my job site the way it was, if not better. That’s kind of hard to do when you’re in construction, especially a dirty job like this.

“If you can appease the customers from the get-go, that extra step will take you a long way,” Chris said.

Unlike Chris, Christian deals with interior improvements, in particular kitchen and bathroom remodels.

“I’ve been on my own for two years,” Christian said. “The first time I did it was with Dad (Chris).”

Christian got into home remodeling by accident.

“I was suspended from high school,” he said. “He took me to work and I realized that I didn’t want to do concrete!”

Christian joined the military after high school and learned his work ethic from the military.

“It seems hereditary, which is a good thing, but the military got me straightened out,” Christian said. “When I got back, I worked for my grandfather in 2017. It’s not that I didn’t enjoy it, I wanted to do something that no one else was doing. I got into construction working for a Morristown company.”

Christian started working on a subdivision in Jefferson City.

“We did a little bit of everything, we laid tile, sheetrock, framing, some roofing,” he said. “That’s when I realized that there are no tile guys, anywhere. They had only one and he never showed up. The guy who taught me to do tile worked for the same company. Every once in a while, they’d have to do the tile. I got tired of working for them and not getting paid what you’re worth. I decided to go out on my own and got into tile work.”

Christian has done a lot of interior remodeling, including roll-in showers for veterans.

“That’s where I really got into it and word got out,” he said.

Christian critiques every job to see where he can improve.

“I do mostly tile work, but I do just about anything, as long as it doesn’t involve concrete,” he said. “Then I’ll tell them to call Chris.”

All three help each other with business contacts because, after all, they are family.

Mike and Linda will celebrate their 50th wedding anniversary in May.

“She hadn’t killed me yet, but she’s threatened several times,” Mike said.