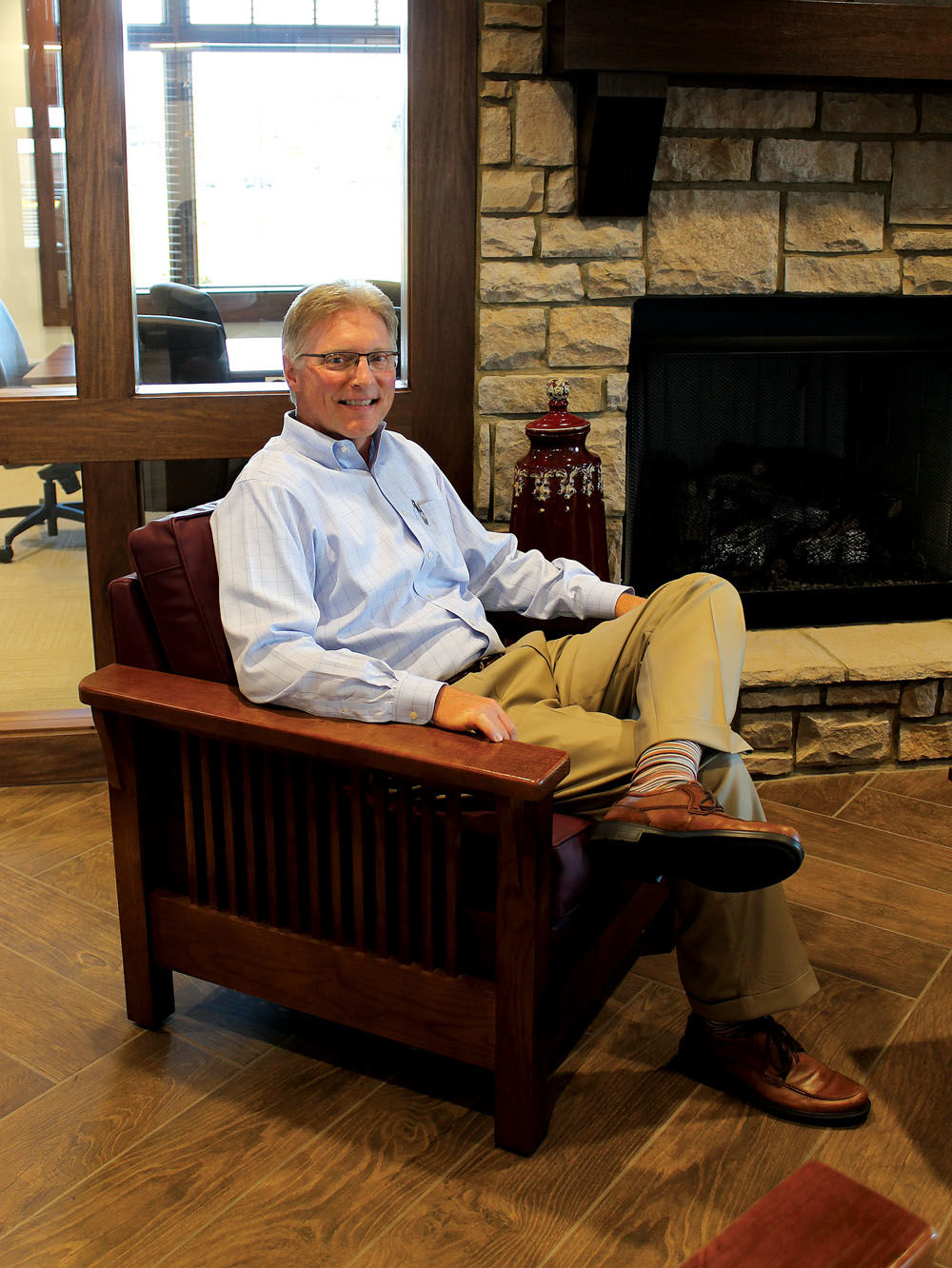 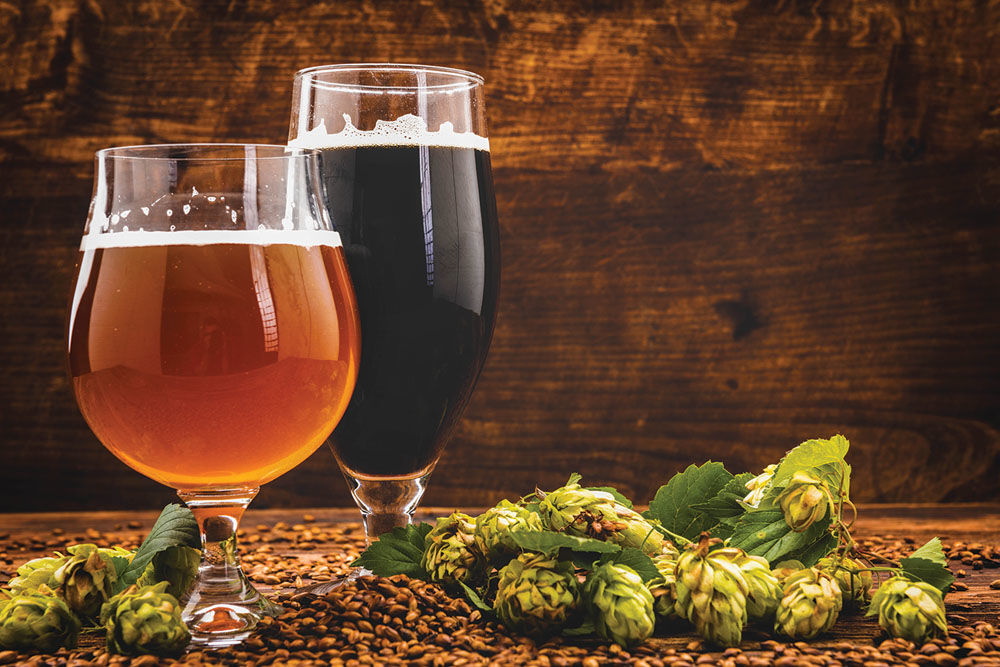 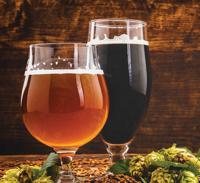 People started tossing back (and forth) an idea in early 2018 that has progressed into the city’s inaugural Craft Beer Festival set for late September, albeit with a bit of hesitation — historically, the Morristown Area Chamber of Commerce has not gone about throwing festivals.

But when those people, all of whom are invested community stakeholders or active in the Chamber, began earnest conversations about the nature of changes that increased levels of manufacturing are wreaking on what is a small city (until 18,000 or so non-resident workers take to Andrew Johnson Highway at noon), the die was cast, so to speak.

The Make Morristown Home committee was formed, per the recommendation of Chamber president/CEO Marshall Ramsey, and the Chamber Chairman at the time, Chris Horn, was delegated to lead to the team.

He may have been duly elected by his peers or sent a perfunctory email, but the end result is that Horn, an easy-going, conservative banker, is now throwing what is predicted to be one heck of a day party.

The back story to the family-friendly event, to be held noon to 8 p.m. Sept. 28 at the Morristown Farmers Market and the city’s adjacent greenspace, is a tale centered on the theme of ‘why not?’

“To be honest, it seems like it was a long time ago, now,” Horn said.

Luckily for WINK readers, his recall is razor sharp.

“We got together and formed a diverse group of Chamber folks,” Horn said. “Some people were board members, and we wanted some folks from real estate, from various industrial sectors, from finance. We just started talking about the issues: the job opportunities were abundant; local government, education, including TCAT and WSCC, were good, restaurant and retail sectors were growing, and there had been a significant boom over the past few years.

“We talked about the need for housing and formed a sub-committee with Realtors. We knew the housing demand was exceeding the housing supply in our area. We tried to encourage some things, but just from an informational standpoint. The city’s been a very good partner to the Chamber and very helpful in trying to encourage (residential) development where they could, while adhering to building codes and good growth practices.

The term ‘beer festival’ was just a concept at first.

“It was a common theme we were hearing, particularly from the industrial sector – and particularly in the 20s and 30s age group. They were saying, ‘You know, there’s no craft beer outlet in Morristown. There are some good watering holes, if you will, but no tap room or micro-brewery or the like.’”

The fact that beer festivals were becoming the norm in the region was not lost on the group — and while Ramsey was visiting Asheville, he snapped a smartphone picture of a poster promoting that city’s September 2018 event.

“Beer festivals are going on all around us and craft beer is very popular, not just with the 20s and 30s groups, but it’s across the board,” Horn said.

Contacts were made, beginning with the organizers of the Asheville festival and continuing with a group out of Boston; the conversations pointed the committee in the right direction, according to Horn.

That direction led to Marty Pippen, owner of Gather up Events and Digital Cusp, an online marketing company. He has organized a number of regional gatherings, including the annual BaCON Festival in Cleveland and the recent Smoky Mountain Bigfoot Conference in Gatlinburg.

“Marty is the perfect fit for us,” Horn said. “He’s very high energy and he loves craft beer.”

The Morristown festival has met its initial goal of being a cash-neutral event.

“Mary helped us set up the structure with financial partners, akin to sponsorships. Those partnerships would carry a big part of the festival financially and then product sales and accompanying items would round it out,” Horn said. “We had a target set and, as the website was built and we started talking to people, we got the wind behind us in a big way. People started approaching us. We’ve all but sold out sponsorships on the large end. There are still community partnerships available. We hit the target early and that took off the financial stress. So we were real pleased.”

The second goal was to, as Horn puts it, “have someone else run the gosh-darn thing.”

Pippin has stepped into the role with efficiency; the eight-hour festival will include inflatables and activities for children, live bands on a stage set up at the northeast corner of the greenspace, brief educational seminars from the stage and at a minimum, 20 craft beers available for purchase at the farmers market pavilion. Vendors and sponsor tents will be set up around the perimeter of the greenspace. Parking will be available at the downtown city parking lots and at the HealthStar Physicians complex. There will be no admission fee.

“Those who attend can purchase the products they wish to consume,” Horn said. “We are trying to attract a wide swath of interests in the community.

“We’ve had tremendous response so far, just in the planning stages. Hopefully, if we get the response we expect, it will pave the way in the community for future investment in these types of facilities. We have a pretty strong sense, based on what we’ve heard so far, that the event itself will be well responded to.”

So what started as a comment in a meeting expanded to an idea, then grew into an experiment, and is now a full-blown festival.

“Marty’s done a great job,” Horn said. “He’s very professional and has taken us to the level we wanted to be, but didn’t know how to get to. It’s nicely presented on the website (morristowncraftbeerfestival.com). It’s something new in Morristown.”

When not party-planning, Horn is settling into his position as market president at Citizens National Bank, which has a relatively new presence in Hamblen County. The newly-built facility sits in the Merchants Greene development, between Aubrey’s and Texas Roadhouse restaurants, a location that Horn is very comfortable with.

There were questions prior to the move for both of them, as there are with life changes, but all were answered positively. Horn said the bank has been more than just responsive to the community; its leadership is making serious commitments to the future growth of the county.

“Terry is my longtime banking buddy,” Horn said. “He’s banked half the town, he’s a banking legend; he gave me my first loan. I couldn’t be more pleased with our friendship and our banking relationship. The facility is beautiful, and I’m grateful for our staff.”

“Our industry as a whole in Morristown does a good job of supporting the community and we want to be a big part of that. We’ve been grateful for the investment of CNB in the nonprofit community. We’re pleased to be lending money, taking in deposits and slowly building the reputation of CNB,” he said.

Indications are that the brand will eventually expand in Hamblen County, as the area continue to see industrial, service and retail growth — “For now, we’re focused on making sure we do what we need to do here; taking care of customers and growing our footprint on the west side,” Horn said.