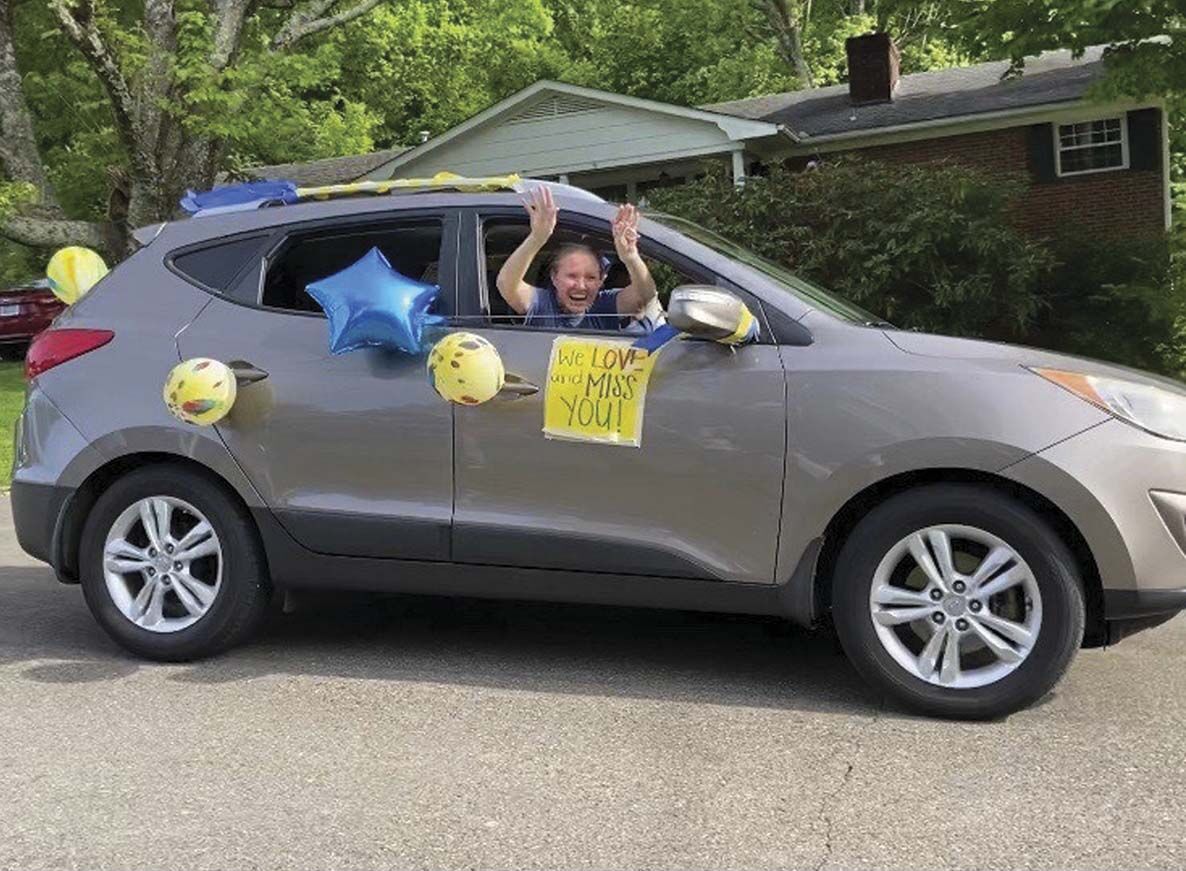 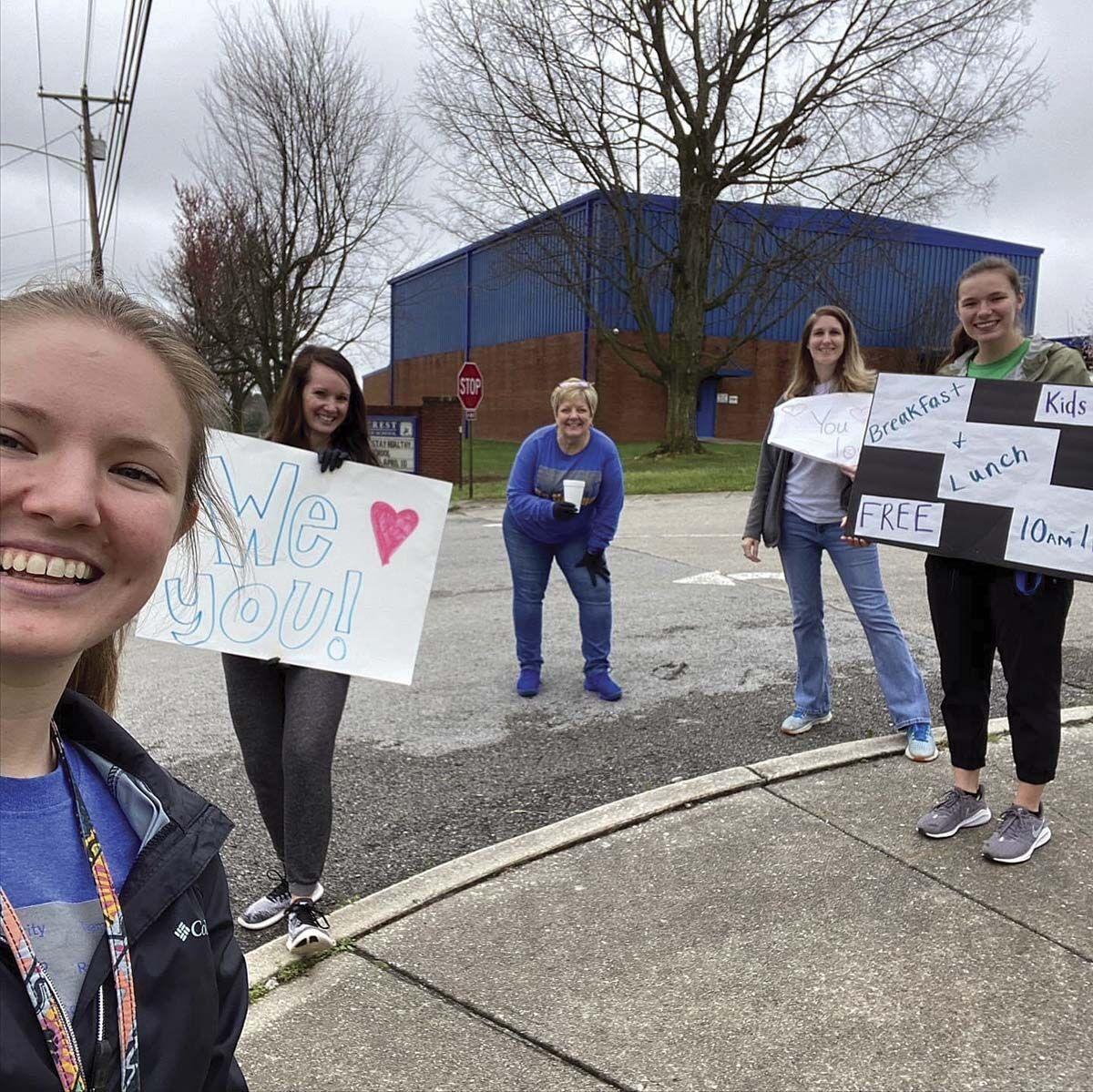 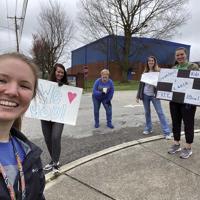 It was anything but typical.

But, Sydni Wolfe took a bull by the horns and ran with it. The 23-year-old Hillcrest Elementary teacher not only taught, but she volunteered and helped out as many others in the community did when schools closed at the end of March.

Wolfe stepped up as well.

From the day school closed, she started going to Hillcrest Elementary, filling bags with food to give to children who found themselves suddenly at home.

Wolfe herself is a hometown girl who graduated from Morristown-Hamblen High School West in 2015. She later graduated from Carson-Newman University with a degree in kindergarten to 5th grade education.

That same year, she married her husband Avery Wolfe.

She started teaching 2nd grade at Hillcrest Elementary School and has been there ever since.

“I have loved it,” she said. “I love working at Hillcrest and have a lot of support there. I feel like all the teachers there are family.”

Then COVID-19 hit and it changed everything.

She packed lunches for the kids. She helped make signs to put outside the school to let community members know that teachers and staff were still there to help give any child 18 and under food for free.

“Sometimes we’d take those posters down to the road to let people know we were there,” Wolfe said. “Some people didn’t know.”

At one point, Hamblen County schools started doing bus routes to deliver food to kids. She was on the bus handing out to students and she saw smiling faces during that time when so many people were at home with not much to do.

“That was awesome,” she said. “We were able to see the students and their families. They saw us coming each day.”

She did teach online during that time as well, using the social media apps Remind and Class Dojo. The school also had a YouTube page to put on lesson plans.

She would record herself and put a video up for her children to watch.

“It was kind of out of my comfort zone to videotape myself teaching,” Wolfe said. “You had to watch it back and you think, ‘Do I really sound like that?’”

She also helped the gym teacher do exercise videos, which ended up being popular with the kids.

“The kids loved that,” she said.

The biggest memory for her, though, from when school was closed was the parade.

The idea came to have a parade through the entire district in order to say hello to all of Hillcrest Elementary’s students. She got into a car and headed out.

The principal of Hillcrest Elementary had drawn out a parade route and the line of cars meandered through the streets blowing horns and blowing kisses at students.

“We paraded about three hours,” she said.

Many of the children stood out in the yard, waving at the teachers.

“I got to see over half of my students and previous students from the year before,” Wolfe said.

She said it was a special day.

“I had seen some of my kids on Zoom meetings...” she said. “There was nothing like seeing their faces and yelling out the window that we love them and we miss them.”

There’s still questions to be answered. No one knows at this point what the future will bring.

Wolfe said she knows the school system is working on a plan for the school year. She said she has been studying Google classroom in case school goes online once more.

Other than that, she doesn’t know what to do.

“I don’t know what to expect right now,” she said. “To be back in the classroom, even if it’s different, will give us some sense of being back to normal.”

She knows one thing. As long as she can, she plans to stay in Hamblen County and Hillcrest Elementary.

“I hope to stay in Hamblen County as long as I can,” she said. “I love it here.”