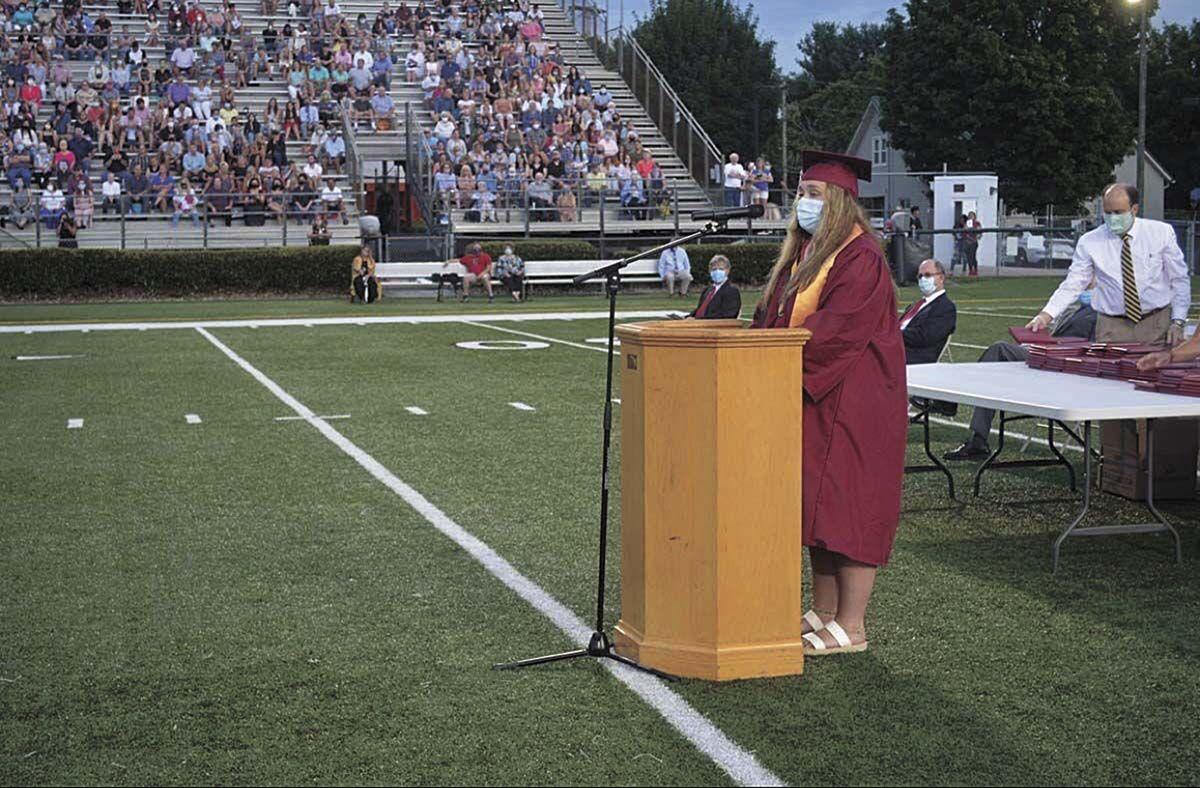 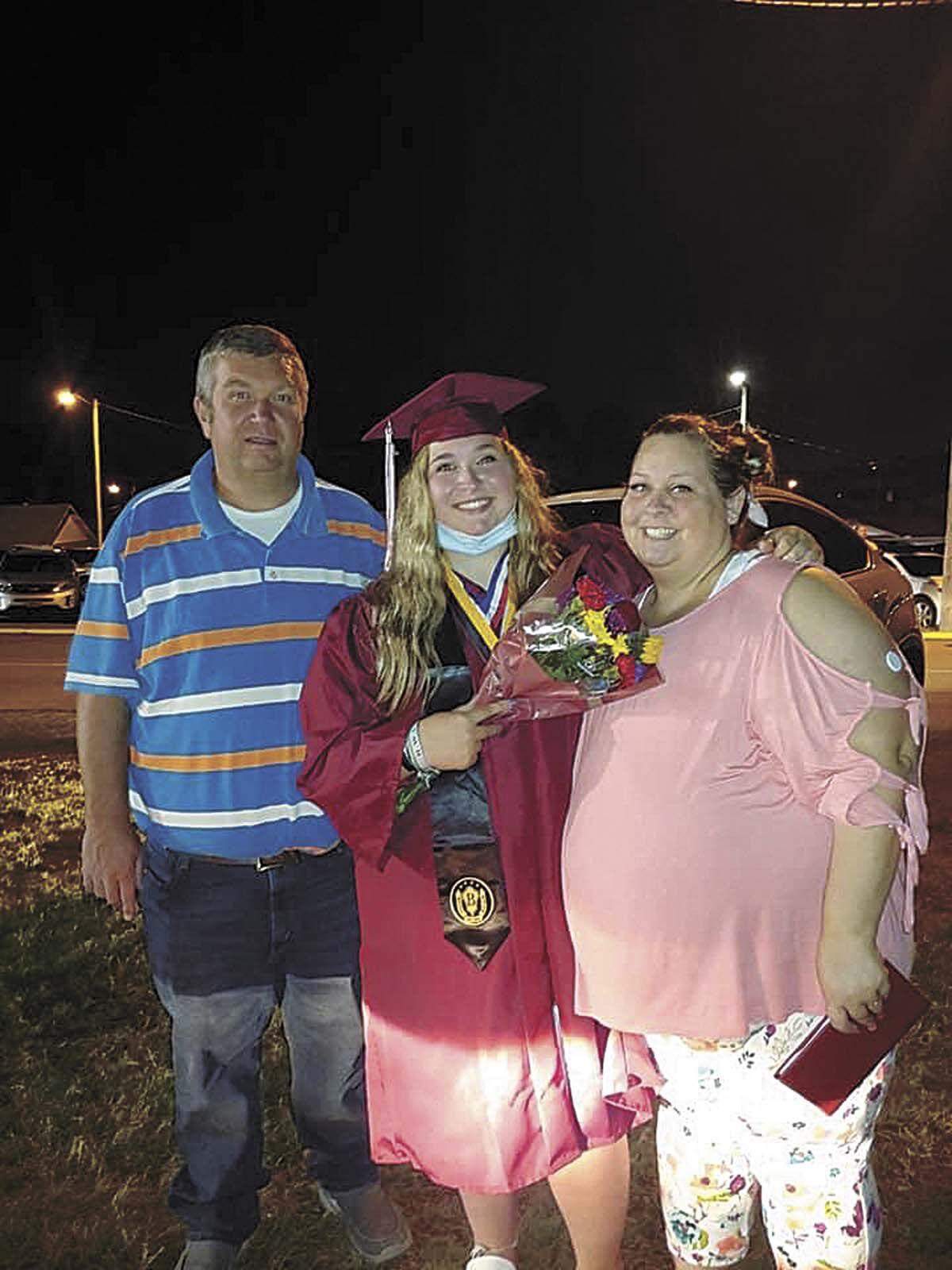 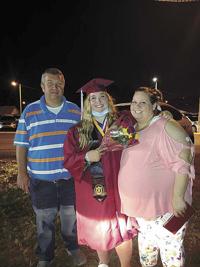 It was a time of uncertainty and dramatic change in a short amount of time.

There were the feelings of wondering if there would be a prom or a graduation. The excitement of starting college wasn’t so exciting.

But, it was also a time of learning for Chloe Livesay, a freshman at Carson-Newman College, as she graduated from Morristown-Hamblen High School West last year and then went into college right after, all during the worst pandemic to hit the United States in 100 years.

“I learned how to be content with myself,” Chloe said.

Her mom, Jessica Livesay, a teacher’s assistant at Morristown-Hamblen High School East, had to watch it all unfold. She saw firsthand how the pandemic affected her daughter, along with her daughter’s friends.

“I couldn’t help but feel sorry for them,” Jessica said. “It was like their rite of passage was taken away.”

More than a year ago, life changed for Chloe in an instant, along with thousands of other seniors across the state. Gov. Bill Lee asked that schools start shutting down at the end of March 2020. Students went online for the first time and tried digital learning.

Many thought it would be a couple of weeks before they went back to school. But, it dragged on.

Those seniors never stepped foot back in a classroom again at their schools. Schools stayed closed as the school year finally ended.

There was uncertainty about whether there would be a prom or a graduation. The Hamblen County school system held a prom that included social distancing and mask wearing. It was different.

Chloe got to get her high school degree and, as senior president, gave a speech outside at Burke-Toney Stadium while wearing a mask to students who were spread six feet apart.

The world had changed.

Chloe said she was surprised that there was a graduation.

“I honestly didn’t think we were going to get one,” she said.

During that time, she did find one way to help her. Her and her friends, who she couldn’t see because they were in quarantine, started writing letters to each other and mailing them.

It was a way of catching up with each other. It was personal. She still does it.

“That’s something we kept going throughout college,” she said.

College started. She started going to Carson-Newman to work on her double major in English and secondary education. That was different. As school started, she found herself doing a mix of online classes and in-person classes. Everything was in a way to make it safe for students and to keep them from contracting COVID-19.

There were no fall football games, tailgate parties and hanging out with friends – the normal things in college life.

She found college a lot harder than high school. It’s faster paced with not as much one on one time with professors.

“It’s so easy to get distracted,” she said. “There’s a lot of self-discipline you have to have.”

Jessica saw her daughter’s morale go down herself. She said Chloe is her “social butterfly” and when classes were online at Carson-Newman it affected her.

“There was no sense of community at the school,” Jessica said.

Chloe even told her so, she said.

“She was like, ‘Mom, I feel so disconnected,’” Jessica said.

Things are getting better. She now has had all online classes this semester. She’s meeting people. She’s talking about moving into the dorms next year and becoming a resident assistant at the dorm to meet people, Jessica said.

It may be the start of going back to normal. More and more people are getting vaccinated every day.

Mask mandates are starting to expire. The number of active cases are the lowest it’s been in a year.

It could be time for Carson-Newman football, the band playing when a touchdown is scored and Friday night tailgates at the dam.

Jessica said she is ready for it.

“I’m so ready to see those children’s faces light up,” she said.