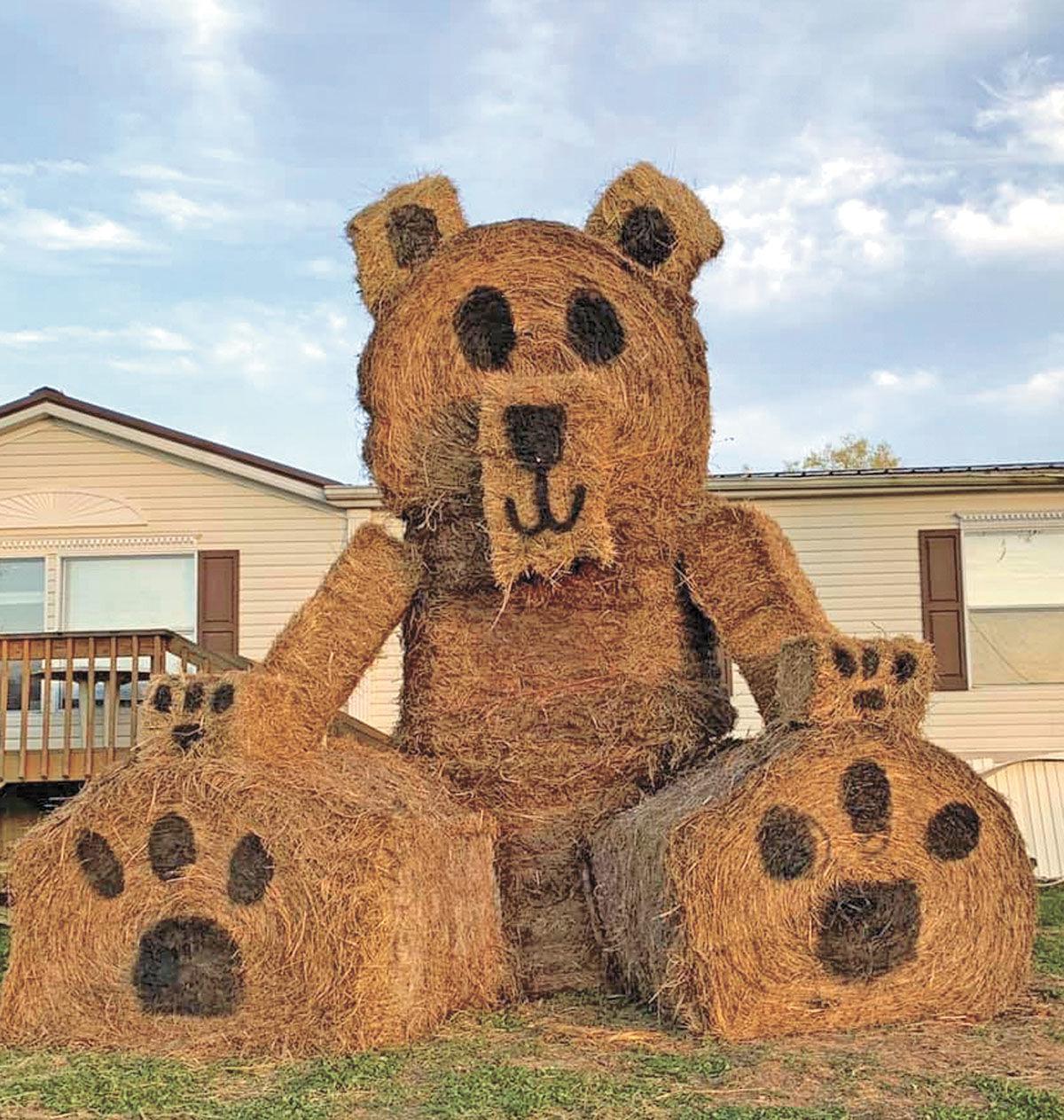 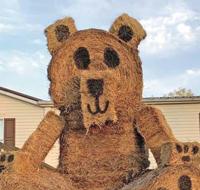 The Lakeway area has joined others around the world, putting together teddy bear scavenger hunts for kids during the COVID-19 outbreak. This teddy bear made out of straw was found in Hawkins County. 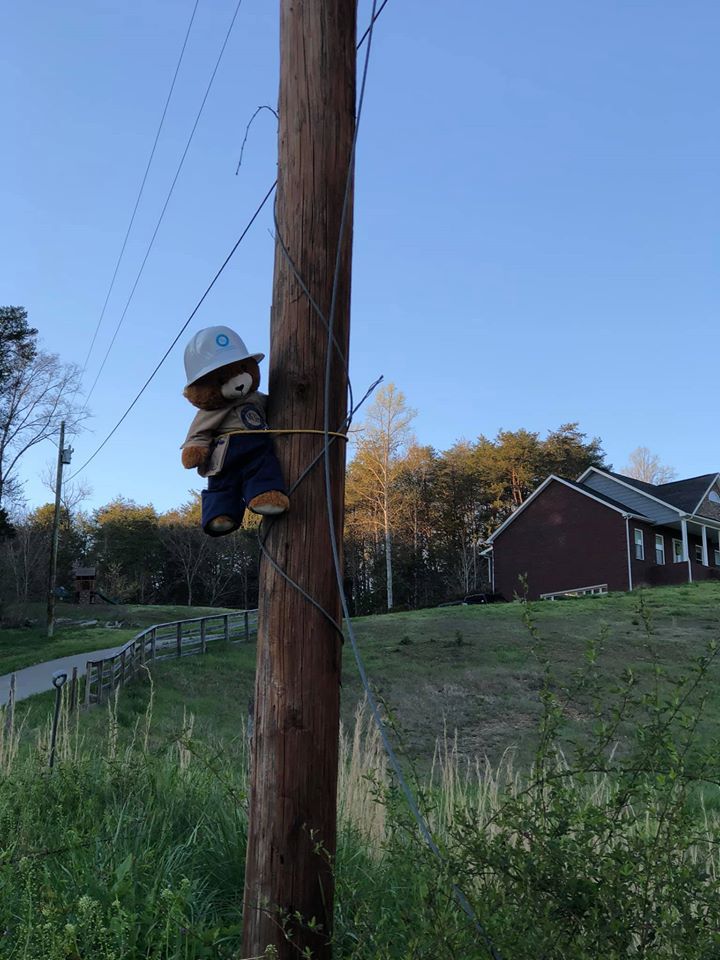 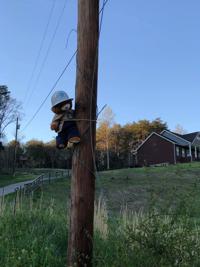 A teddy bear is dressed up and put on a power pole in Grainger County. 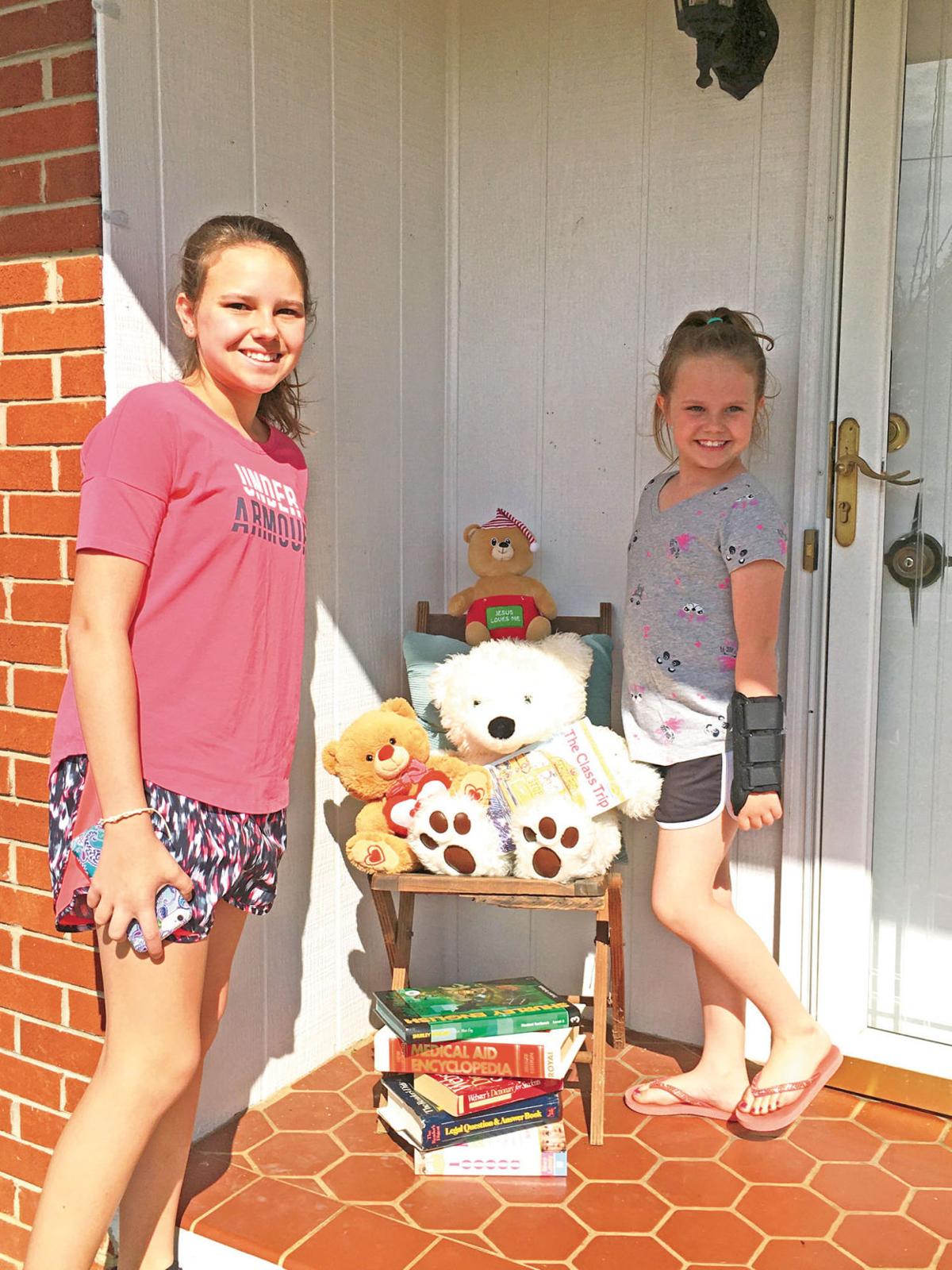 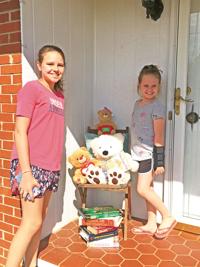 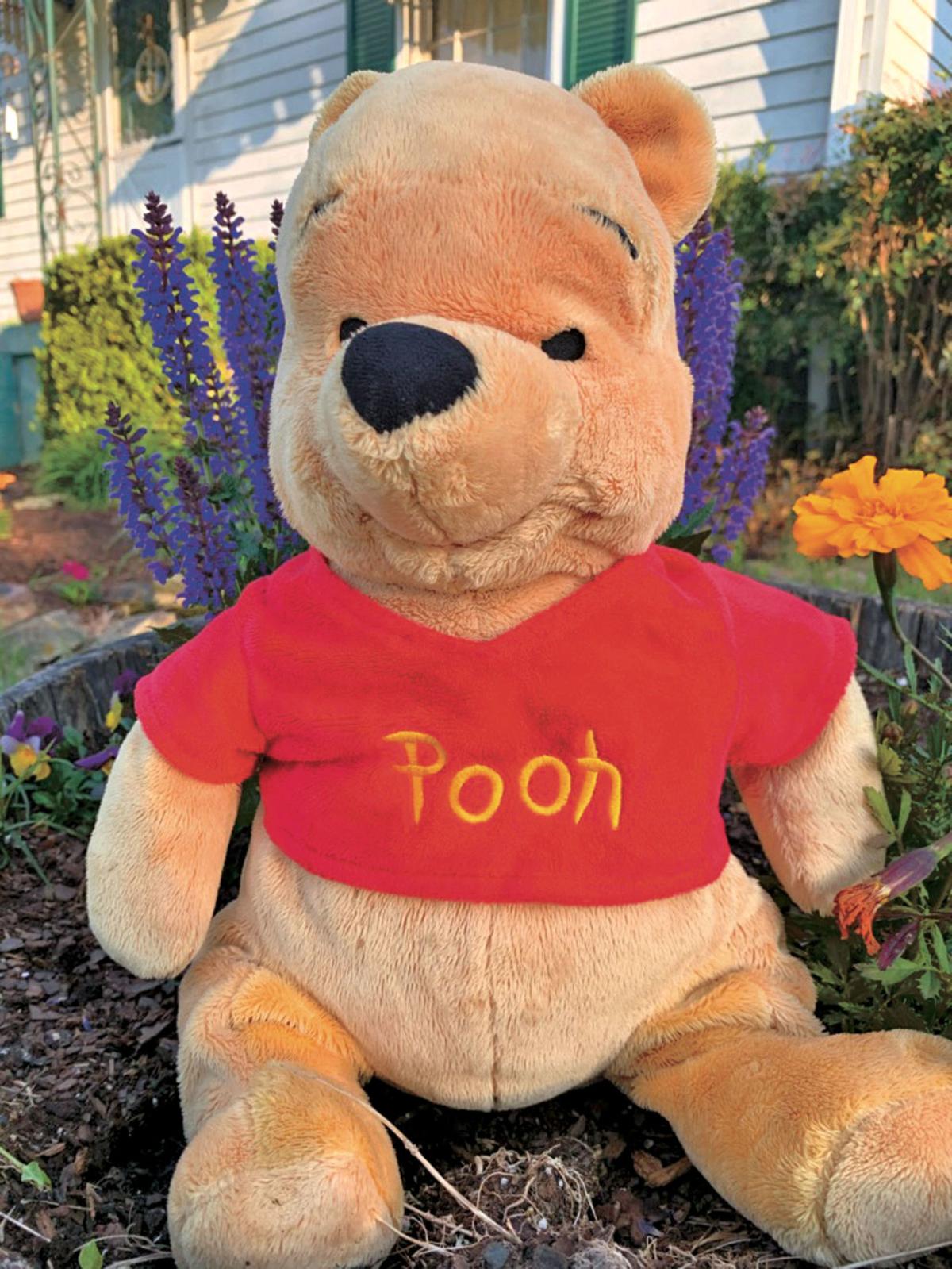 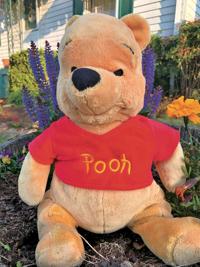 The Lakeway area has joined others around the world, putting together teddy bear scavenger hunts for kids during the COVID-19 outbreak. This teddy bear made out of straw was found in Hawkins County.

A teddy bear is dressed up and put on a power pole in Grainger County.

Adults are “retiring from parenthood.”

At least that is the joke that is running rampant on social media these days as quarantine continues and kids are having to stay at home with schools closed for the year. This has forced parents to find new and creative ways to keep their kids entertained, something that they are finding can be challenging at times.

However, teddy bears have come to the rescue.

A worldwide trend, teddy bear hunts have made their way to the Lakeway Area, giving families a fun thing to do while staying safe and healthy.

“It’s brought joy to people to think that they are putting a smile on people’s face whether they are putting out a bear or looking for a bear.” Tiffany Davidson, who organized the Grainger County bear hunt, said. “On both sides of it, I think that it has brought some hope and joy.”

The game is being playing all around the world, from Australia to Italy to the United States. Wanting it to be a “social distancing scavenger hunt,” people in the area have been asked to leave teddy bears everywhere, in their windows, yards, front porches etc.

Then, parents are encouraged to take their kids, either by walking or in the car, around the area and try and find as many teddy bears as possible.

“We had a lot of participation,” Title I Supervisor of the Hawkins County Board of Education Michelle Harless said. “We were happy to see a lot of people jumped on board. Parents would drive their kids around and take pictures of the bears and have a good time. They loved it.”

Hamblen County was one of the first areas to jump on the trend, holding their teddy bear hunt from March 24-28. Posts filled the Facebook group page with photos of their kids finding the bears. Some people even improvised, putting up Easter bunnies or stuffed dogs if they didn’t have a teddy bear.

The Hawkins County School District also joined the hunt. Sending out word over social media, they encouraged those in the area to put up teddy bears for the week of March 30 – April 3 for families to find. When the families found a teddy bear, they were to take a photo and upload to social media using the tag #HawkinsBearHunt.

Even a Hawkins county Emergency Management worker put a teddy bear on the front of their vehicle. Some participants also went above and beyond as one family made a bear out of straw that filled up most of their yard. Those participating in the hunt reported that they found up to 70 bears in one day.

“Those businesses were a great help, being on board with doing this,” Harless said. “Also, these small businesses are feeling the effects of COVID-19, so this was also a way for the businesses to advertise that they are still around.”

Grainger County also joined in on the hunt, creating a group on Facebook that has over 1,300 members in it. They are encouraging kids to keep count so that they can post in the group how many they found each day. One was even found “driving” a Grainger County school bus.

“It’s a safe activity, and you get to see some of the landscape and area on these pretty days,” Davidson said. “And so, I put it on Facebook asking what people though and everyone said that we should do it. So, it’s been a huge success.”

As the teddy bear hunts continue and other ideas similar to it begin to pop up, parents may be forced to postpone their “retirement” and have some fun with their kids instead.

Do you think the SEC will complete the 10-game football schedule announced last week?