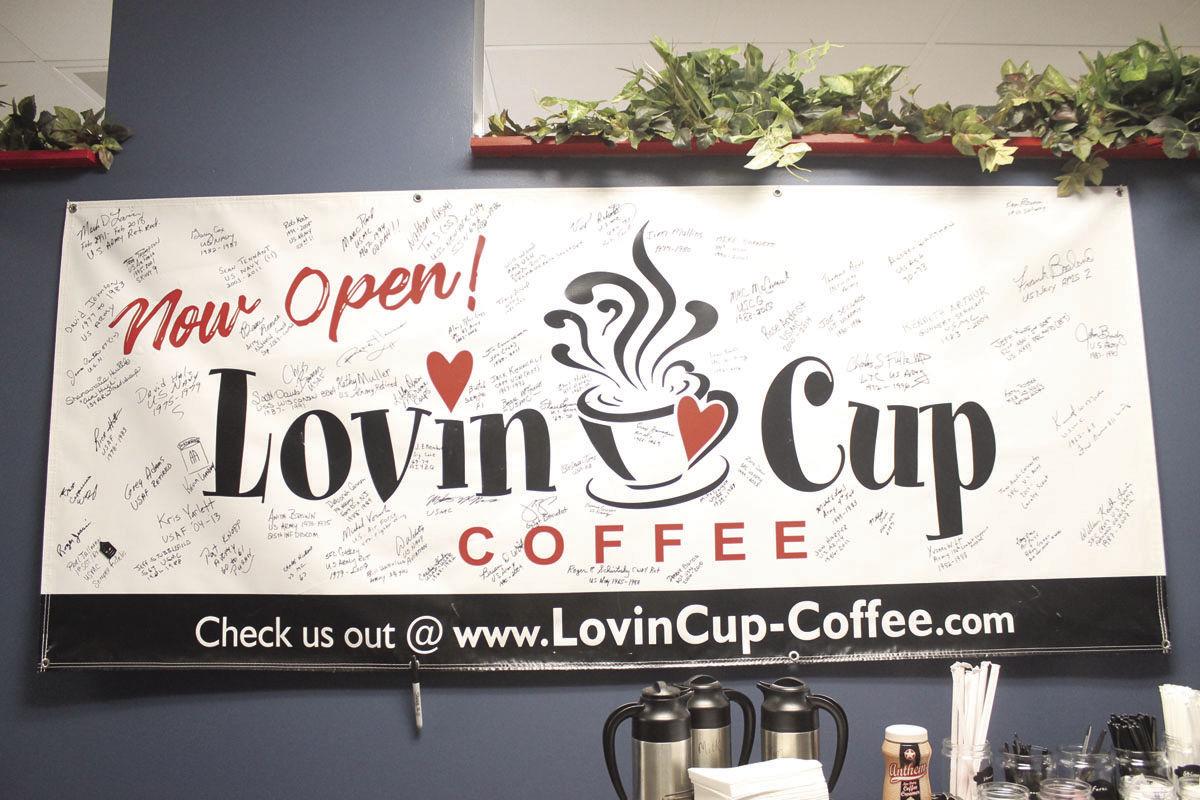 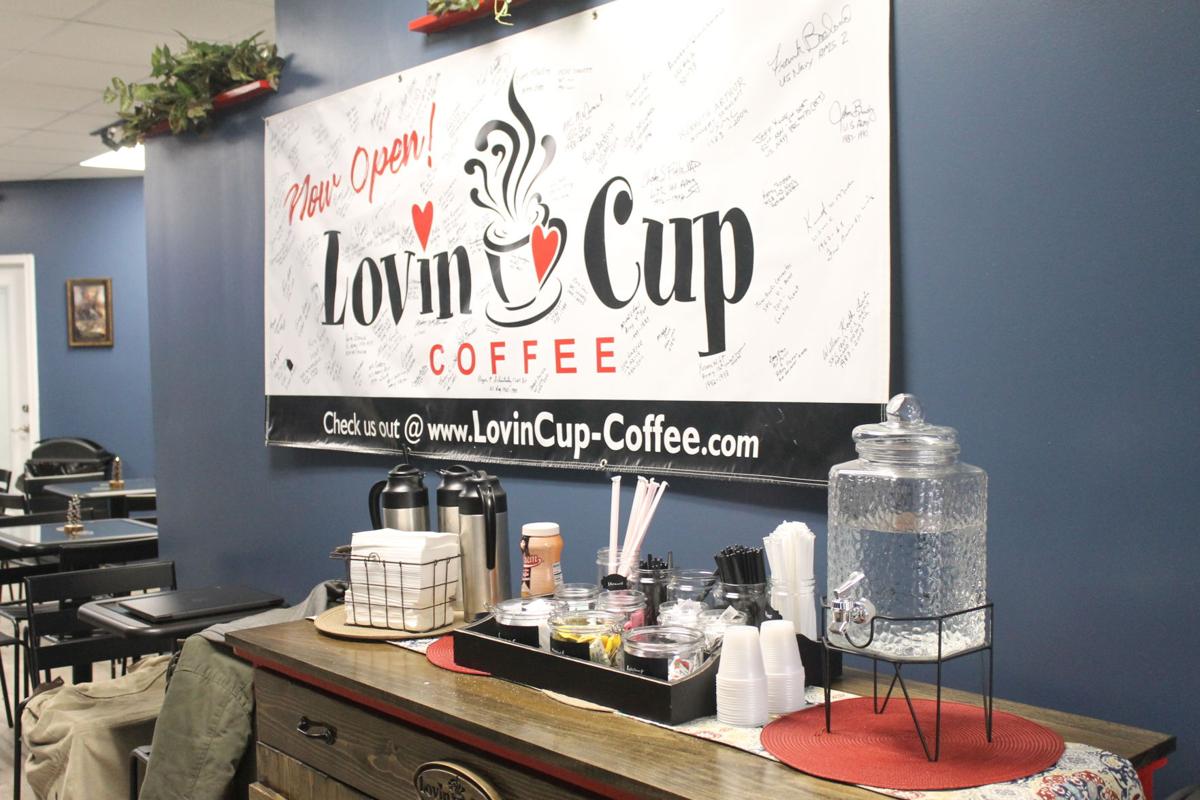 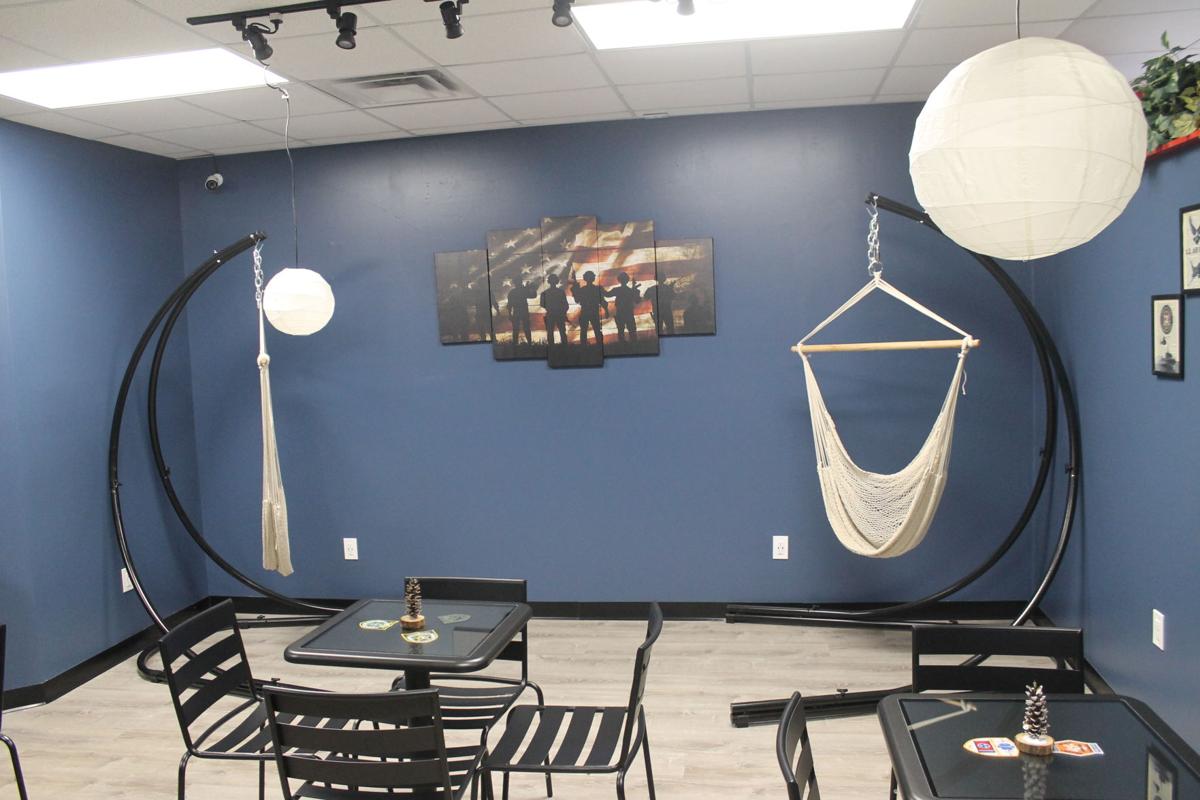 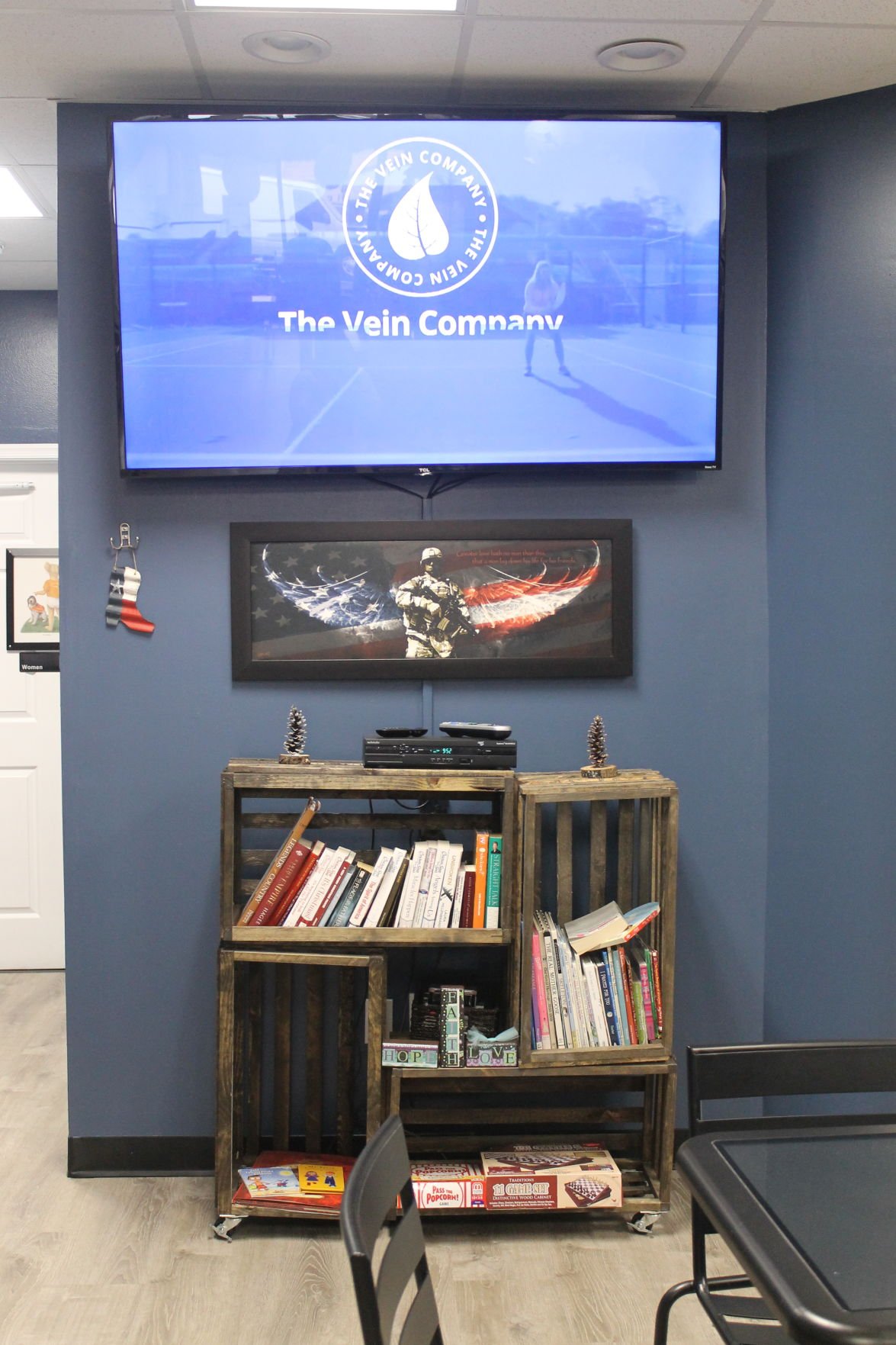 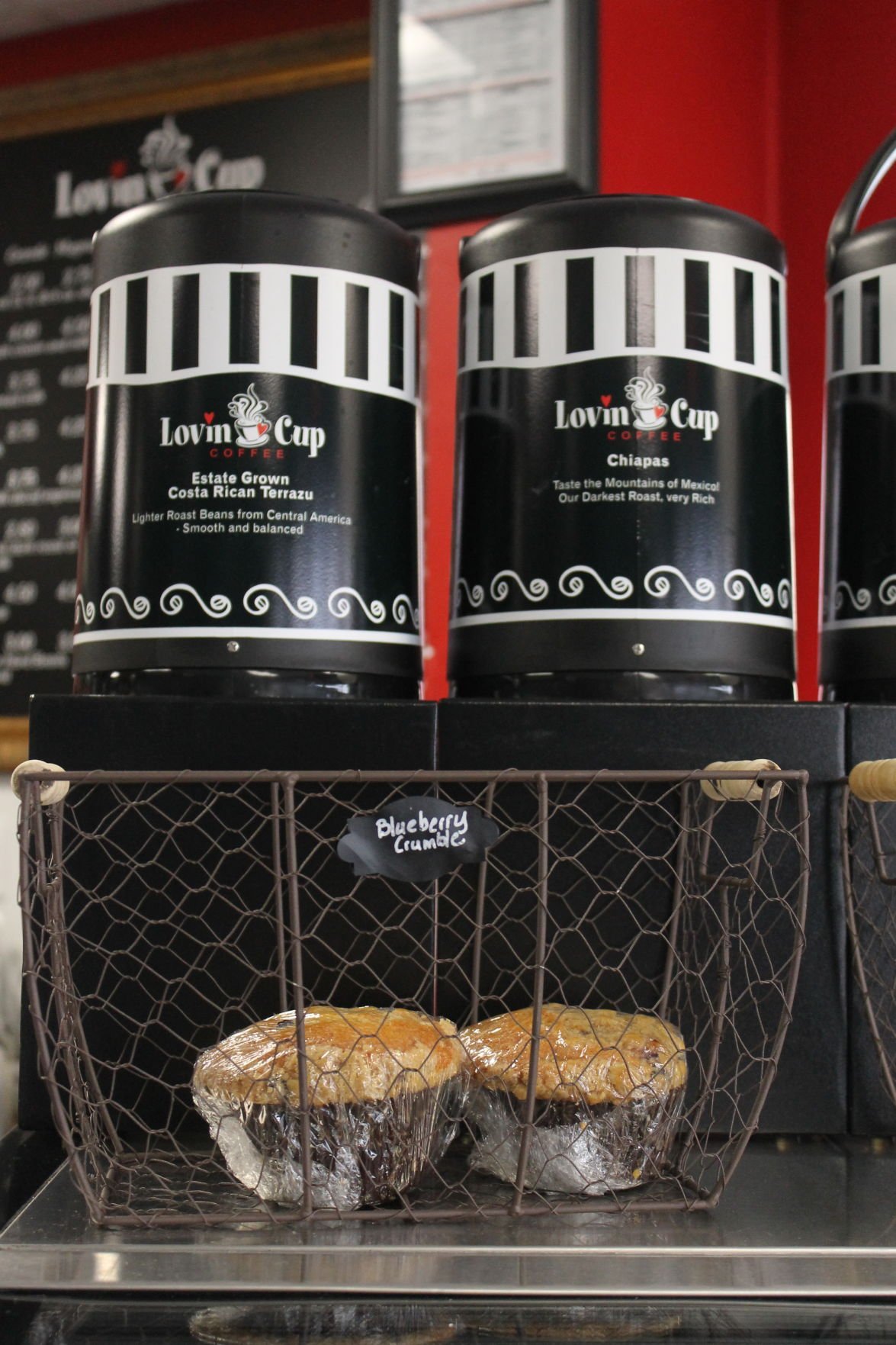 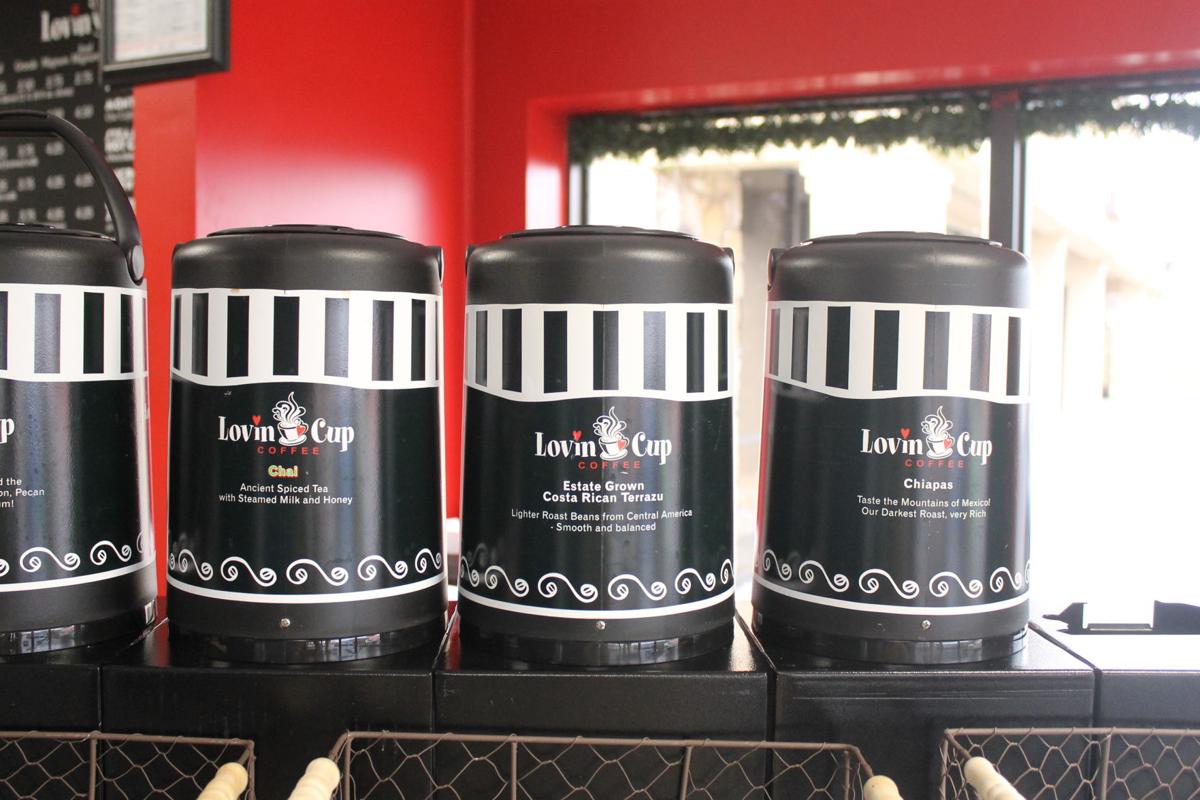 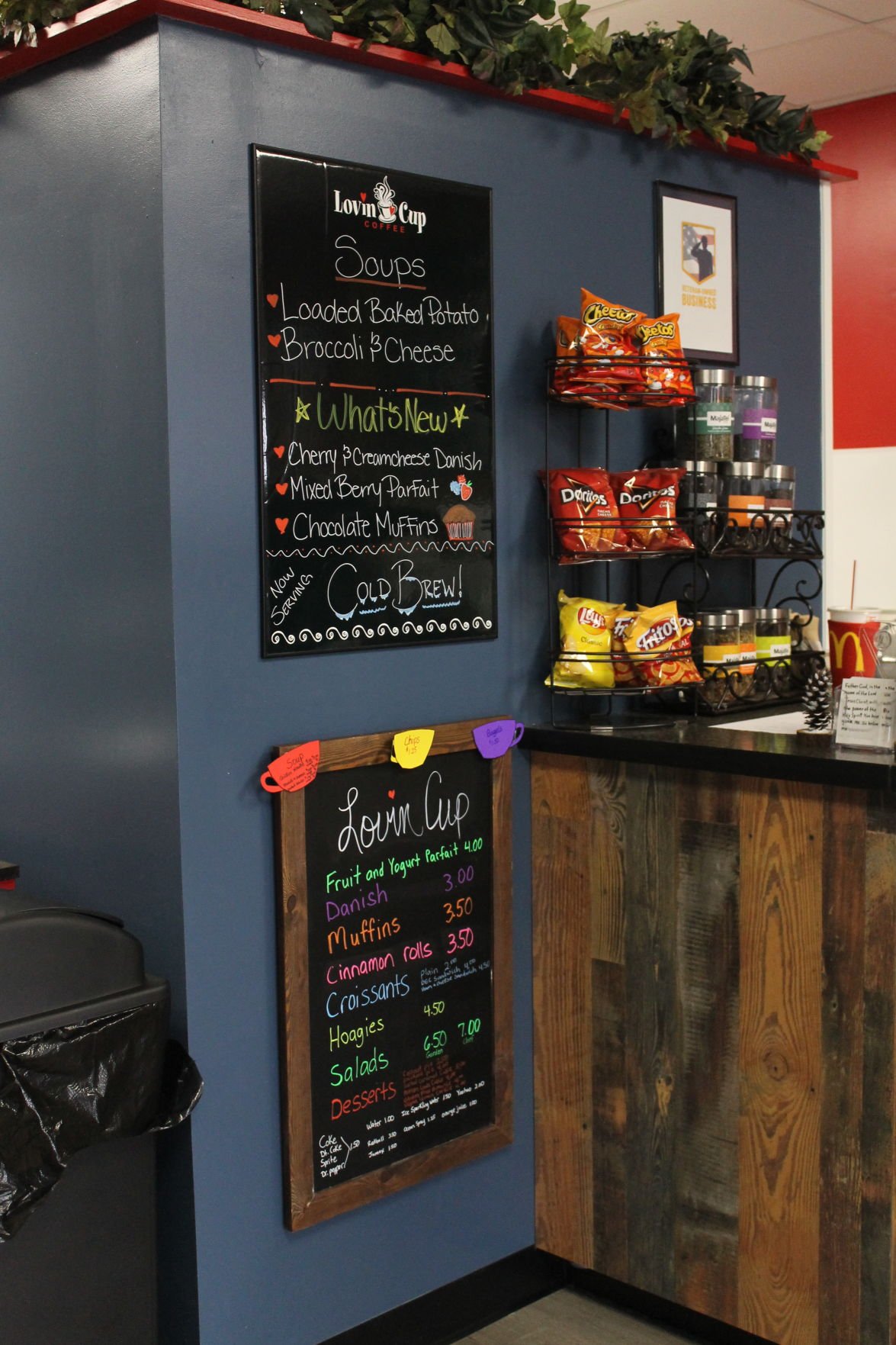 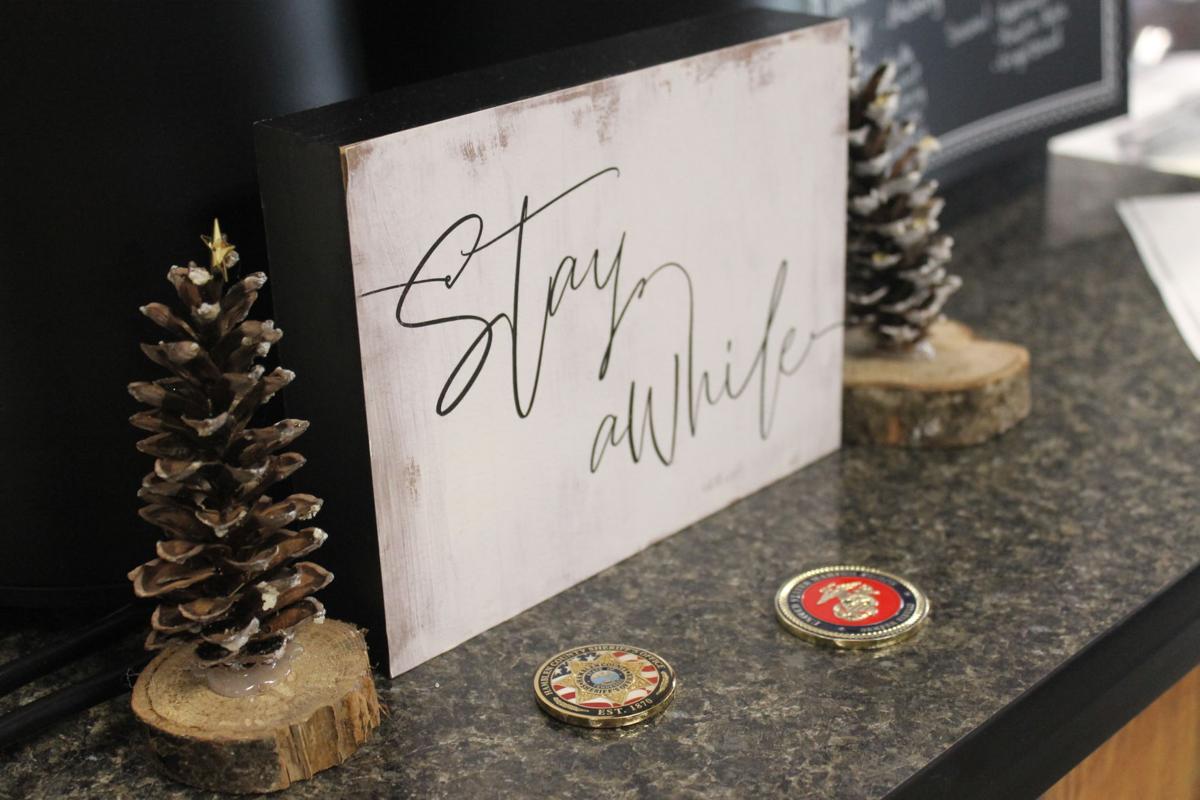 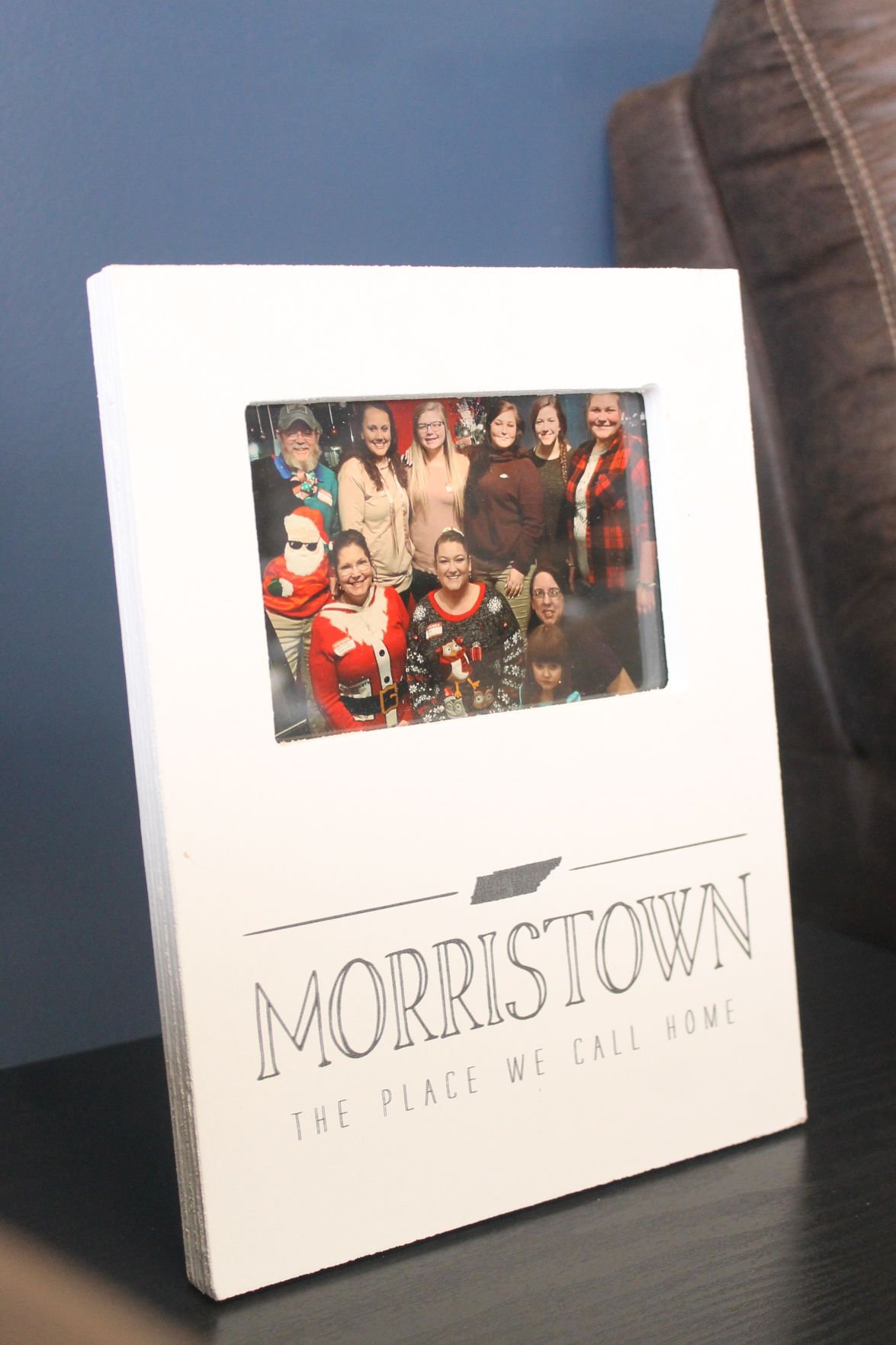 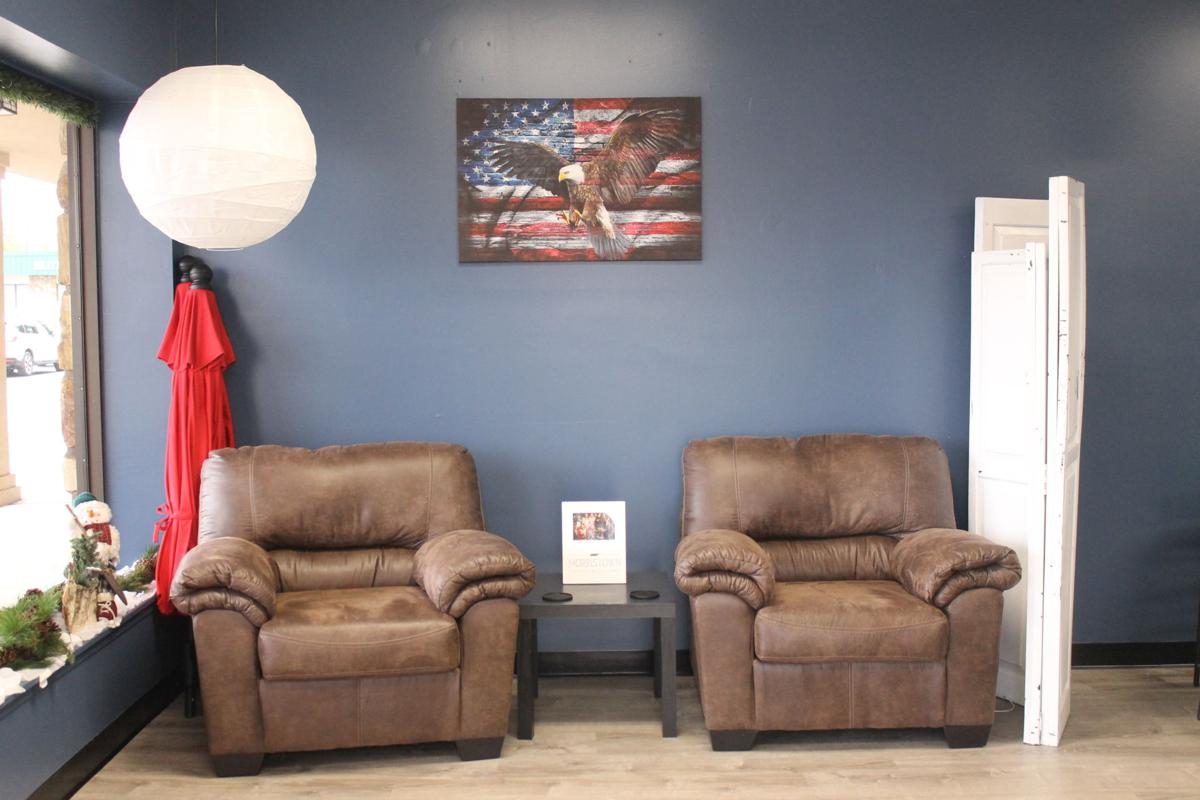 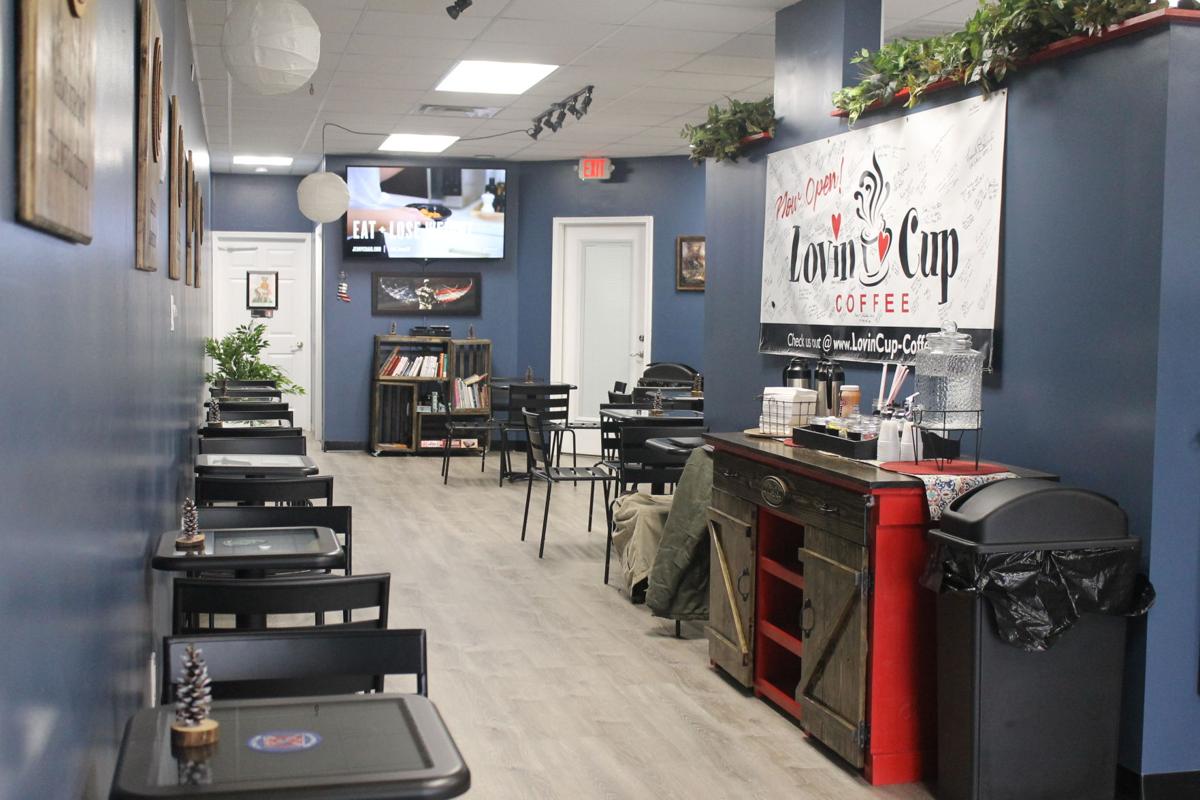 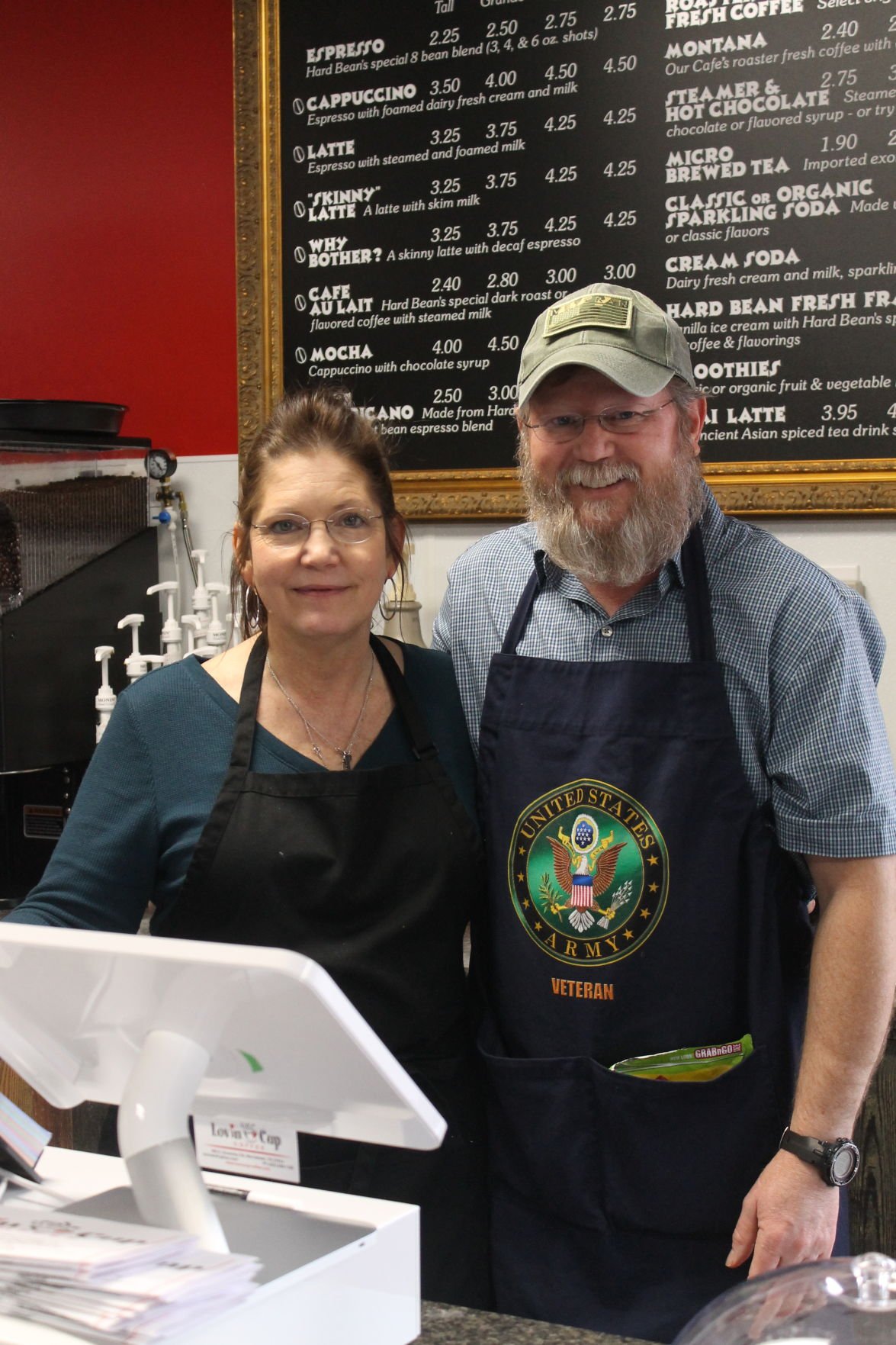 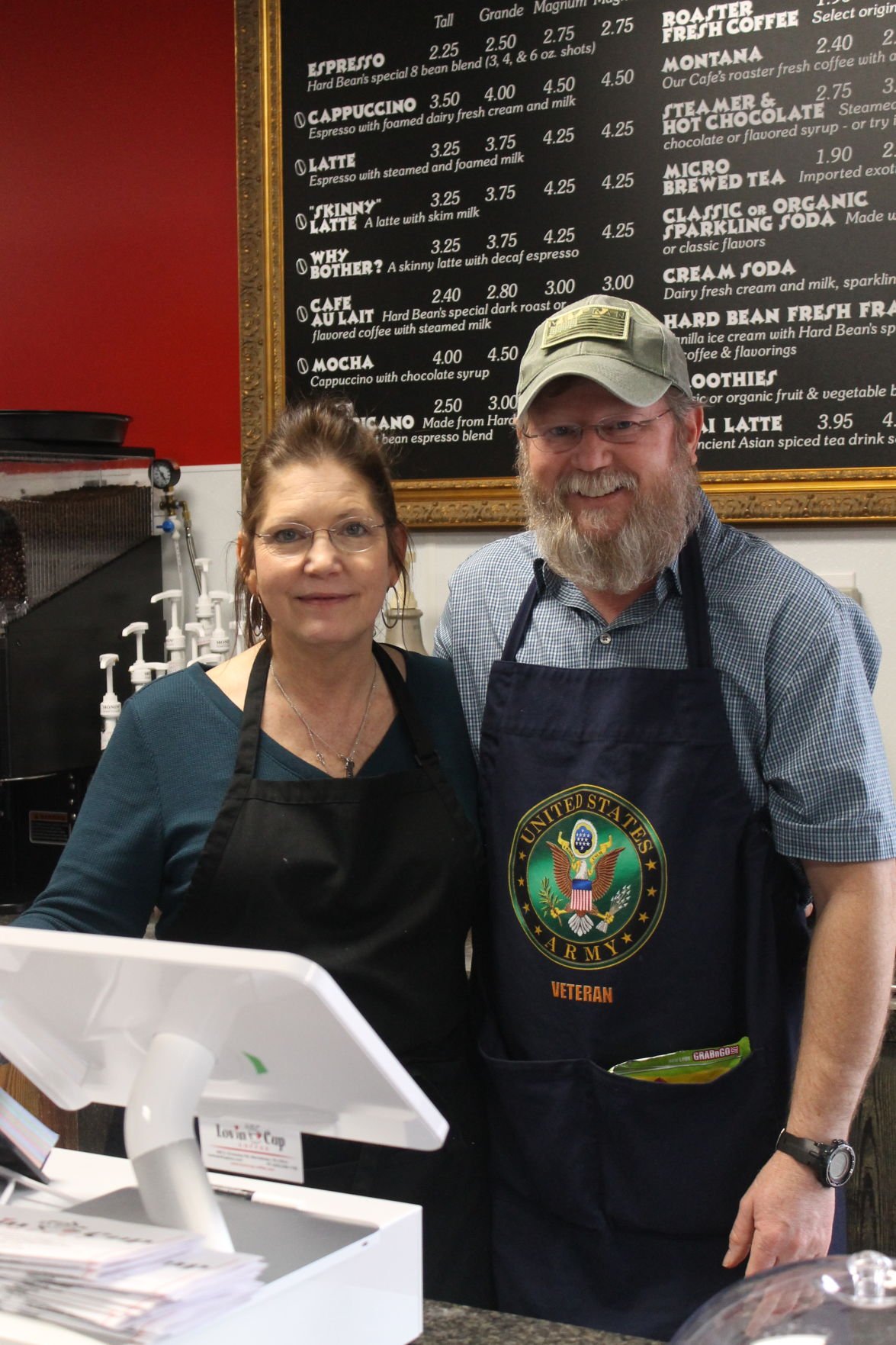 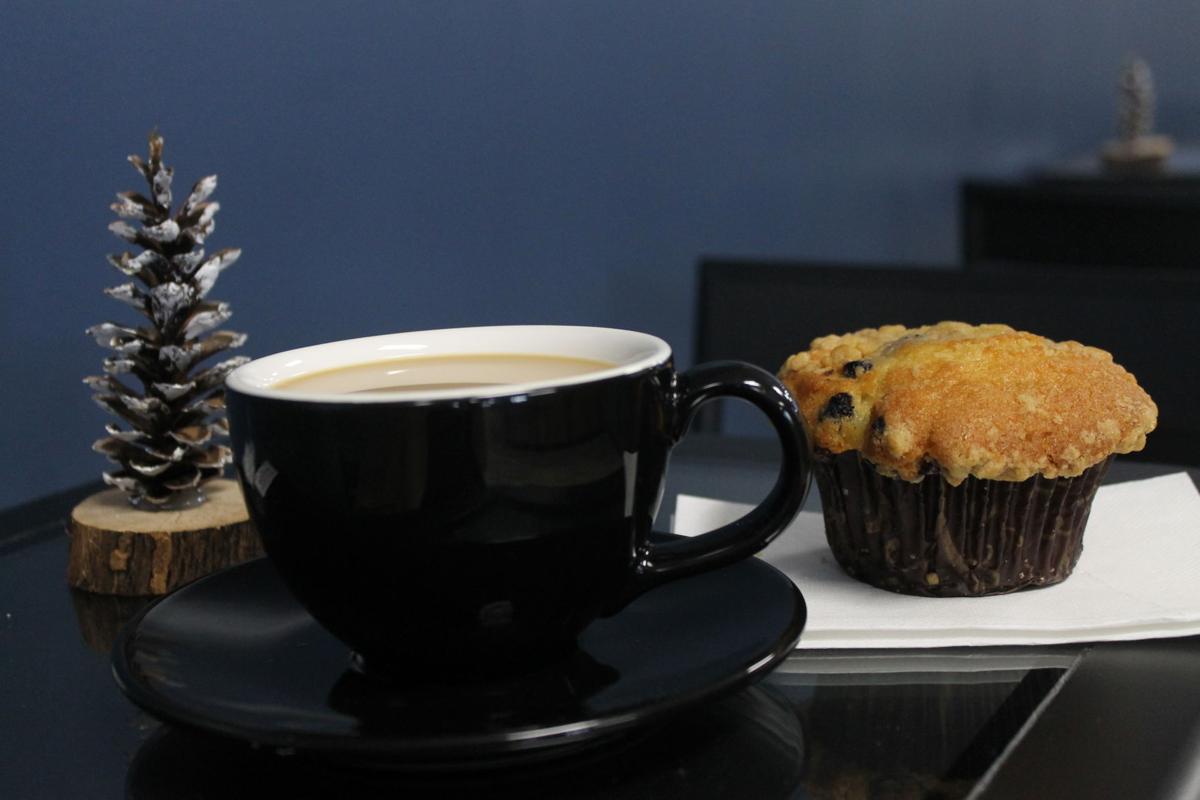 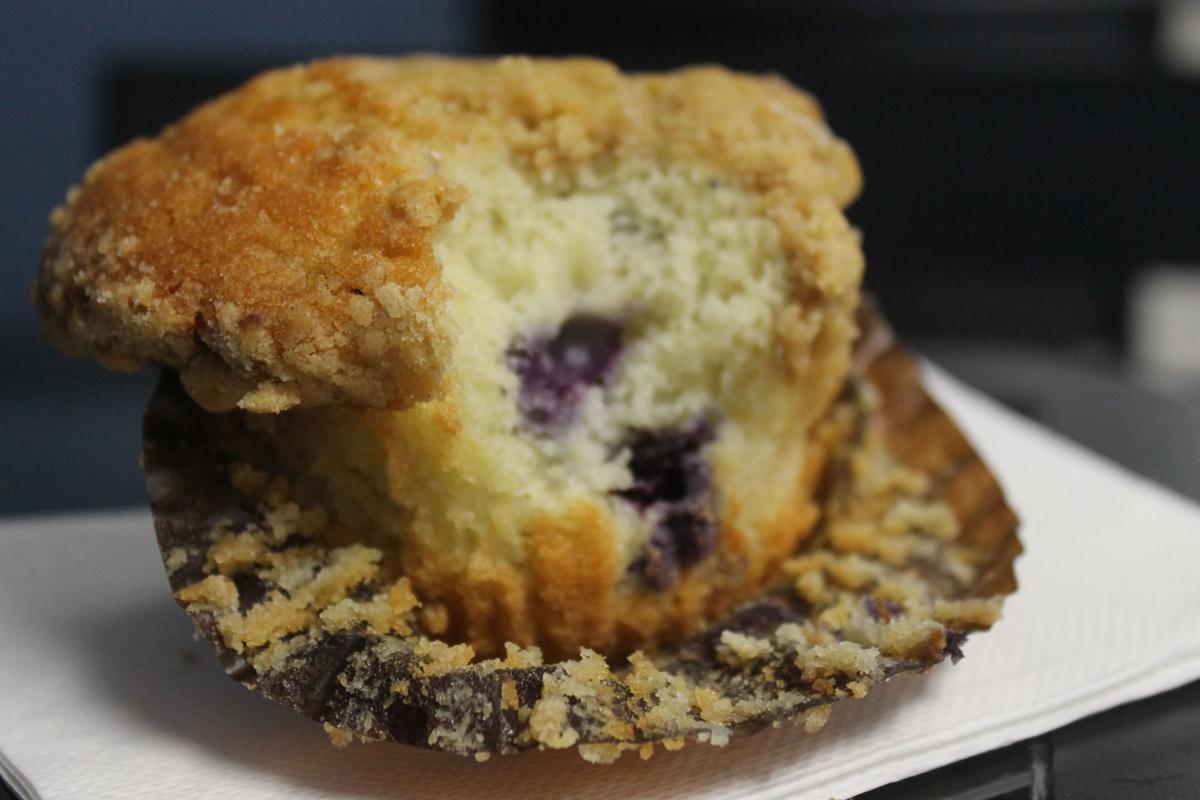 Keith and Maxine Lovin do not mess around when it comes to spending time together.

The couple’s newly-opened business located in west Morristown, Lovin Cup Coffee, requires a minimum of 90 hours per week dedicated to finessing the retail side of the java industry, with a side hustle of relationship-building.

They were married on a football Saturday — Sept. 15, 2018 — providing the highlight of a tailgate party at Neyland Stadium. If the ceremony itself wasn’t highlight enough, the gift by the couple of game tickets for everyone who attended certainly was.

“We love UT football,” Keith said on a recent Monday, in between greeting customers.

Keith was born in the area, but lived elsewhere for 30 years. He spent 20 years in the U.S. Army, then worked as a contractor with the Department of Defense for another 10.

He’s was assigned to bases in seven locations, including New York and Kentucky, then in Korea. After that, he returned to the states where he was stationed at Ft. Hood, Texas; he recruited in south Georgia for three years, then went to Germany. He eventually retired out of Ft. Bragg, North Carolina.

“I missed the mountains,” he said. “I’ve got 10 years in the middle east, total; I decided I’d chewed enough sand. I just want to be somewhere that I feel comfortable, so I came back home — and I had a season pass to Dollywood.”

He and Maxine met through a mutual friend.

“He recommended I dance with her,” Keith said. “We just hit it off and dated for awhile.”

Admittedly, the couple were not coffee experts —“She drank a lot of it!” Keith said — but formal training provided the necessary background, and on Dec. 9, 2019, Lovin Cup officially opened at Plaza Terrace (behind No Way Jose’s/Holston Kitchen). They were advised by consultants who were great coffee retailers, according to Keith, who added the store is not a franchise.

“The response has been really well, although it’s hard to measure because we opened during the holidays,” Keith said. “Customers have said they love the coffee, like the atmosphere. We are meeting some great, great people.”

The current challenge is for customers to actually find the store, which is located in the former TCBY space that was most recently home to The Purple Iris startup.

The drive-thru window has been re-opened, an amenity for customers that presented initial challenges for the owners and staff, but per Keith, it is functioning well now — “We’re getting better every day,” he said.

“Maxine and I have always worked well together, whenever we took on a task,” he said. “Learning each other’s role here, now that was a challenge. I was kind of concerned at first, but it’s been great. I love it.”

Neither one is the boss, per say; they are co-owners. As time goes by, Maxine has developed a penchant for mixing drinks and making sandwiches, while Keith has taken over customer service.

“I make sure the customers are happy, I get to know them well. We’ll occasionally use the rock-paper-scissors method to help them figure out what they want off the menu,” he said.

The shop is by no means a full-service eatery, but it offers a little bit more than the average coffee shop, according to Keith: breakfast sandwiches, bagles, pastries, salads, hoagies, croissants and two kinds of soup, loaded baked potato and broccoli & cheese, along with desserts.

As for Dollywood, they may not make it back to the park this year.

“This is our baby, our investment,” Keith said. “We’ll have to see later this year; maybe we can at least go to see the Halloween lights, the Christmas lights, we’ll see how the summer goes.”

The couple discovered a benefit of joining the local retail scene.

“Being a small business owner, who knew it was such a close-knit group? The pest control company gave us a discount; the contractor working on the space helped us out they’re all great, great people. And all of our customers have walked in with smiles. They are all relaxed, especially our veterans,” Keith said.

The walls of Lovin Cup are decorated with military plaques and a large banner is available for veterans to sign. Keith and Maxine offer discounts on purchases to veterans, first responders and seniors.

The decision to close on Sunday was based on more than just providing a respite for the owners.

“God gave to us and the very least we can do is go and give Him his day,” Keith said.

The couple are active members of Emmanuel Baptist Church in Morristown, and the congregation has been a big part of the new venture.

The first two days, we saw almost every member of the church,” Keith said. “They are very supportive and they come through often.”

The church pastor provided the invocation at the Jan. 24 ribbon cutting by the Morristown Area Chamber of Commerce and lifts the business up during services, requesting prayer for the owners of Lovin Cup because “they’re tired,” according to Keith.

They have hired six employees to date, with one working per shift alongside the lovebirds.

The couple have developed a routine of calling out each other’s mistakes, which can lead to the loss of whatever item might be on the production line, especially the drinks.

“There’s a five-step process to making a good drink,” Keith said. “If you get to step No. 5 and you’re not sure you did No. 2, you throw it away. That was something we were not used to; we had to establish a process of how we would do things.

“We have one rule, and one rule only: if it’s not right, we’ll make it right. Even when a customer tries something new and doesn’t like it, we’ll make them something else for free,” he said.

The atmosphere of the Lovin Cup is so relaxing that a number of small gatherings have already been held, including a baby shower, nonprofit organizational meetings, including the Morristown Theatre Guild, and a visit from a local Christian school class. Later that week, there were plans to host participants in the special needs education program at Morristown-Hamblen High School East for a work study session.

Lovin Cup has a variety of flavors to add to their coffee offerings, which include its house-blend, Jazzy Java. Eight different blends of tea are available, with Chai being the easy favorite. The favorite flavored coffee drink to date is the Mocha. Smoothies are also available.

“We started out simple and we’re expanding the menu little by little, as we talk to our customers. We try to drag information out of them and get some feedback, Keith said.

The most surprising customer-recommended flavor was lavender, Keith said. He is very pleased with the popularity of the Jazzy Java blend.

“We grind the beans here,” he said. “We’ve went through four pots this morning; will probably make two or three more.”