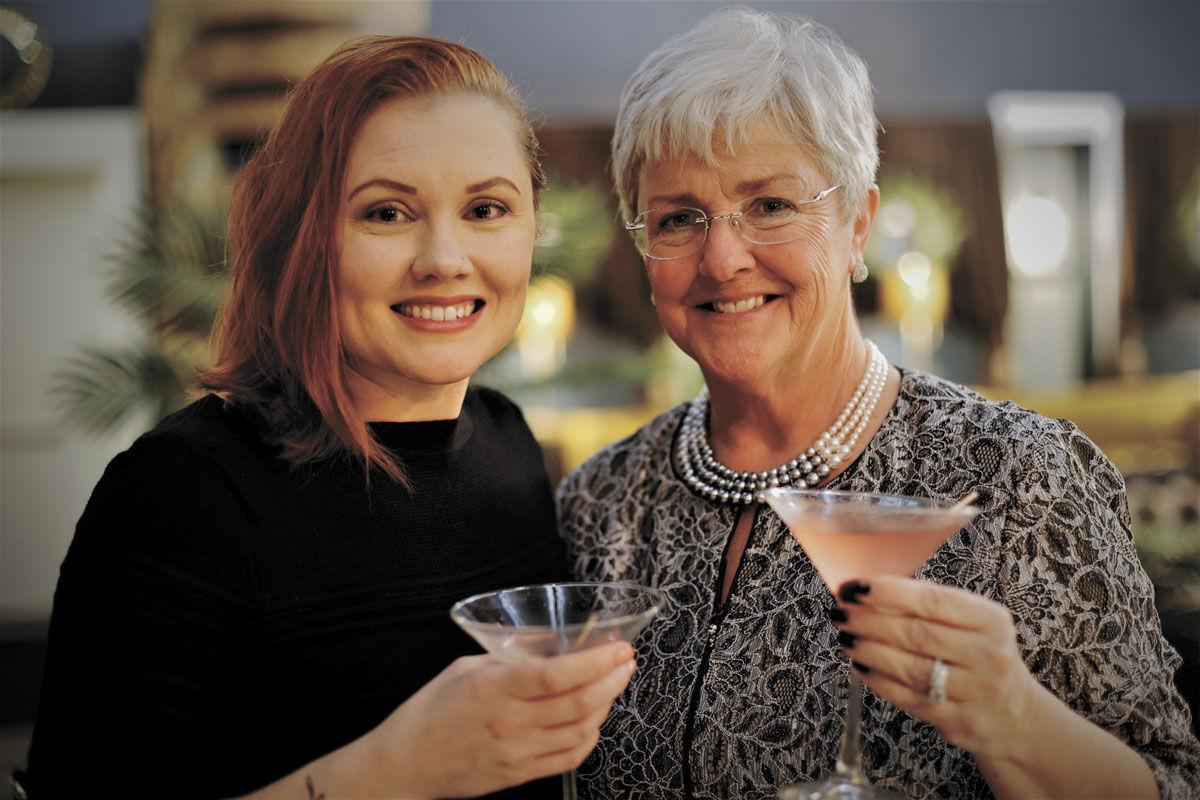 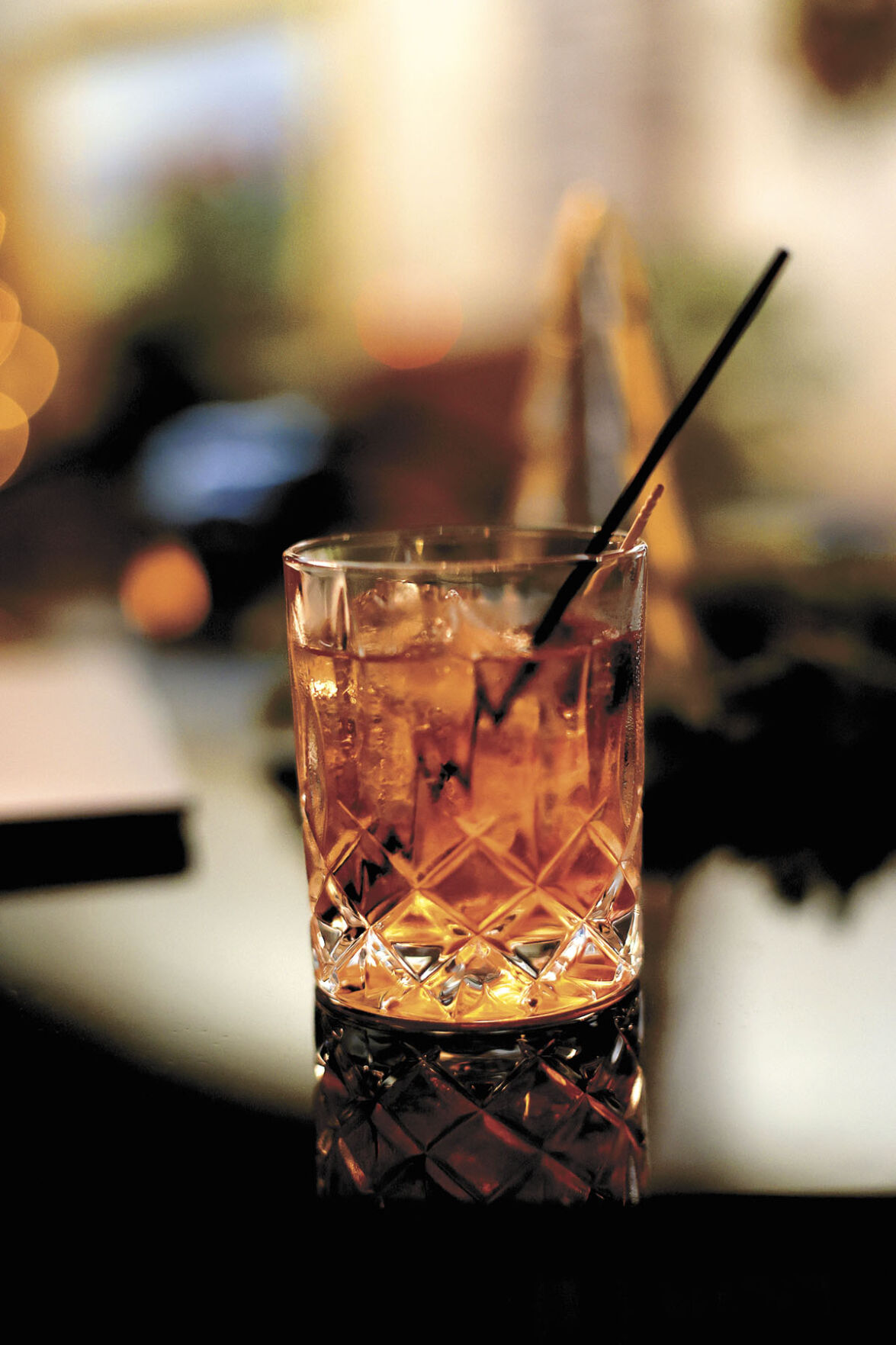 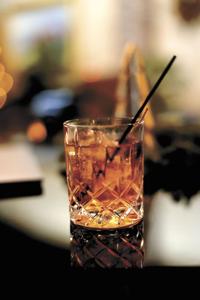 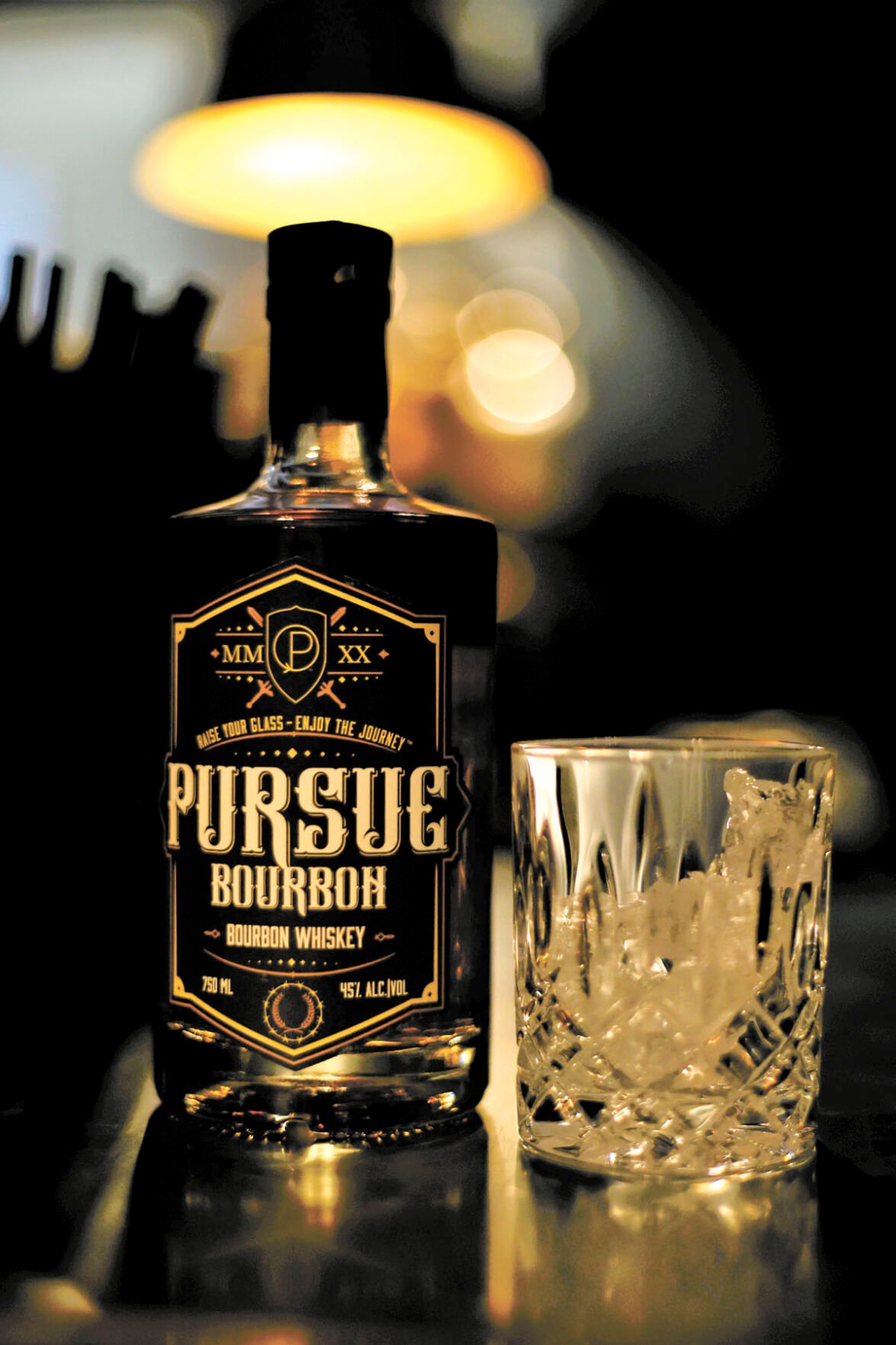 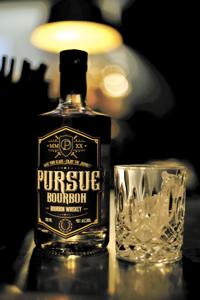 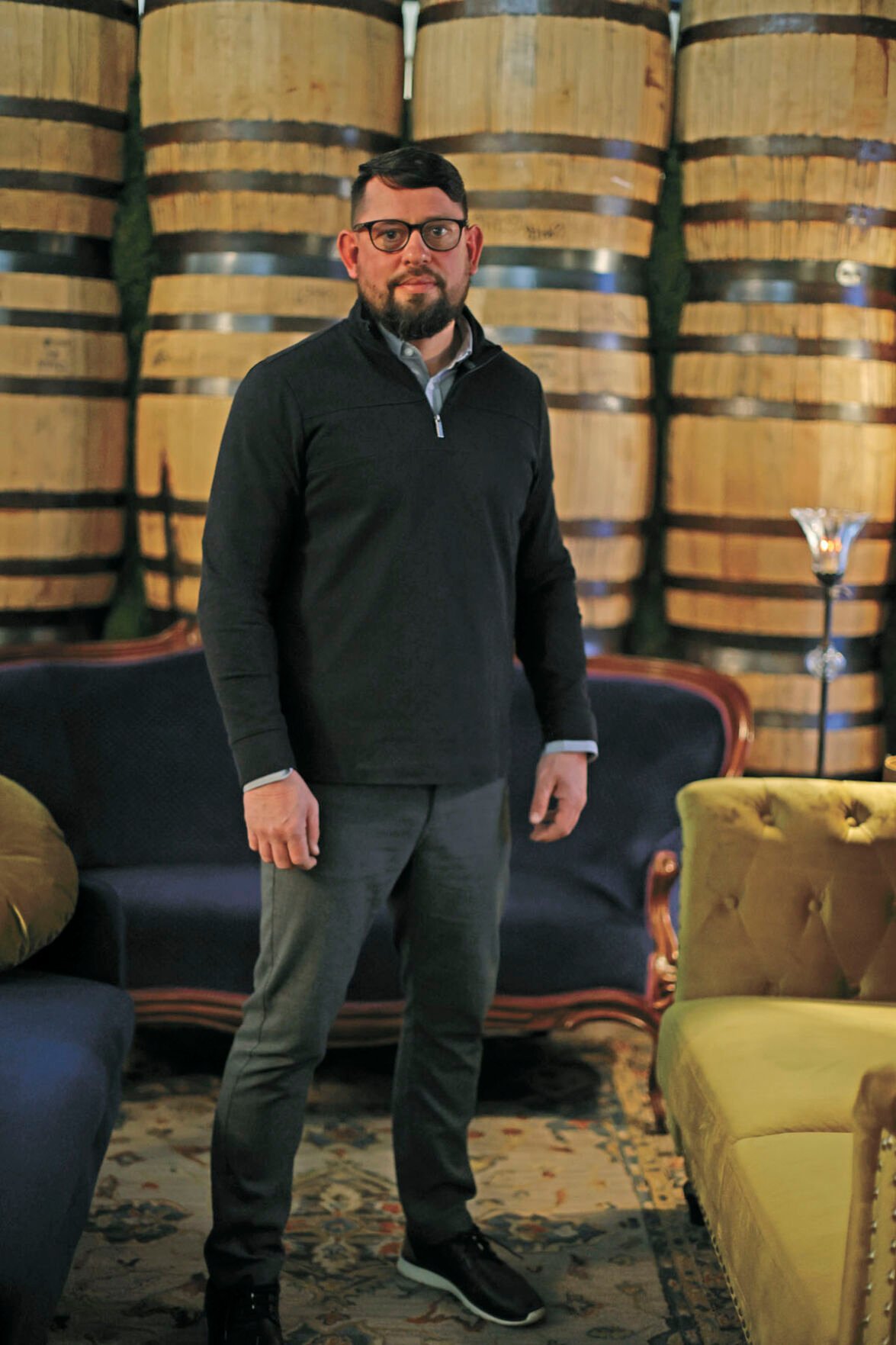 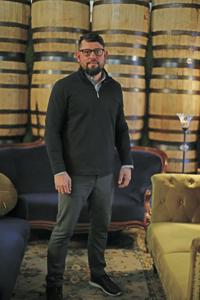 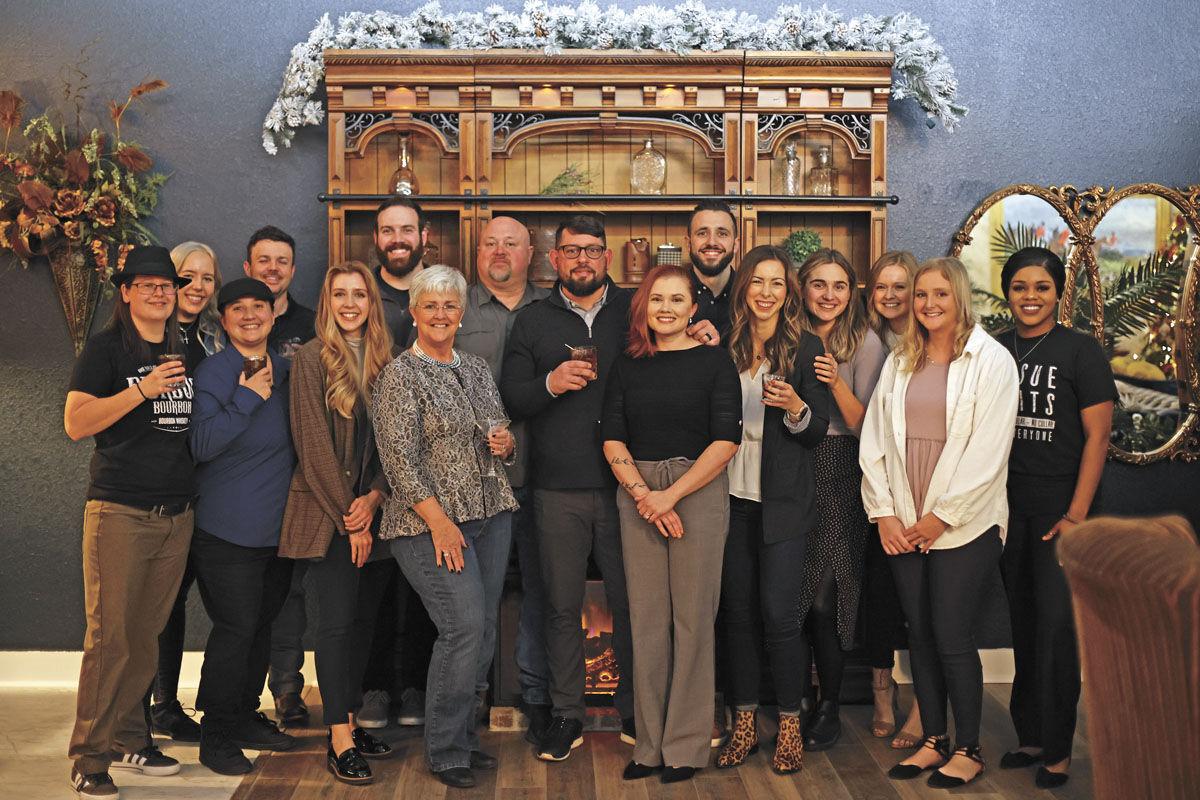 Jeremy Reed pursues his passions across many industries. He’s had a hand in transportation, fitness, combat sports and now is crafting small batch whiskey products from a beautifully transformed space in historic downtown Jefferson City.

Some time ago, Reed had approached a friend and distillery industry mentor about brand licensing in order to bring some new drinking options to the local market, and beyond. A plan was developed and Reed got to work.

Reed was sitting in a car in early 2021 when that friend called him up to see if there was interest in opening a distillery in Jefferson City.

“I was like ‘Yeah- let’s do it,’” Reed said. “When it comes to business, I don’t procrastinate. I was literally on the phone the very next day trying to figure out how to make this happen.”

Mossback Distillery was born, but it needed to grow. Reed, and his wife and partner April, saw the area around Mossy Creek was a good place to plant roots.

The seed has been planted at 115 W. Old Andrew Johnson Highway.

He had seen the change in the downtown Jefferson City area. Renewed interest and investment had started already with businesses like The Creek Downtown and ReVisions on Main. Relationships between the merchants created an energy and cooperation that would come into play as Reed’s vision started to take shape.

“Other businesses are so encouraging and supportive and they help catapult you to where you need to be in business,” he said.

Jamison and Lesley Price of The Creek Downtown have provided crucial support with planning and logistical support. Jeanne Musick of ReVision’s decorative touch and supply are fully integrated into the decor of the tasting room at the distillery.

“Mossback Distillery is not just about a business, but it’s about a movement and a group of people in the downtown area that want to revitalize the area,” he said.

Vintage pieces and beautifully stained wood frames luxurious seating that gets bathed in sunlight that bounces off a wall of whiskey barrels that sets the space apart. The bar is offset, but present and it feels like stepping back in time to walk through the room to order a drink. There is nothing like it for miles around.

Reed hopes that the space will be a place where friendships become familiar and comfortable as people gather to share drinks and stories in a real space instead of through the clacks of keyboards or swipes of thumbs.

The liquor business environment is dominated in pop culture by cigar smoking men waxing poetic about aromas and “bro-splaining” any subject at hand, but Jeremy and April have been conscientious about including women in the decision making process and many of the distillery’s employees are women.

Two of the first employees brought on board were Amy and Jessica Jeffers who oversee the myriad of complex compliance issues involved in running an alcohol-related business. Reed has worked with both for years and his trust in them was evident as he described how much they bring to the business.

“We’re gonna help Jeremy with running compliance and we’ve had our hands in some projects around here,” Amy said. “When Jeremy said he was going to start a distillery in the area, we thought that was amazing because this area needs something like that here.”

“We’re not just hanging out in the ‘boy’s club’” added Amy. “We’re a part of it and it’s very exciting.”

Designers, the house photographer, the tasting house manager and all of the mixologists at Mossback are all women.

“I think it’s neat to feel like you’re not treated any differently,” Madison Reed, tasting house manager, said. “My mixologists are going to be women, and they do a fantastic job. To see what everyone brings is going to be really neat.”

Reed didn’t necessarily take gender into account when he was hiring, rather, he knew who he thought would be the best people for the jobs.

“They’re good people. Why wouldn’t I want them at the table?”

Do storms like the one that hit Kentucky and four other states make you more concerned about the effects of climate change?