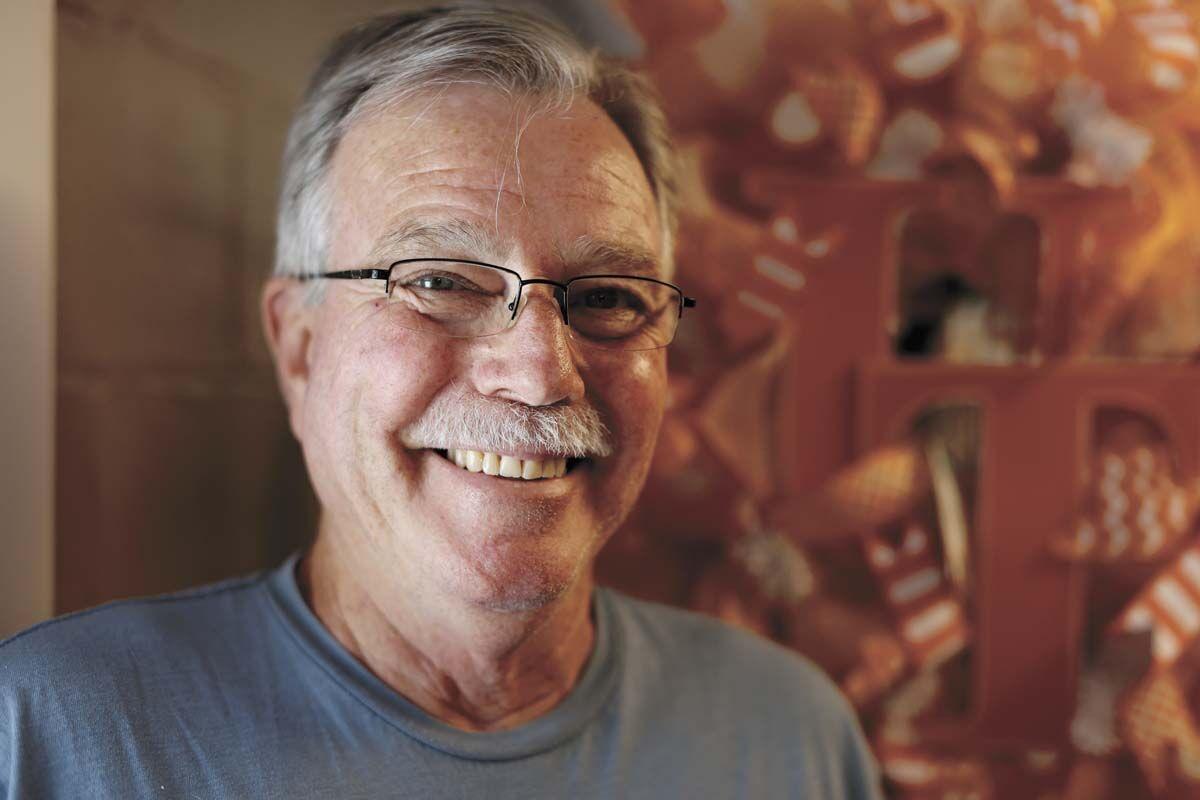 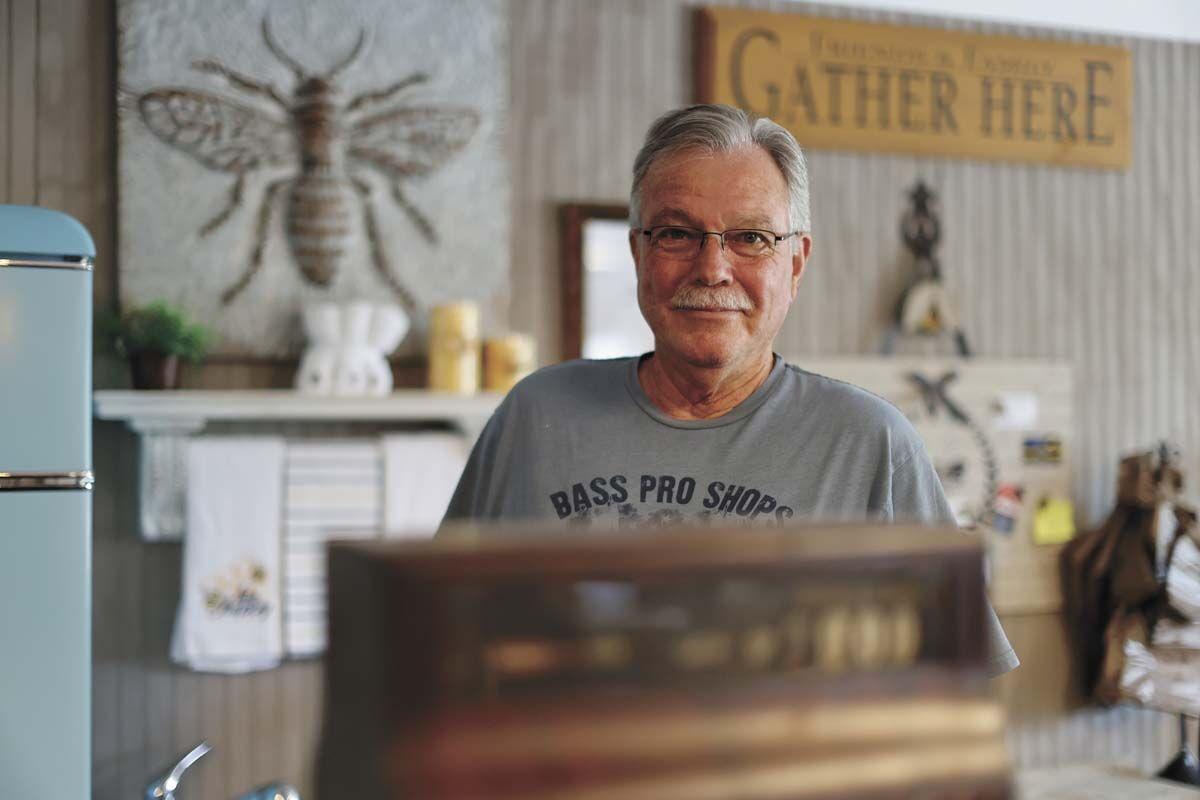 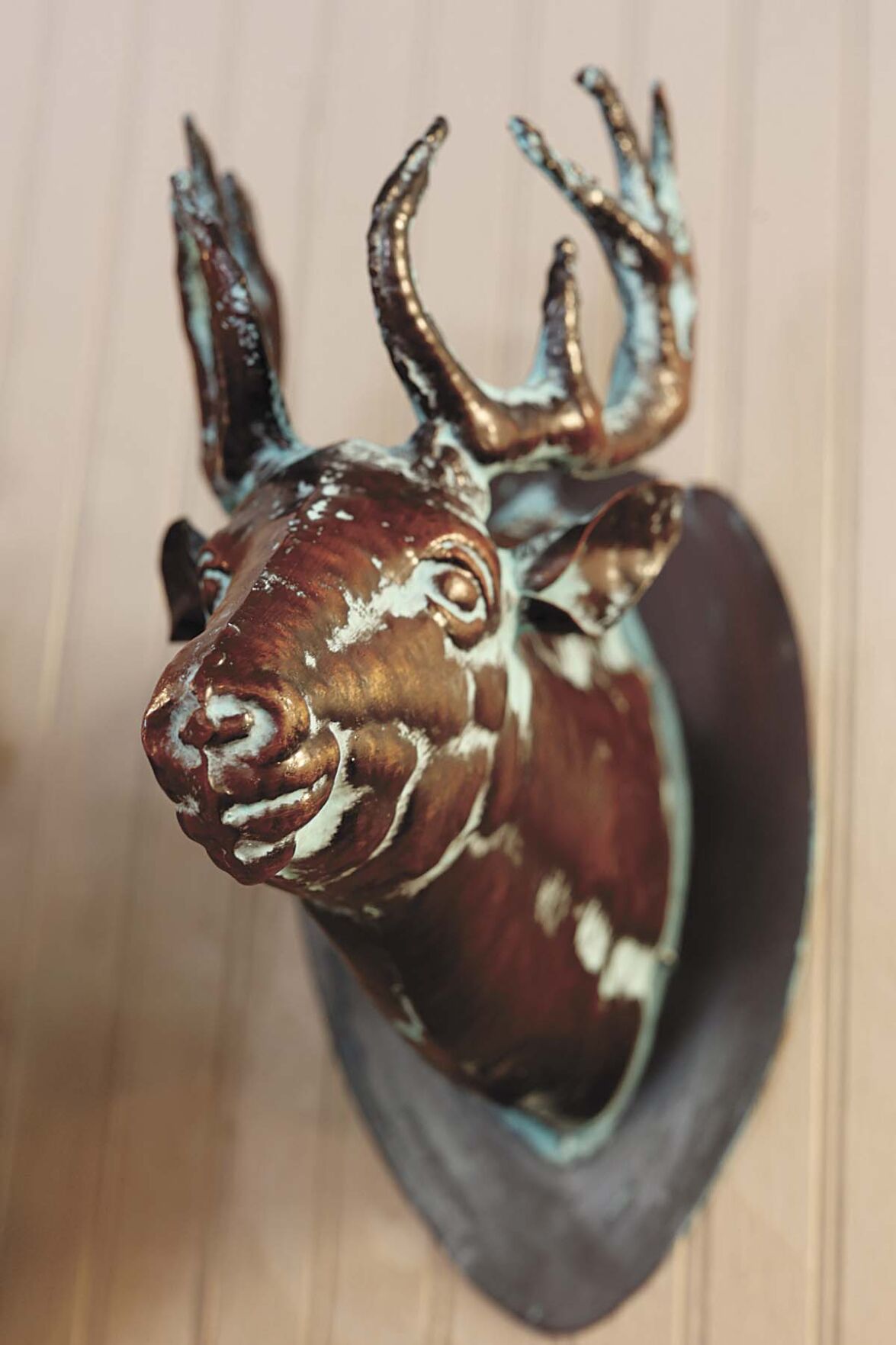 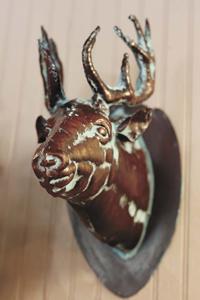 The Burlap Bumblebee has history for sale.

Sam Mitchell started selling antiques and collectables at the Old Time Variety Mall in downtown Morristown. Sam and his wife, Rachel, considered the pursuit a hobby.

With all their children grown and out of the house, the Mitchells sold their larger house and downsized to a comfy home on Noe’s Chapel Road.

Just down the road, Sam noticed a rundown building near Noe’s Chapel UMC. A purple, dilapidated building just sitting there with no obvious use, the structure piqued Sam’s interest.

“This building was just a neighborhood eyesore,” Sam said. “There hadn’t been anything in here in years. The water hadn’t been on, the electricity hadn’t been on, the windows and door were broken… so we discussed trying to buy the building. If we didn’t do anything else we could store some of our stuff there.”

It turns out that Sam and Rachel had sold their larger home to their daughter, and she had graciously allowed them to store some of their belongings there while they transitioned to a smaller space.

“Everybody would tell me the guy who owned the property wouldn’t sell,” Sam said. “I had to figure out who he was first, so I called a friend of mine who happened to know the gentleman.”

Sam drove over the man’s property, who happened to be an elderly farmer. The farmer had an old hay wagon on the property and the two of them sat down on the edge of the wagon and talked about the property.

“You aren’t buying the building just to make money, are you?” Sam recalled the farmer asking.

Sam reassured the man, who had been farming the area for decades, that as long as he lived in the house down the road, he’d never sell the building.

“When I left, I owned the building,” Sam said.

The process began to get the building into “fighting shape.”

Sam and Rachel had a new roof put on the building to stop the leaks. Windows and doors were replaced to push out the elements.

There was a terrible mildew smell from years someone storing odds and ends in the damp environment.

The bathroom floor had deteriorated to the point of having a hole that goes straight through to the basement.

The Mitchells’ son volunteered to paint the exterior with some friends, and at long last the purple veneer was gone and the building looked like it was on the path to recovery.

With the roof and the exterior being rehabbed, it was time to move to the inside and begin the process inside.

Sam framed up some two-by-four on three of the four walls of the main room, leaving just one cinder block wall exposed. All four walls were then painted a calming neutral tone that allows for the good that now live in the room to shine.

These new walls allowed Sam to have new wiring installed.

“The breaker box over there looked just like an octopus, I kid you not,” he said. “There were wires sticking out just for no reason, so at night when I’d leave I’d turn the main power off just so I wouldn’t wake up to a fire down the road.”

Sam’s friend Bill Parker of Parker’s flooring came in and really helped finish up the inside with plumbing and flooring.

The basement remains unrenovated, but, now that it is dry and clean, is now used for storage.

Neighbors have stopped by to thank the Mitchells for the improved façade and to remanence about days gone by when the old building housed a store that would serve biscuits and gravy.

“‘I don’t know that you’re going to get biscuits and gravy,’ I told them ‘but you’re more than welcome to drop in,’” Sam said.

The visits and the fact the Mitchells were already selling antiques downtown inspired Sam to use the building just a little more than for storage.

He talked with Rachel about opening up the storefront every once in a while and letting folks browse their selection of antiques, decorations and collectables.

Sam retired from General Electric and Rachel is a hair dresser at LaBoe Salon.

He said that he spends his free time driving around looking for things to place in his store and the booths downtown.

It’s clear that Sam loves the history behind his “finds.” Whether it’s from vintage glassware or a piece of furniture that he thinks spent time at the Pressmen’s home in Rogersville at one point in it life.

The Burlap Bumblebee is a family affair, with Rachel helping out as much as her job allows and Rachel’s sister supplying some crafts to sell, including intricate seasonal wreaths celebrating everything from the Vols to the changing of seasons.

Rachel is in charge of decoration and supplies an aesthetic sense that permeates the décor and DNA of the business.

She came up with the name for the Burlap Bumblebee.

Rachel always liked the word and visuals of bumblebees, but knew that it needed something extra to make it “pop.”

“I don’t just want to call it ‘the bumblebee,’” she said.

A couple of days of thought brought about the “Eureka!” moment. She saw a burlap curtain she was using to decorate the booths with, and the alliterative notion stuck.

Sam said Rachel has taken to the theme like a bee to honey and they have fun with the store.

There are bees decorating every quadrant of the store and Rachel has stylized more than just the interior.

“She has taken it to the next level,” Sam said, chuckling. “She’s got a necklace that’s a bumblebee. She’s got earrings that are bumblebees. She takes this seriously.”

The Mitchells have open the store on the third weekend of every month.