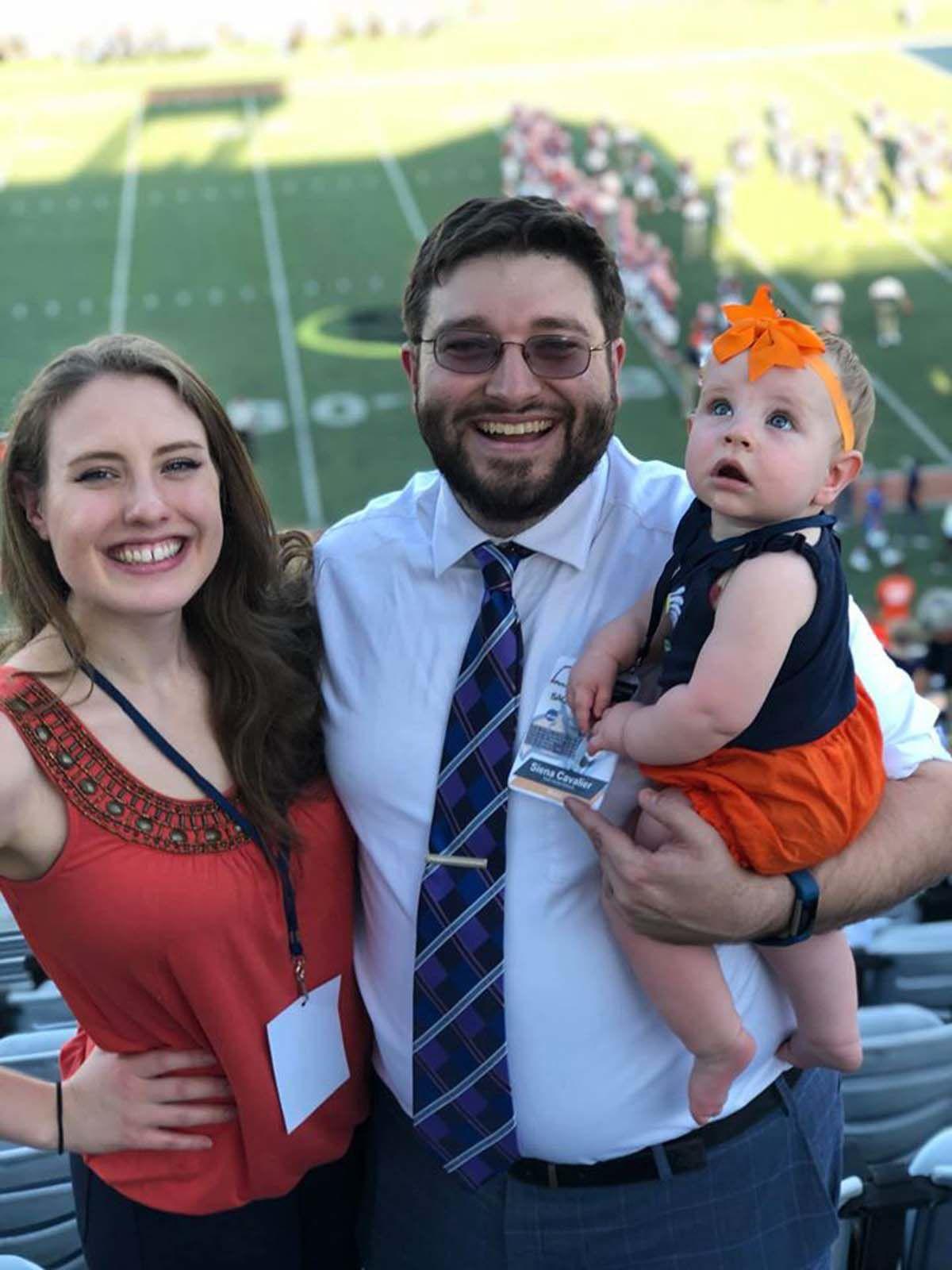 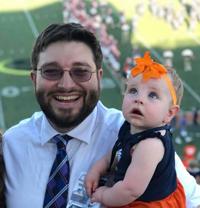 Cavalier with his daughter Siena and wife Leannda 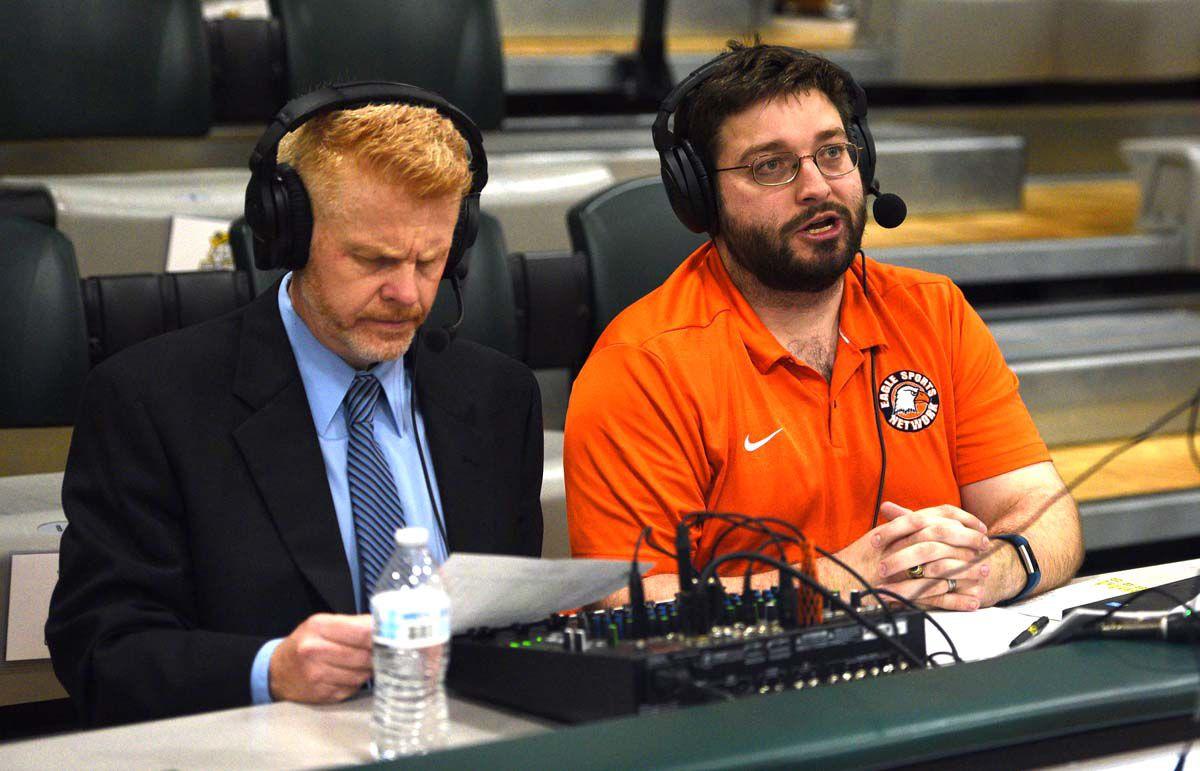 Adam Cavalier, left, on the call during a Carson-Newman sporting event 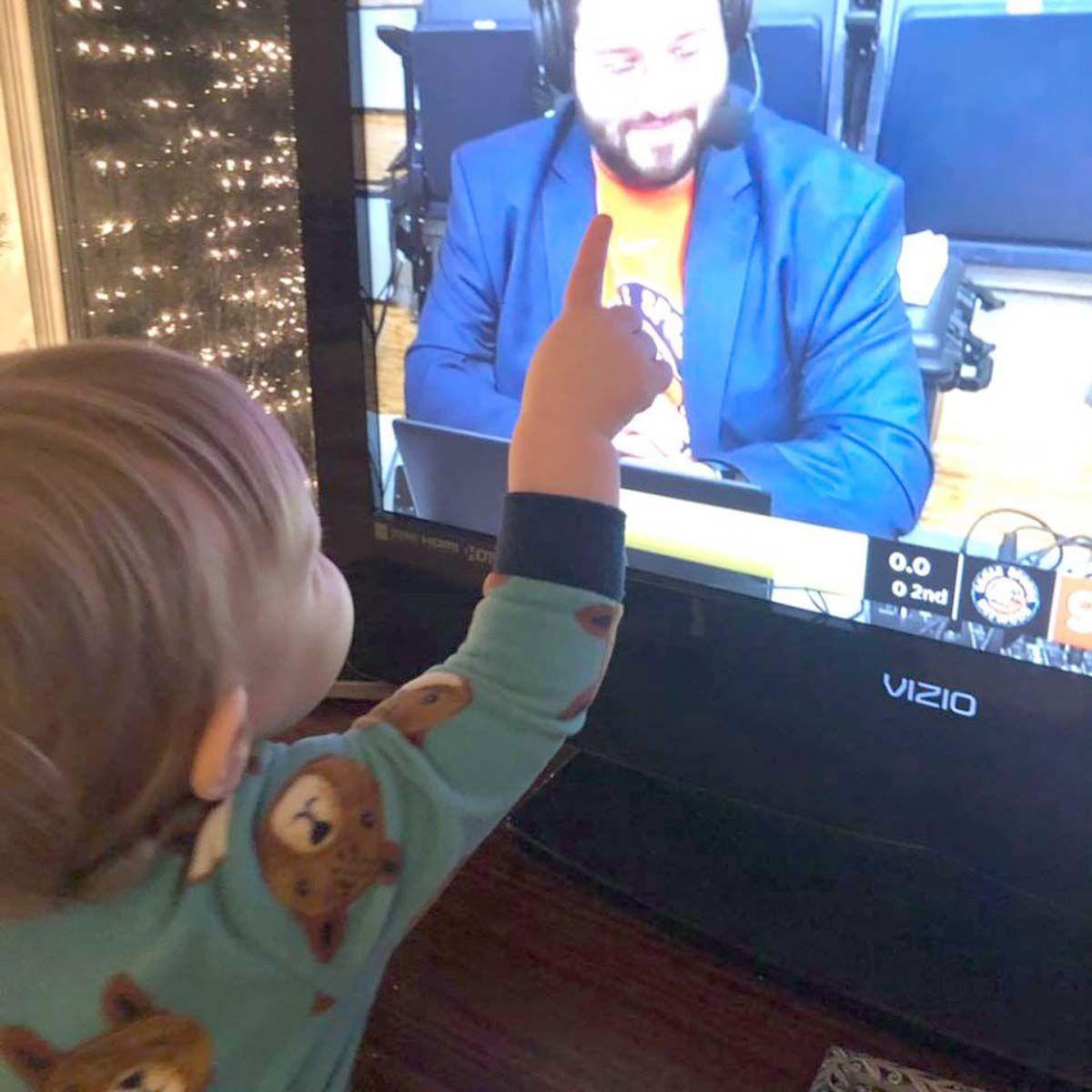 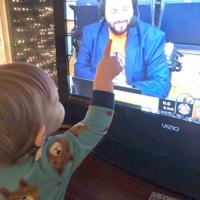 Sienna points to her father Adam while he’s on TV for a Carson-Newman sporting event. 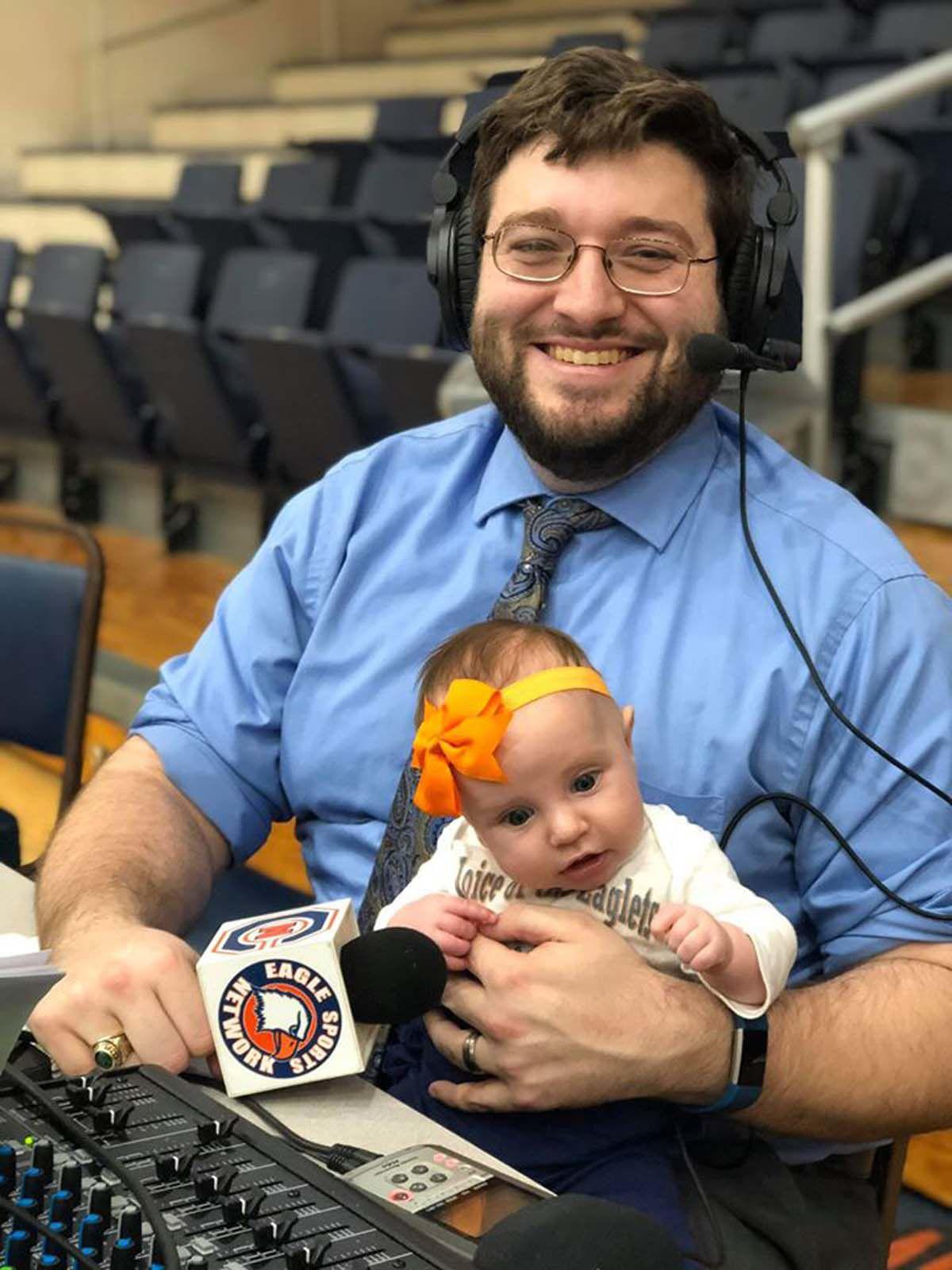 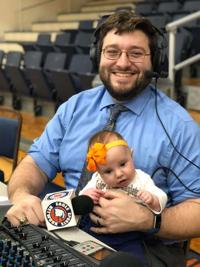 Cavalier with his daughter Siena and wife Leannda

Adam Cavalier, left, on the call during a Carson-Newman sporting event

Sienna points to her father Adam while he’s on TV for a Carson-Newman sporting event.

Sometimes it’s the little things that can get us through trying times. After nearly a decade of 60-plus hour work weeks as Director of Athletic Communications at Carson-Newman University, Adam Cavalier, along with the rest of his staff, found himself homebound, as the school and state shut down as the nation grapples with the global COVID-19 pandemic.

But for Cavalier, the time on lockdown came with a blessing; a chance to spend more time with daughter Siena, who just turned one back in November.

“I’ve gotten actual time to watch my daughter grow,” Cavalier said. “It’s time that I’ll forever be thankful and appreciative that I got. When they said, ‘you must work from home,’ I was like, ‘you got it.’”

The 33-year old first time father had to adapt to his new life as so many have, still working, but from home. It’s a transition in which Siena is a big fan. So much so that when Cavalier did have to work in the office to prepare for Carson-Newman’s annual Frosty Awards, she let her mother Leannda, who serves as ESN’s sideline reporter in the fall, know that his absence was unacceptable.

“I’m usually off to work by the time she wakes up,” Cavalier said. “She doesn’t normally get to see me in the morning. For the better part of a month I was always there when she would wake up. …That first day that I wasn’t there when she first woke up, Leannda said she was just freaking out. With both warms and breaks your heart simultaneously.”

Cavalier is set to enjoy his second official Father’s Day as a member of the paternal club, but it will be a subdued celebration his year. Not just because of somber world events, but the lack of his and Leannda’s families in attendance. Before the coronavirus came to our shores, the Cavaliers had planned a combined Mother’s and Father’s Day celebration with his side of the family. Now, nothing like that is possible.

Luckily, technology can help ease the isolation and help grandchildren and grandparents stay in touch and continue to forge lasting relationships.

“They (Cavalier’s parents) are going through a withdrawal a little bit,” Cavalier said. “I’m very thankful that we have the technology that we have. It’s been three months now since they’ve last seen her. It’s the longest they’ve gone without seeing her. …She’s getting to the age where she’s starting to request it (Facetiming grandparents). Last night she literally climbed into my lap. I had my phone in my hand and she pointed at it and said, ‘Amma. Amma,’ which is what she calls my mom. So that meant whatever we were planning on, we’re going to Facetime mom and dad now.”

Siena’s health and wellbeing are never far from his mind along with Leannda’s, who has asthma. He must still venture out into the world and takes all the precautions he can when doing so.

“That’s why you wear the mask and gloves,” Cavalier said. “All that stuff. We follow the guidelines to the letter. It’s not just her. …You’re facing your own mortality a little bit. I definitely want to have the same experience with her that my parents are having with me right now. Whatever we need to do to make sure that happens, we’re going to do.”

The opportunity to work from home may wrap up soon for Cavalier, who serves as the “Voice of the Eagles” for C-N football, men’s basketball and softball. If the COVID-19 epidemic subsides and the NCAA feels that sports, in some form, can go on in the fall, it’ll be back to work, to the office and to missed mornings with Siena. While Cavalier is looking forward to getting back behind the mic, he’s relishing his time home with his young family. Siena will only be this small once and he’s making the most of it.

“I’m definitely getting the itch to call a football game, but I’m in no hurry for that to sneak up on us just yet,” Cavalier said. “I’m trying to stop and smell the flowers and enjoy fatherhood.”