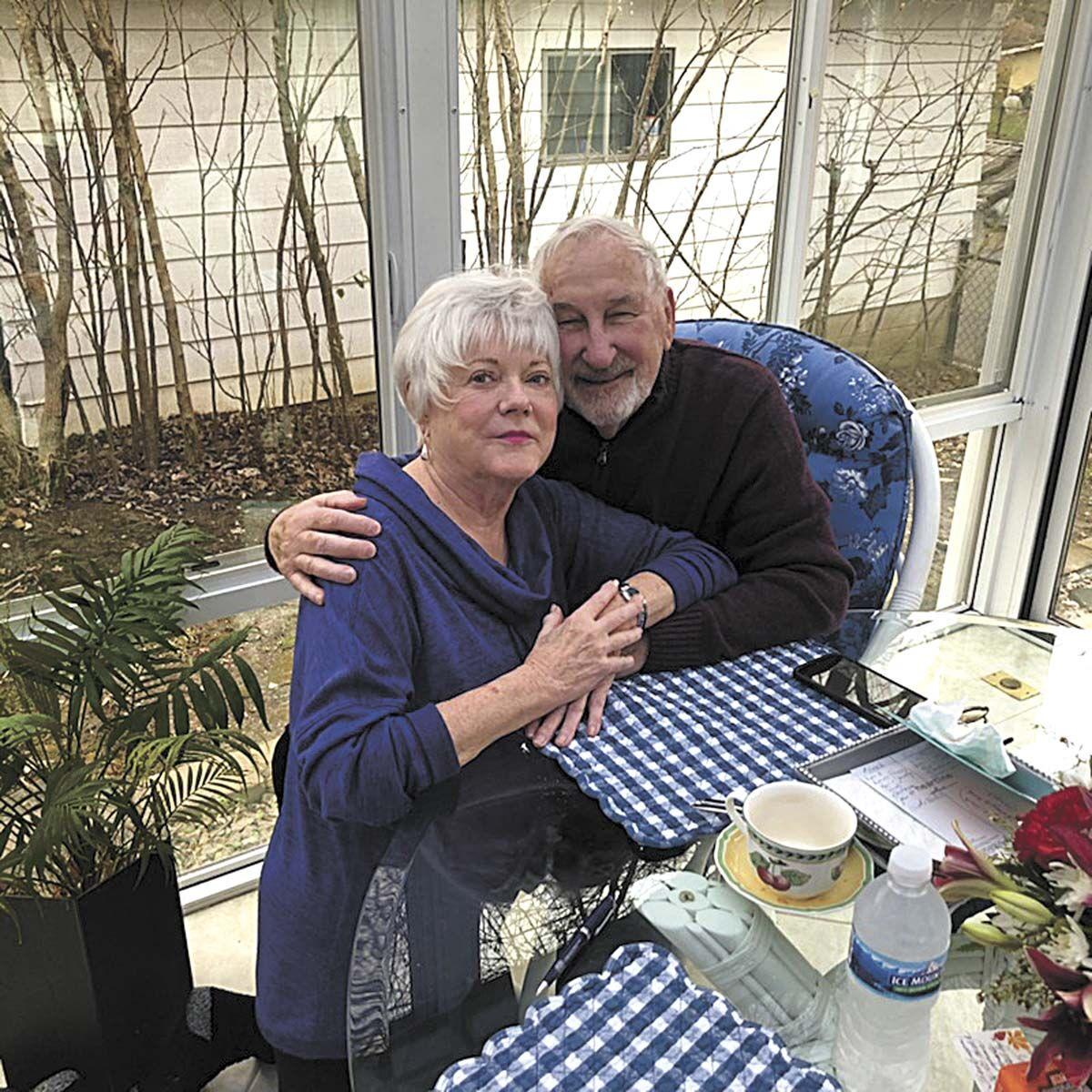 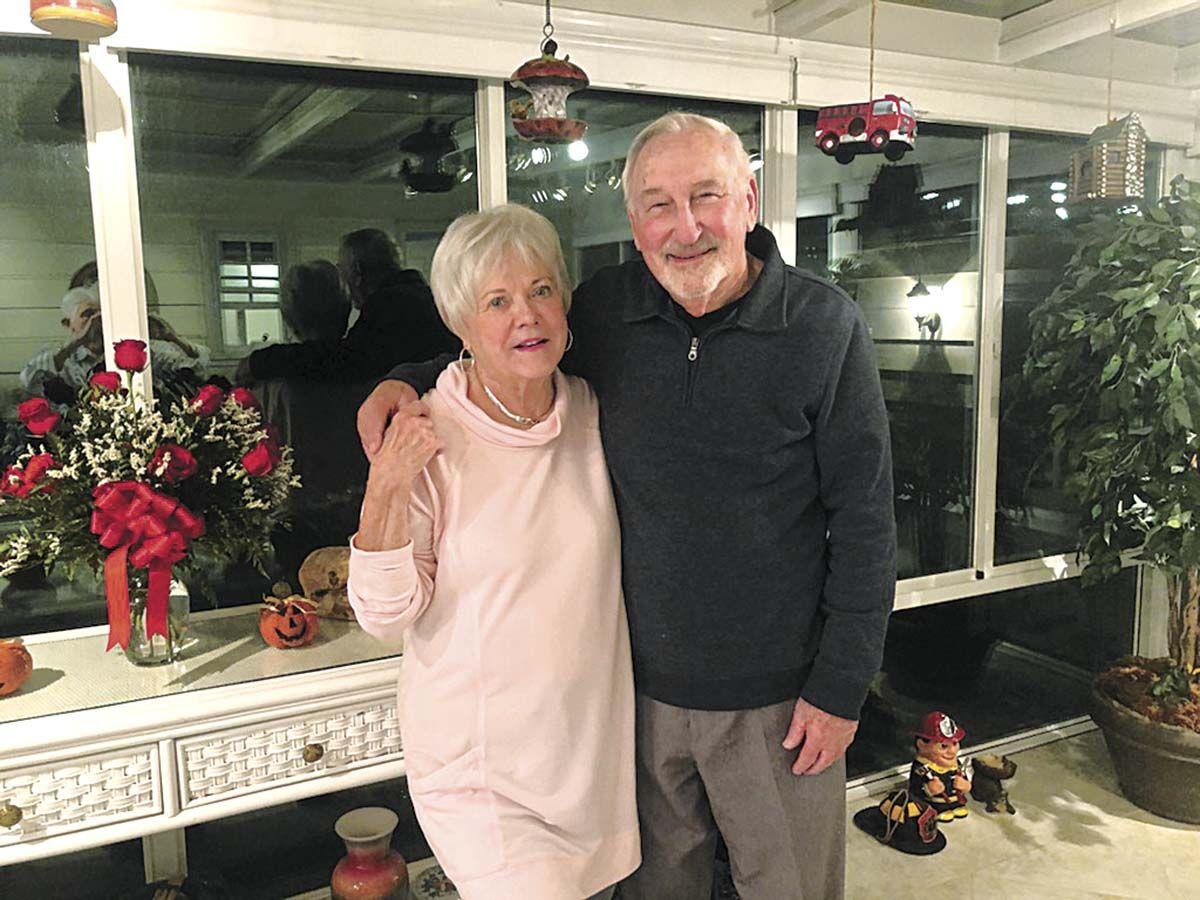 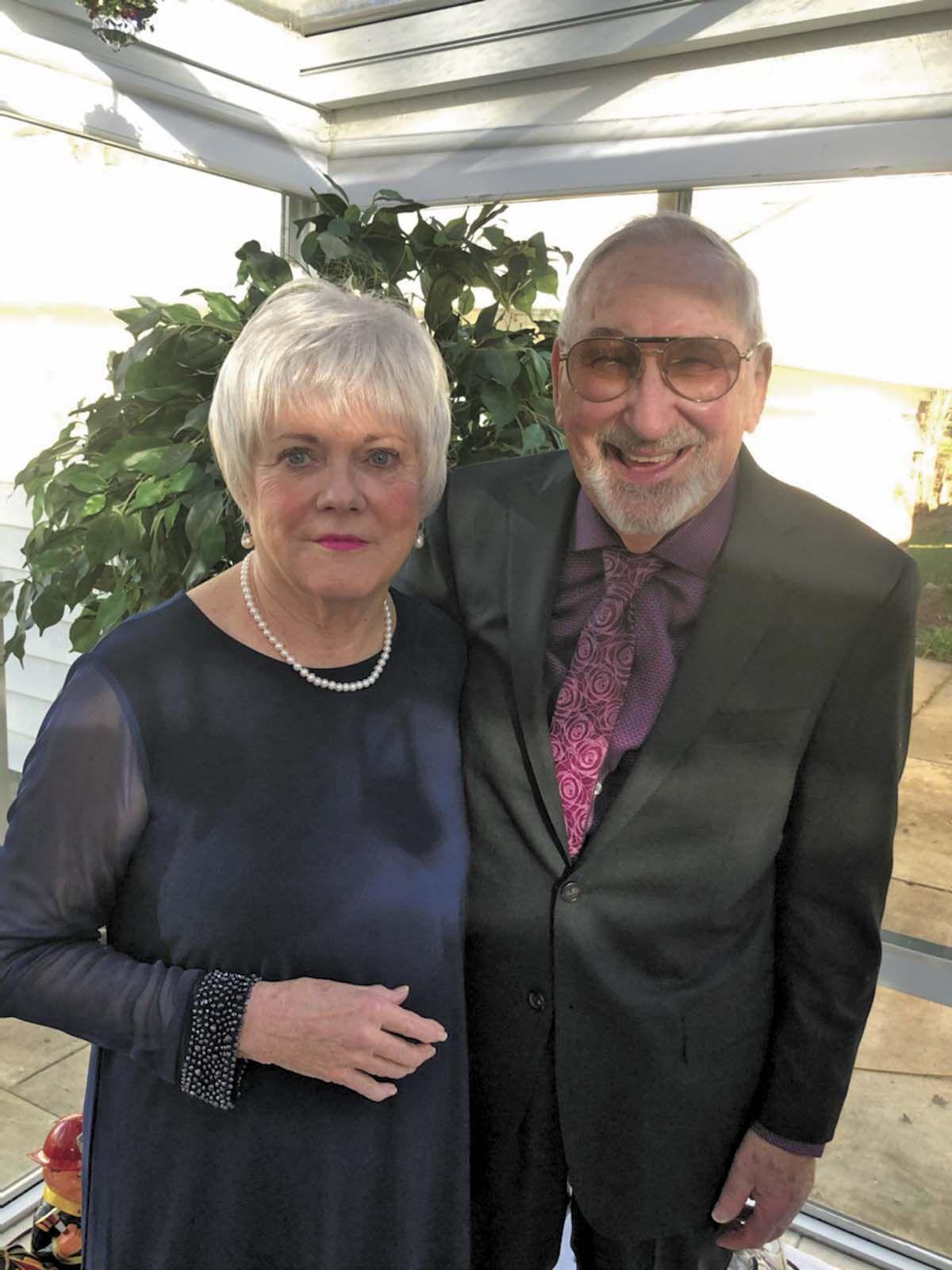 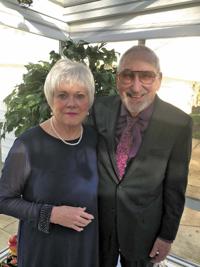 In 1958, two graduates of tiny Danville High School, west of Indianapolis, walked out into the world and into the ephemeral mists of time, space and circumstance.

It was 62 years before Don and Peggy, seniors in the Danville Class of ’58, saw each other again.

But when they did, they were already in love.

After graduation in ’58, Peggy and Don scattered to the winds. Peggy fell in love, moved to North Carolina then California where she divorced, remarried and eventually found herself in Arizona caring for a husband eight years her senior and in failing health.

Don tried college at the General Motors Institute for a couple of years before going to work for General Motors and Chevrolet. Married in 1966 Don and his wife lived in eight states before they made their way to Tennessee, working for Dell Computer and settling in Morristown in 2004 where he retired a year later.

Like Peggy, Don suffered a tragic loss and was widowed in June of 2019.

While it was the shared pain that brought them back together, it was the internet meeting site Zoom that allowed them to fall in love.

Don reached out to his old classmate when he heard her husband had died. They hadn’t spoken in 62 years, but a recent widower himself, he felt he could offer some support.

Peggy was grateful for the friendship and conversation. About a month after Don first reached out, the two had their first phone conversation on a Sunday after church. At the end of the call, Don asked if it would be all right if he called the following week.

But it was clear from the start this was not to be a romantic endeavor. In fact, Don noted, the two hadn’t dated in high school. They were each going with other people.

“She very, very emphatically said we will be friends and that’s all,” Don said.

Peggy put it another way. She told Don and anybody who would listen that she would not marry again, would not move in with a man again and certainly would not … do some other things again.

And so it went for four months, two old friends – two members of a graduating class of 59 people – reconnecting after decades had passed.

“We started as a friendship,” Peggy said, “with all my little rules and regulations for about four months.”

Then something changed. Peggy introduced Zoom to the friendship.

The idea, Peggy said, was to help Don get back into the dating world. She figured with COVID-19’s protocols putting a crimp in the bachelor’s style, a face-to-face tele call would be just thing to help break the ice.

“I said, ‘You know, you should try Zooming. If you want to start dating, you can see who you’re dating,’” she said. “I set home up and the invited and we started Zooming that day. We Zoomed every day for two or three hours for two months.”

“I never did Zoom with anybody else but you,” Don said, shooting a glance to Peggy as he delivered what is possibly the most 2020 pickup line ever.

For Peggy, already charmed by the long conversations with an old friend, seeing Don’s face over the internet proved to be the ice melter.

“It is a Zoom love story,” she said. “The Zoom did me in... I had an Elvis Presley song playing and I looked at Don and I saw his sweet smile and I melted. It was ‘I’m so lonesome, I could cry.’ I was in that house alone during this COVID and I was so lonesome.

“I was looking at him and his sincere eyes and sweet smile and I said. ‘I think I’m falling in love with you.’”

Don was already there.

“I had only talked to her for two and a half months and I told her I wanted to marry her,” he said. “She probably thought I was a crazy kook. ... I can’t explain the feelings but it’s just wonderful. I kept saying this was an LDL relationship, long distance love. Some things happen in life that are unexplainable. We were meant for each other. We laugh all the time, laughter in a relationship is critical.

“She’s come up with some things that split my sides.”

“I come up with a lot of stuff,” Peggy agreed.

So they carried on like teenagers, Gen Z teenagers at that, having long Zoom conversations and becoming reacquainted with each other, though Peggy said, they still feel like they’re the same people they were 62 years ago.

“It’s just unexplainable the amount of love and the feelings that we have had, like we’re 15,” she said.

Peggy told Don she was coming back to Indiana to visit an old mutual friend – another former classmate. If he wanted to drive up and meet her, she’d come back to Tennessee with him and see how things go.

“When I told him I was coming to Indiana to see him, he got emotional because he was so surprised,” she said.

He arrived on time with a dozen roses.

“She came out of the house and met me in the driveway, I gave her a big hug and kissed her,” Don said.

“That was it for me,” Peggy said. “It was absolutely wonderful. I never thought at this age I would feel butterflies again.”

They came to Tennessee and, on Nov. 28, they were married in a small church ceremony with 10 people.

“We were going to get married next summer but we through why wait?” Peggy said, making Don laugh. “We’re 80 years old. We could get hit by a bus or something.”

Their friends and family have been thrilled. Don’s daughter and son-in-law have embraced the couple.

“They have brought me into the fold. I’m an only child. I have no family, they are my family now,” she said. “It’s just wonderful. I truly feel the love coming from them as well because they’re happy their dad’s happy.”

The plan is for the newlyweds to be snowbirds, spending the winter months in her Arizona home and the spring and summer months in the Tennessee mountains. Eventually, there will be a honeymoon, but for now they’re just exploring. He’s showing her the sights of East Tennessee and when they go West, she’ll show him the Arizona desert and the Grand Canyon.

“We have been honeymooning at his home, it’s beautiful with all the greenery,” she said. “I love Tennessee. We have our health and we are so fortunate and so grateful. I have never been so in love and I have never felt so loved and cared for as I do now.”