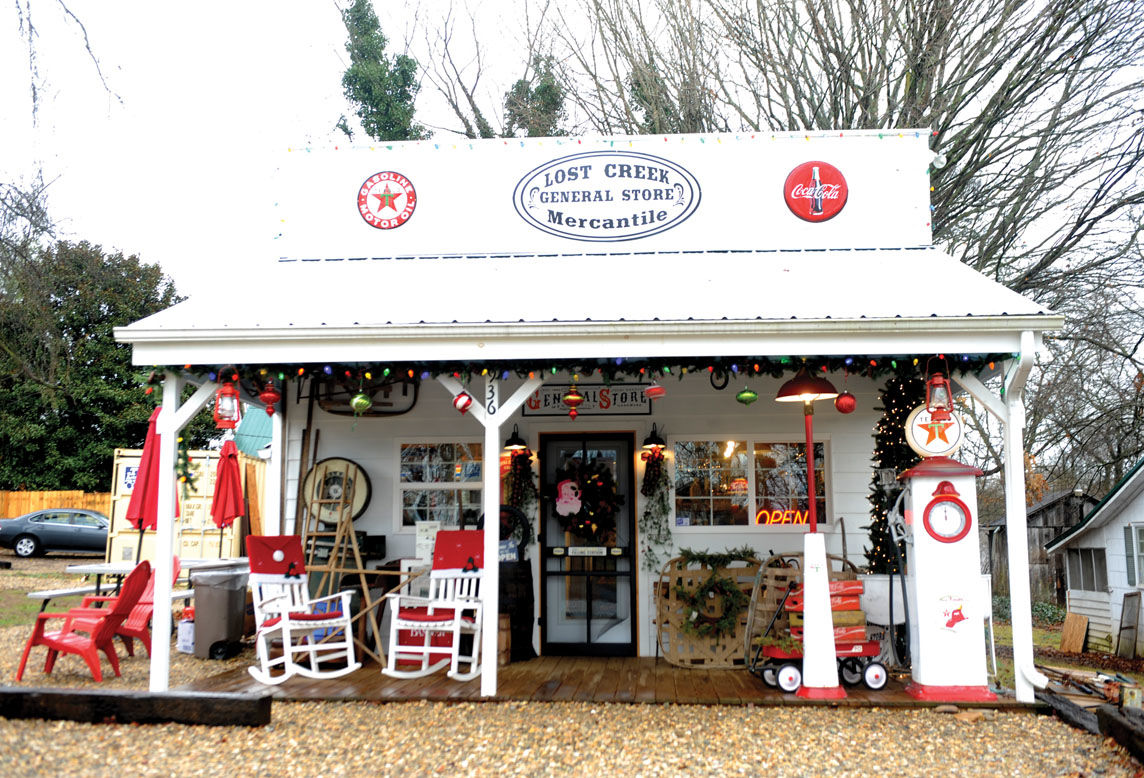 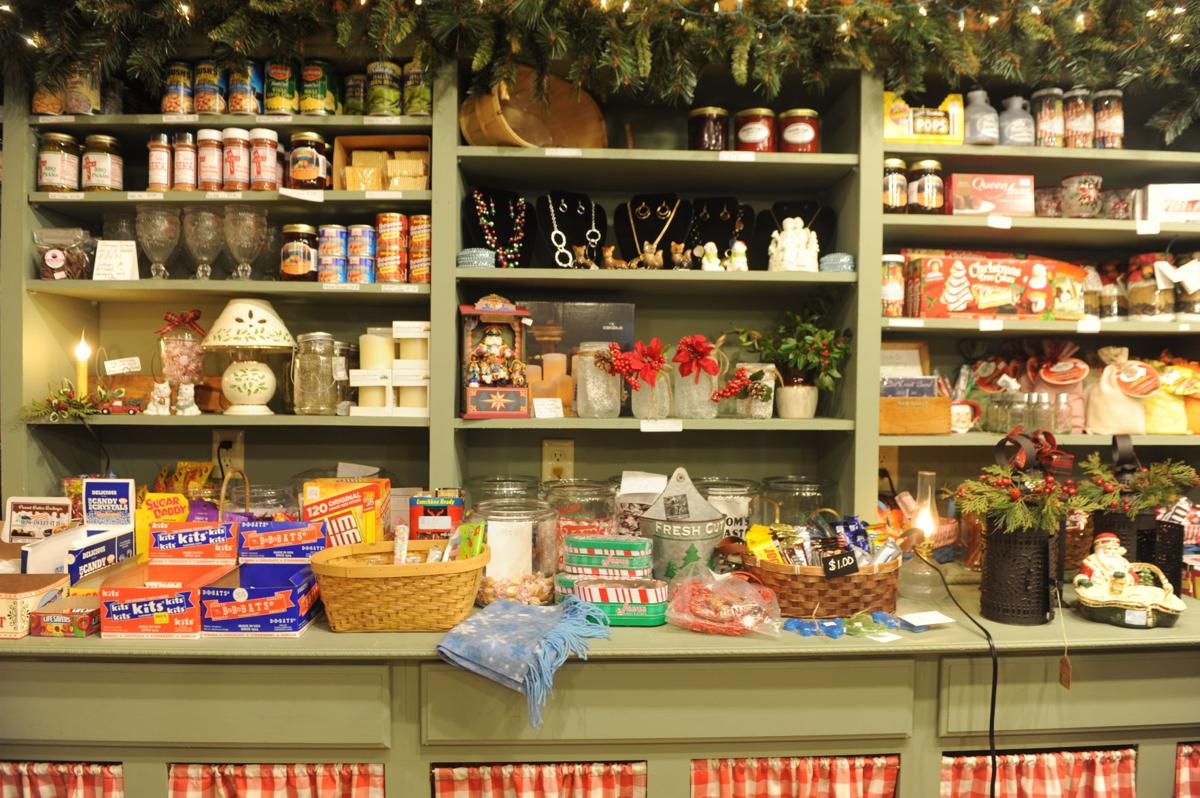 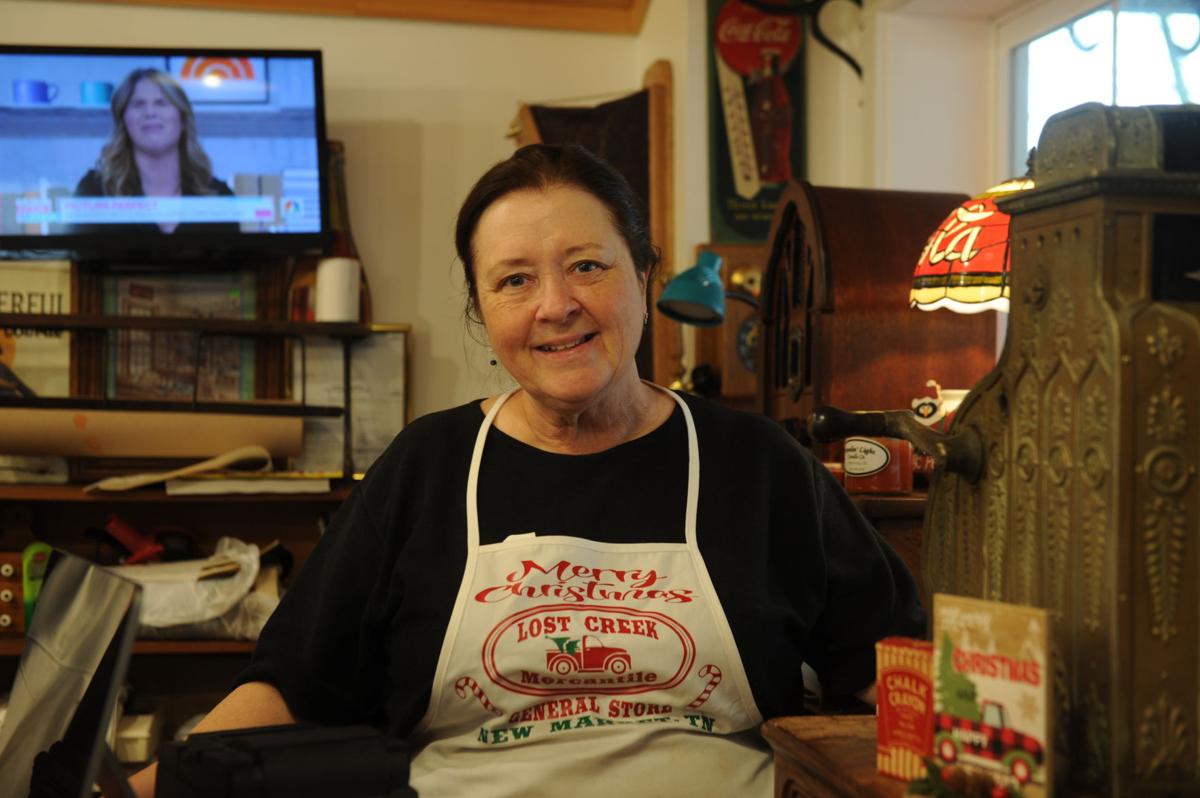 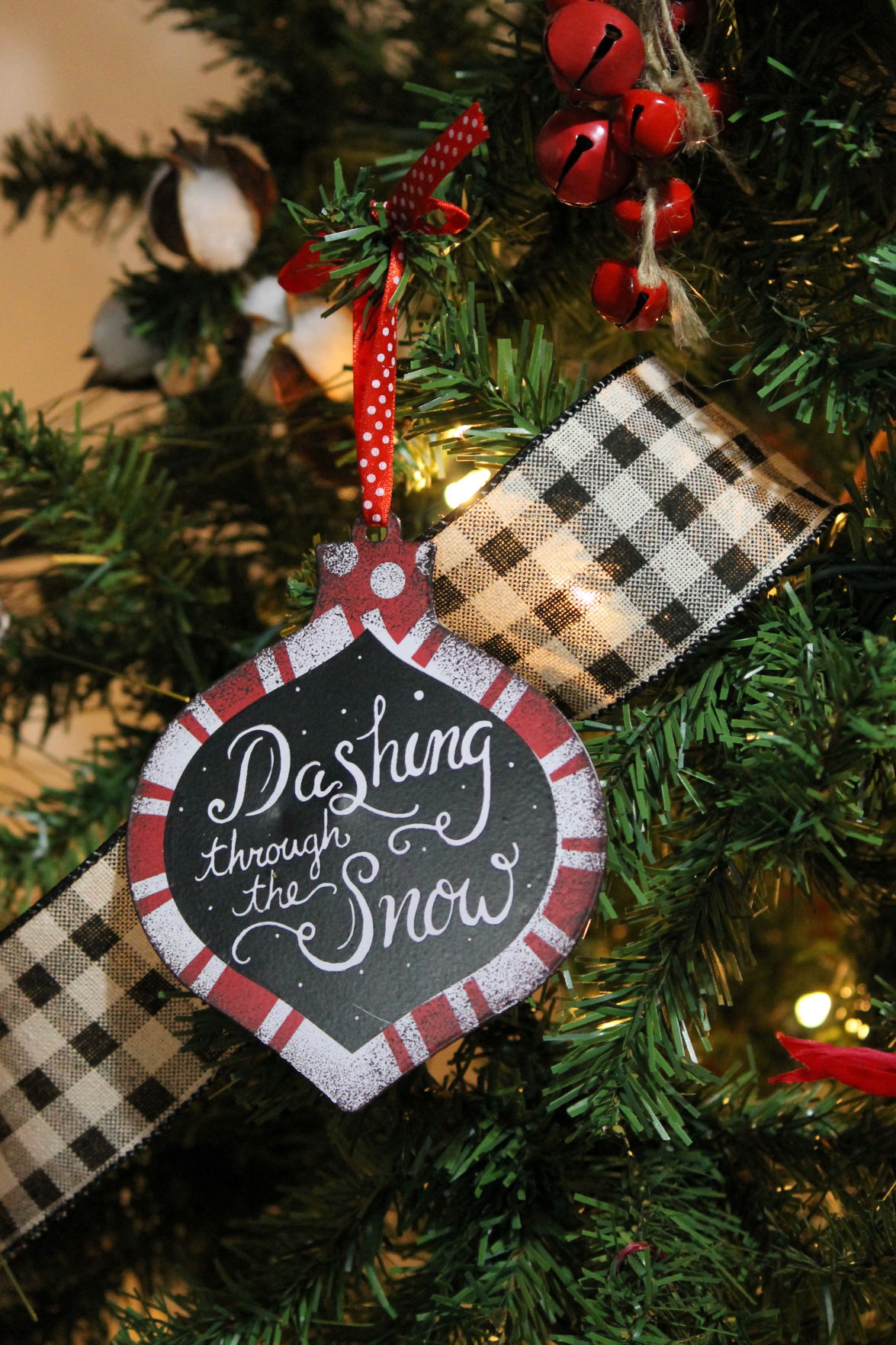 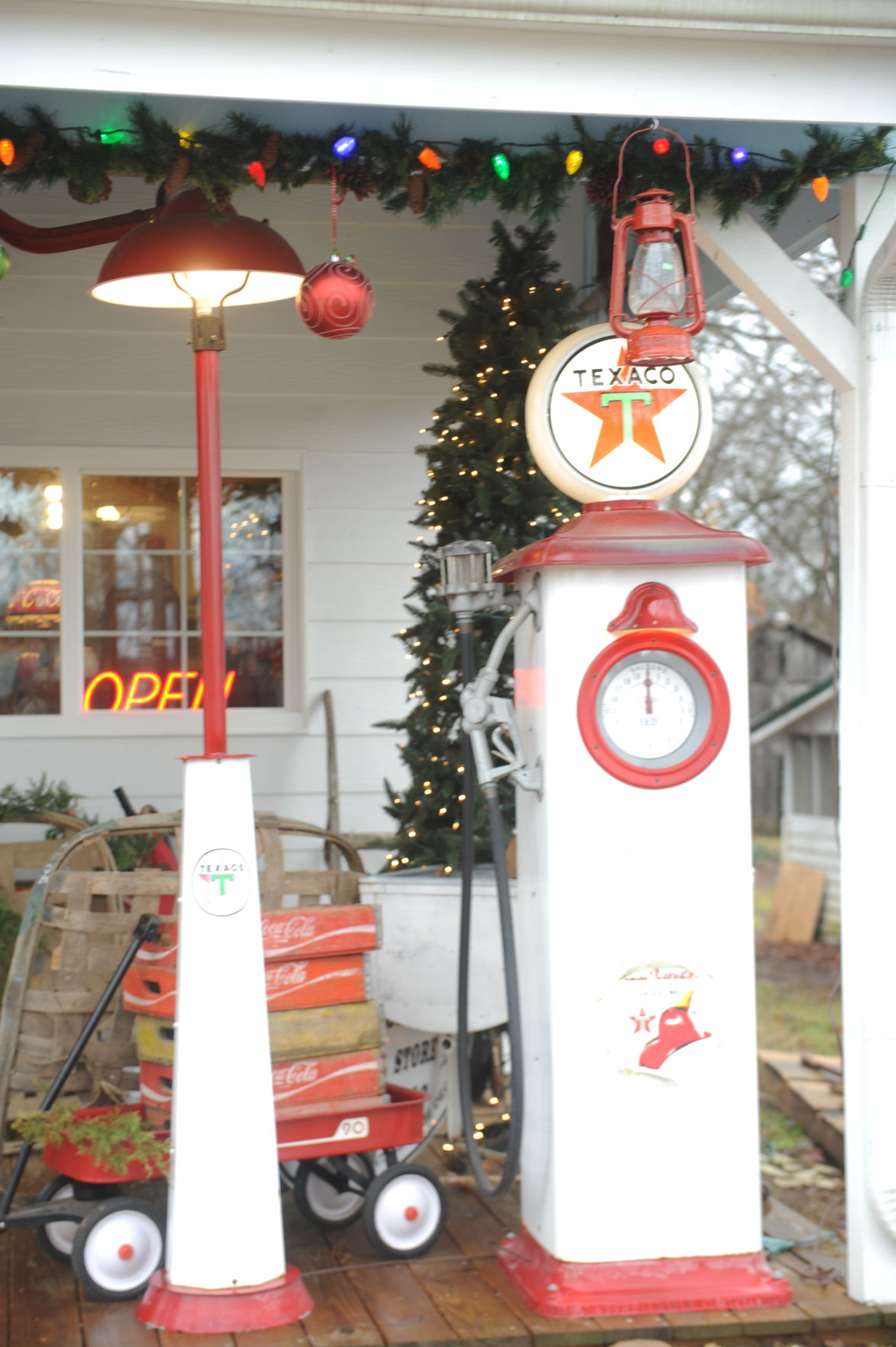 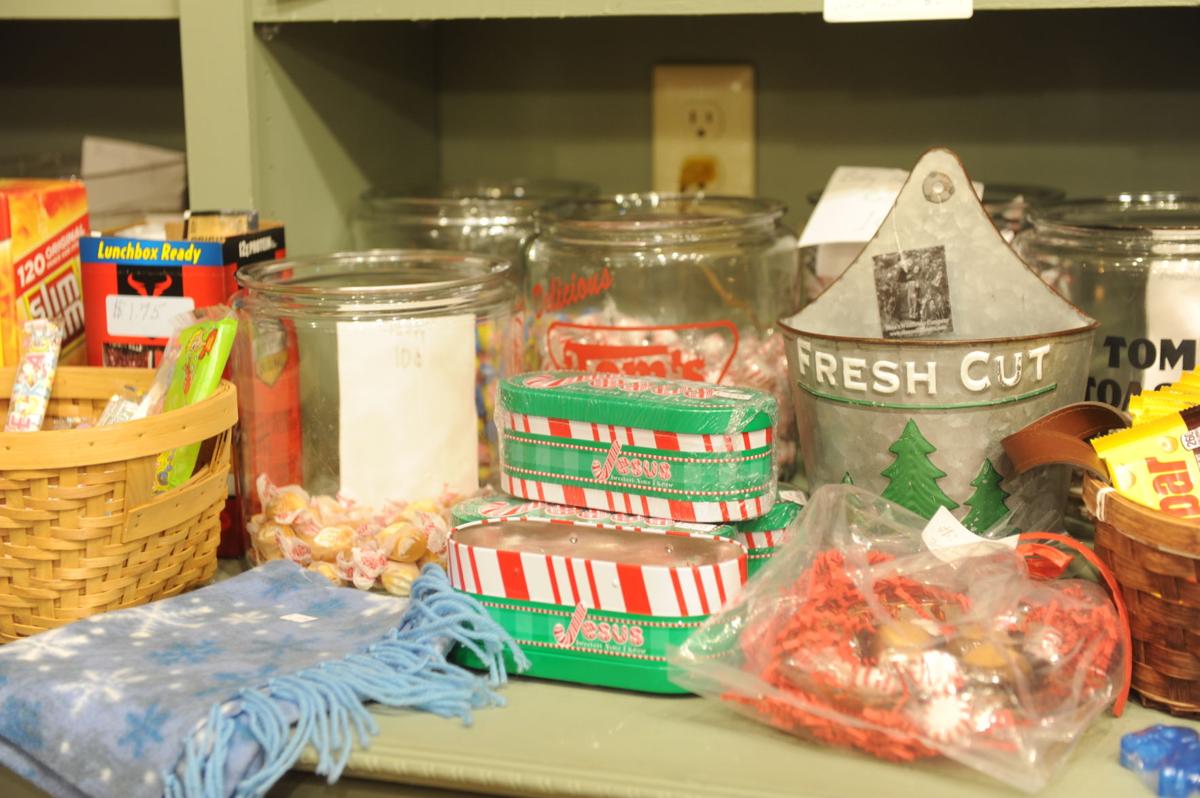 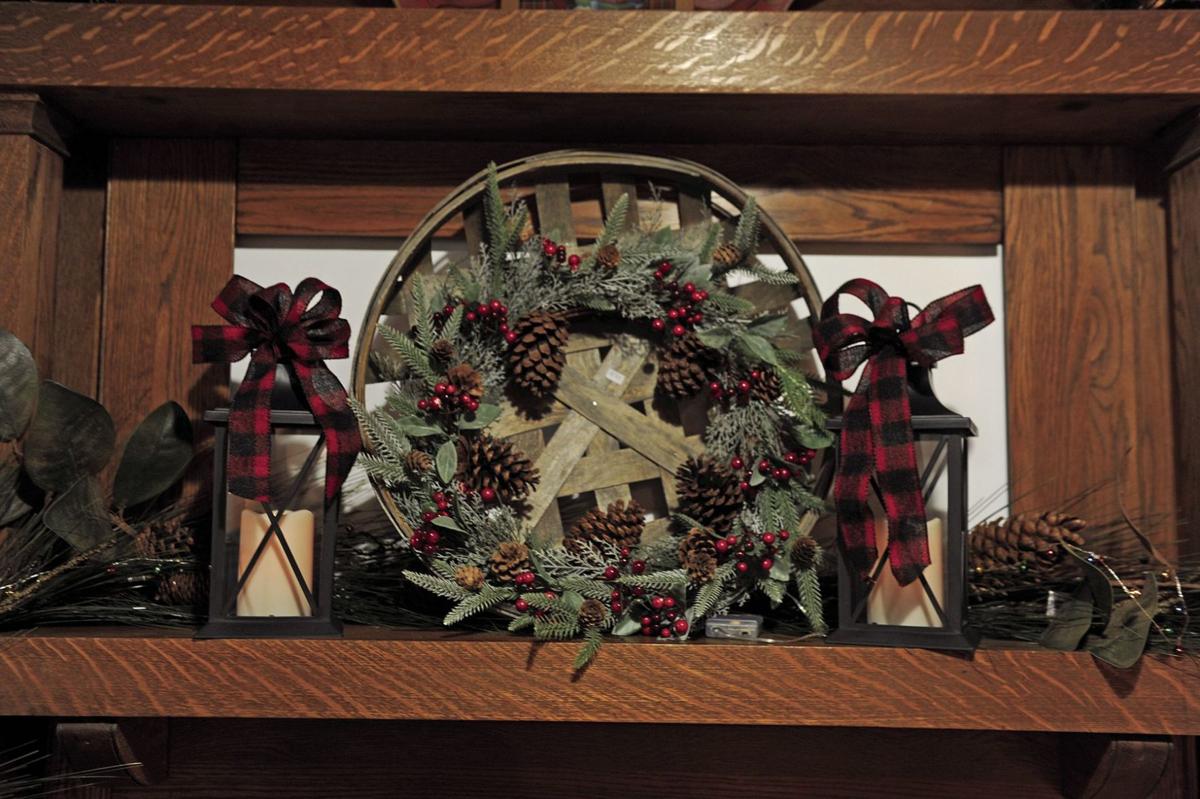 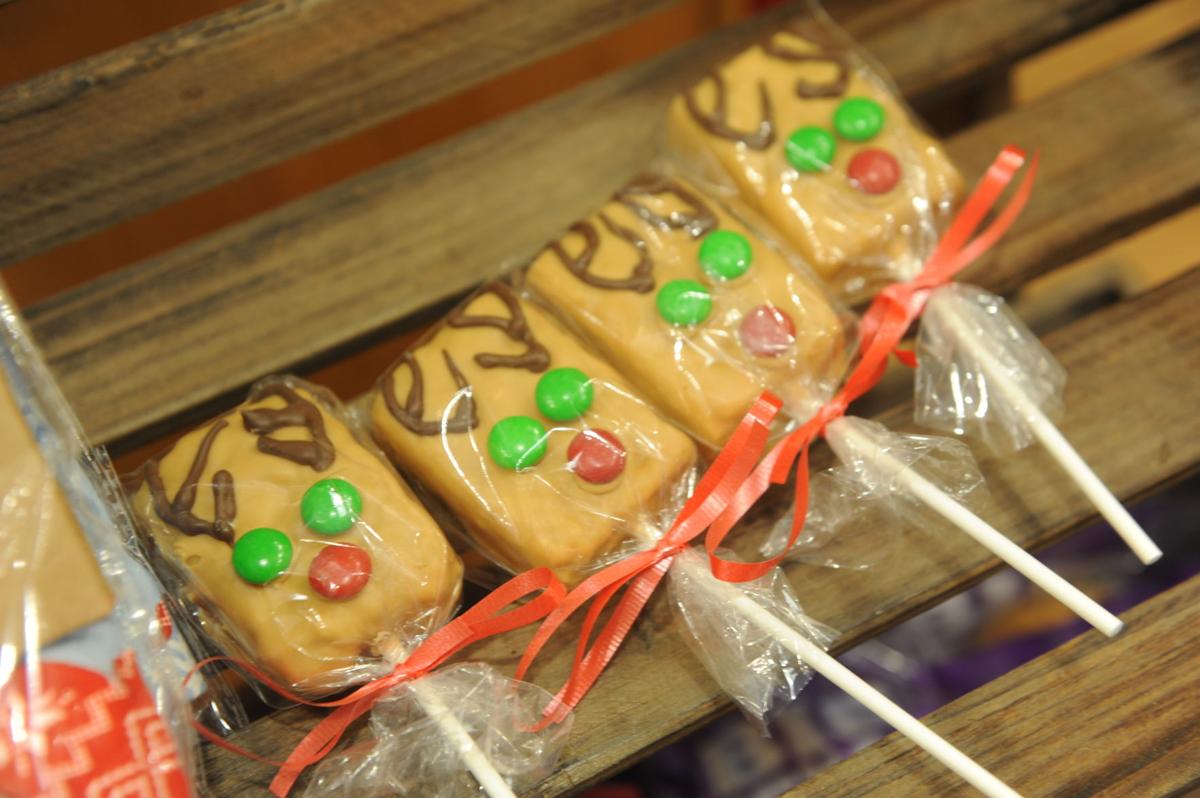 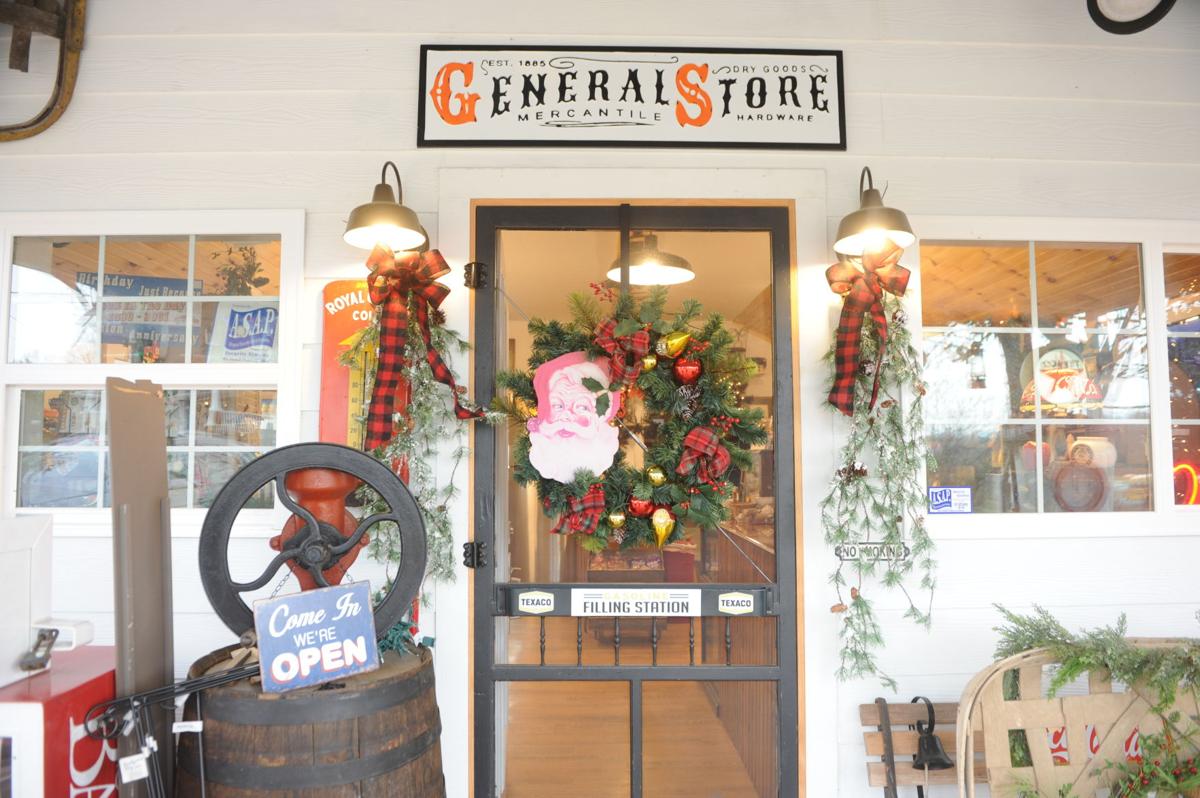 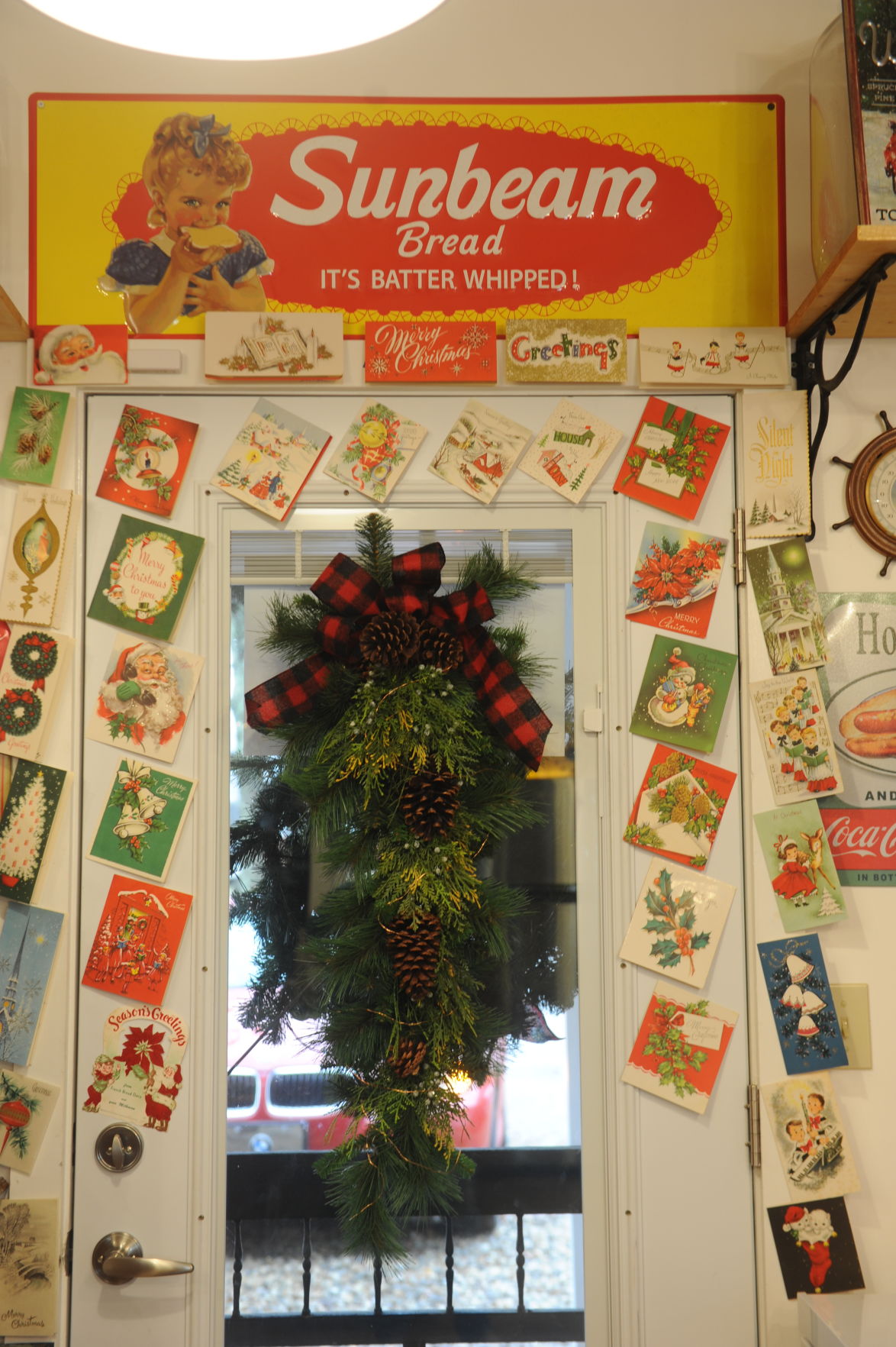 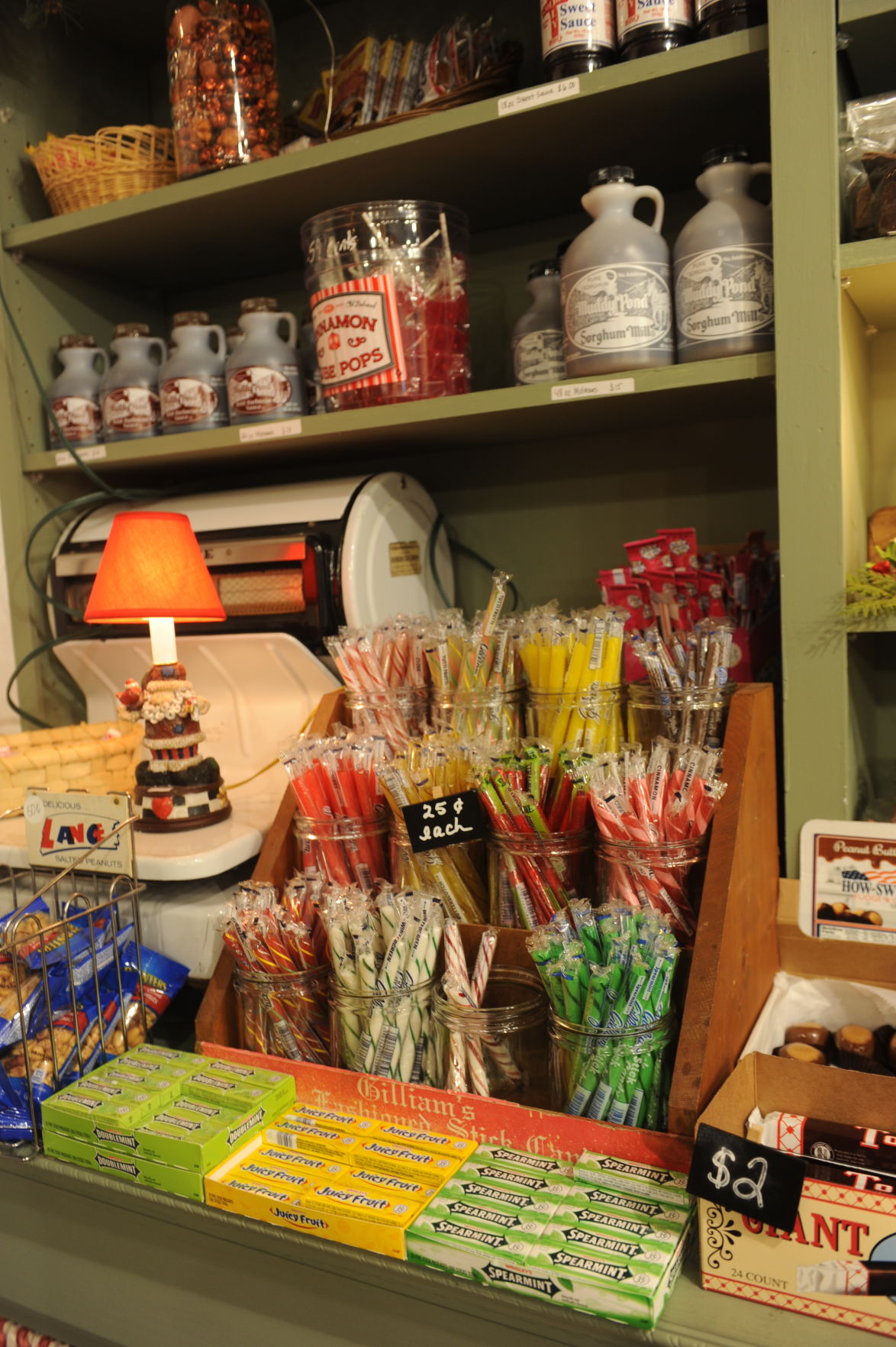 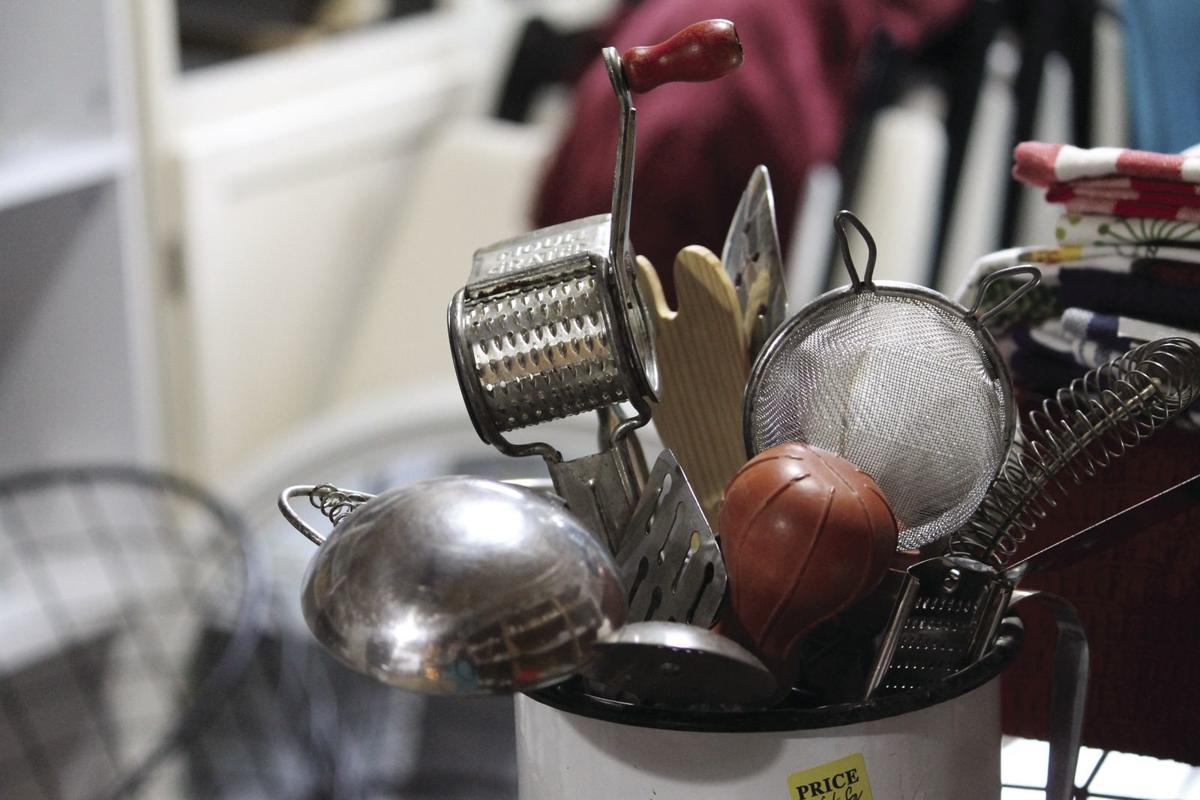 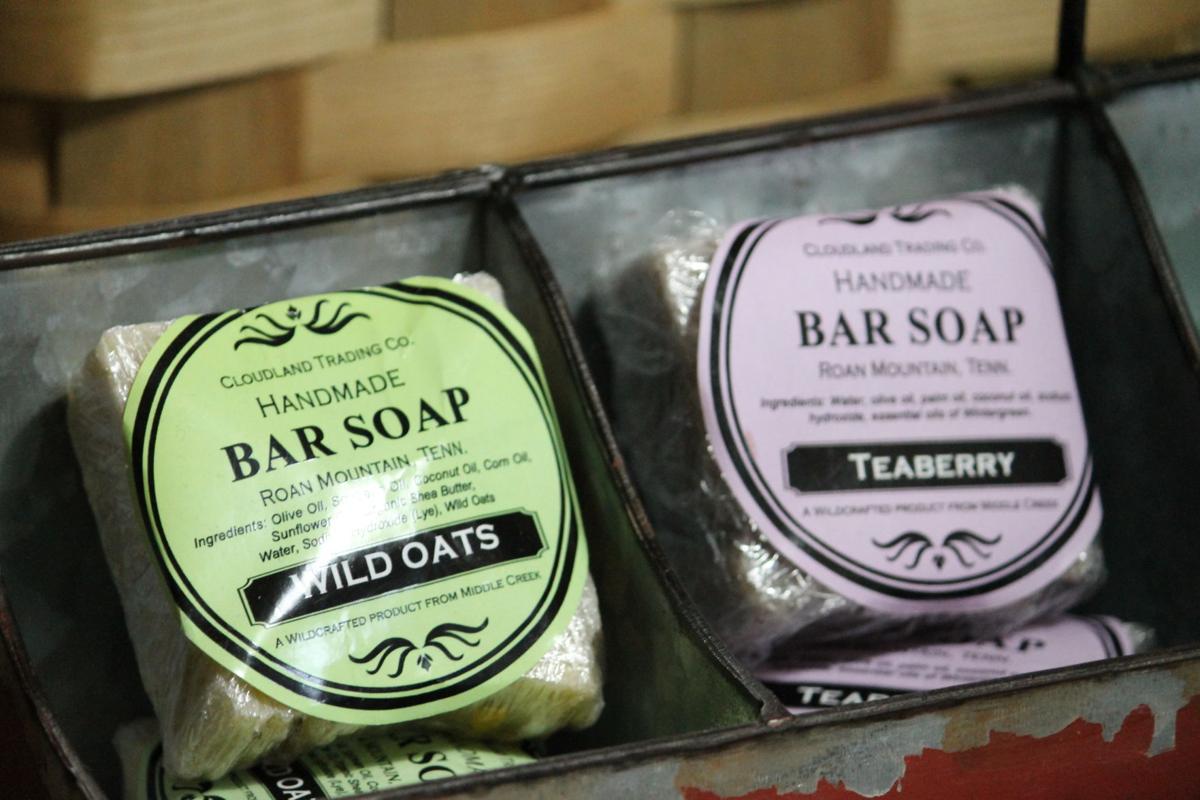 When one walks through the door of Lost Creek Mercantile on Minnis Street in New Market, his or her olfactory senses could be triggered by the smell of freshly baked biscuits, or cinnamon.

The mind could also run a photo reel of walking through a general store as part of childhood memories of a time predating big box grocery and department stores.

Those memories are precisely what Kim and David Stapleton want to bring to everyone who enters their store.

“That’s what we want to bring back,” said Kim Stapleton, who opened the store with her husband on Oct. 5. “Customers want to come here because it takes them back to their childhood. It brings back great memories.”

Lost Creek resides in a converted garage next to a house where New Market residents paid their utility bills back in the 1940s. In the mornings, it serves sausage biscuits, chicken biscuits and ham biscuits for customers on their way to work. Candies from the past and present, including a foot-long Tootsie Roll in a vintage wrapper are sold, along with glass bottles of Royal Crown, Coca-Cola, Pepsi Cola and Fanta in a cooler along the left side of the room.

At the rear of the building rests vintage cookware used in the 1950s and 60s, such as a whisk with a wooden handle, a meat grinder, a cheese grater and an injector made of glass. Midway through the building is a pair of doors from the 1930s leading to a storage room.

Behind the counter is a replica of an old train whistle and a fully-operational cash register used in the 1920s and 30s, but the Stapletons use more modern tools to register sales to local customers – and not so local ones.

“We’ve had people come to our store from Kentucky and other states,” Kim Stapleton said. “We wanted to build something the area can be proud of.”

In addition to antiques, Lost Creek proudly supports local farmers and vendors throughout the Lakeway Area by featuring their products inside the store. Candies and other confections are provided by the Chocolate Ladies from Alpha and Mama Shirley’s out of Jefferson City. Regular and chocolate milk from Stooksbury Dairy in Jefferson City are also sold there.

Grits and corn meal made by Shelton Farms in New Market, as well as fresh breads from Apple Valley Creamery and Bake Shop in Sevierville, are offered at Lost Creek. Homemade seasonings for cooking and grilling come from Holy Smoke BBQ in Dandridge, as well as candles from Travelin’ Light in Jefferson City.

Christmas cards from the 1950s were being posted on the walls of Lost Creek for the holidays. The cards were donated from the family of the late Mary Alice Miller, an old friend who taught at Jefferson High School and Jefferson County High School before retiring.

“We try to do as much local stuff as possible, and we try to be as much as an old-time general store,” Kim Stapleton said. “We probably have the most amount of things made by local people here in East Tennessee.”

The Stapletons originally conceived of Lost Creek as a different kind of store from its current and final incarnation, but are pleased with what it has become – as well as a resurgence of the population patronizing local shops instead of the more corporate stores.

“It really didn’t begin as a general store,” David Stapleton said. “It began as a store to sell our old antiques – and it just blossomed from there.”

“We’re all into vintage. We started this store because of that,” Kim Stapleton said. “We’ve traveled out of state to these kind of stores, and we wanted to start one of our own.”

Lost Creek isn’t the only career venture the Stapletons are involved in. The couple also own a bed and breakfast across the street inside the Minnis House, an antebellum house that was renovated in the early 20th century. Kim Stapleton also works full-time as a judicial assistant for the state of Tennessee.

All of the ventures are designed to be ways to leave a legacy to future generations of their family.

“Our goal is to hand them over to our children and grandchildren. We know we’re not going to be here long,” David Stapleton said.