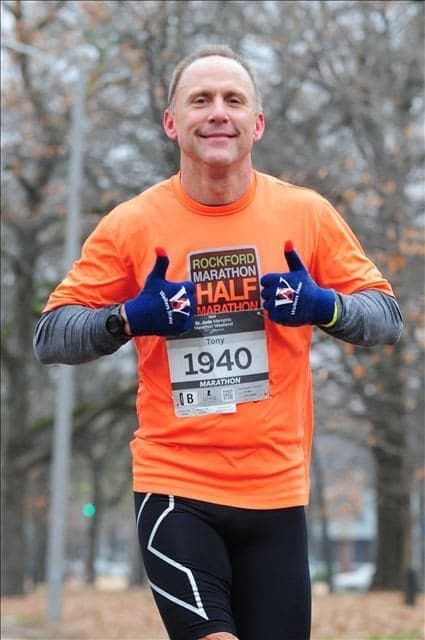 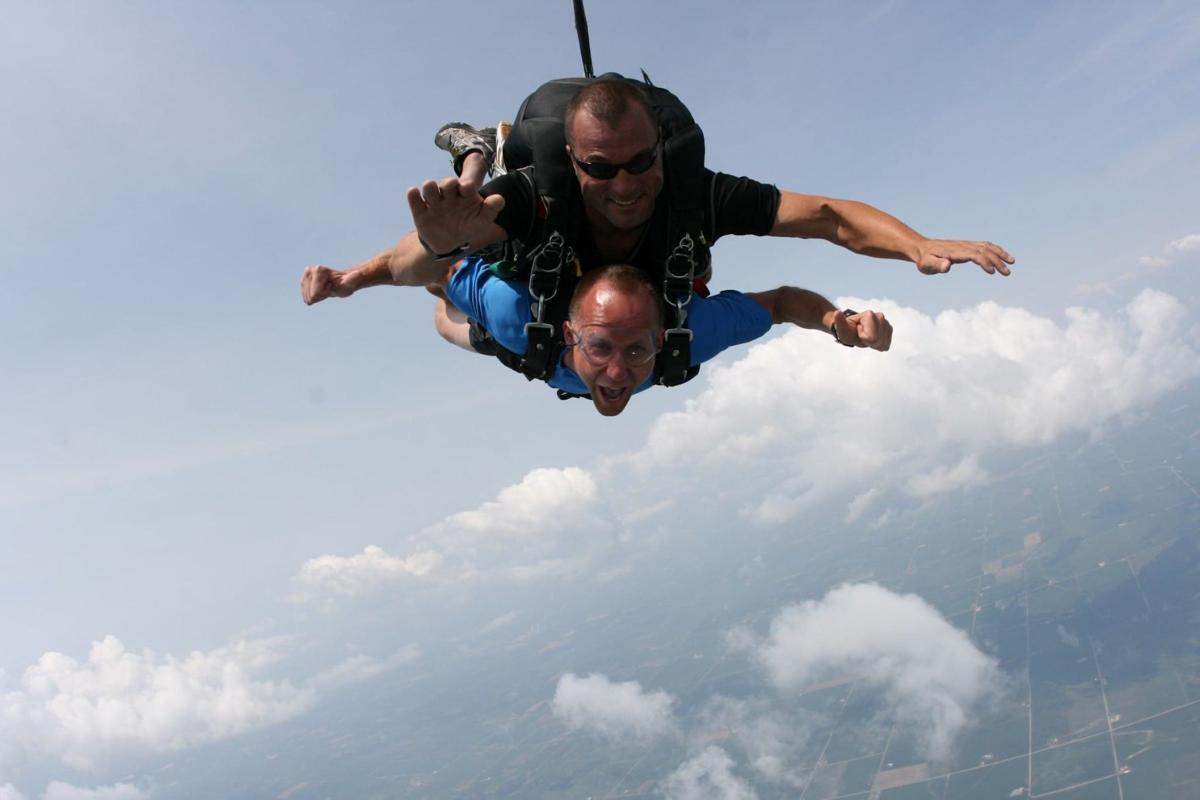 Miksa, the face of Walters State Community College, is an avid outdoorsman, who enjoys taking risks and living on the edge. 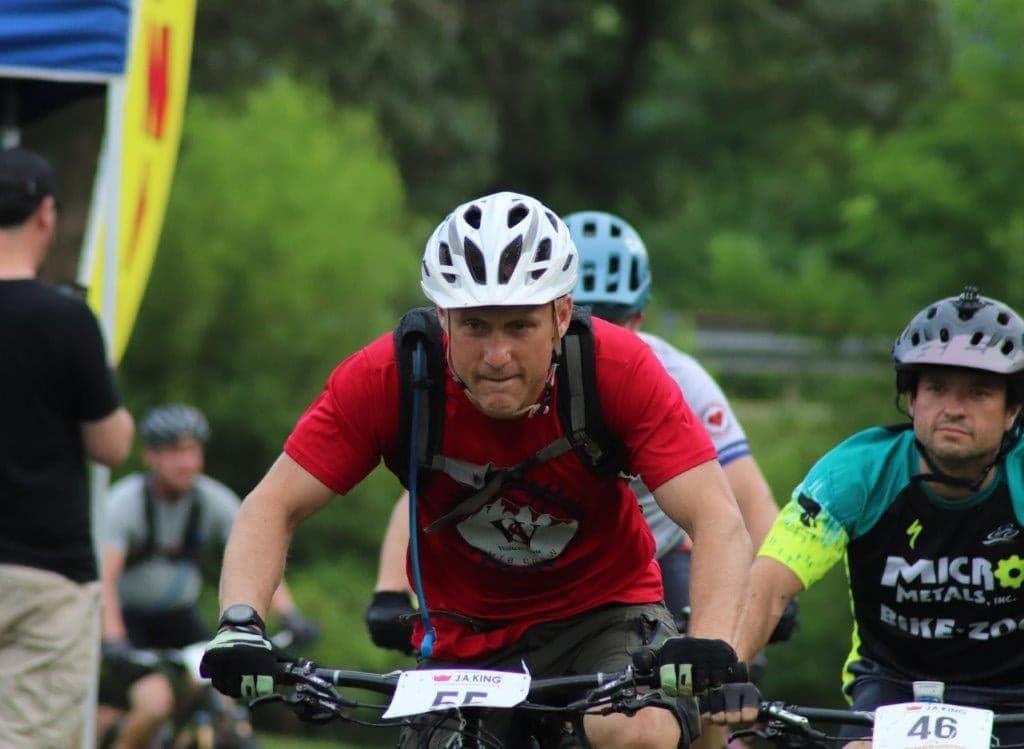 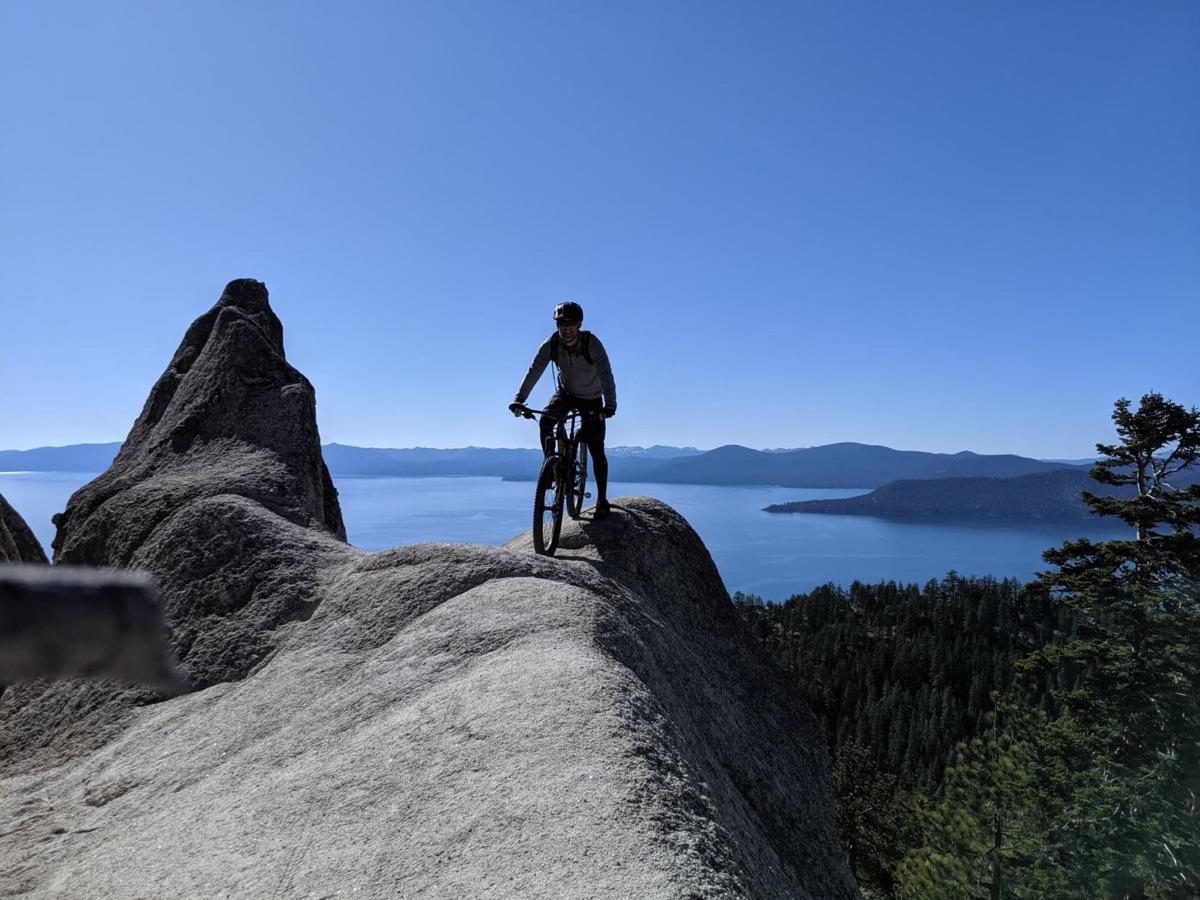 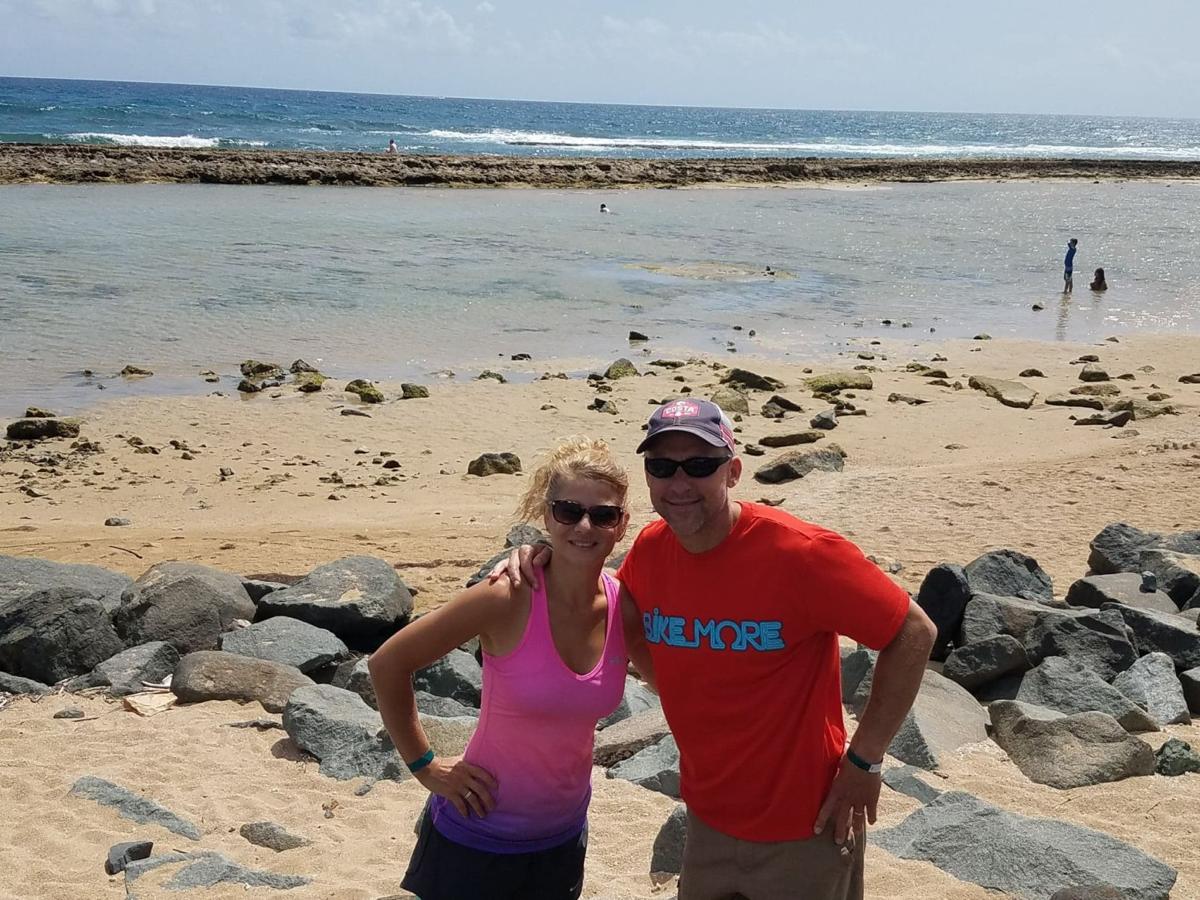 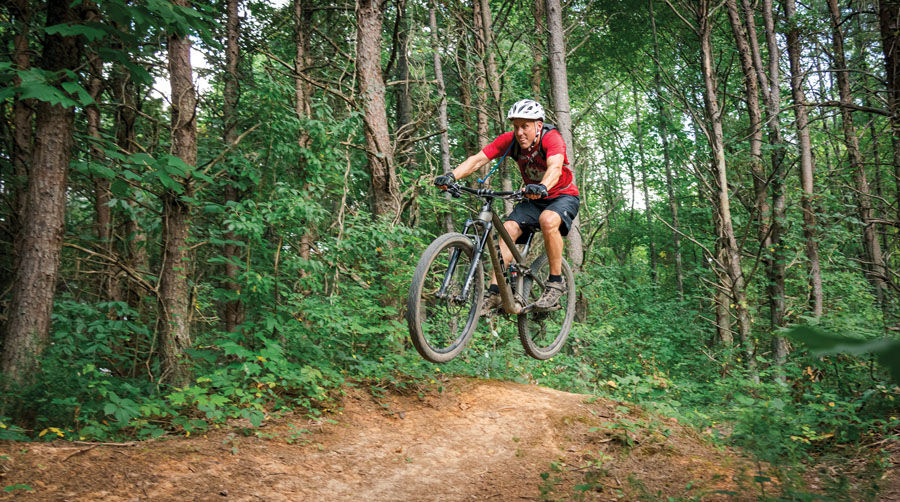 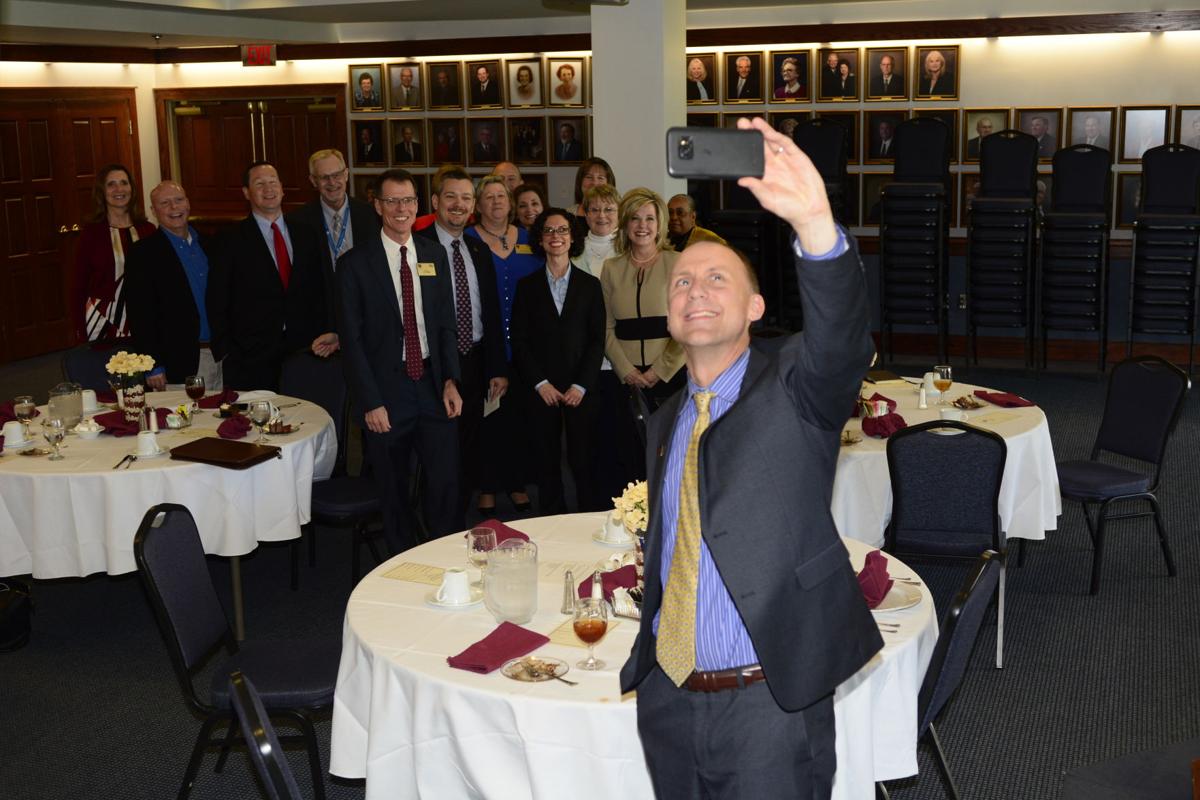 Miksa, the face of Walters State Community College, is an avid outdoorsman, who enjoys taking risks and living on the edge.

But that doesn’t mean Miksa, the president of Walters State Community College, is slowing down anytime soon. In some ways, he’s putting the gas on even more.

“You have to be willing to push yourself,” Miksa said.

Miksa, who grew up in Chicago, has pushed himself all of his life. In some ways, he only has one gear – overdrive. The president of the community college has the spirit of a 20-year-old and is known for taking selfies everywhere he goes, usually with students or friends at his side.

He’s the face of Walters State Community College, a husband and a father of two.

Before all of that, though, he was an athlete.

Miksa grew up just outside of Chicago in Big Rock, Illinois.

“Where I grew up I was about an hour from downtown Chicago,” he said.

When he finally graduated high school, he ended up going to Kishwaukee Community College, also outside Chicago. Miksa said he grew up playing sports, but his love was basketball. He played basketball at Kishwaukee and then transferred to Mt. Mercy College in Iowa to play basketball.

In high school, he played shooting guard, but transitioned into a point guard.

“It was nowhere near as fun as shooting guard,” Miksa said.

He then ended up getting his master’s degree from the University of Northern Iowa. Life led him back to Mt. Mercy College where he worked in admissions and volunteered as an assistant basketball coach.

He then met his wife, Deb.

Miksa then headed back to Kishwaukee with his master’s degree and became a math instructor and assistant basketball coach. He became a dean at the college.

But, he wanted a challenge. He knew everyone knew him at Kishwaukee, so he wanted to go to a school where no one knew who he was and see if he could push himself further.

“I felt like I needed to spread my wings and try different things,” he said.

He headed to Elgin Community College in Elgin, Illinois. While there, he earned his doctorate in community college leadership from National Lewis University.

His next stop was McHenry County College in Crystal Lake, Illinois.

He became vice president of academics and student affairs and did that for seven years.

Then he made it to East Tennessee. He said he and his wife, Deb, were tired of the weather up north and he knew Tennessee from having friends and family who had lived here.

“I think all of us were ready for a change,” he said.

It just wasn’t the weather. He wanted to be close to mountains too.

The former basketball player and coach had found another passion after his playing days were over. He found a love of mountain biking.

Miksa’s older brother had gotten into biking, so his brother gave him an old bike he had around. Miksa started riding it.

Then he found his next passion.

Miksa has ridden in Colorado, Whistler and a handful of other places across North America.

He’s a biker and also runs. He started doing marathons years ago after he did 10ks.

Around 2000, he competed in his first marathon in Des Moines. He’s done several since and just recently ran in a marathon in Virginia. He hopes to one day qualify for the Boston Marathon.

“I enjoy the challenge of marathons,” he said.

He said even at this age, it’s OK for that.

“I tell people, it’s still good to be competitive,” he said.

A coronavirus pandemic has not hindered him either. He still works out with elastic bands and other things at the house.

He said there’s still one more thing he can do – go biking.

In mid-April, Miksa went out and rode his bike along the new section of the Foothills Parkway. He got to peer off the newly-constructed bridges on Bates Mountain and look down into Tuckaleechee Cove where Townsend sits.

He said the one thing he regrets is hasn’t been able to swim.

He’s now preparing for his son, Dalton, 18, to head to college and his daughter, Delaney, 14, to start attending high school.

Miksa said he’d like to get in a few bike races when the coast is finally clear of the coronavirus.

Exercise will always be in the picture, though.