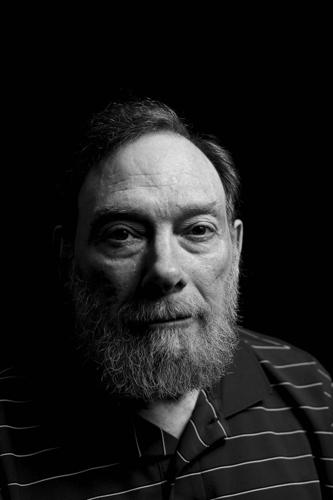 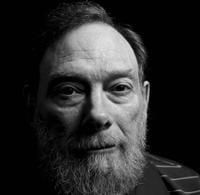 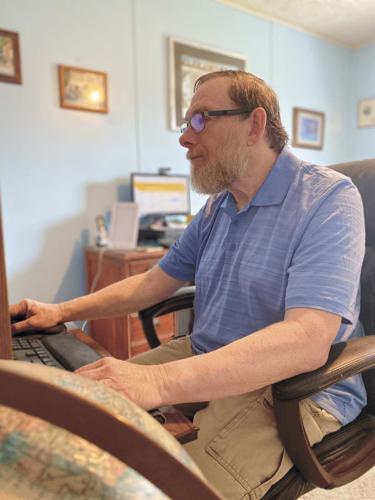 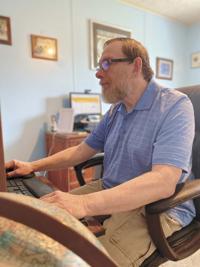 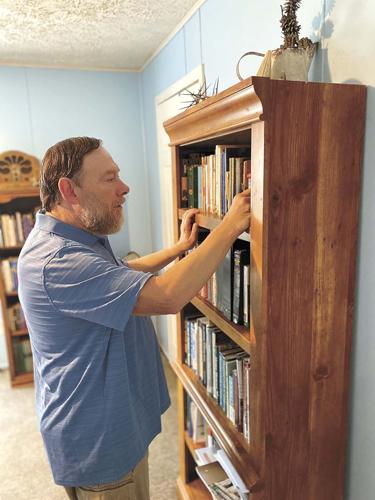 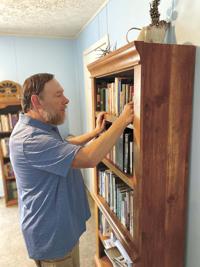 It’s the burden of the echoes of generations of his family silenced in Nazi death camps like Auschwitz.

It’s the burden of the legacy of his father, who survived a Nazi labor camp and made his way to the United States via Italy and Brazil where he built a life for his family.

It’s the burden of a church that is failing in its God-given mission.

It’s the burden of sight - both backward and ahead – that the sins of the past are repeating themselves and, by London’s reading of the scripture, it’s not going to get better.

London was raised in a Jewish family that chiefly practiced religion on the High Holy days. He spent the first seven years of his life in Queens, New York before moving to Long Island for two more. His father who wanted to be a doctor before the Holocaust had worked part time for a family member who made handbags. Marcel London brought that knowledge to the United States and made it his trade.

When Fred was 9, Marcel moved the family to Dallas, Texas to work as a vice president running a handbag making factory.

London and his family bounced around as he worked a variety of jobs in inventory control, personnel and sales or customer service.

The family moved from Dallas to Philadelphia to South Florida to Western North Carolina to Knoxville and finally to Morristown.

Along the way, London found his voice in the written word.

“After a while I started writing, people told me I had a bit of a gift and it developed from there,” he explained.

London has written on all sorts of Biblical topics, using history as a spring board to look at modern issues of the church.

“My major theme is Biblical prophecy as it relates to God’s purpose with the Jewish people, Israel and the obligation of a predominantly gentile church toward the Jew,” he explained. “Projecting forward. Looking to the future. What the future holds prophetically, seeing foreshadowing today. I look at the prophetic scriptures and see what’s coming down the pike.

“ … We see rising anti-Semitism and, from what I see from scriptures, it’s not going to get any better.”

According to London’s reading of the scriptures, God has given the church a Biblical mandate about the Jewish people.

“I’ve seen my calling really honed in on that,” he said, “I’ve become a voice to the church in waking them up to the fact that they have a Biblical obligation to the Jewish people, spiritually and physically.”

London sees the countries that were part of the United Nations when Israel was created in the wake of the holocaust falling by the wayside.

“They’ve been dropping like flies,” he said, “not just being neutral but turning against her.”

London frequently cites George Santayana’s “Those who cannot remember the past are condemned to repeat it.”

But he says, that’s not enough. You have to remember the past, recognize it and take action.

“I don’t want just an academic theological lesson,’’ he said. “I take it a step further and learn the lessons of the past and people to apply those lessons to the future. There needs to be an application.”

Part of that application, he says, will be for the church to seize upon its mandate and minister to the Jewish people and Israel.

“The consummation of the church’s ministry is to bring the remnant of Israel into the congregation,” he said. “The church and Israel are joined at the hip. One’s destiny cannot be fulfilled without the other.”

Marcel London was a teenager living with his parents in the Transylvania region of Hungary/Romania prior to the war. Marcel moved the family to Bucharest, Hungary but as the war raged, he and Marcel returned to family in Transylvania thinking it would be safer.

In all, about 85 of London’s extended family members were shipped to Auschwitz where they were murdered by the Nazis. Only about five family members, including Marcel’s mother and sister survived. They thought Marcel’s father was lost to the camps, but about a year after the end of the war, he made it home alive.

“The whole family perished,” Fred said. “They thought my dad’s family perished as well. My dad, he didn’t go to a Death Camp. He went to a labor camp. But a lot of people didn’t survive the labor camp because they worked you to death.”

In his early 20s, Fred decided to visit Israel but he made some stops along the way.

“I said look as long as I’m going overseas, I should make every effort to meet what’s remaining of my family. When I met them for the first time, the last time they had seen my father he was virtually the same age when I went to meet them. I met my only first cousin in the world.”

London is working on his fifth book which is titled “Morning comes, but also night.”

He doesn’t make any profit of his books, just enough to pay for the printing. And he doesn’t’ necessarily recommend going to his back catalog. Each new book revisits, builds and expands upon the foundations laid previously.

The books are available via Barnes & Noble, Lulu and Amazon online.

“They’re humble little books,” he explained. “I tell people to wait for the next one that will be the consummation.”

The new book comes at a time that Anti-Semitism is rising in the world – and the U.S. It comes as war rages in Europe.

London sees the signs but he’s afraid that – just like 90 years ago – the world and the church are not willing to recognize what’s going on.

Those who forget the past are condemned to repeat it.

“This is the problem I have, a lot of churches don’t want to hear about this,” he said. “It’s virtually a repeat of the 1930s where they didn’t see the connection and the obligation and mandate that they had to the Jewish people, which God himself gave the church.

“It’s history repeating itself. Only a small number get it and so it’s been very difficult to find open doors to lay it out for Biblical and prayerful examination.”

And that message is necessary, London says, because those who experienced it firsthand are almost gone from the Earth and, their children are aging.

“I’m very proud of my dad, for him coming here,” he said. “Any opportunity I have is exceedingly precious to me. There’s very few like me, who have the personal package I do and has the perspective that I do.”

“This gathering will be on the most appropriate day,” he said. “I encourage everyone, especially young people to show up because they’re hardly taught anything … it’s just the surface, the bare minimum.

Those who forget the past …

Are you happy with the Supreme Court decision on Roe Vs. Wade?

Check your email for details.

Submitting this form below will send a message to your email with a link to change your password.

An email message containing instructions on how to reset your password has been sent to the e-mail address listed on your account.

Your purchase was successful, and you are now logged in.

A receipt was sent to your email.