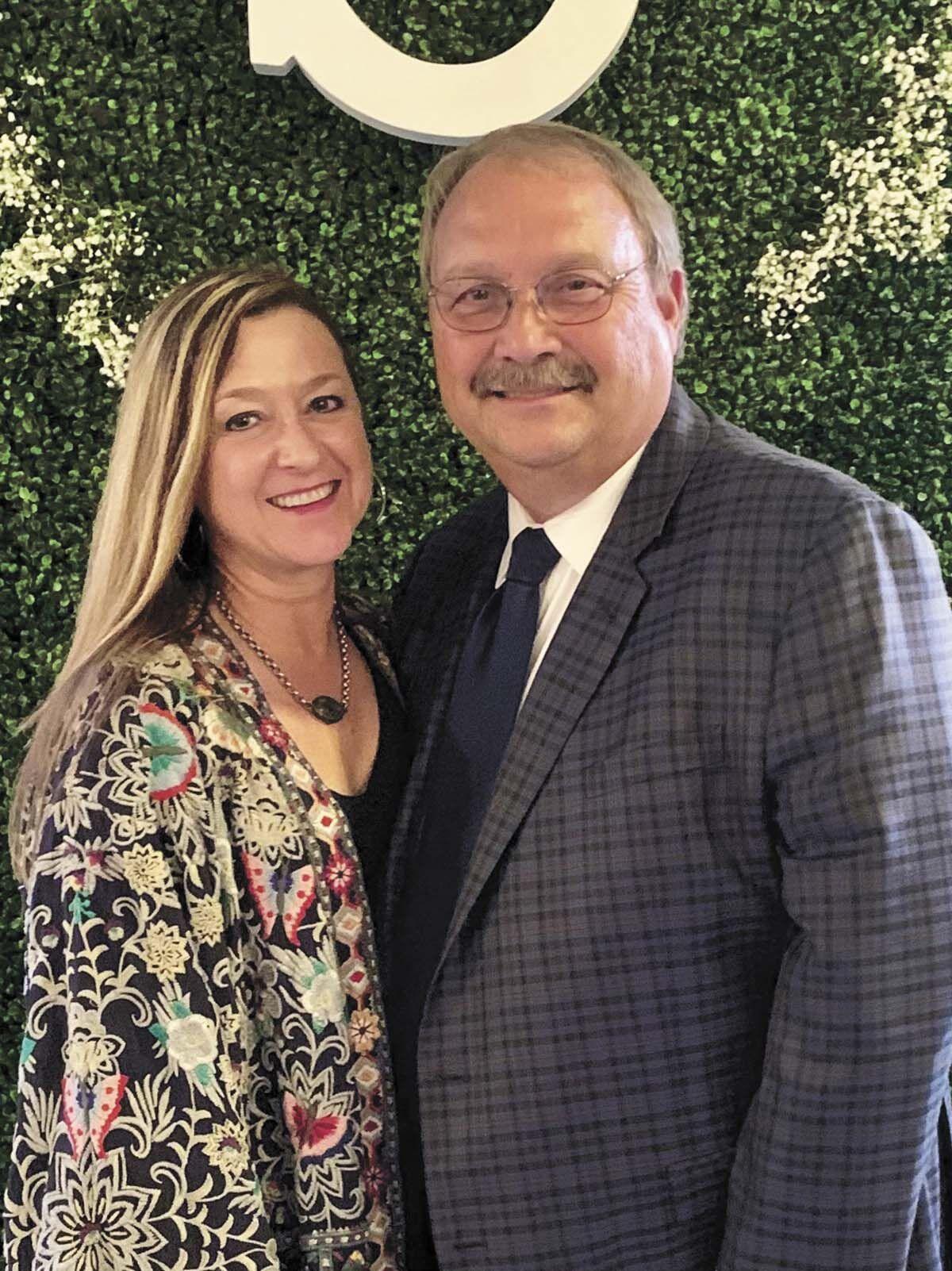 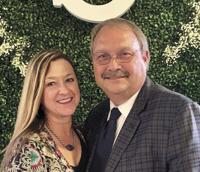 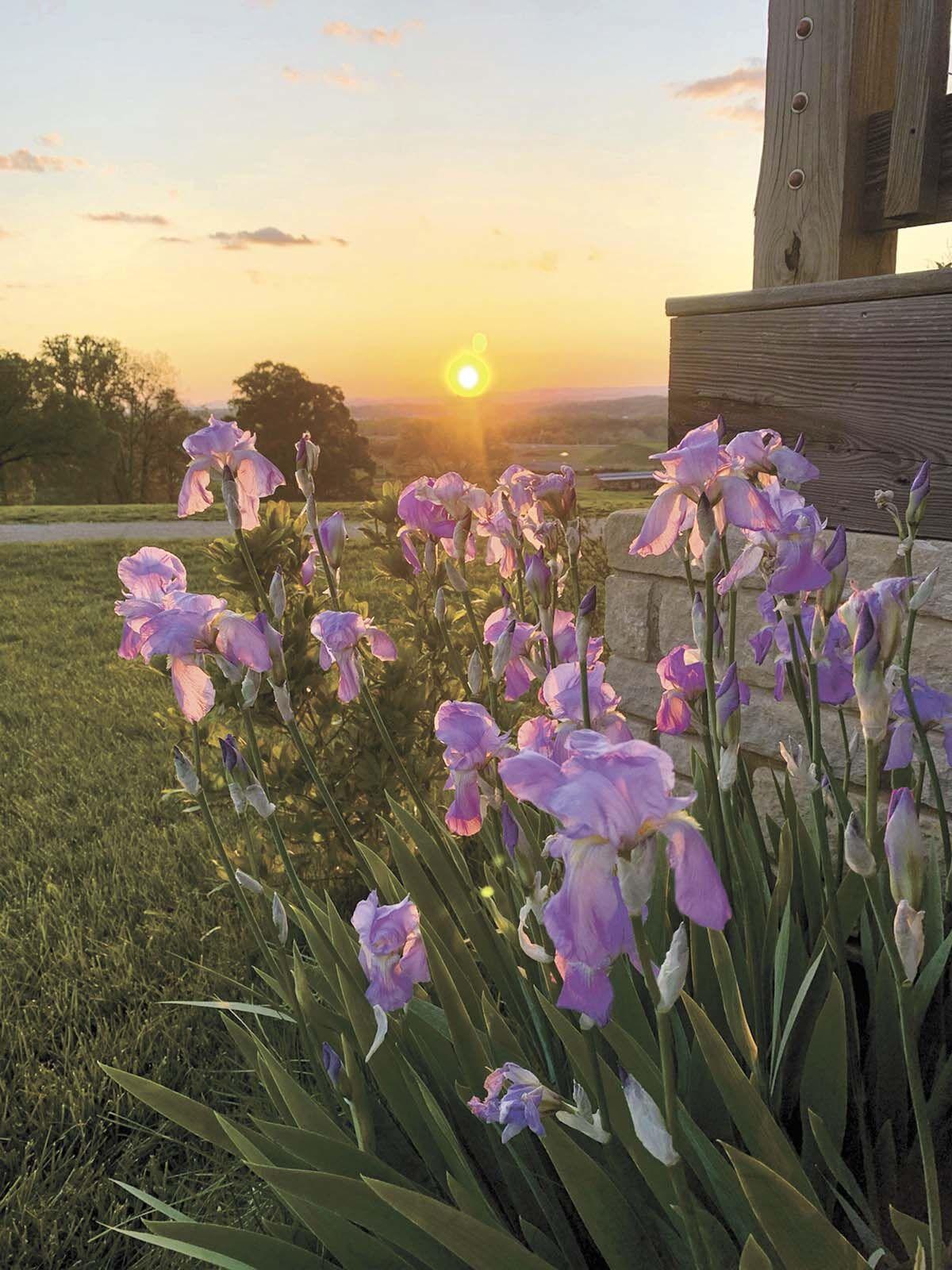 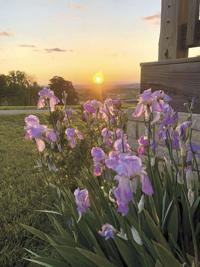 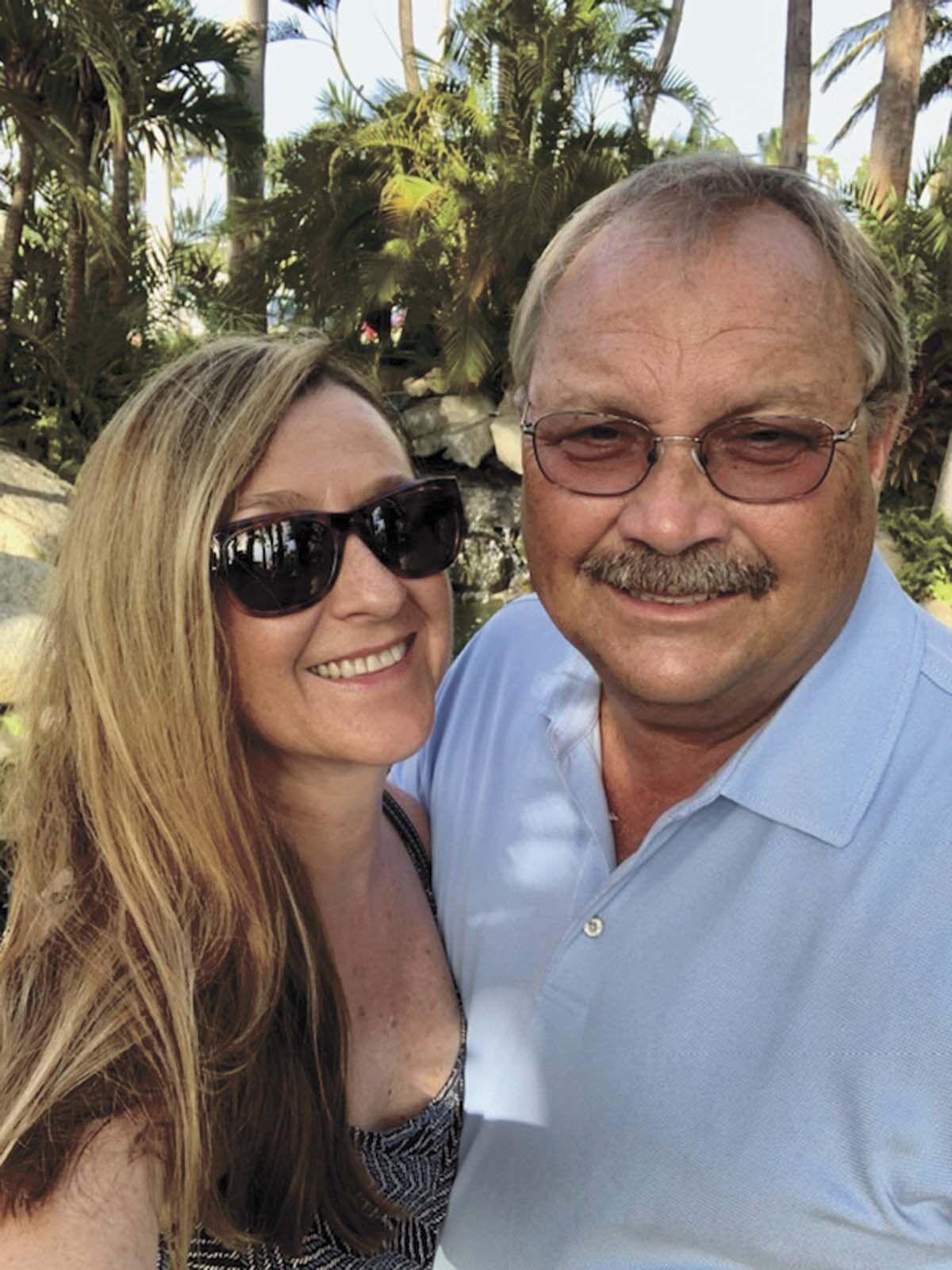 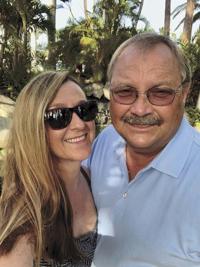 In fairness, of course John Litz knew when Kathy Jones Terry called him up and asked him to go to an Encore Theatrical Company Show, that it was a date.

Of course he knew.

As soon as she explained it to him.

“I was a brazen woman,” the artist formerly known as KJT explained.

John was relatively newly divorced and hadn’t jumped back into the dating game when Kathy called, asking him to go to the show.

Kathy told him she’d pay for the tickets and John must have seemed a bit befuddled.

“That was it,” John said. “We went to Encore Friday night. Went to a cookout down on the river with friend, Saturday.

“It was easy. She was easy to talk to, easy to get along with.”

“All my friends loved him,” Kathy said, and if you know Kathy’s friends, that endorsement means a lot.

The two dated for about three years. Then, on a snowy date John drove her to the top of a hill in some farmland he owns overlooking Highway 160 and most of West Morristown.

“The moon was out, the snow was beautiful,” Litz said. “We had talked about how pretty of a place this is. I said I’d like to have a house up here someday and here we are.”

The two married in 2014 in the sunflower field on that hill. They had a historic home saved and carefully moved to the hill. In 2016, and they moved in.

It’s been their home and, lately, their refuge ever since.

It’s a perfect place to watch the sunset.

“Until we moved up here, I never realized how beautiful the sunrise and sunset can be,” he said. “How said was it for someone to be so entrenched in their daily lives that they can’t take 10 minutes and enjoy that beauty.

“We’re limited in the numbers of sunsets we see in our lifetime. I don’t think you can look out over the valley and not think there’s a God.”

The two had known each other for years before Kathy made her fateful phone call.

They’d gone to the same elementary school where John was in Kathy’s older brother’s grade.

Later, as Clerk and Master, Kathy is called to do lobbying in Nashville where she’d run into John was served as Hamblen County’s state representative for years.

When John’s divorce came through, Kathy was among the first to know as the paperwork came through her office.

Divorced herself, and with the encouragement of her friends, she made the call.

Now, the two are settled in to their lives on the hill. As a farmer, John is an essential worker and able to get out and work while social distancing safely.

In addition to her work, Kathy continues to volunteer for Encore Theatrical Company which has taken to online productions. Over the summer, the company put on a drive-through production at the Litz’s farm.

Due to COVID, Kathy has missed out on conferences and meeting friends. John’s role at the Farm Bureau has been limited with meetings cancelled and the two have had to cancel planned vacations and get togethers.

“It’s been a change but we’ll adapt,” John said.

In her spare time, Kathy is learning to quilt and has created a massive work of art featuring all the T-shirts she’s acquired from the many productions she’s been in over the years.

“I still don’t sit still,” she explained. “The cats love it.”

Kathy’s adult son Jake, from a previous marriage, has been home for some of the time as well. So, like John, he’s had to endure some of his mom’s method acting as she prepares for the radio play.

“They get to hear me holler fire, fire,” she explained.

Jake has been accepting of John’s arrival in his life. In fact, Kathy says, everyone has.

“My ex-husband, Chuck Terry, is good friend with John,” she said. “The Terry family is still good. I’m still a part of them. We’re all still family.

“I think that’s a wonderful role model for Jake that the people who love him can get along. I didn’t abandon family, we just had some differences.”

When the COVID-19 pandemic lifts, the first thing Kathy and John plan to do is take the Alaskan vacation they’d planned prior to the pandemic.

They’ve also got a friend with a bed and breakfast in Savannah, Georgia that’s been calling their name.

Until that day comes, they’ll keep watching the sunset over Morristown from the top of their hill and hoping for the return of a better day.