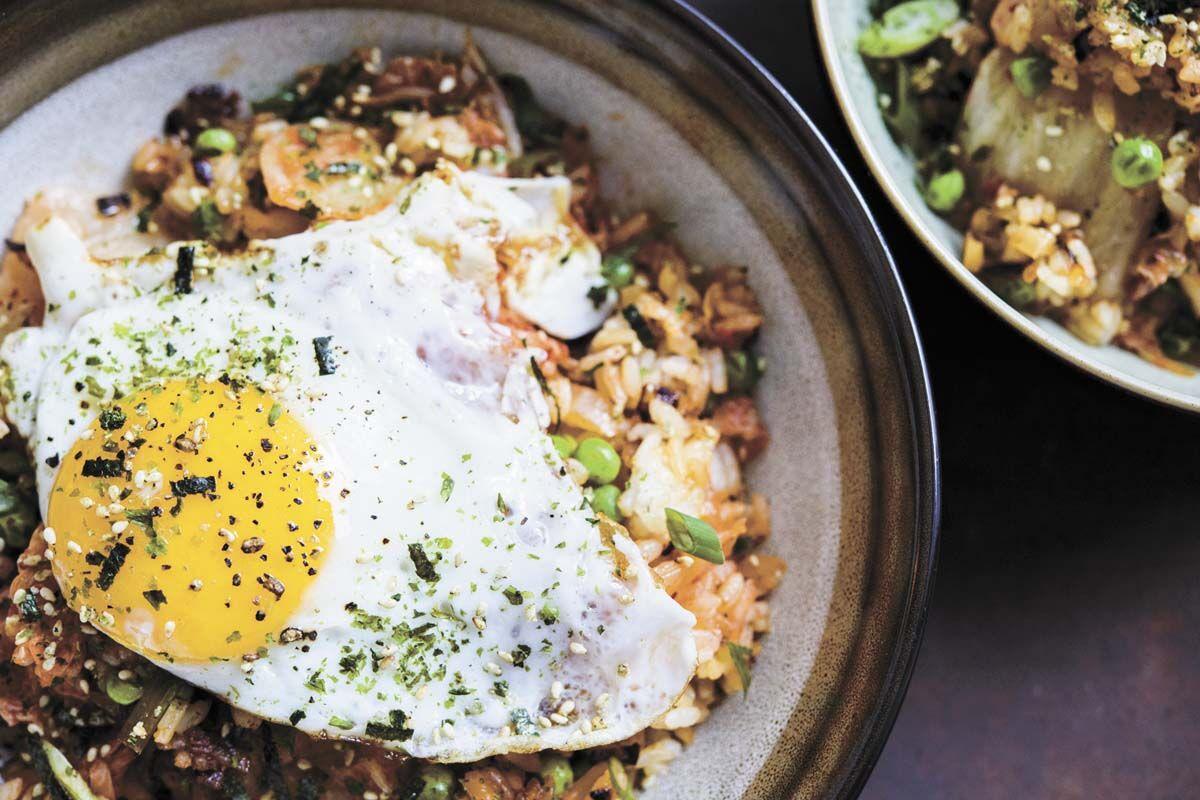 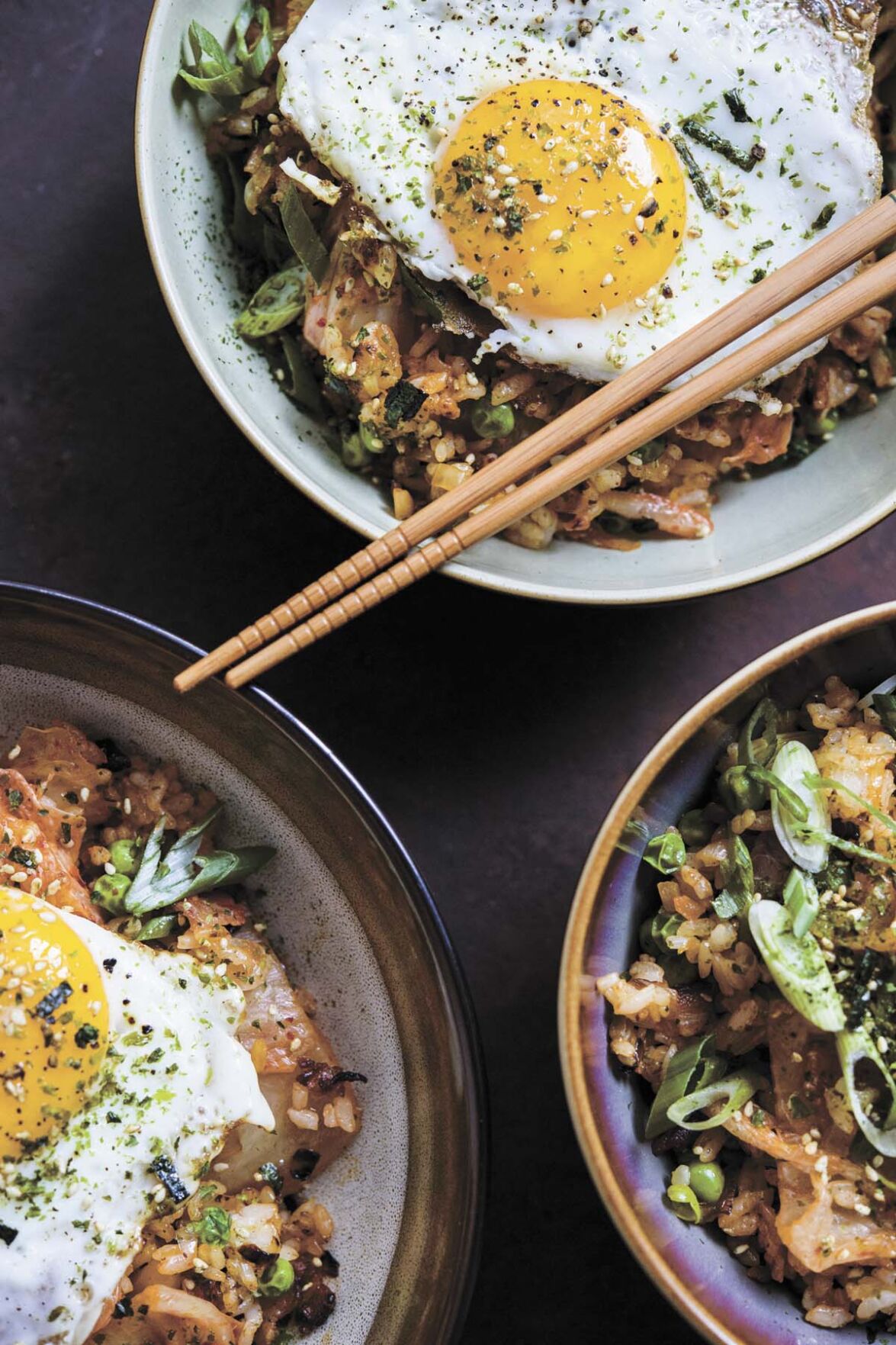 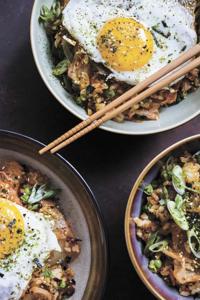 Kimchi is a powerhouse Korean ingredient of seasoned cabbage packing spice, crunch and that savory umami factor that comes from fermented foods. It transforms whatever meal it’s added to, and we treat the richly flavorful liquid it’s packed in as a separate ingredient.

In this recipe from our book “Milk Street Tuesday Nights,” which limits recipes to 45 minutes or less, we use kimchi to amp up leftover rice for a quick, flavorful meal. First, we fry bacon and use a bit of the rendered fat to cook onion and then the rice, into which we mix some of the kimchi liquid and soy sauce.

Spreading the seasoned rice into an even layer in the skillet and letting it cook undisturbed for a few minutes allows tasty charred bits to form on the bottom. Then we stir in the chopped kimchi, the cooked bacon, peas, sesame oil and scallions for freshness.

A fried egg on top of each serving not only completes the dish with an extra hit of protein, but the yolk, when broken, flows onto the rice, adding a richness that heightens the flavors.

4 scallions, thinly sliced on the bias

Furikake seasoning or nori cut into slivers, to serve (optional)

If the rice is chilled, use your fingers to break apart any large clumps. Set a mesh strainer over a small heatproof bowl and place near the stovetop.

In a 12-inch nonstick skillet over medium, cook the bacon until well browned, 10 to 12 minutes. Scraping the pan, pour into the strainer; reserve the bacon fat.

Return 1 tablespoon of the fat to the skillet, add the onion and cook over medium, stirring, until softened, 3 to 4 minutes. Stir in the rice, breaking up any clumps, 1 to 2 minutes. Drizzle the kimchi juice, soy sauce and 1 tablespoon of the bacon fat over the rice and stir to combine. Spread the rice in an even layer, increase heat to high and cook until browned on the bottom, about 3 minutes.

Scrape along the bottom of the pan and flip the rice, then redistribute and cook until again browned on the bottom, another 2 to 3 minutes. Stir in the kimchee, bacon, peas, sesame oil and scallions. Cook, stirring, until hot, 1 to 2 minutes. Taste and season with salt and pepper. Transfer to a bowl and cover with foil.

Wipe out the skillet with paper towels. Add 1 tablespoon of the bacon fat and heat over medium-high until beginning to smoke. Swirl to coat the pan, then crack an egg in each quadrant. Immediately reduce to medium-low and sprinkle with salt and pepper. Cook until the whites are set but the yolks are still runny, 2 to 3 minutes. Remove the pan from the heat.

Serve the fried rice on individual plates, topped with a fried egg and sprinkled with furikake.