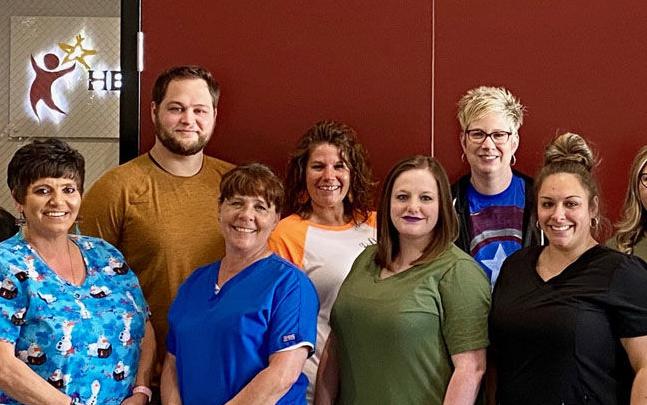 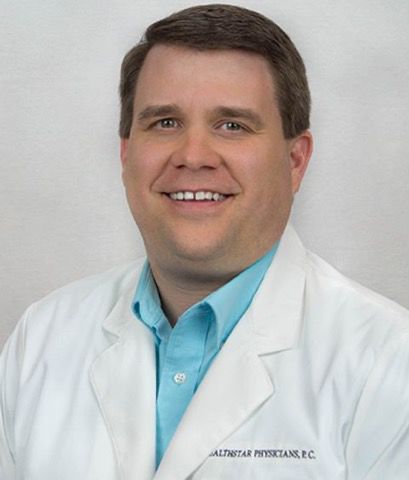 In the course of a single week in March everything at HealthStar Physicians changed, according to Dr. Eric Delay,

On Monday, it was normal life. There was uncertainty, of course, because the looming cloud of COVID-19 was quickly approaching. By Friday, the world had changed.

“This has been an amazing thing,” Delay said.

Delay said the initial goal was to limit patients’ exposure. Essentially, HealthStar created a separate COVID Clinic inside its facility and stationed masked employees outside screening people at the door.

The efforts to limit exposure were greatly aided when insurance officials announced they would reimburse for telehealth visits, essentially where the patient consults with the doctor over video conference.

“We’ve always been interested in telehealth … the problem has always been reimbursement,” Delay said. “One of the true blessings that’s going to come out of this is the insurances’ willingness to reimburse us for telehealth. There’s an upfront fee of getting the technology. There’s an upfront fee of people that are working on that and, of course, getting reimbursed for what we’re doing. We were able to roll out the telehealth pretty quickly and that’s been an excellent thing.”

Doctors have also been able to speak with patients over the phone and treat some in their cars, drive-thru style, Delay said.

The goal, Delay said, is to be able to treat the patient in a way that is best for patient and medical care worker. If a patient wants to come to the office, HealthStar is making that option as safe as possible. Otherwise, they are providing a bevy of options.

HealthStar serves six counties in the Lakeway Area: Hawkins, Hamblen, Jefferson, Grainger, Cocke and Greene. In total, there are 24 HealthStar facilities with over 500 employees.

“Most healthcare providers are actually cutting staff,” he said, adding HealthStar has been touched by the same issues affecting other small businesses. “We’ve done everything we can to maintain the work staff.”

And that staff has responded, Delay said.

“I have never been more proud of a group of people. They have stepped up,” he said. “The young ladies and young men on the clinical side, from the nurses to the administration, they have never shrunk from their duty. I’m very proud.”

Delay said HealthStar has equipped its workers with the best PPE options it could, while holding the full PPE guard and N95 gowns in reserve just in case the local situation turned further south and mimicked those seen in New York or Washington.

“Lack of PPE is not a Hamblen County problem, not a Tennessee problem, not a United States problem. It’s a worldwide problem,” Delay said, adding he’s been wearing a cloth mask himself.

Another way HealthStar has adjusted is daily videos from Delay on social media, speaking directly to the public and taking questions from the public he can answer in the next day’s video.

The goal of all of HealthStar’s efforts, he said, is to work with and treat patients in innovative ways until the world can get back to normal, which he expects will be awhile.

“I think for us to truly get back to where things were before, we’re gonna have to have a vaccine,” he said. “Any vaccine that is produced it’s a good 12 to 18 months but the good news is there’s a tremendous amount of money going into this. You have to develop the vaccine and then you’re going to mass produce it. The whole world is going to come together to get that done.”

In the meantime, the goal is getting back to new normal, he said.

That means a world where people can go out, go to restaurants, visit friends and family as long as they are smart, maintain social distances and practice proper hygiene.

“We are going to need to modify our behavior even after April 30.” he said.

Delay supports efforts to reopen the community and the state, but says even in the best case scenario there will be more cases, more people getting sick.

“The risk is gonna be there until we get this vaccine,” he said. “But I think you’ve got to try. At some point you’ve got to be willing to step out there, knowing there’s going to be more cases but knowing if we get a surge or a peak, we need to go back to doing the social separation. I think it’s OK to try in this area. We’re not in New York, Pennsylvania or California.”

Ultimately, Delay said, he is proud of the way the community has responded in crisis.

“I’m so proud of our staff, been proud of our patients,” he said. “Their patience has helped us. I’ve just been really pleased with the cooperation that we’ve had.”