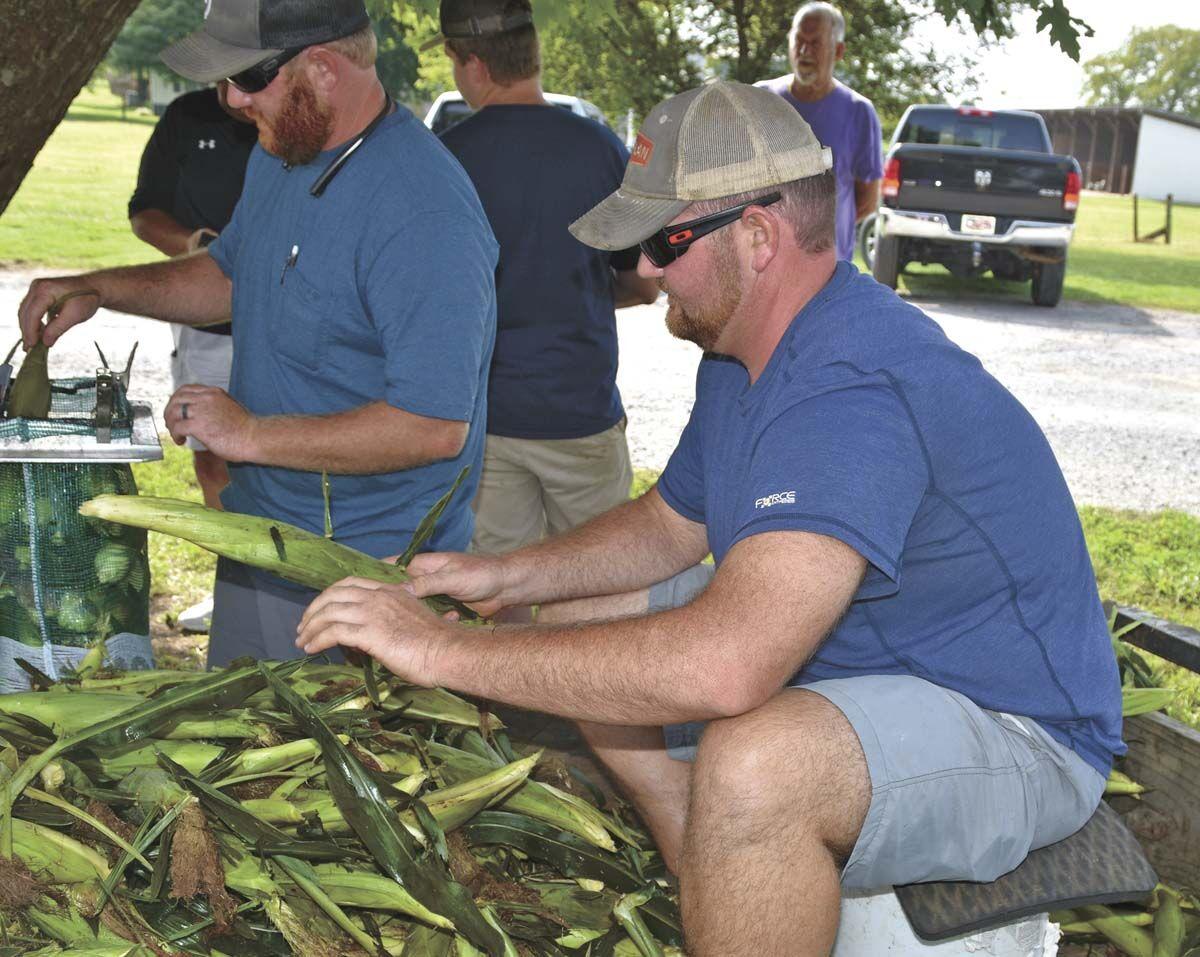 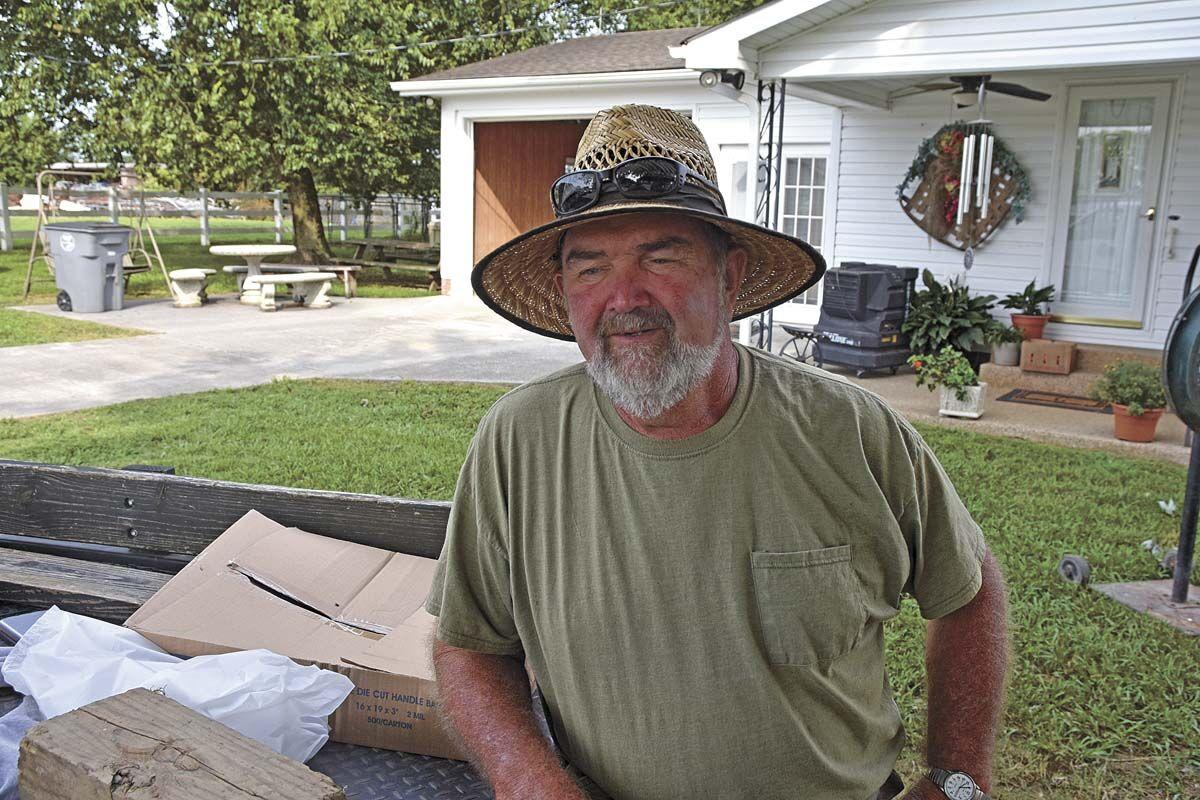 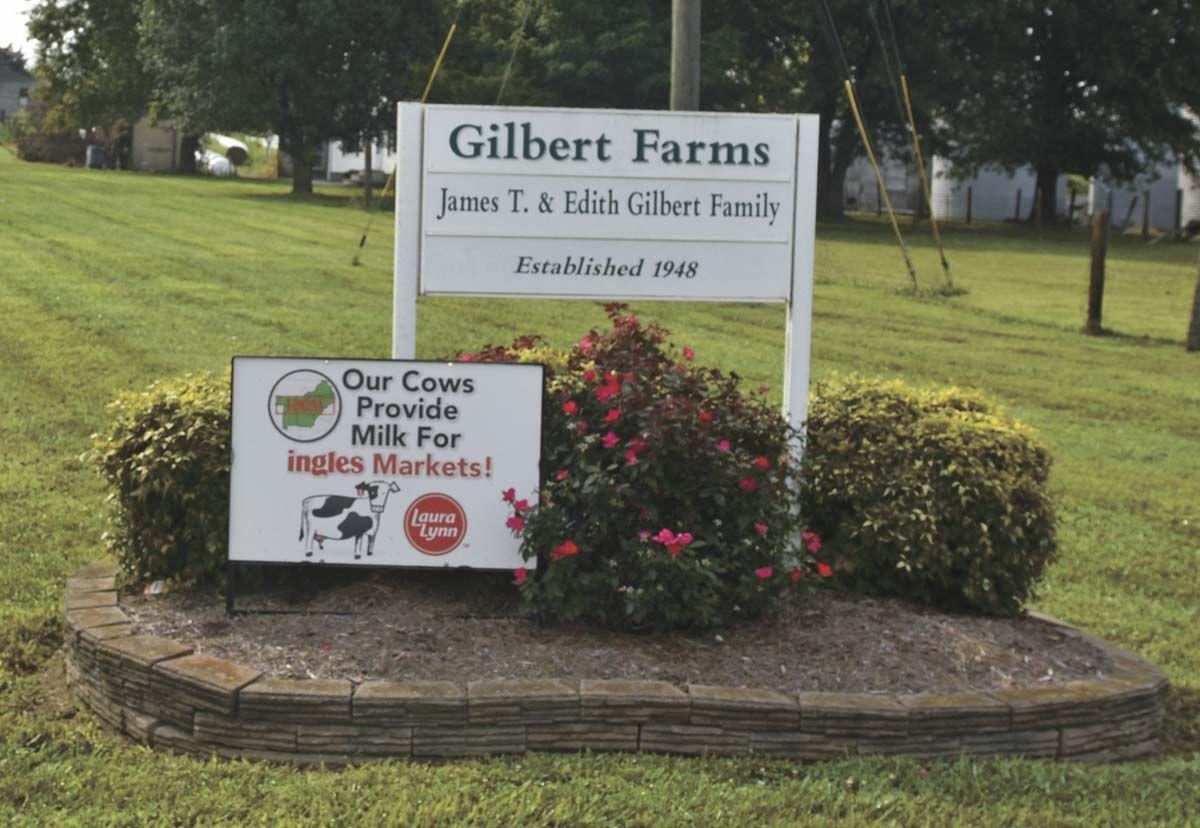 For the Gilbert family of the Lowland community, farming is not just a job, it’s a way of life.

Since 1948, Gilbert Farms has been in operation at the end of the four-lane State Highway 160 near the old American Enka\BASF plant.

“It started off when he bought 19 acres when he first came here to Lowland,” Gary Gilbert said. “It’s just grown over the years.”

Grown to the point that the farm has 1,200 acres, including the land owned by the family and leased land.

Gary Gilbert is the second generation operator of the farm, which specializes in milk, soybeans and sweet corn.

The Gilberts came from the area of town near where Hearthstone Apartments and the neighborhood around Morristown-Hamblen Healthcare System are currently located.

At the time the Gilbert family moved to Lowland, Gary’s father farmed and were building the American Enka plant. Gary’s mother worked swing shifts at Enka.

It’s still a family farm in every sense.

“My two sons, Bradley and Tyler, work here full time,” Gary said. “We have a lot of good high school and college help with our grandchildren.”

Daddy has passed away, but Mom is still alive.

The Gilbert Farm is one of few dairy farms remaining in the Lakeway Area. The farm has a milk contract with Ingle’s markets.

“We’re one of three dairies left in Hamblen County,” he said. “It’s a labor-intensive thing. We’ve been fortunate to have the labor, We’re milking about 125 (cows). We try to stay that year round. We ship the milk to Milkco in Asheville, North Carolina. It’s owned by Ingle’s and they bottle the milk they buy there.”

Gary said that the farm ships 15,000 pounds of milk every other day to Milkco.

“The milk market is not the best in the world,” he said. “The pandemic, like everything else, has really crushed things. With these schools not being able to open up, you don’t realize how much milk is consumed through the schools. It’s going to hurt it a little longer it looks like.”

Gary said that milk prices are pretty bad right now, probably the worst they’ve been in a long time. Various factors go into the price, including the amount of butter fat in the milk.

“Our cows have been producing higher butterfat,” Bradley Gilbert said. “That makes the milk check a little higher.”

In addition to milk, the farm is known for its sweet corn, meat and soybeans.

“The sweet corn is a specialty that we try to do,” he said. “We’ve been growing it for about 25 years now. It started out as a means to give all of the grandchildren some income, since they were all here helping on the farm. It’s just grown into a bigger business through the years.

Customers from North Carolina, Virginia and other states come to Gilbert farms for their corn.

“We have one guy who drives up from Lenoir City to buy corn and give to his neighbors,” he said.

“When Dad let us start this, we couldn’t bag the corn,” Bradley said. “Also, instead of a dozen ears, he would have us give them a baker’s dozen, 13 ears. Where some people fish in Newport, they quit and our provisions have picked up. There have been some people here as early as 6 o’clock in the morning. It seems like the Corona has helped us a little bit. You wonder if it hasn’t woke up people a little to prepare for winter. If the grocery store runs out, at least we’ll have something to eat this winter.”

Gary said that they wholesale some of the corn, but most of it is bought by Lakeway Area families.

“Most of it is sold underneath the shade tree here,” he said.

The grandchildren were in a wagon full of sweet corn taking the ears from stalks and stacking them into bags for purchase on the day of this interview.

“Some days, we sell 300 dozen, some days we sell around 100 dozen,” Gary said. “Saturdays are some of our slowest days. I guess they don’t want to mess with it on the weekend. You’re just at the mercy of the weather. You don’t know whether you’ll have a crop or not.”

Gilbert Farms has sold meat during the summer months for the last five years.

“Everything we sell is produced here on the farm,” Gary said. “We sell pork year round and beef off and on. This pandemic has made it difficult to get a beef on a kill day. We do so many hogs with the person who processes them. It is all government inspected. People got to asking about the pork and it has steadily grown.”

“It may end at 6 o’clock that evening or 9 or 10 o’clock that night,” he said. When we’re planting crops, we may be out there after 10 o’clock at night. Some things when you are doing it you just can’t walk off and leave it. I’m at the point that it’s got to be finished before I quit.

“Some days you think it’s going to be an easy day, something always comes up,” Bradley said.

Among the Gilbert family’s keys to success is to learn what works and stick with it.

“Over the years you kind of learn how to tweak things a little bit. Every year, you learn a little bit more,” Gary said.

Members of the family have continued on in the family business, while others have expanded to related fields.

Gary’s wife, Sandy, is a nurse in the Hamblen County School System. Eddie’s wife, Marty, is a practical nursing instructor at Tennessee College of Applied Technology in Morristown.

While Gary’s sons work on the farm, his daughter is a veterinarian in Greeneville. A nephew works for Tennessee Farmers’ Cooperative.

Gary said that farming may be hard, but the benefits are worth it.

“Some people say it’s a rough life. It is work, but you’ve got to keep thinking that I’m too blessed to be stressed,” Gary said. “When they came out with the lottery tickets, my Dad said that that’s what we do every day. With farming, you put your faith in the Good Lord. He is going to take care of you. He will send the rain when you need it. That’s what he’s done this year for sure.”