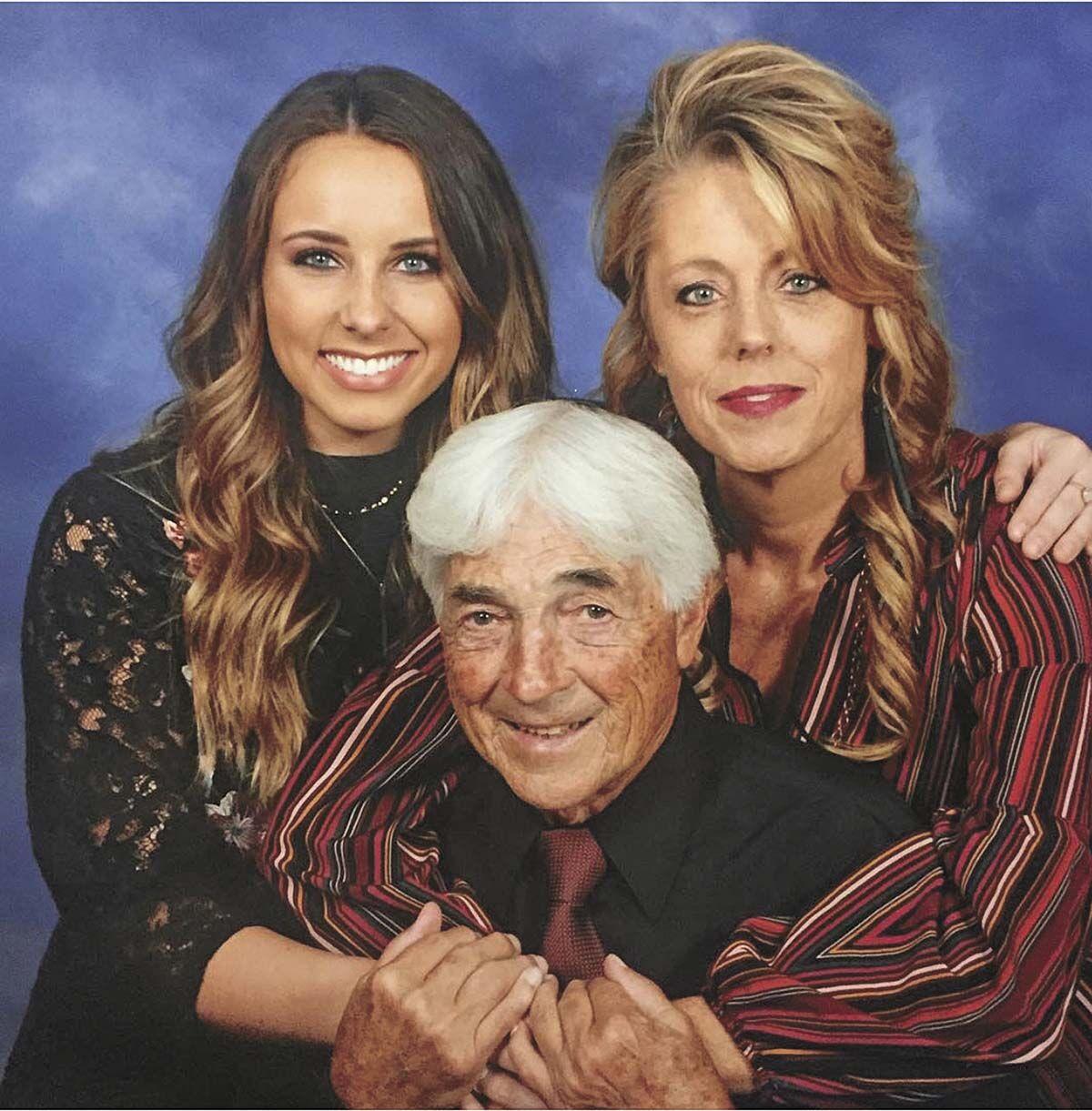 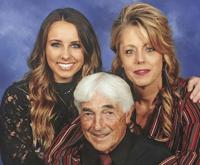 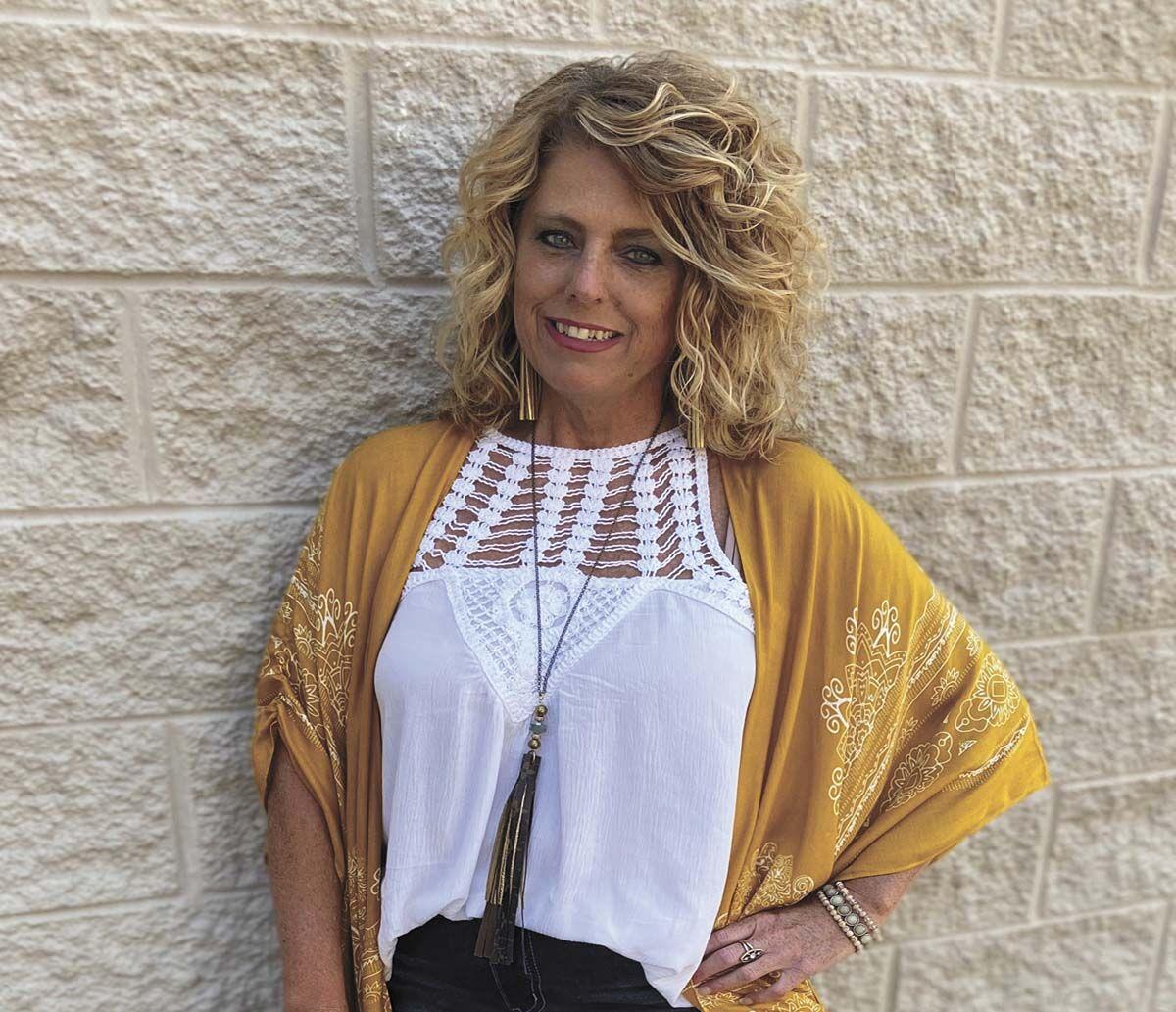 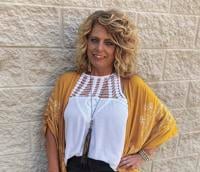 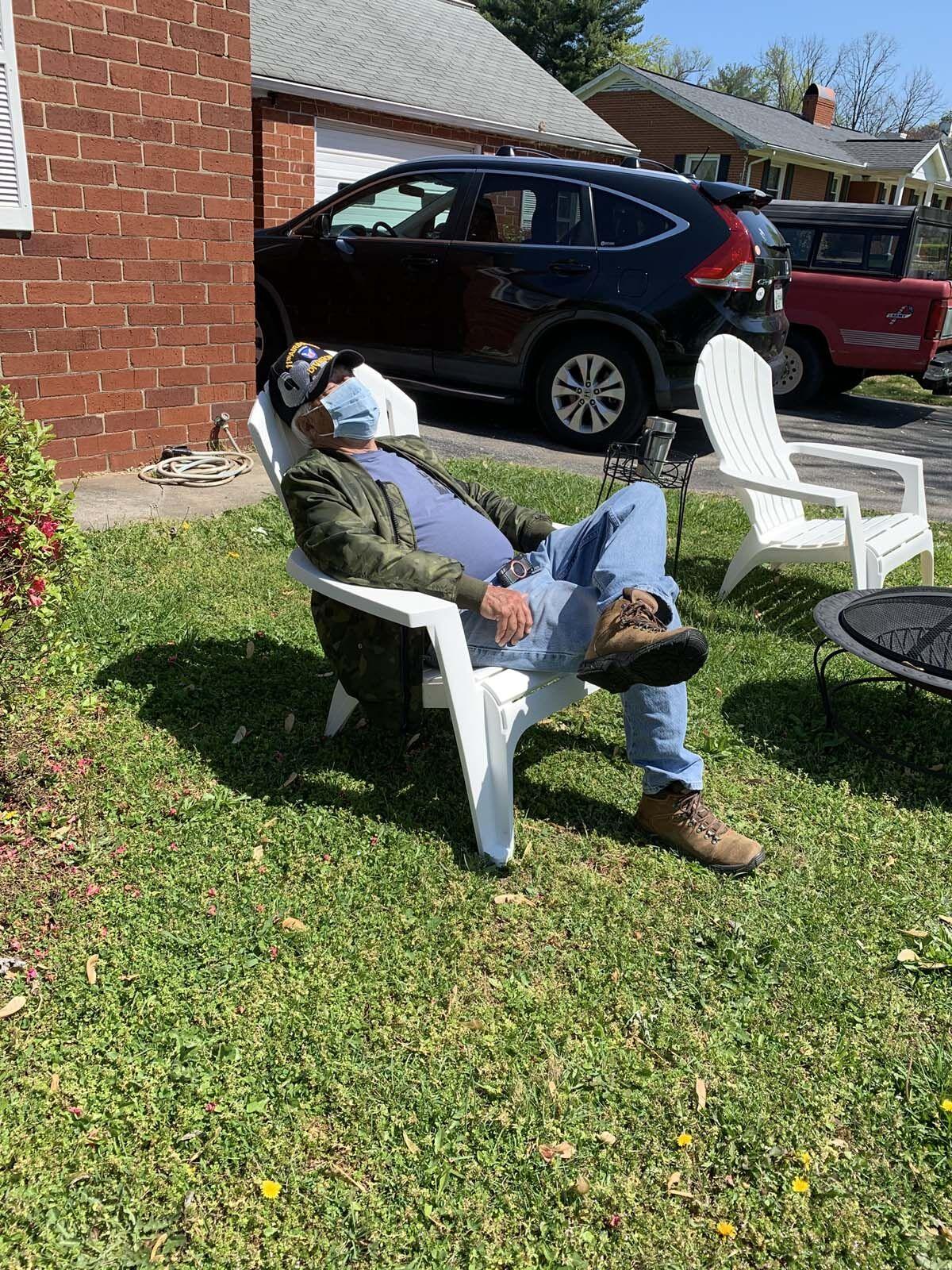 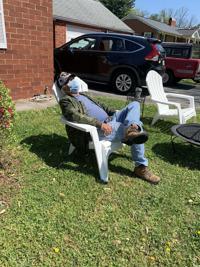 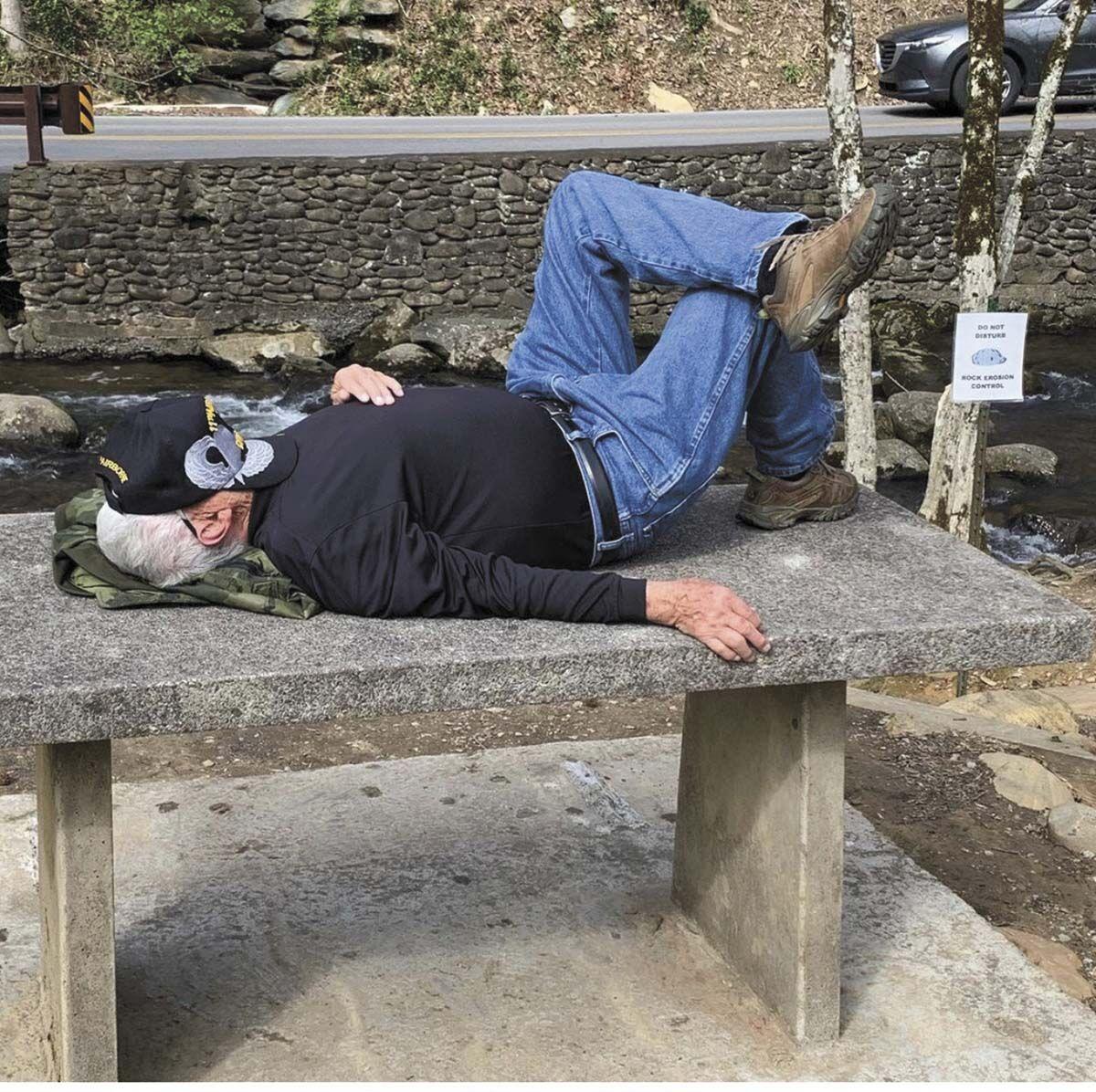 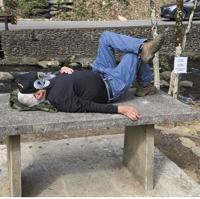 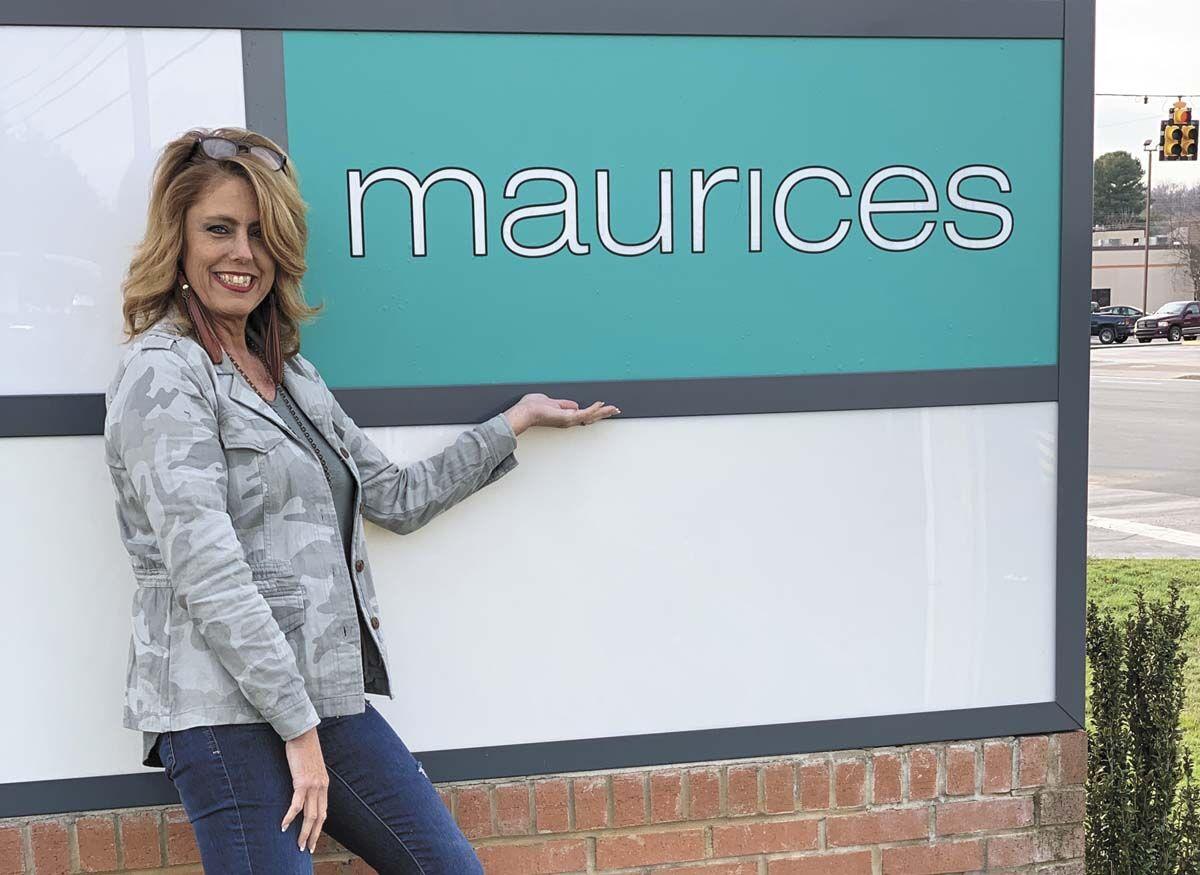 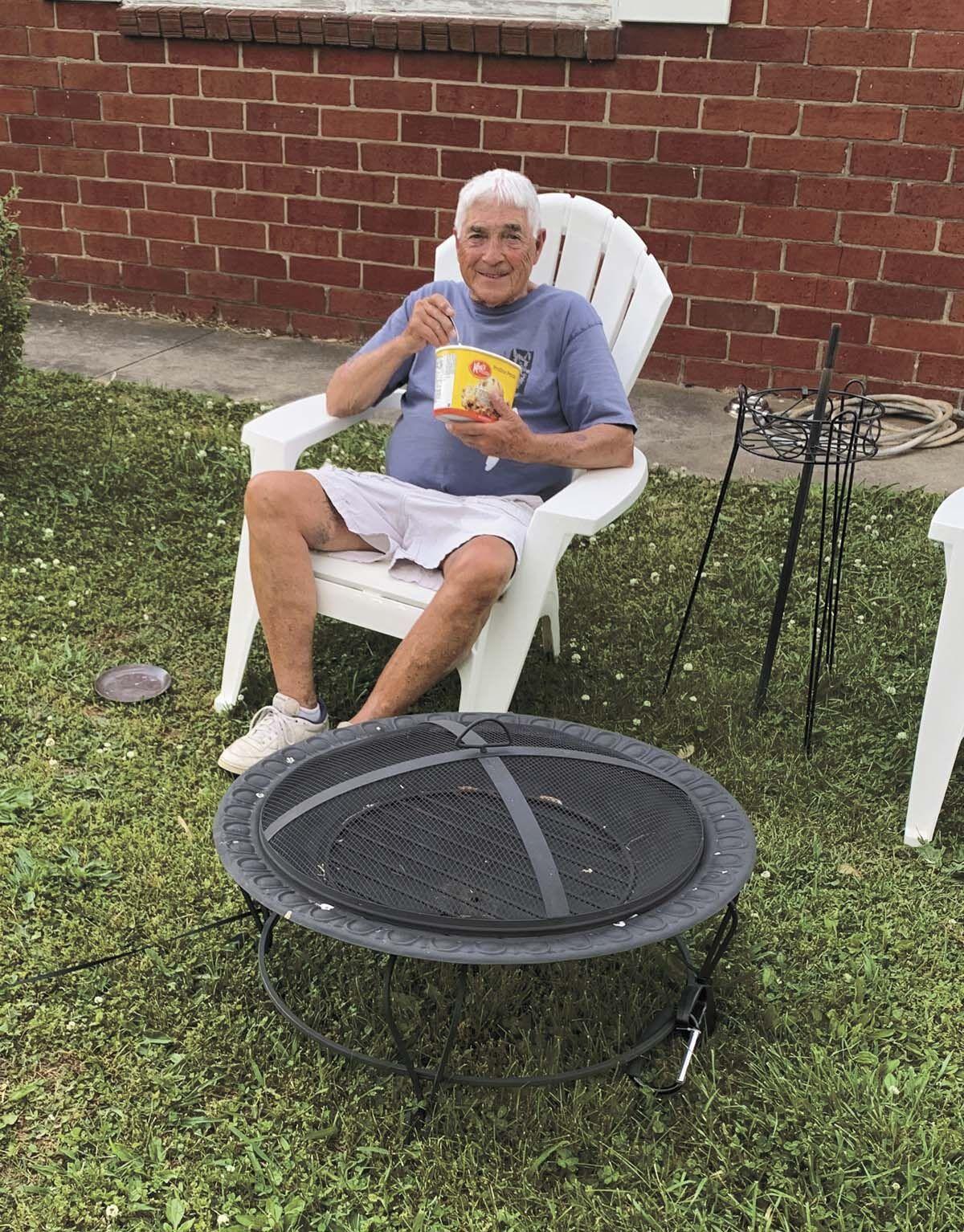 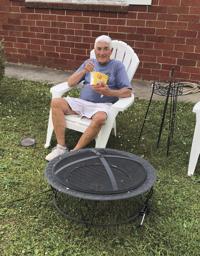 As the old adage goes, if life hands you lemons, make lemonade.

As Jamie Wyatt looks at it, her father, Lewis Wyatt, has made a magnificent batch of lemonade, enough to share with anyone looking to find something good these days.

Lewis – or Lou as many people know him – has taken full advantage of life altered by the extended outbreak of COVID-19.

Neighbors and friends along the Morningside neighborhood where Jamie and Lou live provide the proof of it frequently.

“Everyone keeps an eye on him for me and they’ll send me pictures of him,” she says. “He walks the dog twice a day and they’ll take a quick photo and send it to me.”

As store leader at Maurices in College Square Mall (and celebrating 20 years with the company this year), Jamie appreciates the efforts of her neighbors. She knows he’s rarely truly alone while she’s at work.

Jamie settled back into Morristown after several years of business travel. When the company downsized, she seized on the opportunity to come home.

It was a change most advantageous for both daughter and father.

“I was able to come back here at a time he was showing signs of needing some help.”

Approaching 85 in October and a military veteran, Lou remains as active as possible. Always on the go in years past, he has hiked the Grand Canyon and parts of the Appalachian Trail. A frequent trek locally has been the trails in Panther Creek Park.

“I’m glad he still walks. It keeps him active and physically in better shape,” Jamie says.

But Lou is not about to deny himself one of the magnificent perks of making it to octogenarian status: naps.

“If he sits down, he falls asleep,” Jamie says with a chortle. “If I lose him for any length of time, I go looking for him and I’ll find him asleep somewhere. He’s just carefree and knows he can sleep any time he wants.”

Unhurried and unburdened walks through the neighborhood and refreshing naps are not the only perks of Lou Wyatt’s life.

Jamie keeps everyone up to date on her dad’s latest escapades on her Facebook page, sprinkling his exploits in with updates on store news. She says it allows her a special connection to the community, both for her professional life and her personal life.

“I like to hashtag it, #LivingwithLou,” she says laughing.

For example, he eats ice cream straight out of the carton. But, being considerate, he’ll put the sweet treat back in the freezer, often with the spoon still in the carton and at least one small measure of ice cream in the bottom.

There was the time a watermelon went missing. A new refrigerator in the house had a bottom drawer freezer. Lou thought that was the perfect place for the melon and in it went, leading to a new definition of “ice-cold watermelon.”

One of Jamie’s favorite memories was a cruise a few years ago.

While the rest of the family was busy getting dressed for that evening’s Captain’s Dinner, Lou – already dressed – takes off to the dining room. There, he meets the cast and is immediately commissioned for a special role in that evening’s entertainment.

“So the show gets started and they start playing ‘YMCA’ and he goes up on stage with them. He was having so much fun.”

For all the good times Jamie has with Lou, there are some drawbacks.

“It’s a kind of role reversal, child taking care of parent,” she says. “And that’s fine. He was always there for me.”

Added to the challenges of age these days is the mounting effects of isolation in light of coronavirus.

“I am seeing some loss of cognition. There’s a decline, I think, because of the lack of interaction,” Jamie says. “He misses his friends, going to church and seeing people. He was part of a ‘coffee club’ at McDonald’s and he’s not getting to do any of that these days.”

There is stress of another kind taking its toll, as well.

“His twin sister is in The Heritage Center for her care,” Jamie says. She believes that situation weighs heavily on Lou.

“For now we’re all good. But it may be sometime in the future we might need some help,” she said.

Family is an important factor in for Jamie and Lou’s life.

Jamie’s mother, Deanna Smallman, who lives independently in another part of town, stops by frequently. Jamie’s daughter, Olivia Almany, who Lou helped care for as a baby, checks in often. Now 21, grandfather and granddaughter are still close.

“I believe all this (the impact of the coronavirus) will end up making families a lot closer. They’re together more and they’re getting close again, more than they might have been before.”

For now, Jamie has the family support she needs, as well as that of three dear friends who manage time together on front porches and social distancing observed. Work has had its own benefits which has supplemented her well-being.

“Coming back to work was great. It’s been a break for me.”

As for Lou, he has a practical view of it all.

“He’s not terribly worried about it. He wears a mask, uses hand sanitizer. But he’s said ‘if it’s my time to go’ …” Jamie says, trailing off.

For now Jamie and Lou are busy doing what they obviously do best: taking care of each other.

And maybe catching a quick nap.