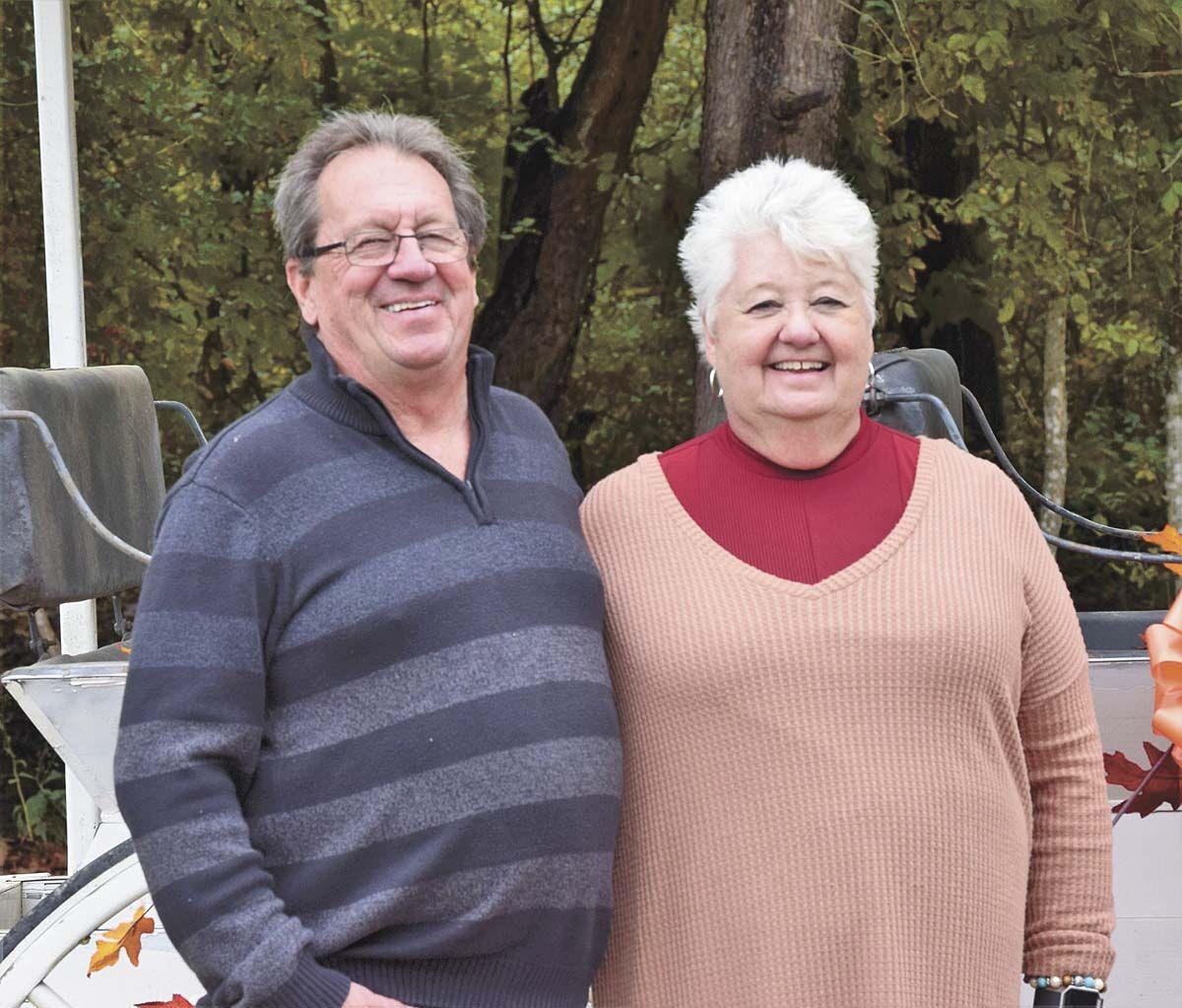 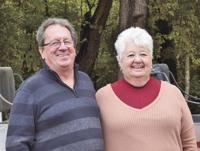 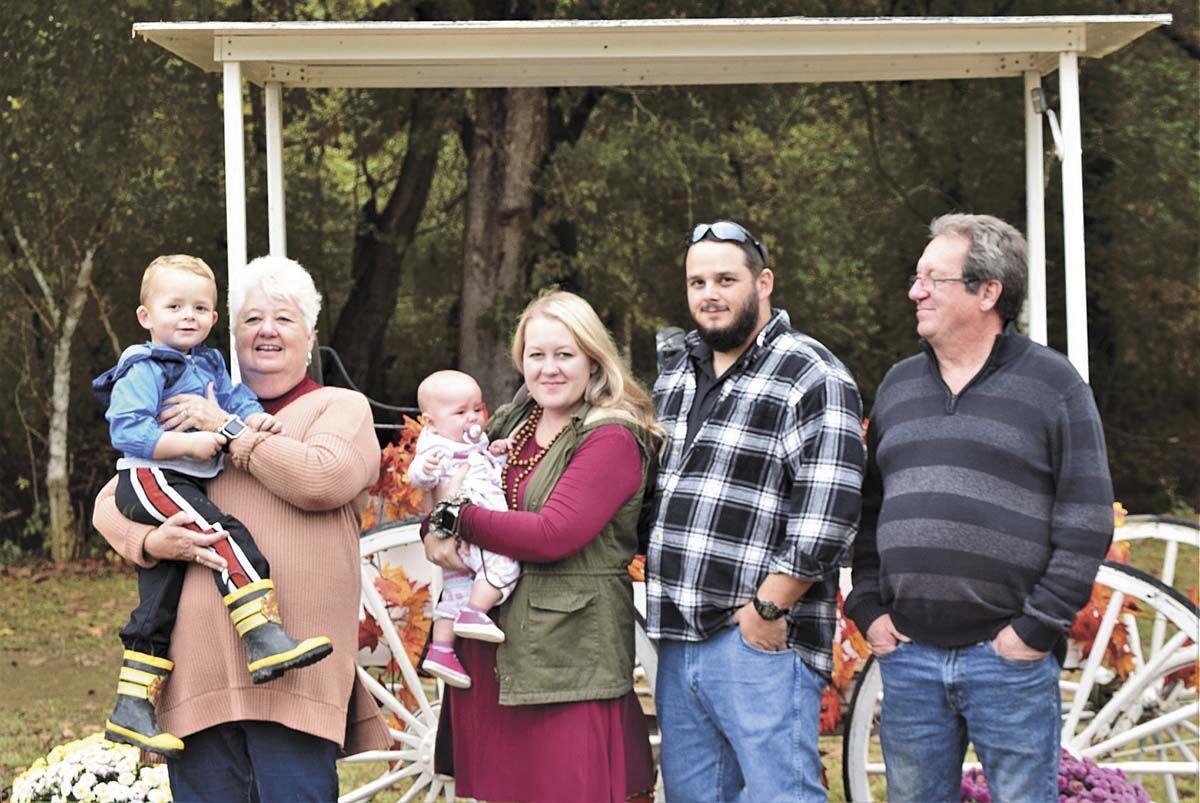 For Bobby and Jeanette Edens of Bulls Gap, being grandparents is everything they hoped it would be and much more.

“We were ready for grandparenthood,” Jeanette said. “I couldn’t wait!”

The Edens have led very active lives. Bobby is a well-known dirt track racer who raced his share of events at nearby Volunteer Speedway. He also served as a teacher and assistant principal at Cherokee High School for many years before retiring a few years ago. Bobby also drove a school bus route for Hawkins County Schools.

Bobby still gets to go to the track to watch his son-in-law, Cody Bean, race most Saturday nights.

Jeanette has been in the banking industry most of her life. She was employed for many years at Bank of Bulls Gap, which later became GreenBank. After that merger, Jeanette worked for First Community Bank in Rogersville. She later got an opportunity to return to Bulls Gap where she serves as branch manager of Apex Bank, a community bank based in Camden that has branches in Greene and Hawkins counties.

When the grandchildren come to visit Bobby and Jeanette, their eyes light up with excitement.

“I like the joy of seeing them come, great us and play with us,” Jeanette said. “We pretty much love every moment.”

Their daughter, Tosha, is a teacher at Saint Clair Elementary School. Tosha and Cody have two children, Jax, age three, and Kimber, age one.

“We’ve been on vacations and love to camp,” Bobby said. “We also have a pool and we go out on the boat, too.”

For Bobby, he was close to his grandmother, but she lived out of state in West Virginia. When he did get to see her, he made the most of his time with her.

“I used to spend my summers with her in Farmington, West Virginia,” he said.

Jeanette’s grandparents were located in the Bulls Gap area, but she only got to know the grandfathers on both sides of her family.

When it came time for grandchildren, it was a split proposition on what each of them wanted.

“Bobby wanted a boy, I wanted a girl,” Jeanette said. “We wouldn’t take a million dollars for either of them. We have enjoyed watching them grow.”

Milestones in the children’s lives are marked by the Edens.

“In the last few weeks, Kimber has learned to walk,” Jeanette said.

Jax is getting ready to embark on his educational journey, to preschool.

“Jax is everywhere,” Jeanette said. “He’s sharp as a tack, he’s getting ready to learn more in preschool.”

The Edens are busy with their lives and the grandchildren, but they wouldn’t have it any other way.

“I want to be with them as much as possible,” Jeanette said.

The idea for Grandparents Day came about in 1969 when nine-year-old Russell Capper sent President Richard Nixon a letter suggesting a day should be set aside to celebrate grandparents.

Rose Mary Woods, personal secretary to Nixon, sent a letter to Capper saying, “Your suggestion regarding a Grandparent’s Day is appreciated, but the President ordinarily issues proclamations designating periods for special observance only when a Congressional resolution authorizes him to do so.”

The idea came up again in 1977 when Marian McQuade was recognized nationally by the U.S. Senate and President Jimmy Carter as founder of National Grandparents Day. McQuade wanted to educate the youth about the importance of seniors and the contributions they have made throughout history. She urged the youth to “adopt” a grandparent and learn more about their lives, challenges, and desires for the future.

Later that year, a joint resolution was introduced to the U.S. Senate designating the first Sunday of September after Labor Day each year as National Grandparents Day. Carter signed the proclamation on Aug. 3, 1978.