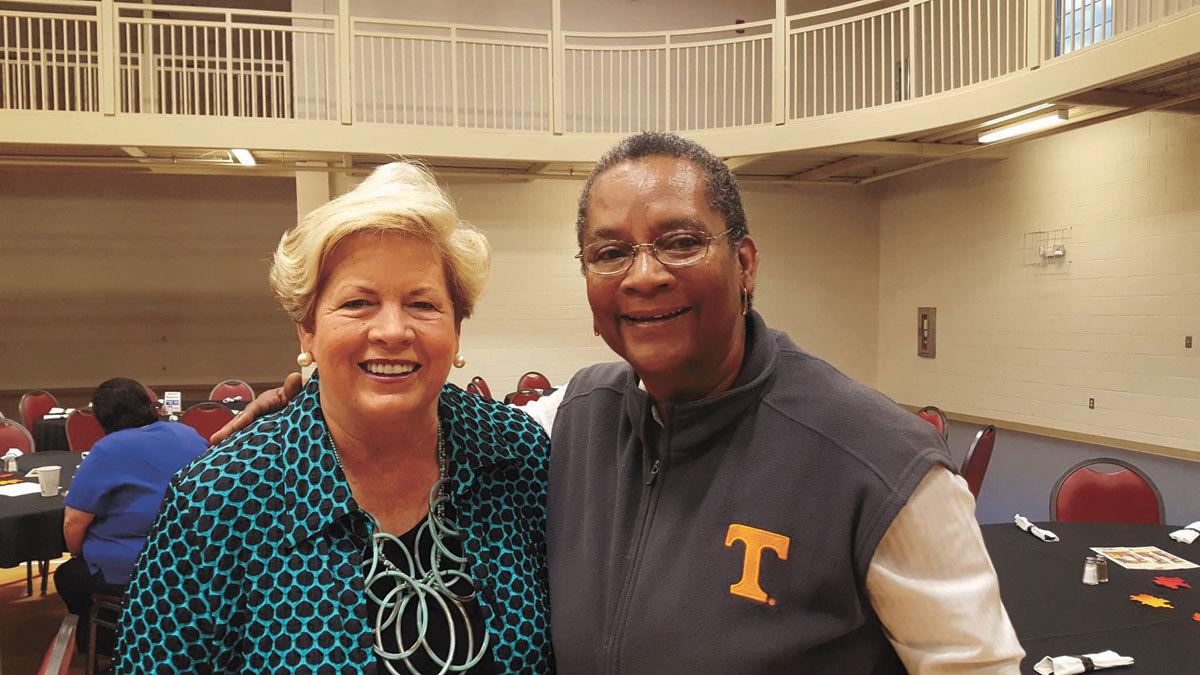 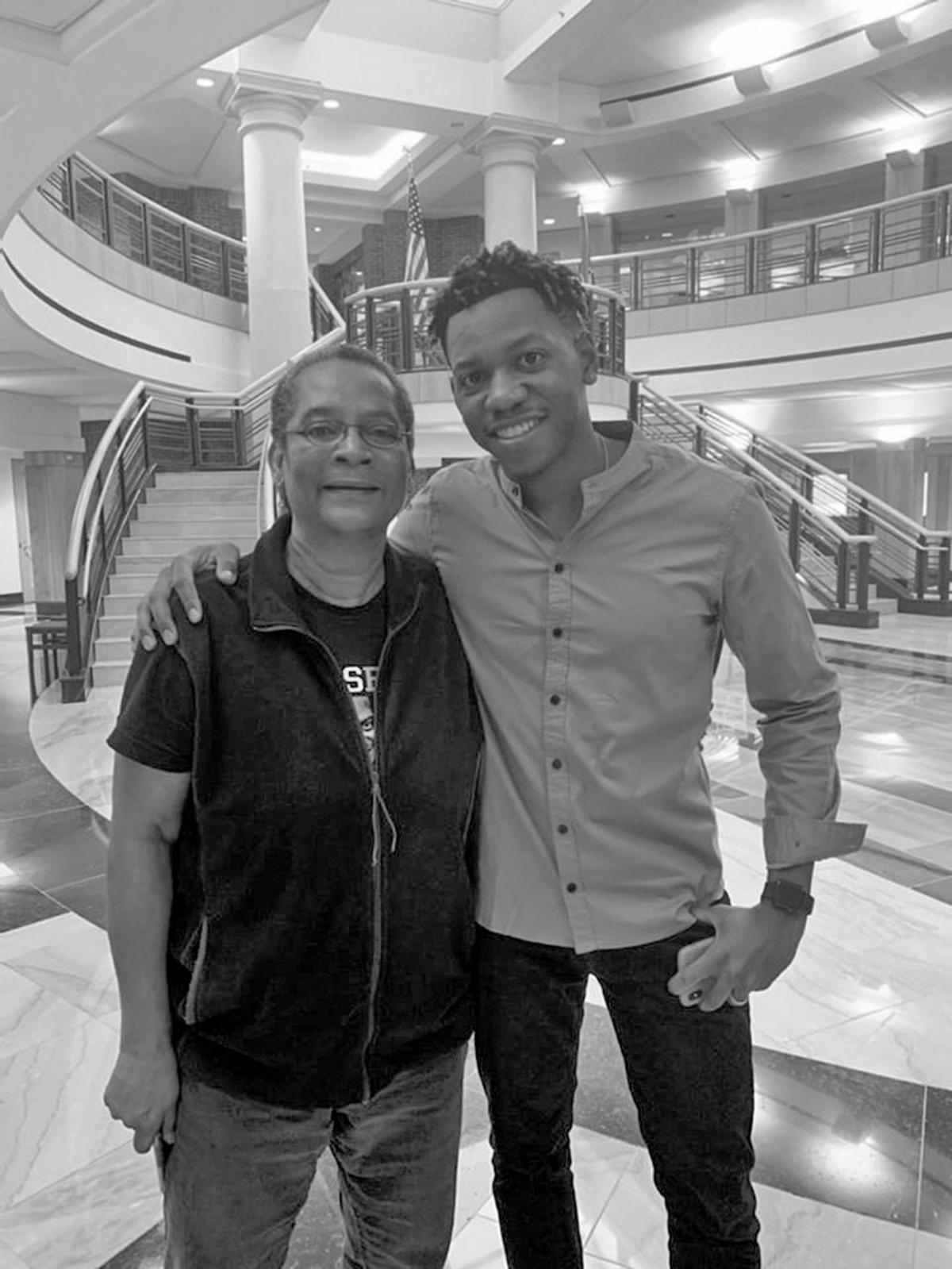 Alpha Alexander poses with winner of ‘The Voice’ Chris Blue. 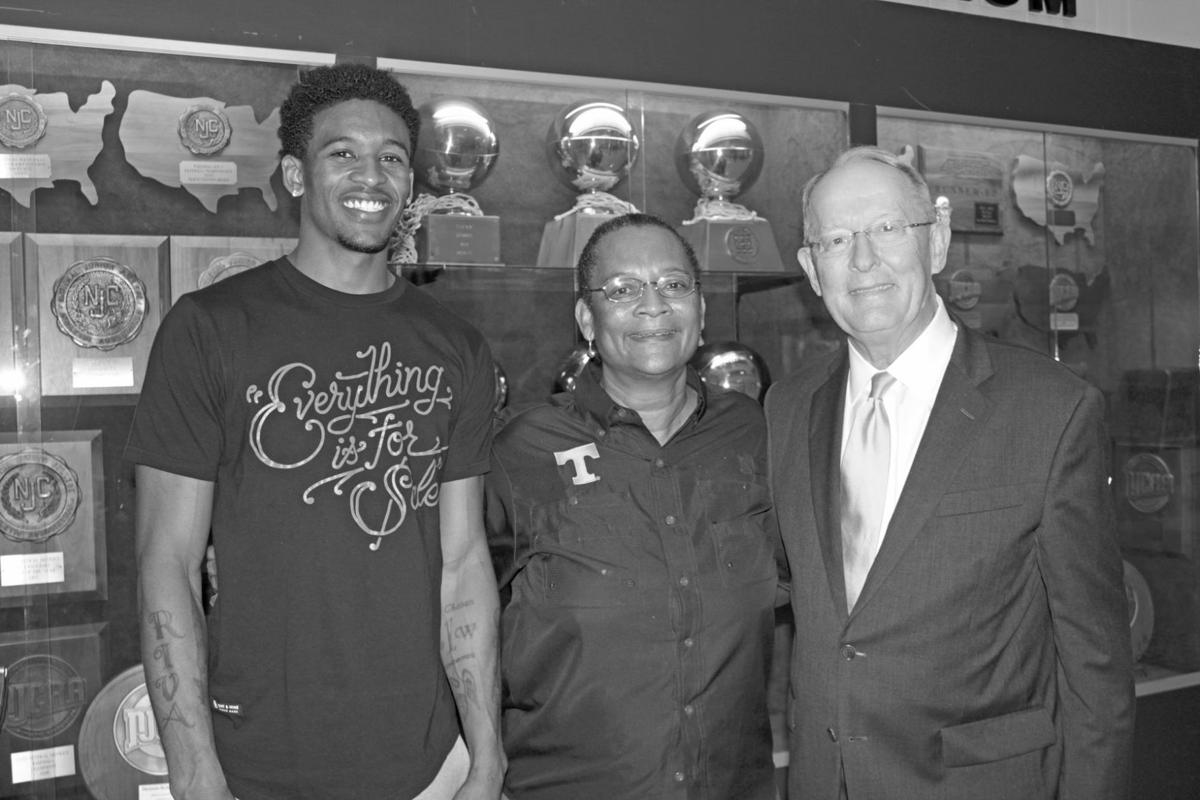 Alpha Alexander poses with winner of ‘The Voice’ Chris Blue.

When the calendar flips from February to March, the madness begins for most basketball fans.

For Dr. Alpha Alexander, an entirely new season begins, but her “madness” goes on well past March.

“First, it’s March Madness. Then (former University of Tennessee standout) Tamika Catchings goes into the Women’s Basketball Hall of Fame (in June),” Alexander said. “Then the WNBA season starts, and then at the end of July, the Olympic Games in Tokyo start.”

Alexander, who is currently the fitness director at Walters State Community College, will be cheering on her Tennessee Lady Vols during the NCAA Women’s Basketball Tournament. She said the team has made progress under first-year coach Kellie Harper, but a national championship run is likely not in the cards – at least not this year.

“This is the first year with their new coach, and they’ve made a lot of progress,” she said. “I don’t think they’re gonna make the Final Four, but they’re pretty good this year.”

At least one person has called Alexander a “superfan.”

“On the administrative side, I still feel close to basketball.”

The growth of women’s basketball mirrors Alexander’s own journey in the game. Growing up in Dayton, Ohio, there were no girls’ sports. During summers, she would get south to Tennessee to visit cousins in Morristown, where girls’ sports existed – and she would see her cousins’ trophies accumulate every year.

“It did hurt (for my cousins to be able to play and I couldn’t),” Alexander said. “Basketball is in my blood, and in my heart.”

By the time Alexander reached college at The College of Wooster in Wooster, Ohio in 1972, Title IX, the landmark civil rights law that opened the door for women’s college sports, as well as girls high school sports, had been signed into law. Alexander played four years of college basketball – and earned some honors of her own.

“There have been some tremendous changes,” Alexander said. “I’ve seen it come from not having any girls’ sports for me to play to being named to the NCAA Silver Anniversary Award Class (of 2001) to the 100 Athletes of the Century to watching the birth of the WNBA.”

“You can’t find a ticket to those games,” she said. “They worked hard building those programs over many years. There are many other coaches at other schools who have also done a lot to help build the sport, but they have been at the forefront.”

Alexander shared a story about a chance meeting Catchings when she was moving to Tennessee from New York in 2001.

“When I was moving to Morristown from New York City, I was flying through Dallas,” she said. “I was getting my bags, and Tamika Catchings helped me get my bags in my car.

“Two days later, (the September 11th attacks) happened. That’s how I remember the moment. She was very kind and helpful.”

When Alexander relocated to Tennessee, she also relocated her pro basketball fandom as well.

“I used to be a huge New York Liberty fan, but since I moved to Tennessee, I became a (Los Angeles) Sparks fan because of (former Lady Volunteer) Candace Parker,” she said.

Alexander attended last year’s WNBA All-Star Game in Las Vegas, and remembers the game with joy – as well as sadness. She remembers seeing perennial NBA All-Star Kobe Bryant at the game with his daughter, Gianna. Bryant was killed in a helicopter crash along with his daughter and nine others last month. However, she instead chooses to remember the contributions of Bryant to women’s basketball.

“The development of men developing their daughters (playing basketball) is a wonderful thing,” she said. “Kobe Bryant (was at the game) with his daughter – and it was tragic when they died.

“She would have done some spectacular things (as a basketball player), though she was a Connecticut fan, not a UT fan.”

There will be no WNBA All-Star Game this year because many of the women will be representing their respective countries at the Olympic Games in Tokyo. Alexander’s journey has taken her to the Olympics, not as an athlete, but as a representative, serving on the Olympic and Pan-American Sports Advisory Council, the United States Olympic Committee Board of Directors.

“I was blessed to be at the Olympic Games in Barcelona, Spain. I was leading a U.S. delegation for youth games,” she said. “I also led another delegation to the Winter Games in Nagano, Japan.

Alexander did offer some picks for the Women’s NCAA Tournament. She said the Final Four would end up being Baylor, Oregon, South Carolina and possibly, UConn, with the Gamecocks being the last women standing when the dust settled at the end.

Alexander said the Sparks will win the WNBA title because of the offseason changes the team made that will restore chemistry and make the offense more lethal.

“There have been a lot of personnel changes (around the league), but I think the Sparks can win it all this year,” Alexander said. “(Guard Kristi Toliver) was traded back. That was a significant trade because that puts her back with Candace Parker.”

when do you think we’ll get back to normal after the coronavirus passes? This summer, this autumn, winter of 2021 or more than a year?