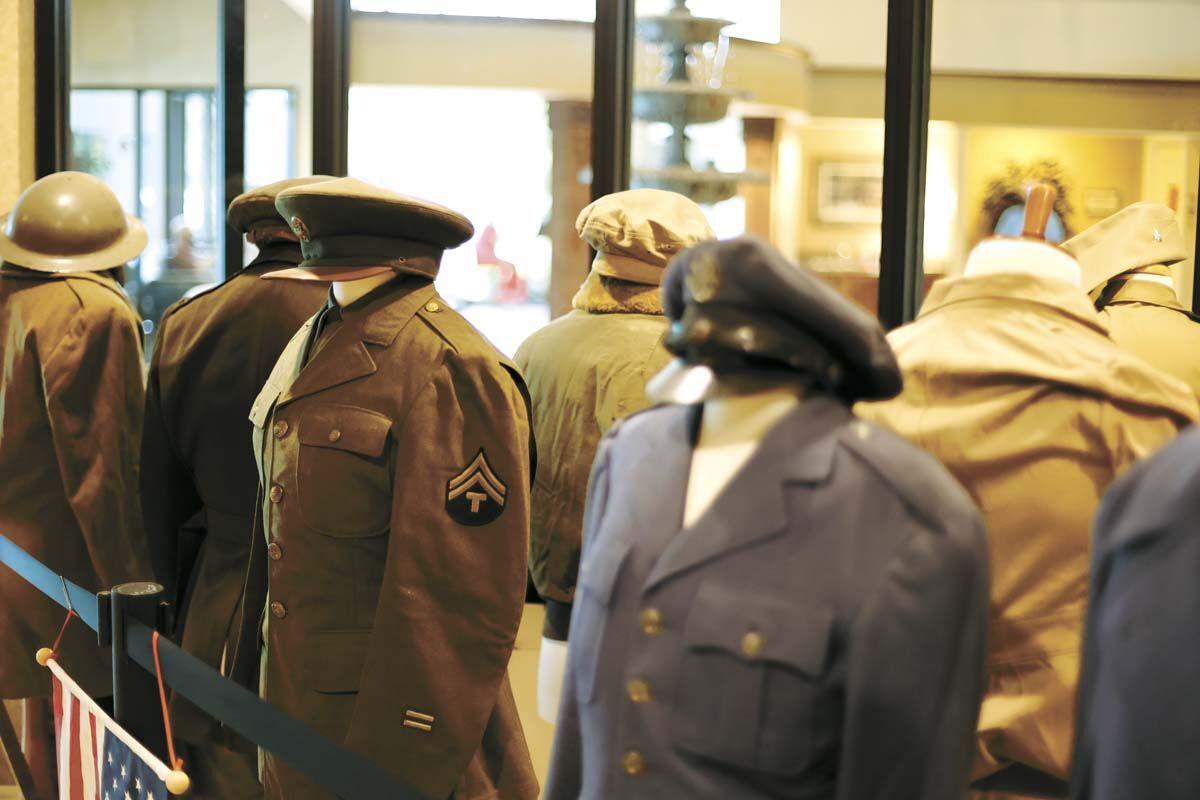 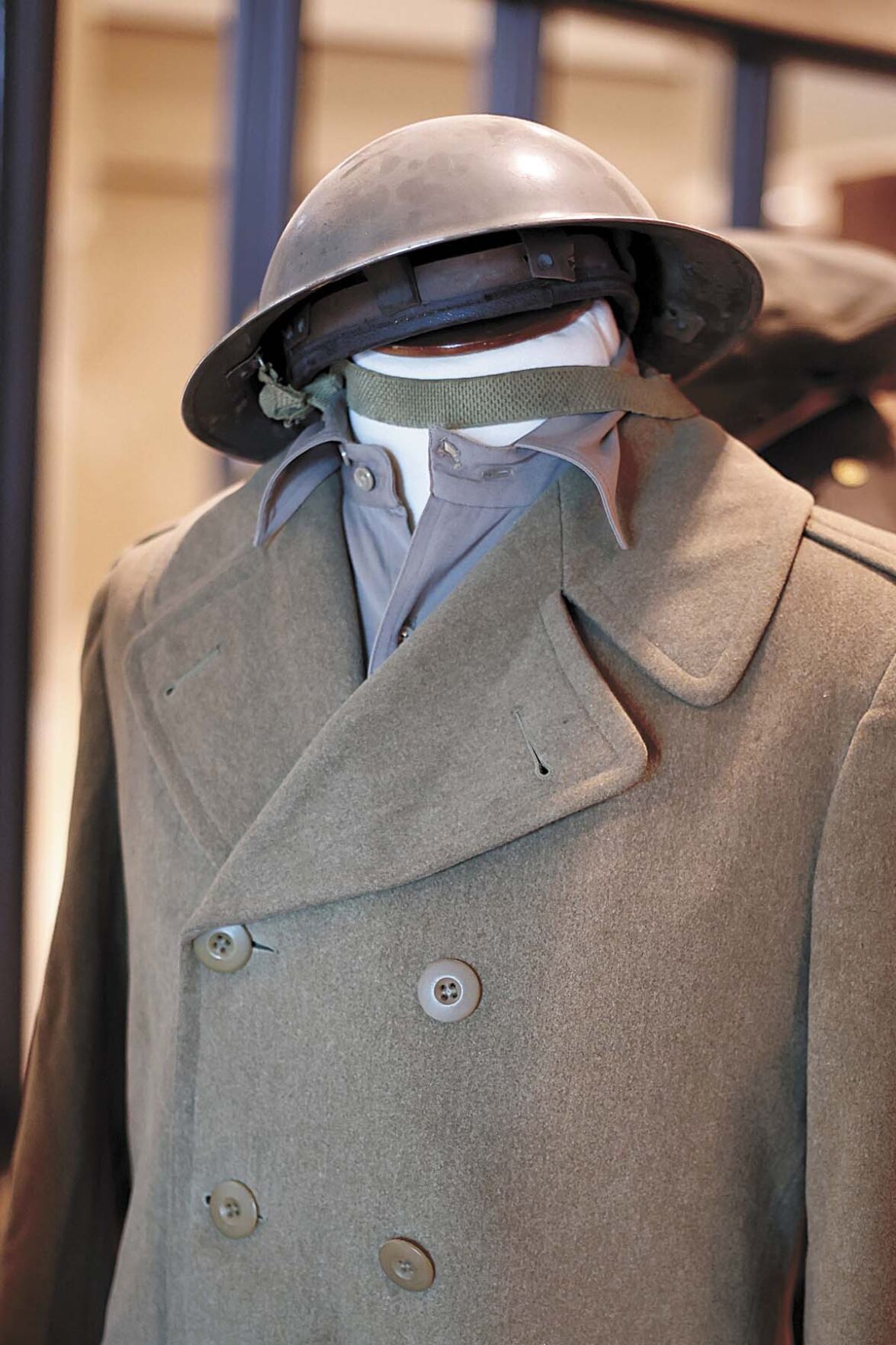 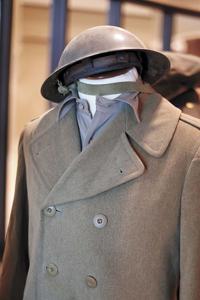 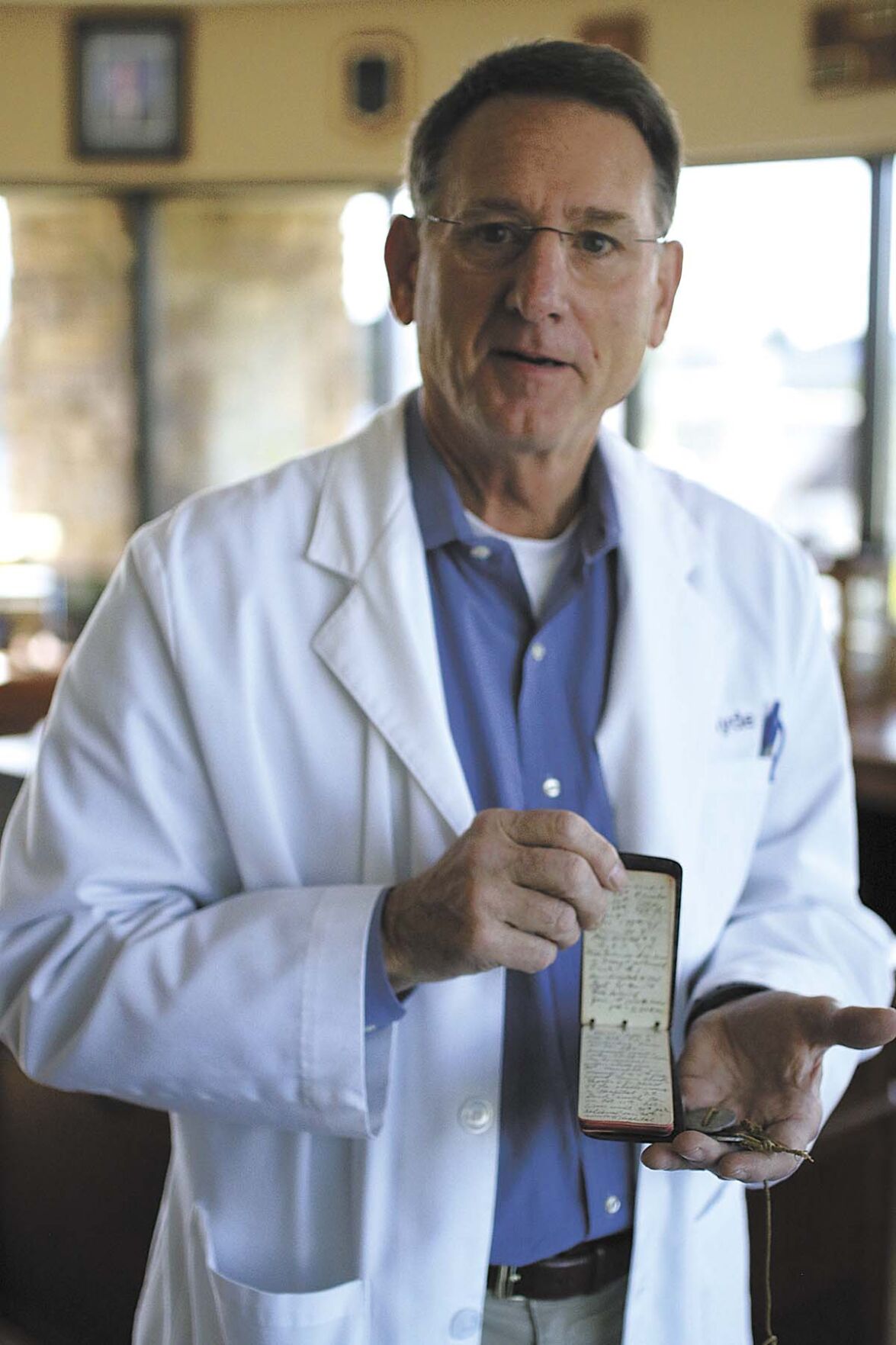 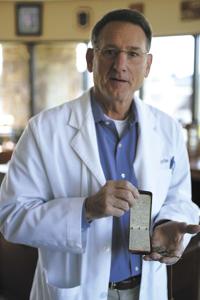 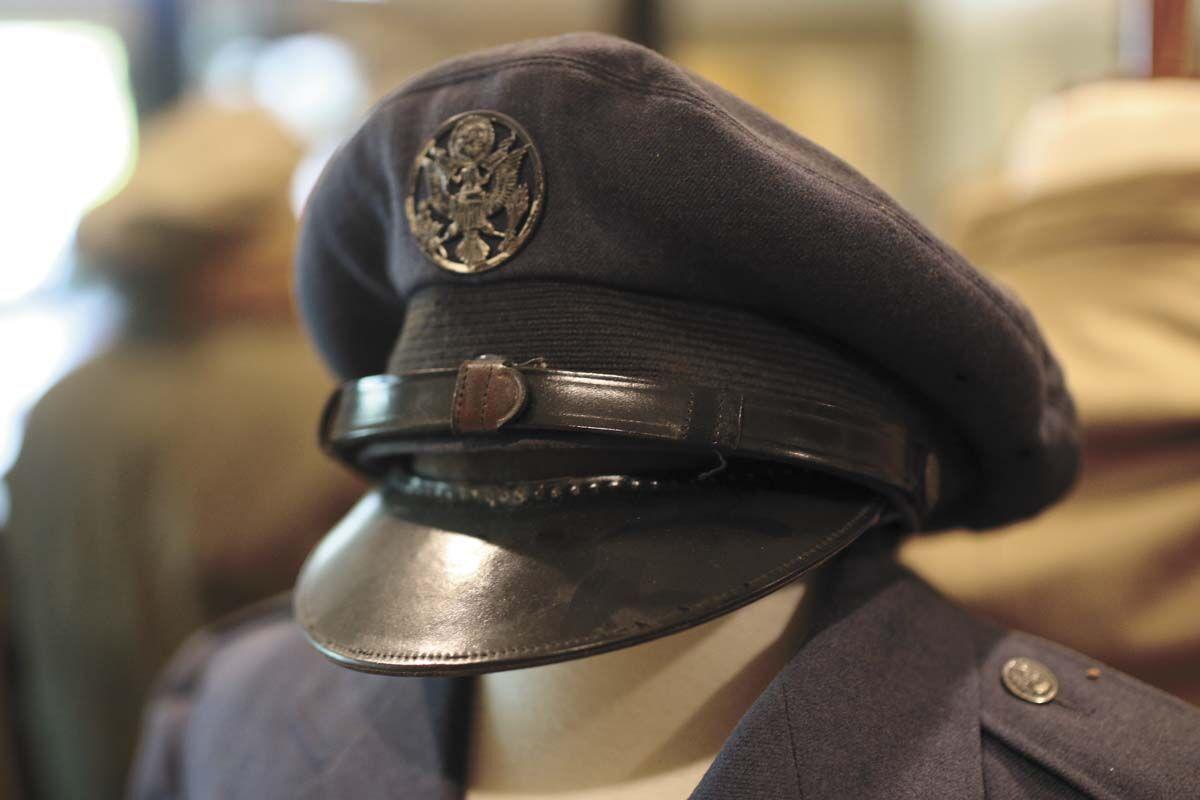 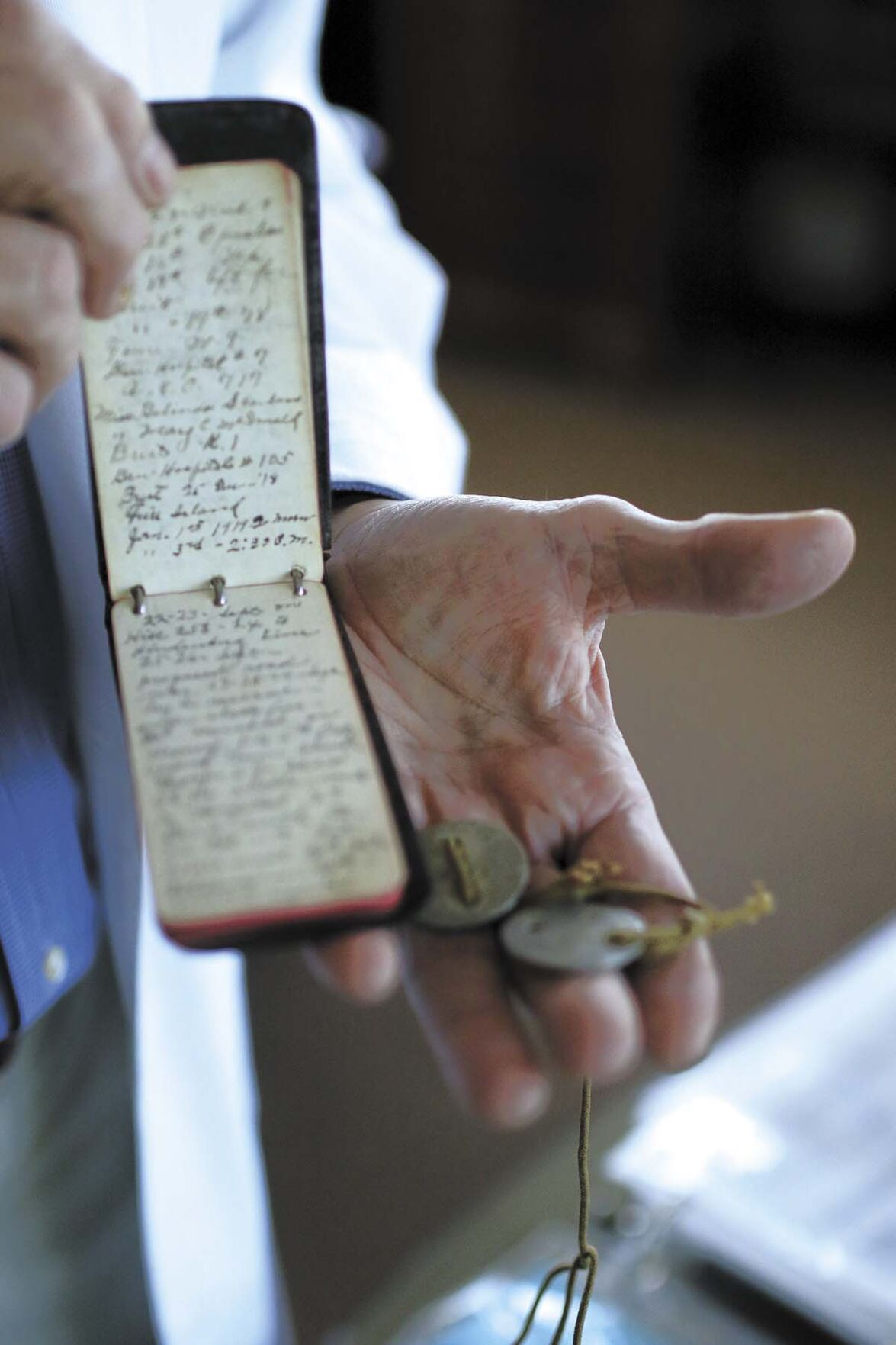 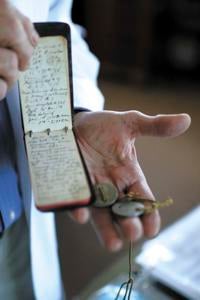 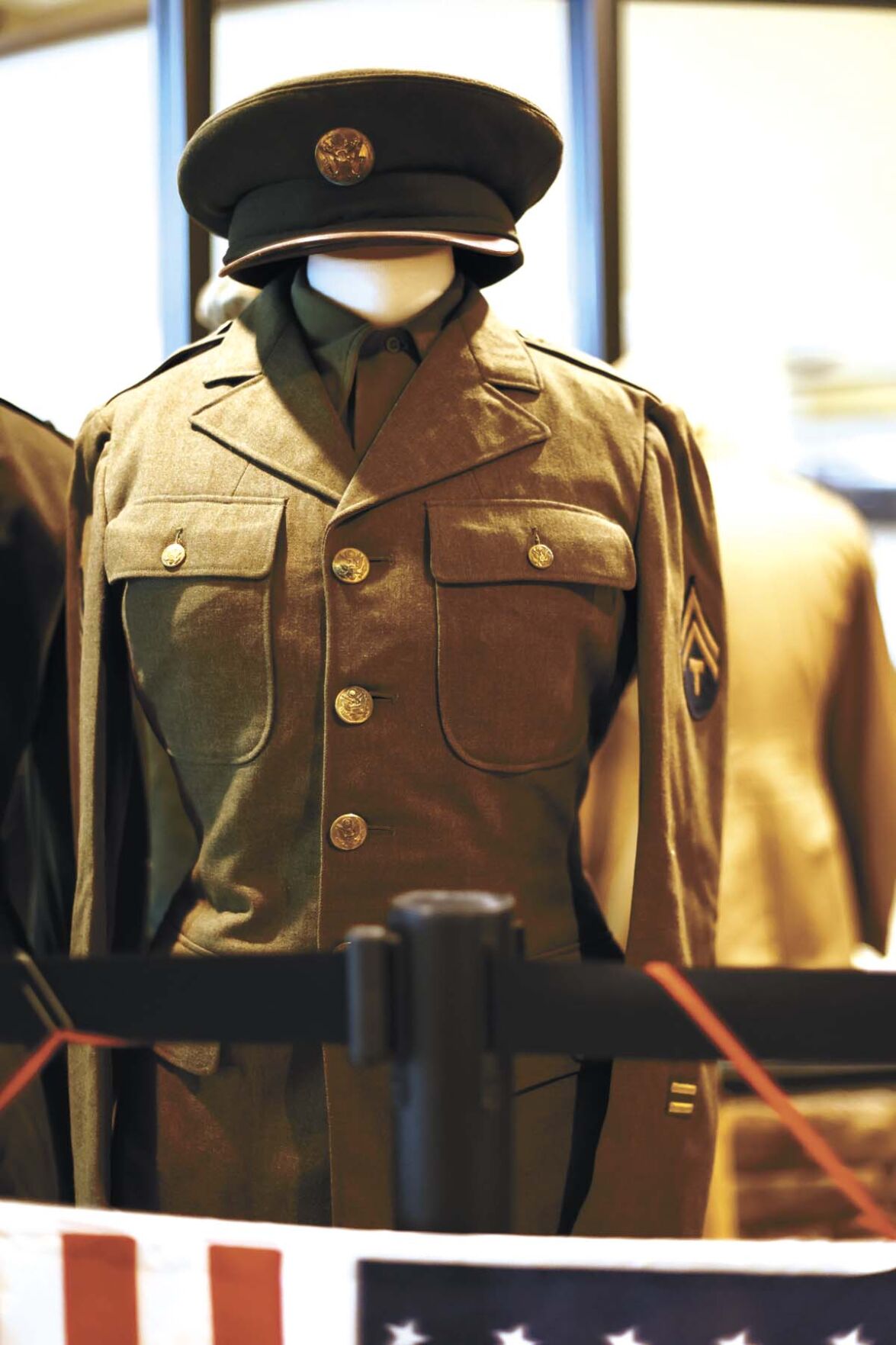 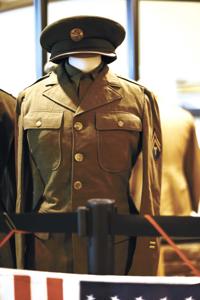 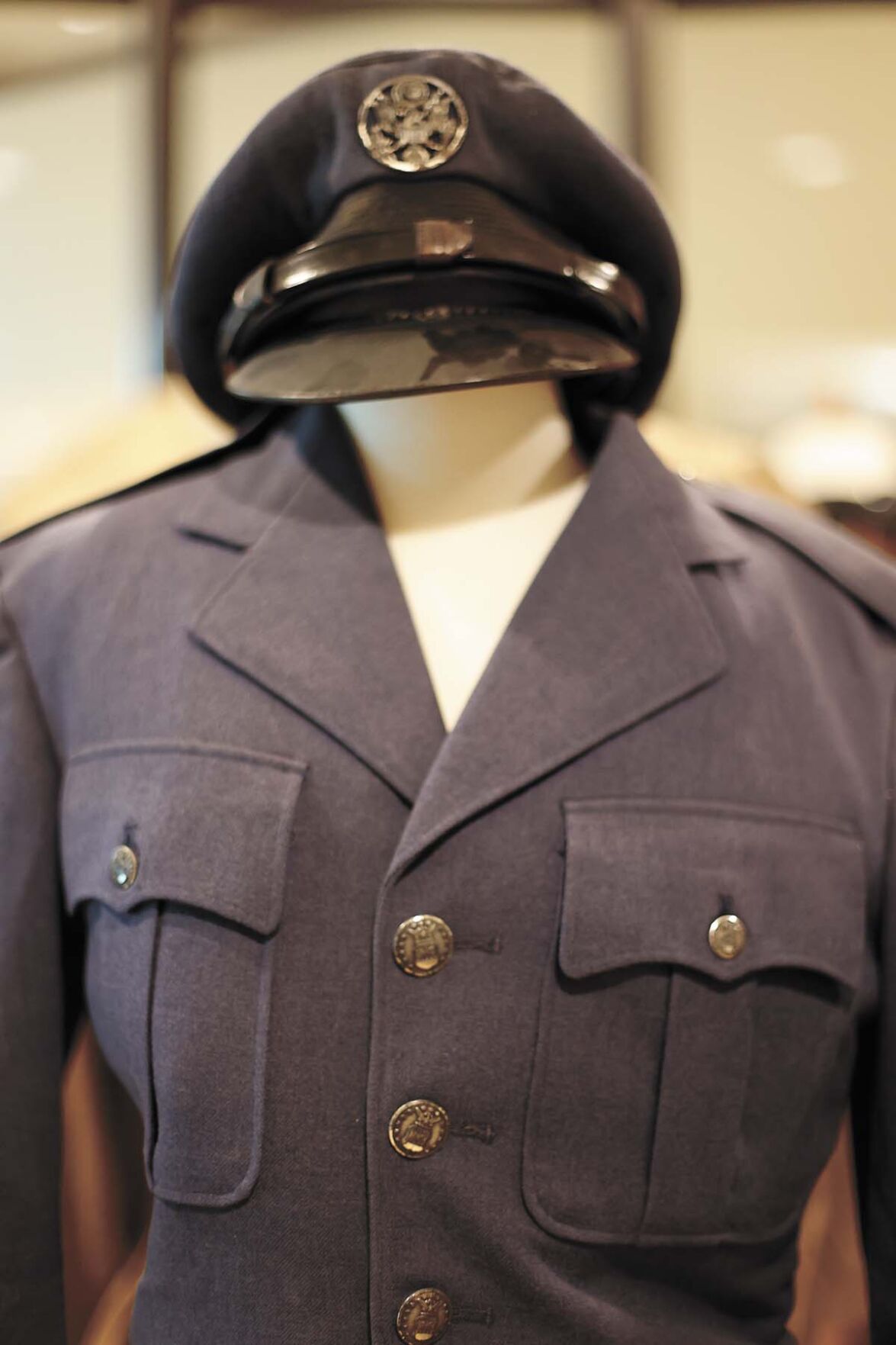 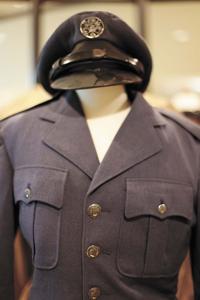 When someone walks into Dr. Tom Hyde’s practice in Morristown the first thing they’ll notice is the ornate fountain that sits squarely in the middle of the lobby. But over to the right is a room filled with military uniforms dating back to World War I. They are displayed shoulder to shoulder and represent a legacy of service and sacrifice that stretch back over the course of 100 years.

Dr. Hyde’s family originally hailed from the western part of the state near Reelfoot Lake. In 1918, a 25-year-old Arthur Hyde was living in Tiptonville when he answered the call to service to fight in the conflict known as “The Great War.”

As a soldier in the 32nd Infantry Division, Arthur fought in many major conflicts and was severely wounded by the chemical agents used by the Central Powers to devastating effect.

Arthur wrote down some of his experiences in a diary he kept and letters he sent home, including some to his future wife, Mary. Finding himself in a hospital in Europe at the end of the war, and not yet healthy enough to travel, he spent his time chronicling his ordeals during the war. In a time before mental healthcare for soldiers was common, Arthur hoped that putting words to paper would help him deal with the trauma he had endured.

“I’ve seen such terrible things,” he wrote. “As I lay here in my bed unable to walk, I find myself fighting my mind to forget what I have seen and participated in. I have decided to make use of my time and write what I remember from my diary of my time in the war in France. Maybe by writing these things down it will calm the horrors of it all in my mind.”

Recovering in body, mind and spirit, Arthur made his way home to Tiptonville and in three months he had married his sweetheart Mary. He put down his uniforms, medals and other tokens of the war to embrace a pastoral life. He became a Bible teacher at his church and started a family. Arthur Hyde passed away in 1946 at the age of 56, his body no longer able to overcome the injuries he brought home from the Western Front.

He left behind uniforms, his writings and a love for family that has endured all the way to his grandson Arthur Thomas Hyde, who goes by his middle name. Mary had preserved Arthur’s writings and keepsakes lovingly in the home they built in Tiptonville. Tom said she was thorough and dedicated in preserving the memorabilia that would provide such valuable future insight.

“My grandmother saved everything,” he said, “I’m talking the uniforms, the documentation, the library of information we’ve collected- my family can study all it.”

Pulled from storage and showing signs of their age, the one hundred year old uniforms Arthur Hyde put away can now be seen on display at Hyde Eye Care in Morristown, along with the World War II uniforms from Tom’s father and uncles. Also honored in the display is family friend Dustin Davis, whose Coast Guard uniforms are on posthumous display.

“I’m at point where I can take a few more days off and my son runs the practice now,” Tom said, “I’m not retired, but the most important thing in life, that God has revealed to me, is family and to teach them not only the history of what we have, but also the family values we share. So my passion and purpose in life now is to assemble all this information and get it ready for future generations to come.”

Tom said his father and his grandfather, who died before he was born, passed down lessons of integrity.

“My father would have said honesty is his biggest virtue and value, and it is one of our family values” he said, and he pointed to the preserved Sunday school lessons written by his grandfather. “One of our family values is becoming a disciple of Jesus Christ, you can go through these records and see he (Arthur) was a teacher of the Bible.”

The heroism and sacrifice of his forefathers is important, but Tom said that what they passed forward to future generations, more than the uniforms and medals, is that dedication to family.

“I love family, and family is the most important thing. Other than God, that’s what it’s all about.”