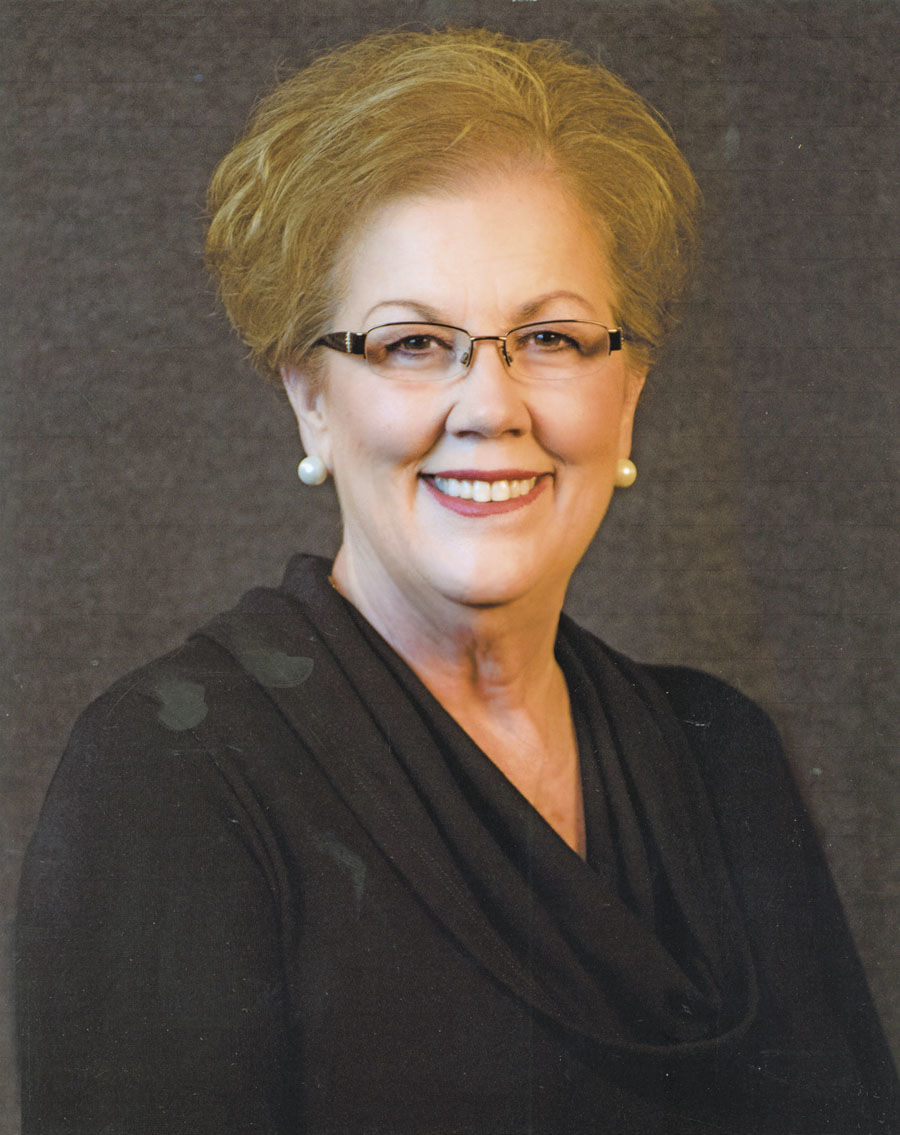 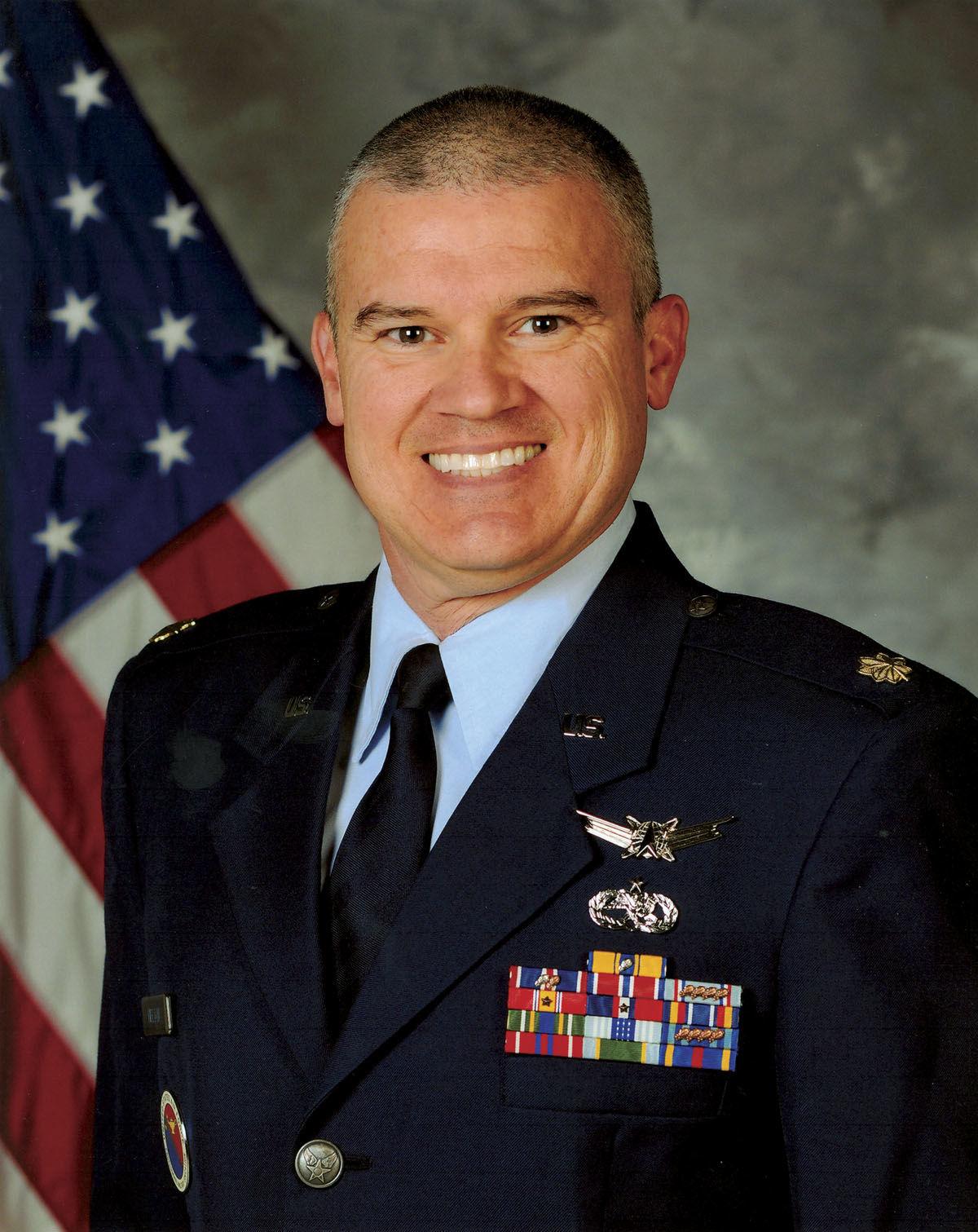 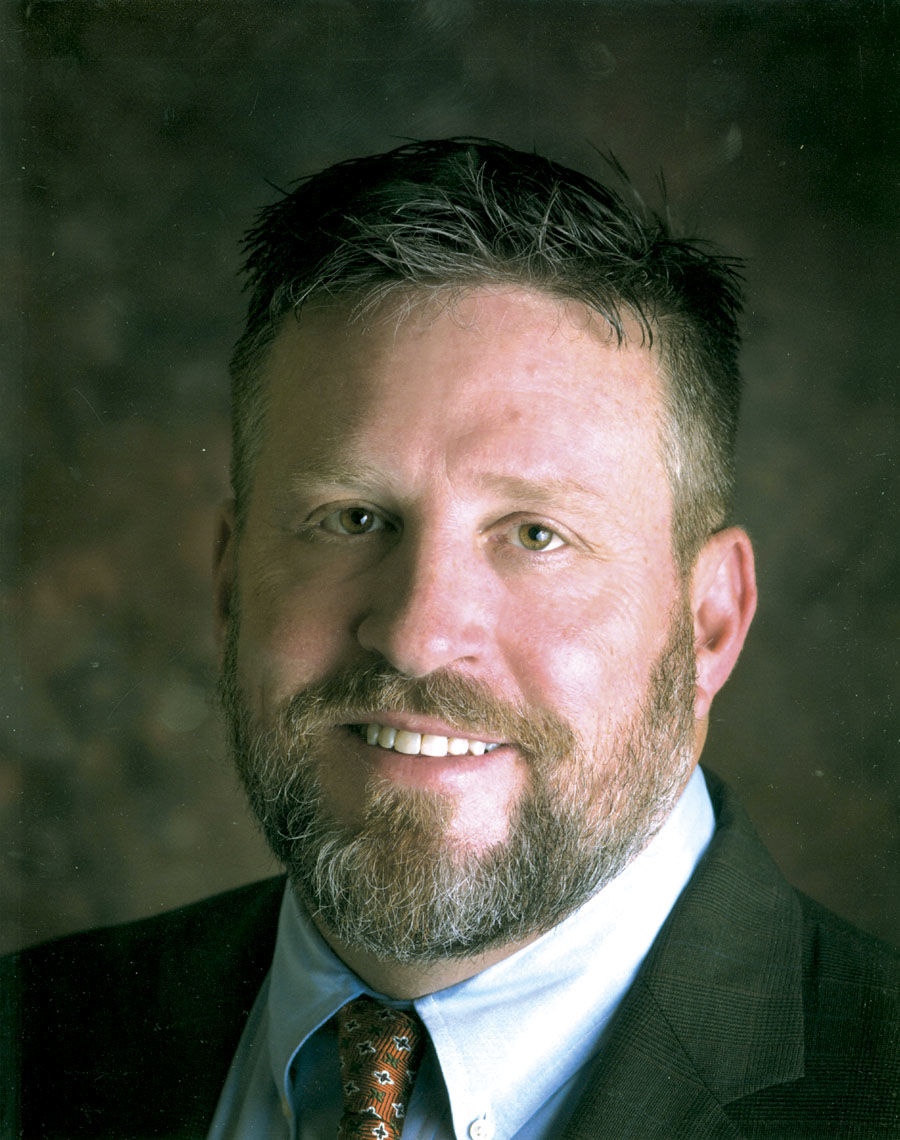 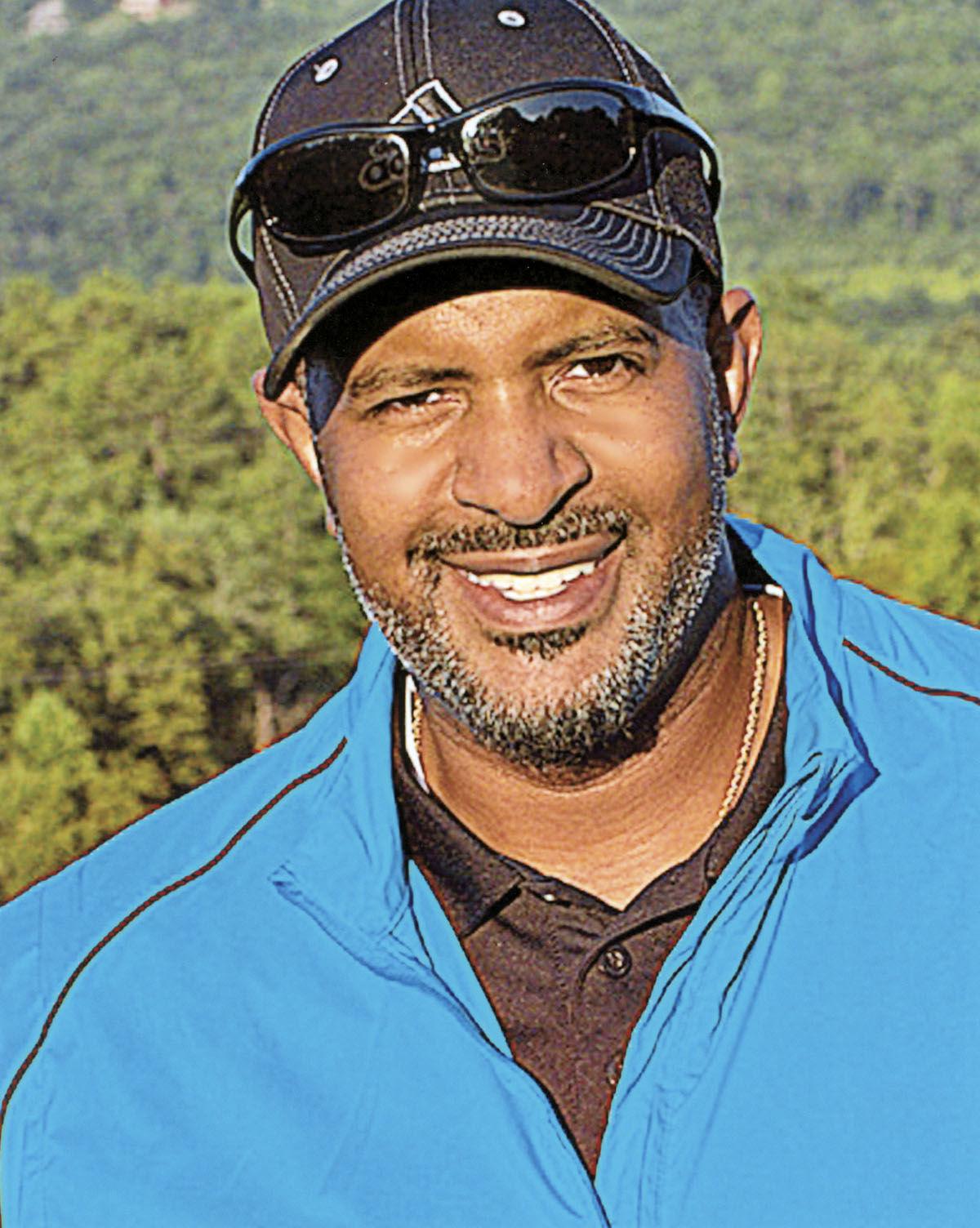 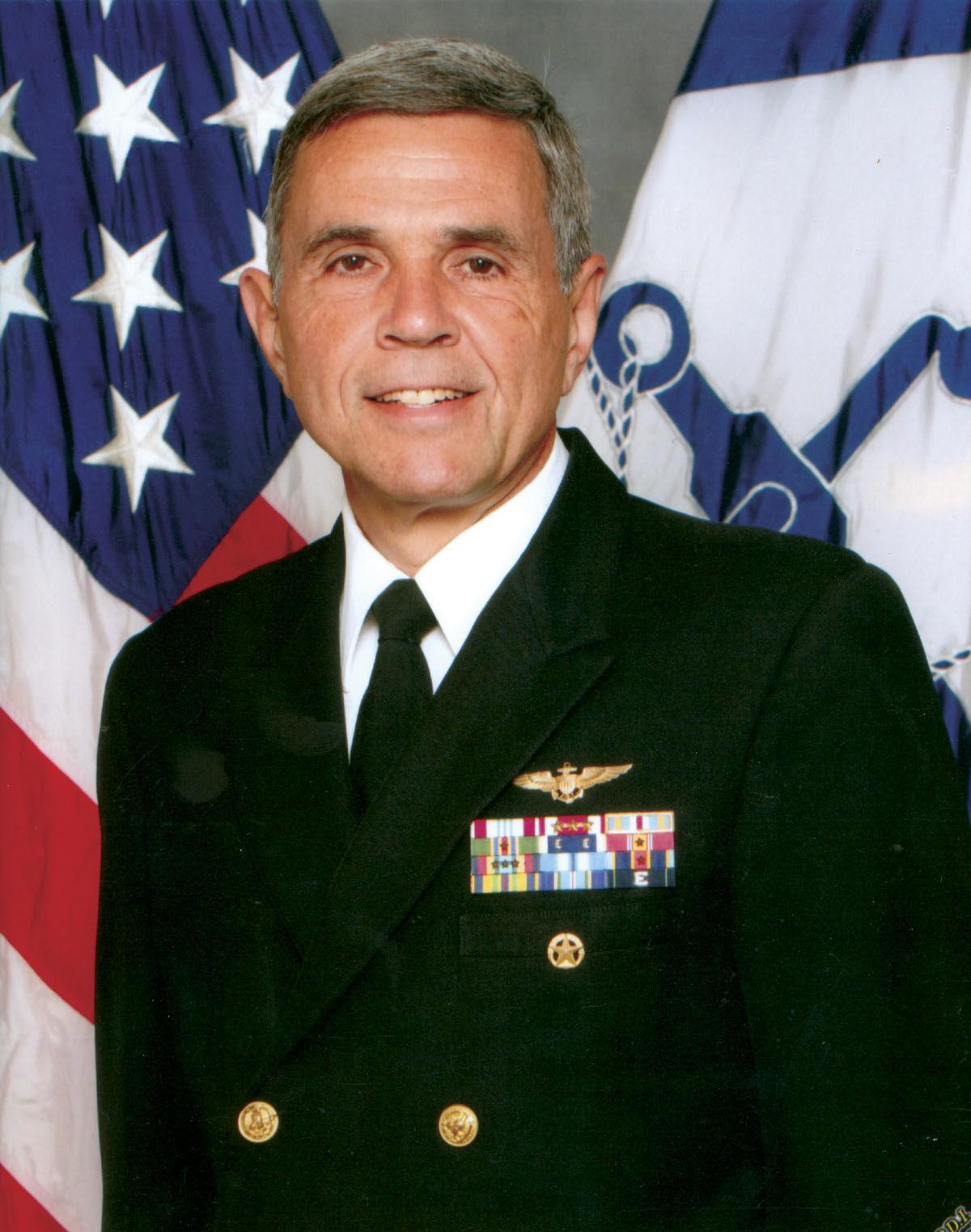 Morristown-Hamblen High School West has selected four alums to join the ranks of the Trojan Army Hall of Fame.

These few were selected based on their impact on the school and what they have achieved since their time at West. They will be recognized at a public induction ceremony, and their photos will hung in the halls of Morristown West for all to see.

Dr. Brenda Dean is a native of Memphis and attended Bartlett High School. Through a National Science Foundation Grant, she was one of 40 high school seniors from across the nation to be selected to work at the Houston Manned Space Center the summer before the first lunar landing.

She received a bachelor’s in science degree from Tennessee Tech, a master’s degree in curriculum from the University of Tennessee and a doctorate in educational leadership from East Tennessee State University.

While at UT, she was named the most outstanding graduate student in the College of Education.

Dean was employed by the Hamblen County Department of Education for 45 years. During that time, she taught biology and chemistry at West High School, served as an assistant principal at East High School and later served as assistant director of schools for curriculum and instruction.

After retiring from Hamblen County schools, she continued to work part time and helped institute the one-to-one laptop program.

Dean currently works at Carson-Newman University as an assistant professor.

Other highlights of her career include working as a national master’s trainer for 20 years with the Southern Regional Education Board and being named to the Johnson University Hall of Fame.

She’s served on several boards and committees including CEASE, RHita, the Morristown Area Chamber of Commerce, the Mayor’s Task Force for Work Readiness and many others.

Dean is an active member of Morristown Church of Christ and is a speaker at Ladies’ Day events nationally and internationally.

She has been married to her husband, John, for 46 years. They have one daughter, Erin.

Maj. David Lucas, a 1990 graduate of Morristown-Hamblen High School West, retired from the U.S. Air Force in July after more than 27 years of service.

Helton enlisted in the Air Force in 1992 as an F-16 weapons specialist. During his 12 years of enlisted service, he deployed to Oman and Jordan in support of Operation Southern Watch. He also served as weapons evaluator at Kunsan Air Force Base in South Korea, competed in the Air Force’s prestigious Top Instructor competition and completed his bachelor’s degree in professional aeronautics from Emory-Riddle University in 2003.

He earned his officer commission and is also a distinguished graduate of the Air Force Officer Training School in 2004. As a space control crew commander, he earned both crew and instructor excellence awards and 2007 Instructor of the Year for the 21st Space Wing.

He also completed his master’s degree in sports management and taught the Air and Space Course at Squadron Officer College at Maxwell AFB, Alabama.

He served as executive officer for the Joint Tactics Squadron at Nellis AFB, Nevada. He also served as operations officer and professor of aeronautics for the University of Memphis ROTC program for the last five years of his career.

His achievements include six Air Force Commendation Medals and a Meritorious Service Medal.

During his time at West High School, he earned 16 varsity letters, was a member of Who’s Who, the Concert and Chamber Choirs, National Honor Society, Beta Club, Fellowship of Christian Athletes and was sports editor of the school newspaper.

He was a Tennessee state qualifier in both track and cross country, was All-Inter Mountain Conference three times, as well as All-District and All-Region in track. He was a member of the first Morristown West team to qualify for state cross country and was named the U.S. Army Reserves West High Male Athlete of the year in 1990.

Helton is married to Rebecca, and has one daughter, Riley, who is a film major at the University of Memphis.

He currently resides in Colliersville, Tennessee, and continues to teach aerospace classes at the University of Memphis.

While at West, he was a baseball and football standout, lettering in multiple sports, including wrestling and basketball for one year each, four years in baseball as team captain and most valuable player his senior year. He was also a member of the Fellowship of Christian Athletes for four years, serving as president his senior year, French Club for two years, Interact for four years and Who’s Who. He was voted Mr. Morristown West and Prom King by his classmates. He was a member of Manley Baptist Church.

Baseball accolades include: All-Inter Mountain Athletic Conference for three years, All-East Tennessee as a junior and senior and Co-player of the 1980s by the Kingsport Times-News, along with two other standouts from Unicoi County and Sullivan North high schools. Walker was also a participant in the 1989 Tennessee All-Star Game as a member of the East team. In 106 career games, Walker set conference, state and national high school records by hitting 54 home runs in his career, with home runs in seven consecutive games, which was second-best nationally ever through 1989.

Today, he still ranks second in the state and 13 the nationally in career home runs. As a sophomore, he led the Trojans with 14 home runs when the team set Class AAA state and school season records with 59 home runs. At the time of graduation, Walker held 17 school records and several conference records. His 20 home runs was the sixth best nationally through 1989. Walker won the IMAC Triple Crown as a senior with a .490 batting average, 20 home runs and 58 runs batted in. His slugging percentage was an IMAC record-best 1.138, a career batting average of .412, and a record career slugging percentage of .938.

He hit home runs in 12 different ballparks against 17 different schools with two home runs in a game 10 times in his career. Walker was picked by the Oakland Athletics in the 1989 Major League Baseball Draft.

After being drafted by the Athletics, Rod chose the baseball path and attended Cleveland State Community College. As a freshman, he hit nine home runs, leading the team to the TJCCAA state and district championships and within one out of going to the Junior College World Series. After his freshman year, he signed a scholarship to continue baseball at ETSU for the final three seasons. He was twice named All-Southern Conference as a junior and senior and chosen several times as the SoCon Player of the Week. In his junior season of 1992, he hit 20 home runs, which was second all-time at ETSU and fourth in the NCAA that year. His 127 career runs batted in was also a school record.

Walker blasted 49 home runs in his college career and was also named a Gatorade Strength and Conditioning All-American in 1992, one of only two baseball players to be selected. At the end of his final season, he was the all-time leader in career home runs with 40 while playing only three seasons at ETSU.

Walker is married to Meg Patterson Walker, and they have four children, Peyton, Campbell, Emery Anne and Hank. They live in Knoxville and attend Cokesbury United Methodist Church. After working in the engineering/manufacturing CAD/CAM sales industry for 18 years, Walker now owns RFR Promotions, LLC and works with schools, athletic teams, 501 (c)(3) non-profits and other organizations in capital and fundraising initiatives.

William Christopher Osborne graduated from Morristown-Hamblen High School West in 1990 and was a member of the Trojan concert and marching bands, freshman and junior varsity basketball teams and the varsity track team.

During his high school years, Osborne worked as a DJ at the local radio station, WCRK. He was the first African-American on-air personality for the station.

He is an inductee into the Meadowview Middle School Hall of Fame.

He graduated from Tennessee State University with a bachelor’s of science in communications and a minor in pre-law. He was a scholarship athlete on TSU’s men’s track team worked in radio and television in Clarksville, Tennessee and Nashville.

After college, Osborne worked more than 19 years in radio and television. He later went into public relations, working with the American Red Cross.

He is now the public relations manager for the Jefferson County Department of Health.

In 2004, he was involved in a hit-and-run accident while riding his motorcycle and his left leg was amputated. Osborne was an on-air reporter and anchor for a Birmingham television station at the time and made his recovery a public experience.

In 2010, he joined the National Amputee Golf Association where he competed in his first national championship in Nashville.

He was the first African American to ascend to the NAGA Board and the first to host a NAGA Championship in 2015.

He the son of Clara Osborne and the late Willie P. Osborne.

He’s married to Tiffany, and they have a 10-year-old son, William Jr., and eight-year-old daughter, Olivia Grace.

Capt. Steve Seal graduated from Morristown-Hamblen High School West in 1972 as a member of the first class to complete all four years at the school.

During high school, he received three letters in football and one in wrestling.

After graduating, he went to flight training in Pensacola, Florida and was designated as a Naval Aviator.

Seal then deployed for three years to Spain and the Azores then later became an instructor pilot in the P-3 Orion.

He also had deployments to Iceland and Spain. In 1990, he was assigned to Washington D.C. where he served as Congressional Liaison Officer representing the U.S. Navy to Congress.

He later served as deputy director of admissions for the Naval Academy and served as a professor of ethics.

Seal retired from the Navy in 2000, moved to Atlanta and began flying for Delta Airlines.

In 2003, he accepted a position of senior naval science instructor at Luella High School in Georgia. While there, he coached the precision air rifle team and the team won a national championship in 2006.

For two years, he was voted Georgia High School Region Coach of the Year.

In 2008, he coached the Orienteering team to the Southeastern U.S. Scholastic Championship.

He then left for Henry County High School in 2009 where he also coached that school’s team to a Region Championship and once again won Regional Coach of the Year.

He retired from JROTC in 2014 and developed an aviation course for high school students.

He has been married to his wife, Beverly, for 38 years and they have two children. His daughter, Rebecca is a nurse practitioner, and his son, Benjamin, is also a Naval aviator.