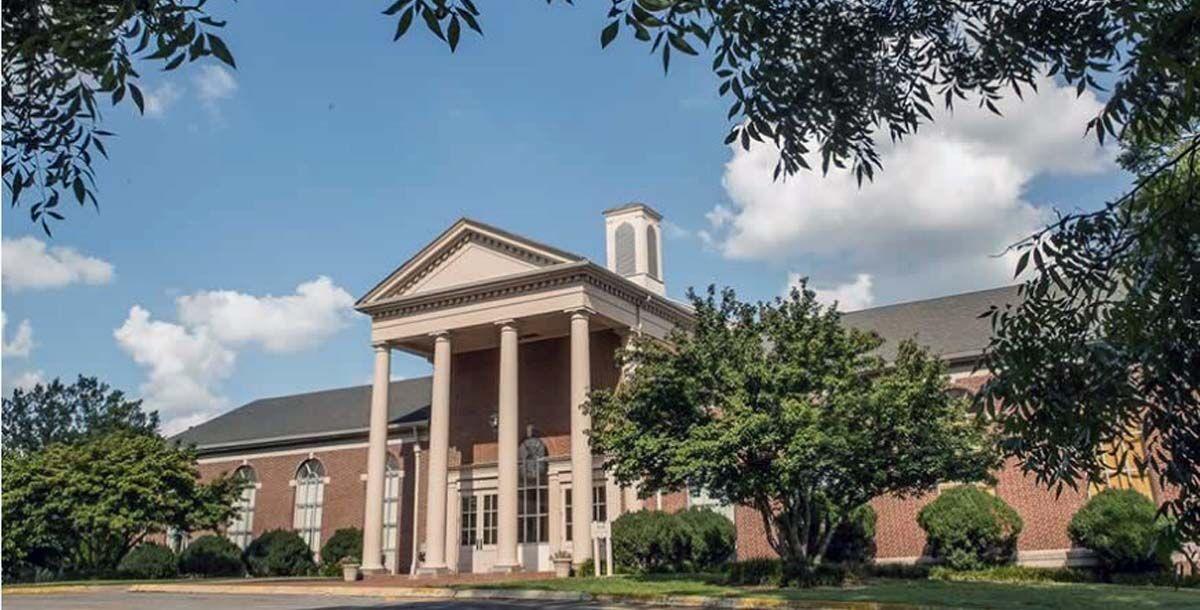 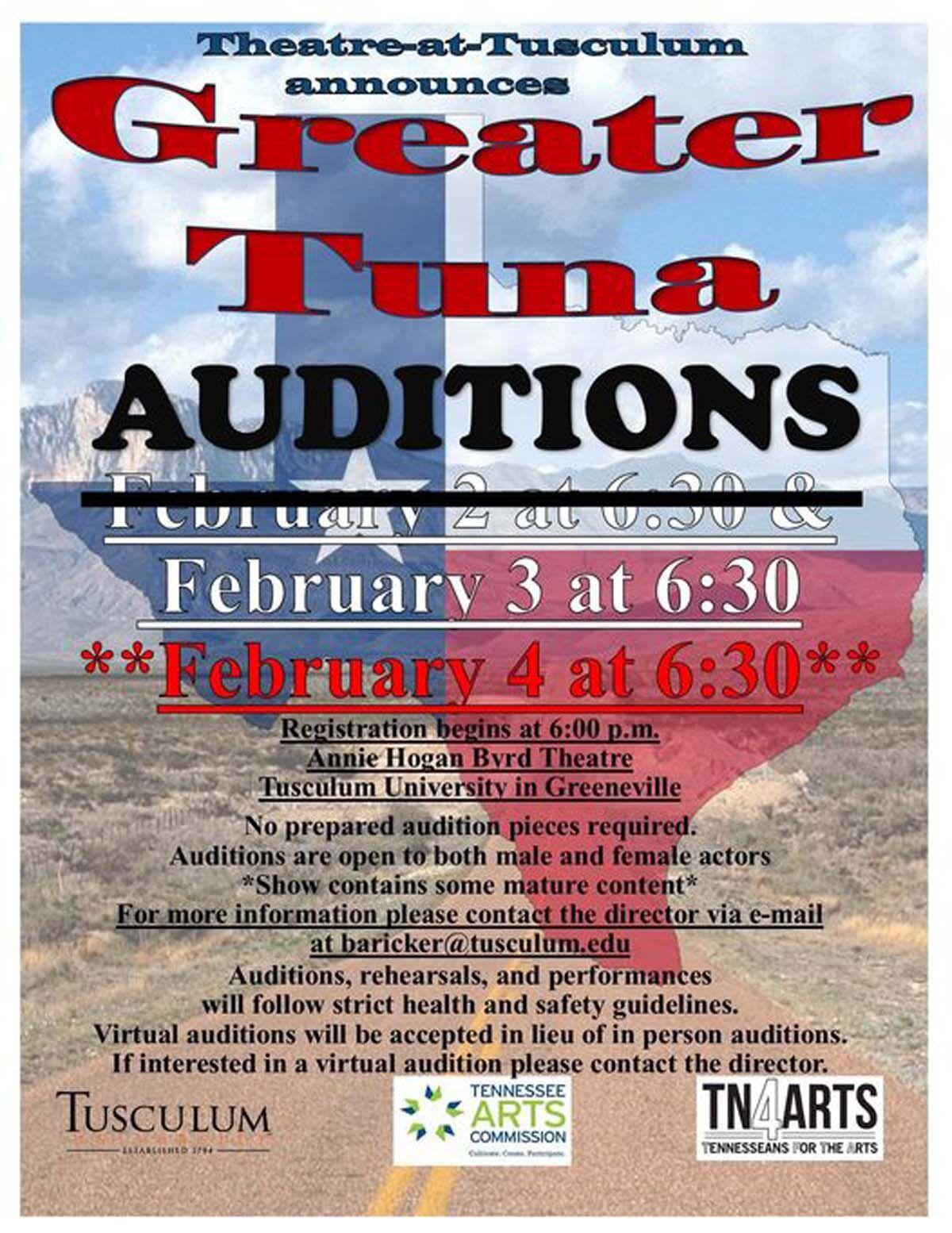 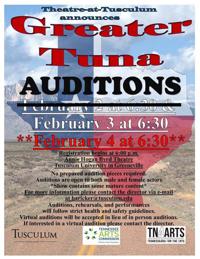 Theatre-at-Tusculum is holding auditions in early February for those who are interested in joining the cast for the production of “Greater Tuna.”

Auditions will take place at 6:30 p.m. Tuesday, Feb. 2, and Wednesday, Feb. 3, in the Annie Hogan Byrd Fine Arts Center Theatre on Tusculum University’s Greeneville campus. Brian Ricker, the show’s director and assistant director of Tusculum Arts Outreach, also welcomes virtual auditions, which can be arranged by emailing him at baricker@tusculum.edu.

“This is an extremely funny show,” Ricker said. “There are some brilliant comedic moments, and I'm looking for folks who have a good sense of comedic timing and who can play a diverse group of strongly developed characters.”

No prepared audition pieces are necessary, and parts are available for male and female actors. Anyone 15 and older is welcome to audition. The production will contain some mature content, and Ricker encourages parents or guardians of minors to attend their child’s audition.

Traditionally two male actors play all the different characters, but Ricker is open to other ideas for casting.

“I am more interested in getting a strong, diverse group of characters on stage regardless of who is playing them,” Ricker said. “The varied and over-the-top characters are what make this show so great. I have not ruled out doing the show in the traditional manner, but my plan, for now, is to see how auditions go and then make my decision.”

Auditions, rehearsals and performances will follow strict health and safety guidelines adopted by Tusculum and state, local and national governments. Those attending auditions must wear a face covering and observe physical distancing.

“Greater Tuna” is a satirical comedy that follows a day in the lives of the residents of the fictional town of Tuna, Texas. Tying the events of the show together are broadcasts from the local radio station, serving the Greater Tuna area. As the show progresses the audience is treated to a parade of 20 uniquely outrageous characters as they deal with life, family, death and murder.

Anyone unfamiliar with the play can receive a thorough breakdown of the characters and their relationships with one another at the auditions, but Ricker recommends people email him if they have questions.

Theatre-at-Tusculum is under the auspices of Arts Outreach. It is supported in part by a grant from the Tennessee Arts Commission and Hearts for the Arts, as well as many generous donors and volunteers. For more information, please visit http://arts.tusculum.edu/.

Are you happy with the $1.9 trillion relief bill just passed by the Senate?