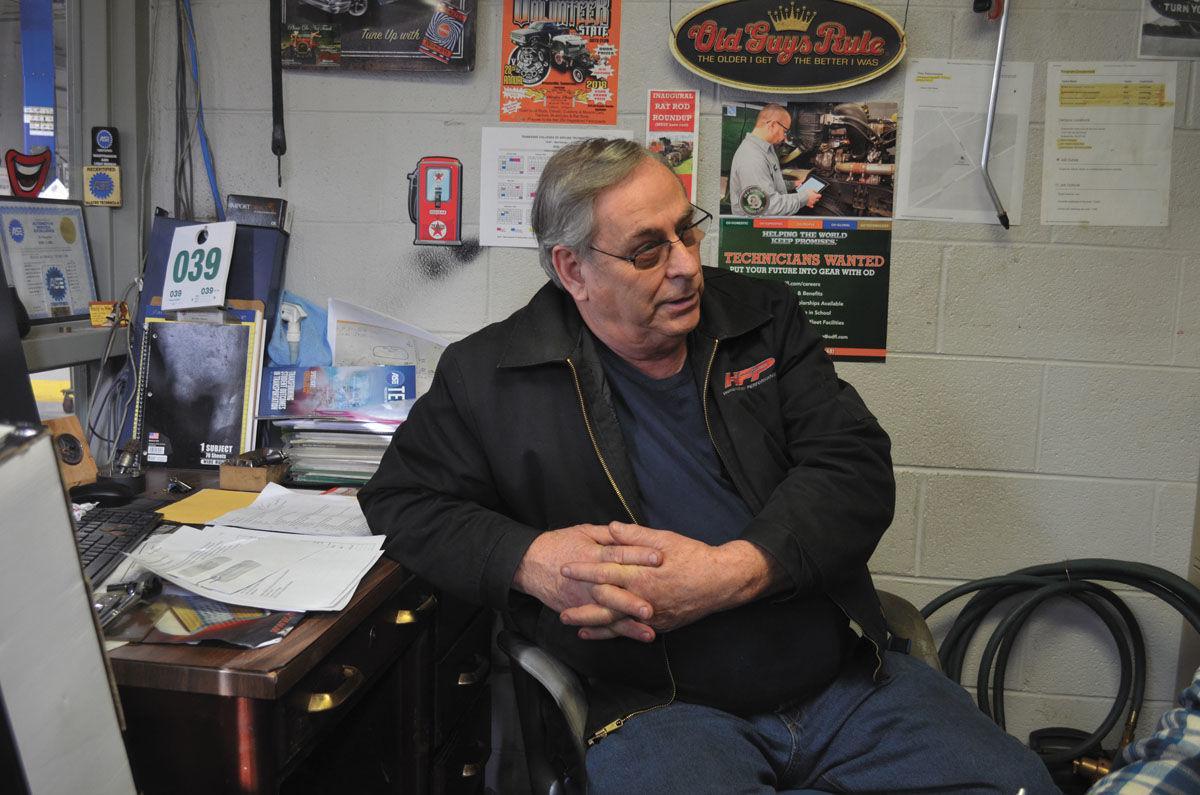 Instructor Benny Jones, a Virginia native, brings over a half-century of automotive experience to the classroom, and worked as a master technician at Nissan for 34 years. 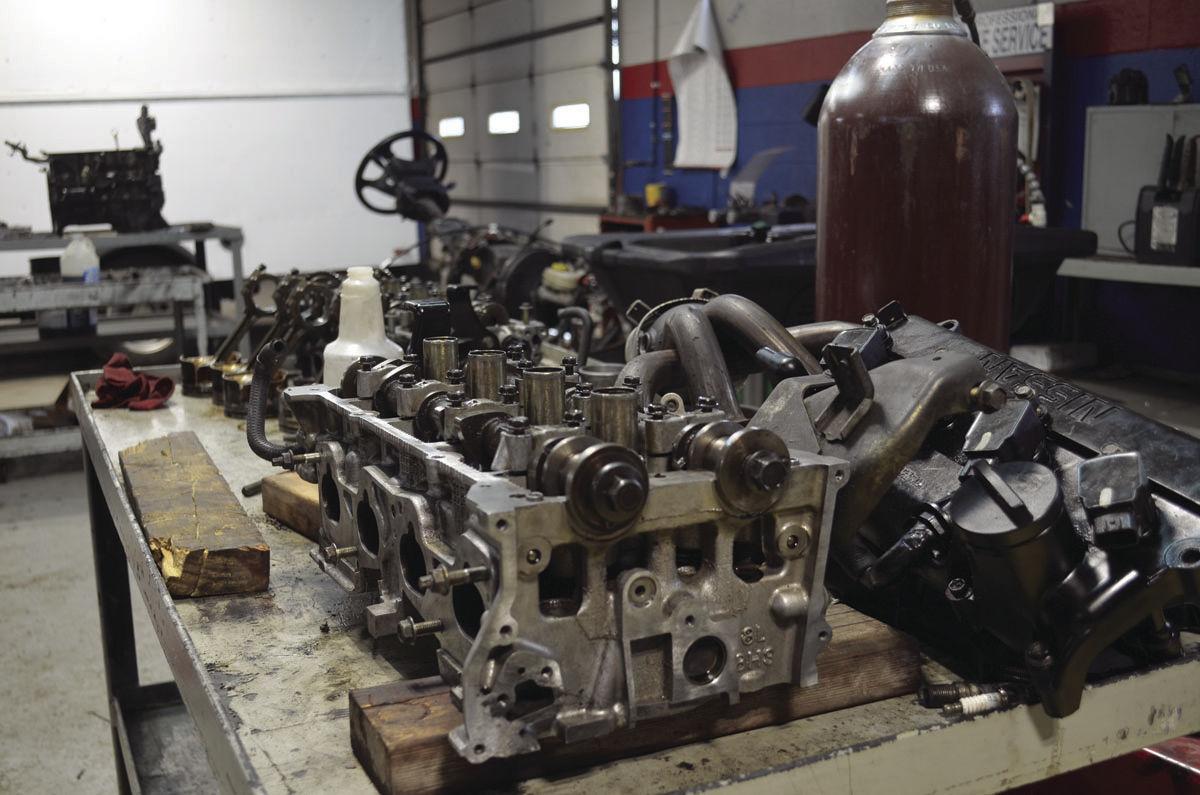 A 2.5-litre engine from a 2002 Nissan Altima sits as part of a student project for an Automotive Technology Certification class at the Tennessee College of Applied Technology in Morristown on Wednesday. Students have to clean and rebuild the engine from scratch and get it running again. 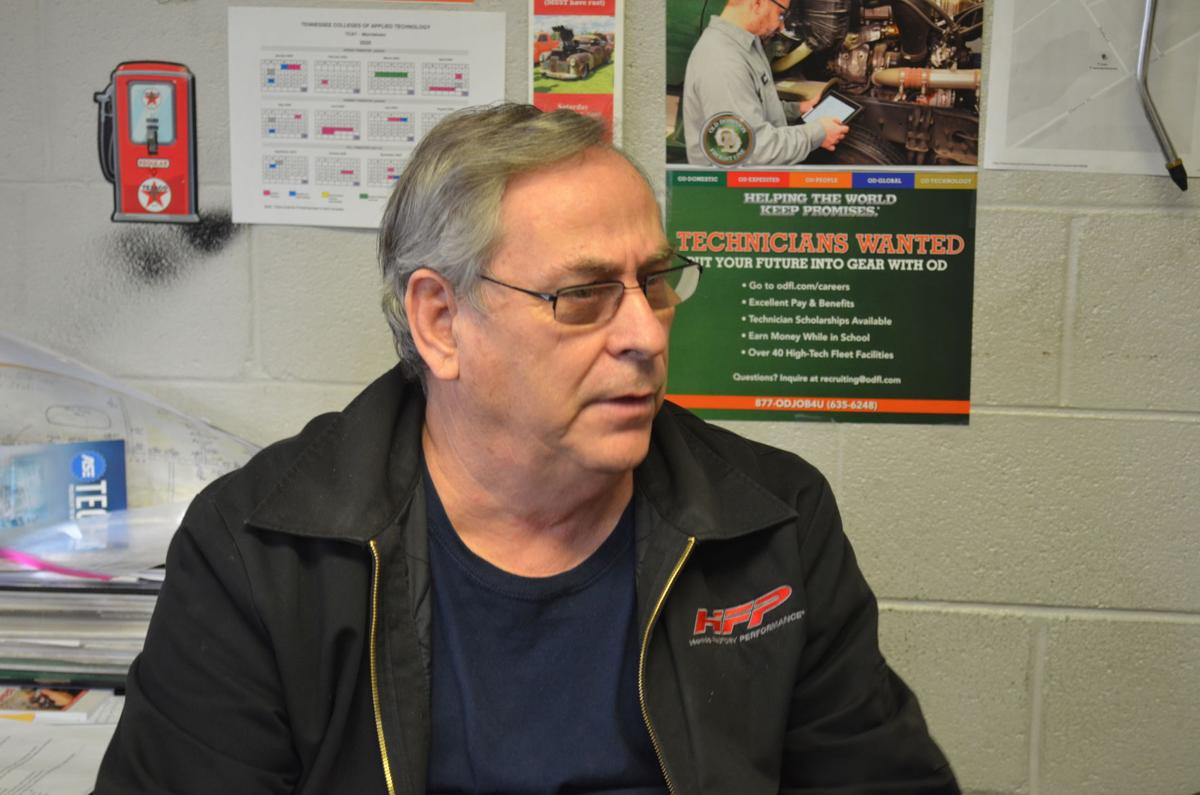 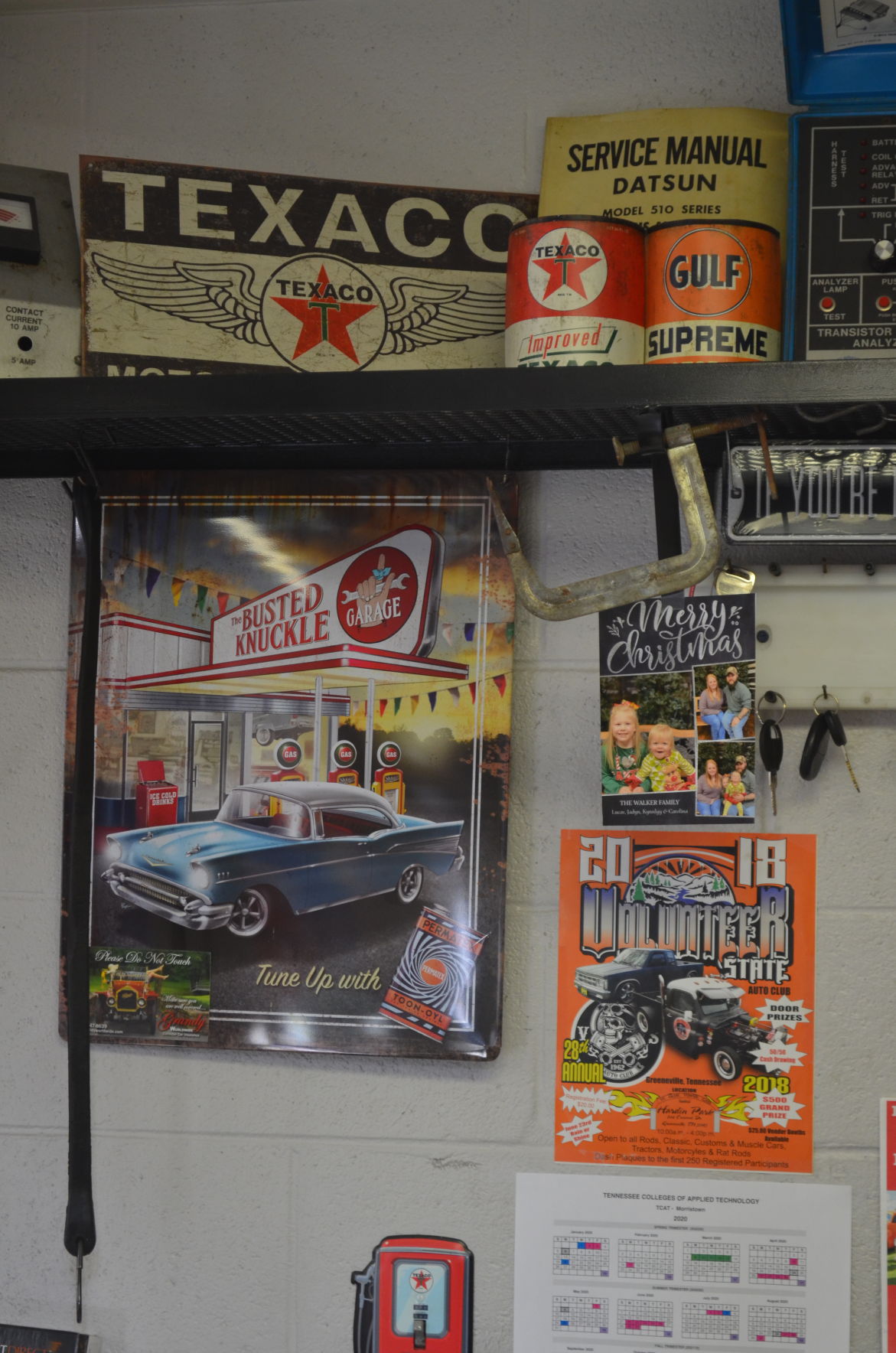 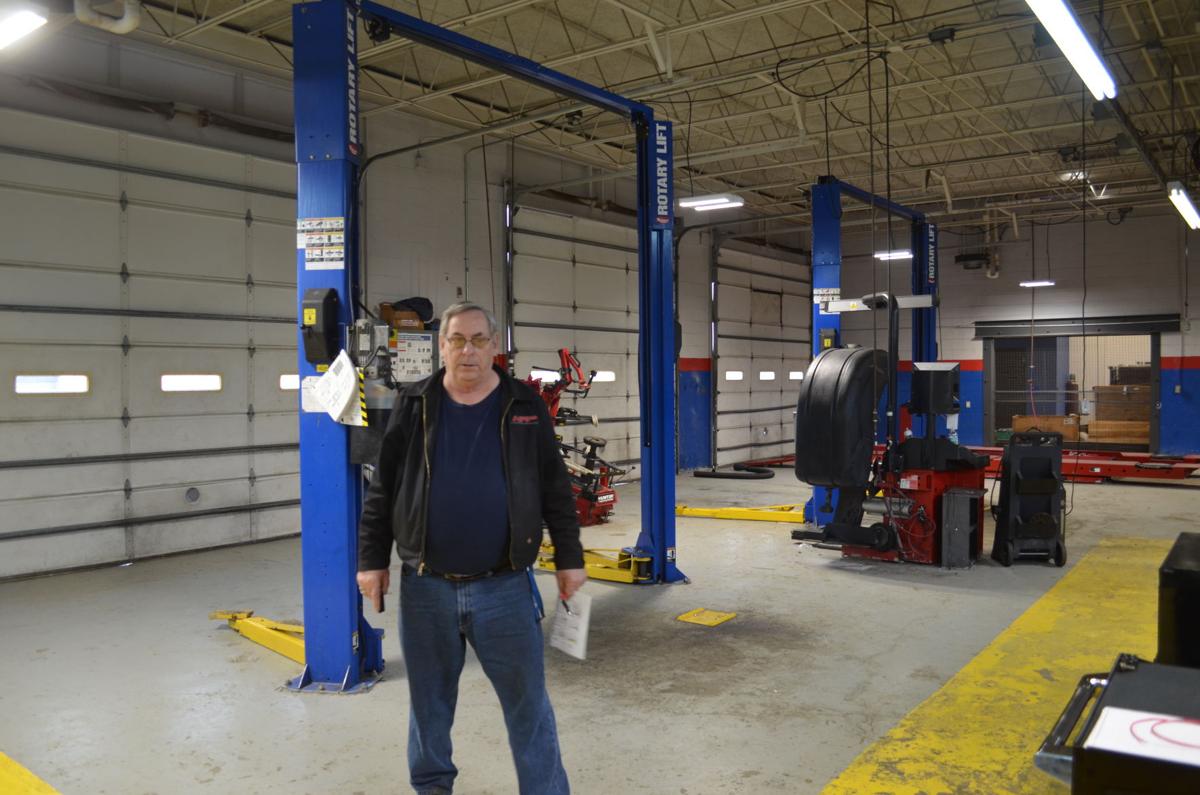 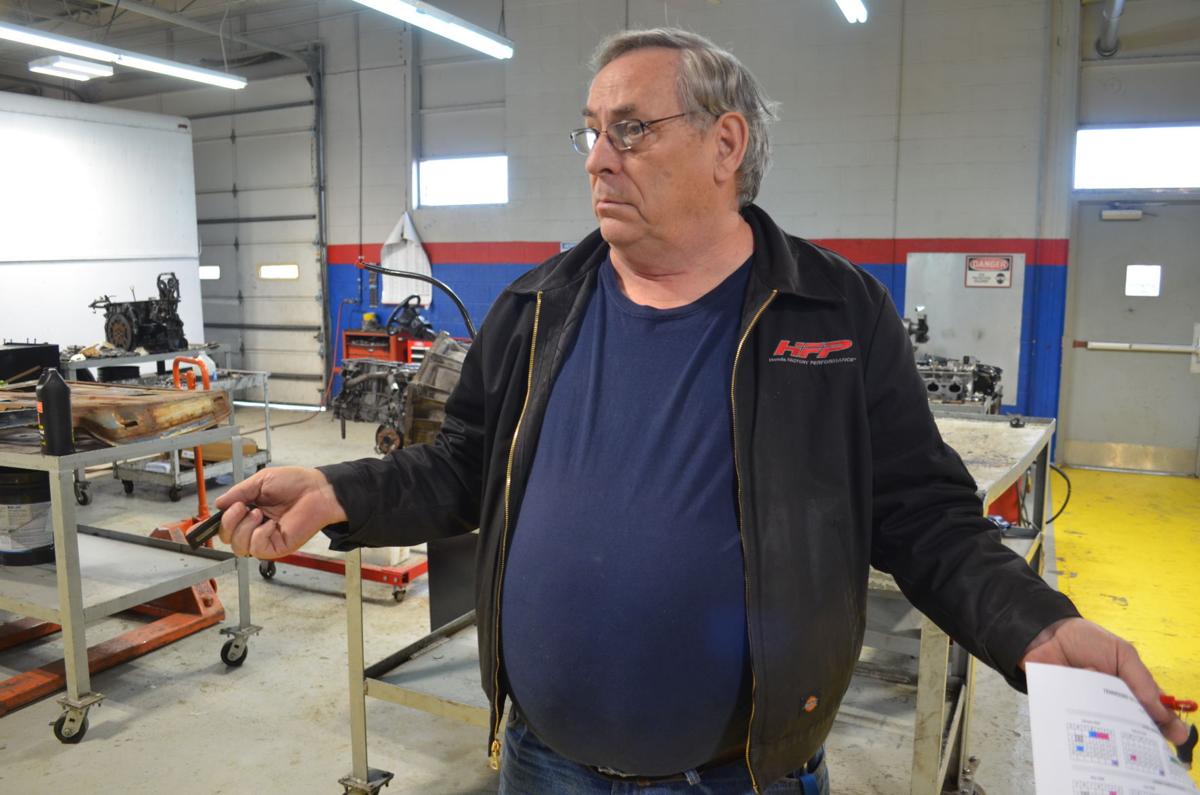 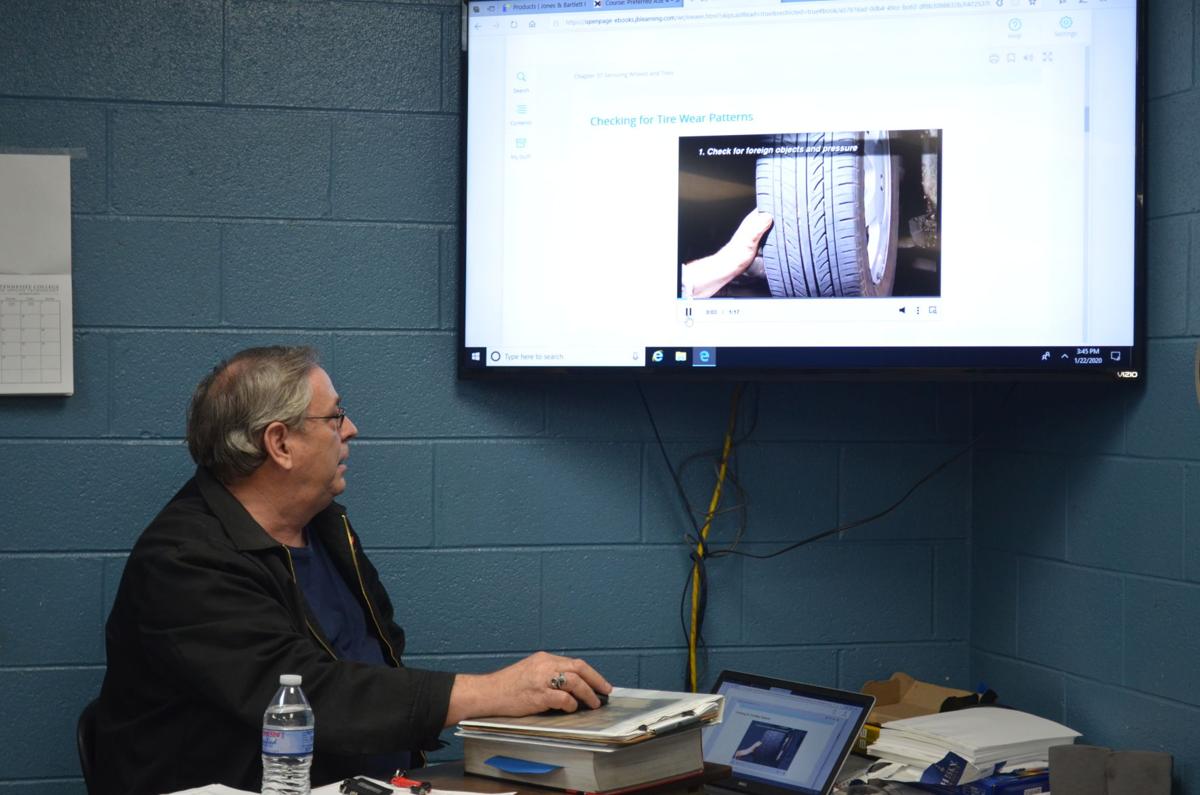 Instructor Benny Jones, a Virginia native, brings over a half-century of automotive experience to the classroom, and worked as a master technician at Nissan for 34 years.

A 2.5-litre engine from a 2002 Nissan Altima sits as part of a student project for an Automotive Technology Certification class at the Tennessee College of Applied Technology in Morristown on Wednesday. Students have to clean and rebuild the engine from scratch and get it running again.

On a late Wednesday afternoon, 15 students at the Tennessee College of Applied Technology in Morristown attentively listened to Benny Jones provide interactive lessons about tire pressure, suspensions and wear and tear tire patterns using video, books – and even animation – to help with their coursework.

While this might be mundane – and even boring – to the uninitiated, the men and women in this class are enthusiastically on their way to a lifelong dream: to become automotive technicians.

The students take Jones’ evening class from 2:30 p.m. to 10 p.m., four days a week, for five trimesters, which is a year-and-a-half totaling 2,160 hours. A trimester lasts about four months, and not all the students will be taking the same lessons at the same time.

During the 18-month period, they will have to keep a detailed task book from the National Institute for Automotive Service Excellence, commonly known as ASE. The book has to be kept by TCAT for five years up to the standards of the National Automotive Technicians Education Foundation, or NATEF.

“What we keep, (NATEF) goes through with a fine-toothed comb,” said Jones, who has 52 years of experience as an auto mechanic. “This is for all TCATs (in the state), not just ours.”

While the students are in the classroom, they’ll take online exams, as well as the ASE Certification Exam in Knoxville at the end of their training.

Of course, to work on vehicles means hands-on training – and TCAT has a garage where students learn to practice their future craft. Students are responsible for furnishing for their own tools at the beginning, and their tool box will grow as their time in the program moves on.

The program also has a morning class that runs from 7:30 a.m. to 2 p.m., five days per week. Though the ground has been broken on a new building which will replace the City Garage, it’s still tight quarters for the immediate future.

“We have a front end machine and a tire balancer,” Jones said. “We have 50 students and only five racks.

“We’re running out of room.”

“(The students) pulled the engine out,” said Jones, who worked for Nissan for 34 years before retiring as a master technician. “They’ll clean the valves and grease them out, fix them and put it back together.”

Students in the program will also become Snap-On Tools certified, learning how to use the different adapters, digital torque wrenches and volt meters.

Digital torque wrenches come in various sizes, depending on the bolt size. Unlike a standard wrench, a digital wrench comes with technology-assisted precision, sporting a digital display of torque readings, plus visual, acoustic and sensory signals that alert an operator once the pre-set torque is reached.

“I can show students how to twist a bolt, and it will show them if it’s done improperly or properly,” Jones said. “This is the first step in how they’ll get certified, it’s pretty impressive.”

A voltmeter is an electrical measuring instrument used to measure potential difference between two points. A digital voltmeter displays the value of alternating or direct current voltage being measured directly as a discrete numerical instead of a pointer deflection on a continuous scale as in analog instruments.

Translated, it compares voltage meters, temperatures, diodes, amperes, ohms and anything else electric.

TCAT President Jerry Young said modern technology like what Jones teaches is what every automotive technician must know.

“That’s what it takes to get into manufacturing these days,” he said. “I could work on my own car when I was younger. You can’t do that anymore.

“You have to have a computer background to fix them now.”

Young also said programs like the Automotive Technology Program are proof the stigma of technical schools is starting to wear off.

“Most people still associate us with the old vocational schools,” he said. “We teach 21st-century technologies here – and most people don’t know that here.

“TCATs are the best-kept secrets in the state of Tennessee. The secrets are starting to come out slowly though.”

Jones said an advisory board visits every TCAT in Tennessee twice per year in all fields, including the automotive field. The board takes a look at the facility to get a feel for what’s being taught, as well as the quality of the students coming from each program. Many students are offered positions through this process.

Jones also visits dealerships, local and abroad, and said the need for qualified technicians is there, especially with companies like Van Hool and Oshkosh in the area – and the companies spinning off from them. Everybody benefits from the relationship among TCATs, its students, and the businesses that hire them.

“I’ll go and hit every dealership, and they tell me they’re craving for technicians,” he said. “Old Dominion is paying $28 per hour or more for qualified technicians, so placements aren’t a problem.

“With (companies like Van Hool and Oshkosh), the need is there for good and qualified people. The dealerships are going to lose some good people to those companies who will need to be replaced, so it’s a win-win.”

A grueling schedule can be difficult on the students, if not brutal, but their passion for vehicles overrules the difficulties.

Olivia Gulley, of Morristown, wakes up at 3 a.m. every morning and drives to her regular job at McDonald’s on exit 23 on Interstate 81 to work her usual shift. Once that’s over, she speeds back home to take a quick shower and heads to class.

“It’s not fun,” said Gulley, who is in her second trimester in Jones’ class. “I just have a passion for doing this.”

Brandon Burton is also in his second trimester in the program. He leaves his home in Hancock County near Sneedville to work from 8 a.m. to 1 p.m., then drives down two mountains to attend class at TCAT.

He said fulfilling his childhood dream is worth the drive to TCAT.

“I’m four minutes from the Virginia line, and I’ve just always had a passion for cars,” Burton said. “I’ve told my dad that, and I want to own my own shop one day.”

Terry Easterly lost his right leg when he was struck by an ATV five years ago. Nevertheless, the Jefferson City native wants to carry on a family tradition – disability notwithstanding.

“My dad works on a lot of cars,” said Easterly, who is in his fourth trimester. “My grandfather has his own shop, and I’ve wanted to do the same thing since I was little.”

Billy Nunn travels to the class from Pigeon Forge, and the second trimester student said he attacks the drive to Morristown from the tourist destination with a sense of humor.

“If you’re unlucky enough to have class during Rod Run, it’s better to walk (to TCAT for class),” said Nunn of the 42-mile commute from his home. “I’d seriously have to leave for class at 11 a.m. that time of year. It’s a mess.”

Market Data by TradingView
Thank you!