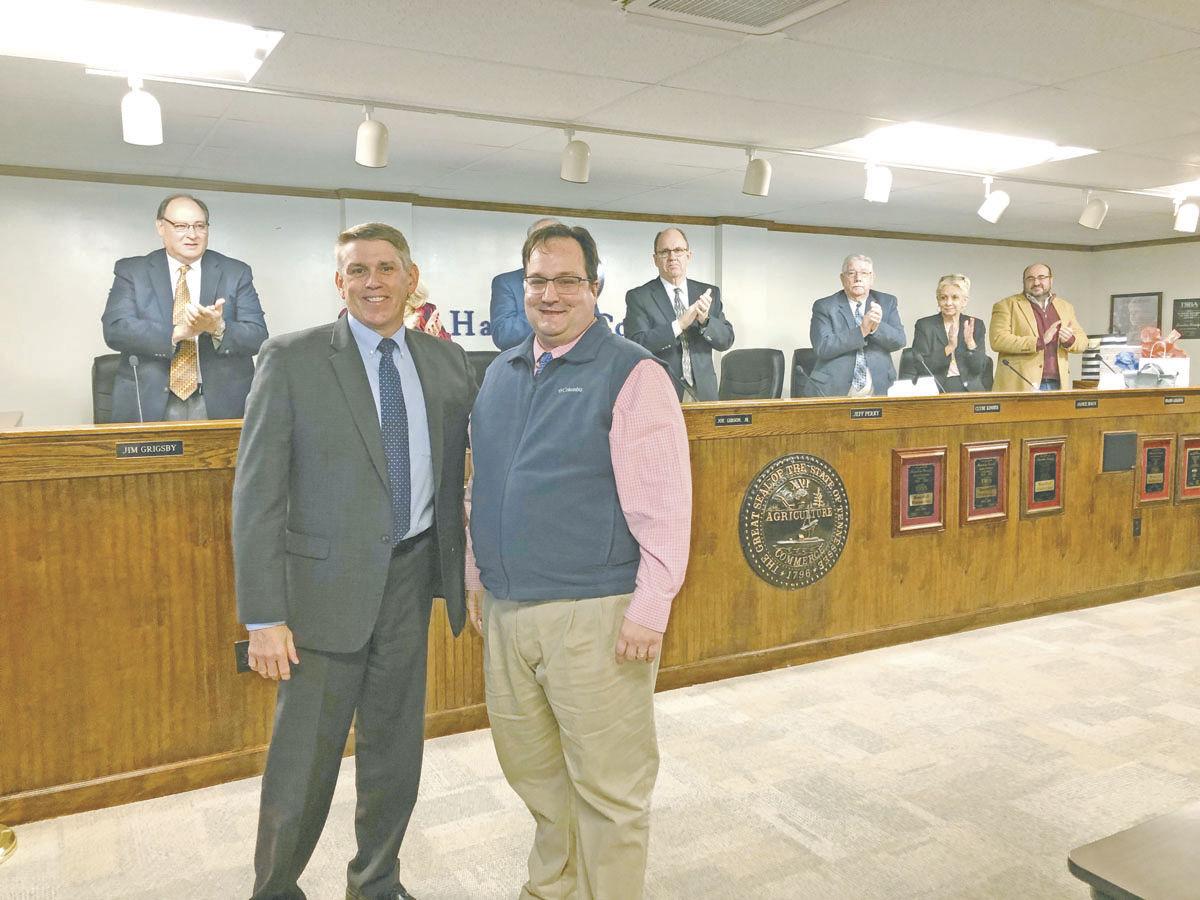 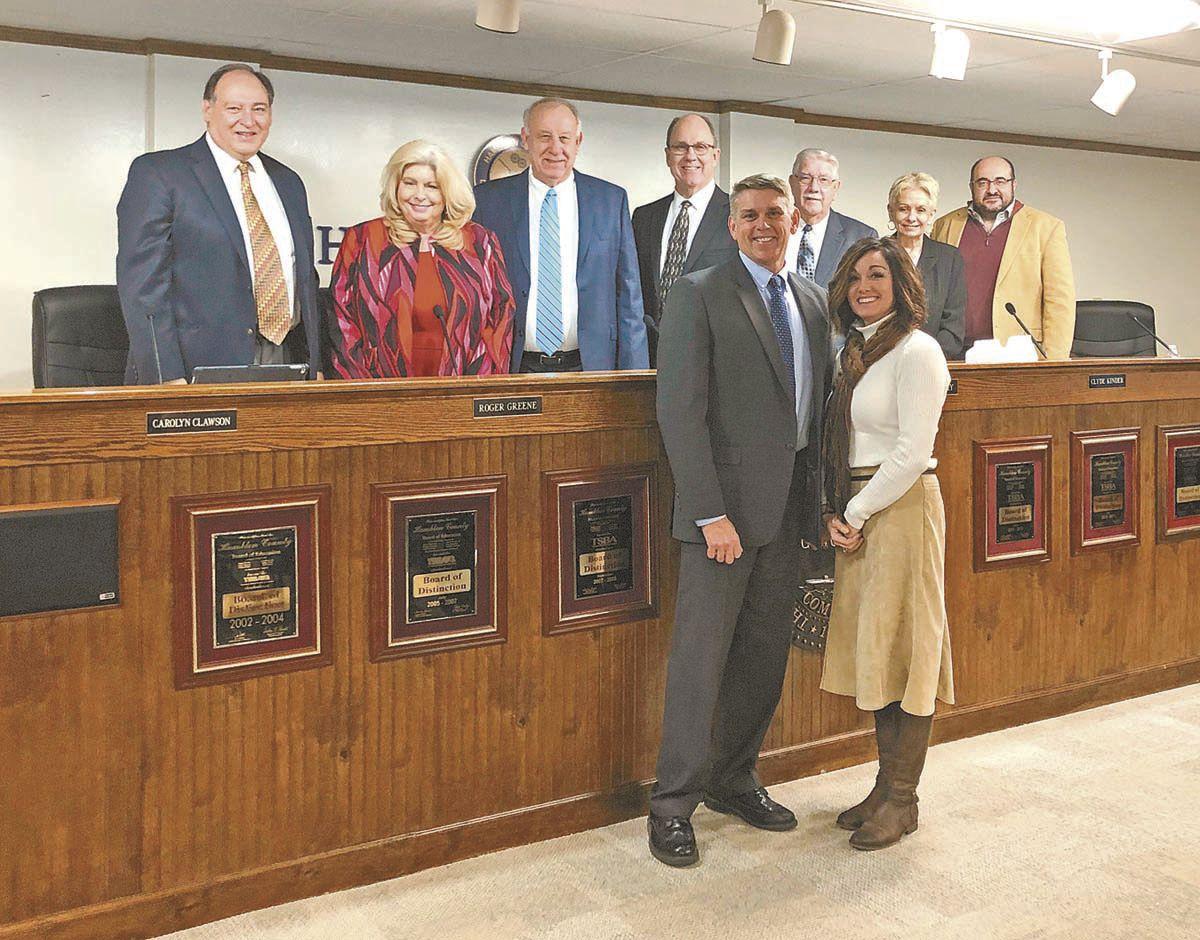 Dr. Matt Drinnon and Special Services Supervisor Mandy Lloyd were honored by the Hamblen County Board of Education Tuesday night with the BOE’s top supervisory awards.

“I’m definitely very honored,” Drinnon said. “We have a lot of excellent principals in Hamblen County, and to be selected as principal of the year is a high honor. Being successful at John Hay is definitely a team effort.”

John Hay has been named a National Blue Ribbon School and had earned Tennessee Rewards School honors twice in the last eight years.

This year’s seniors who will be graduating are among the first students he had as principal at John Hay.

“The seniors who are graduating were the first children I had as principal,” he said. “Just getting to see those students and to share some of their success stories with the kids here are what I enjoy the most.”

His wife, Rebecca Drinnon, is employed in the central office as an instructional coach. Their children, Thomas, a fourth-grader, and Isaac, a second-grader, are both students at John Hay.

Drinnon will go on to the regional level where he will vie for Region Principal of the Year.

Lloyd, an 18-year educator, was pleasantly surprised by her honor.

“I’m a little surprised,” Lloyd said. “I have a love for kids. I’ve always been motivated to advocate. Given the right environment, every child can be successful.”

Lloyd is a product of the Hamblen County School System.

“I want to invest in the community that supported me. That is really important to me,” she said.

Lloyd started her educational career as a teacher at John Hay in 2002. In 2014, Lloyd became assistant principal at Lincoln Heights Middle School.

She was appointed as supervisor for special services in 2017.

She is in her third year in this division.

She earned her associate’s degree at Walters State Community College and received her bachelor’s in elementary education from Carson-Newman University.

“I understand importance of education. Supports in the educational environment are crucial to student success,” Lloyd said.

Lloyd has a son, Ryan, a graduate of Morristown East.

Teacher of the Year recognitions and the school highlights segment at the beginning of the meeting were postponed until the March 10 meeting due to school being out on Tuesday.

Market Data by TradingView
Thank you!