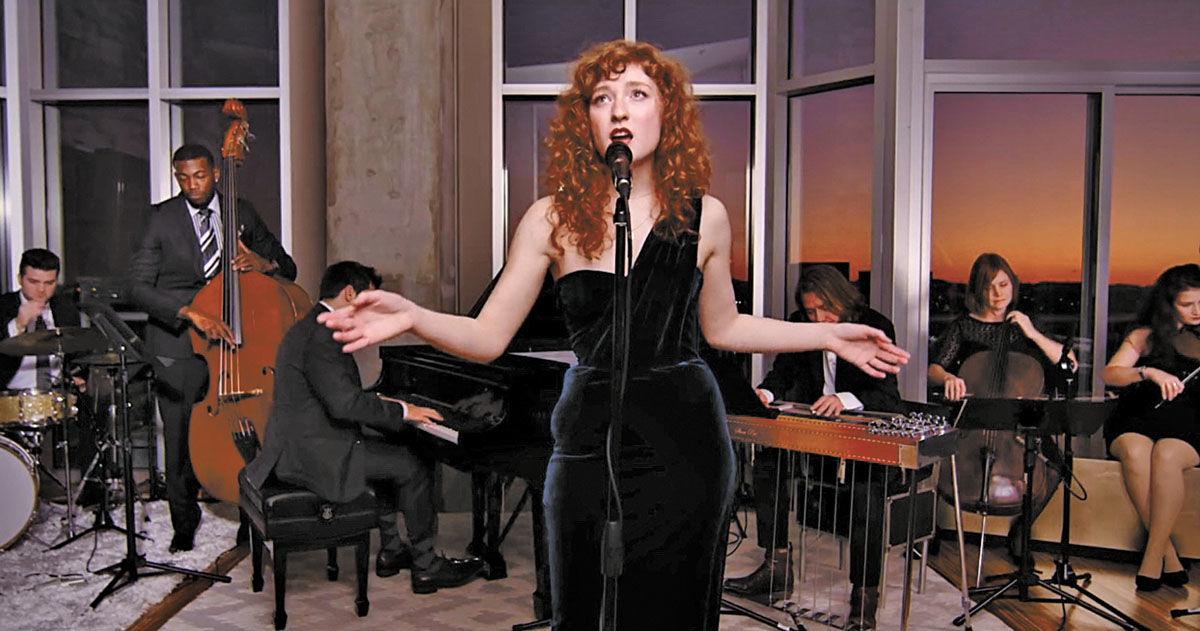 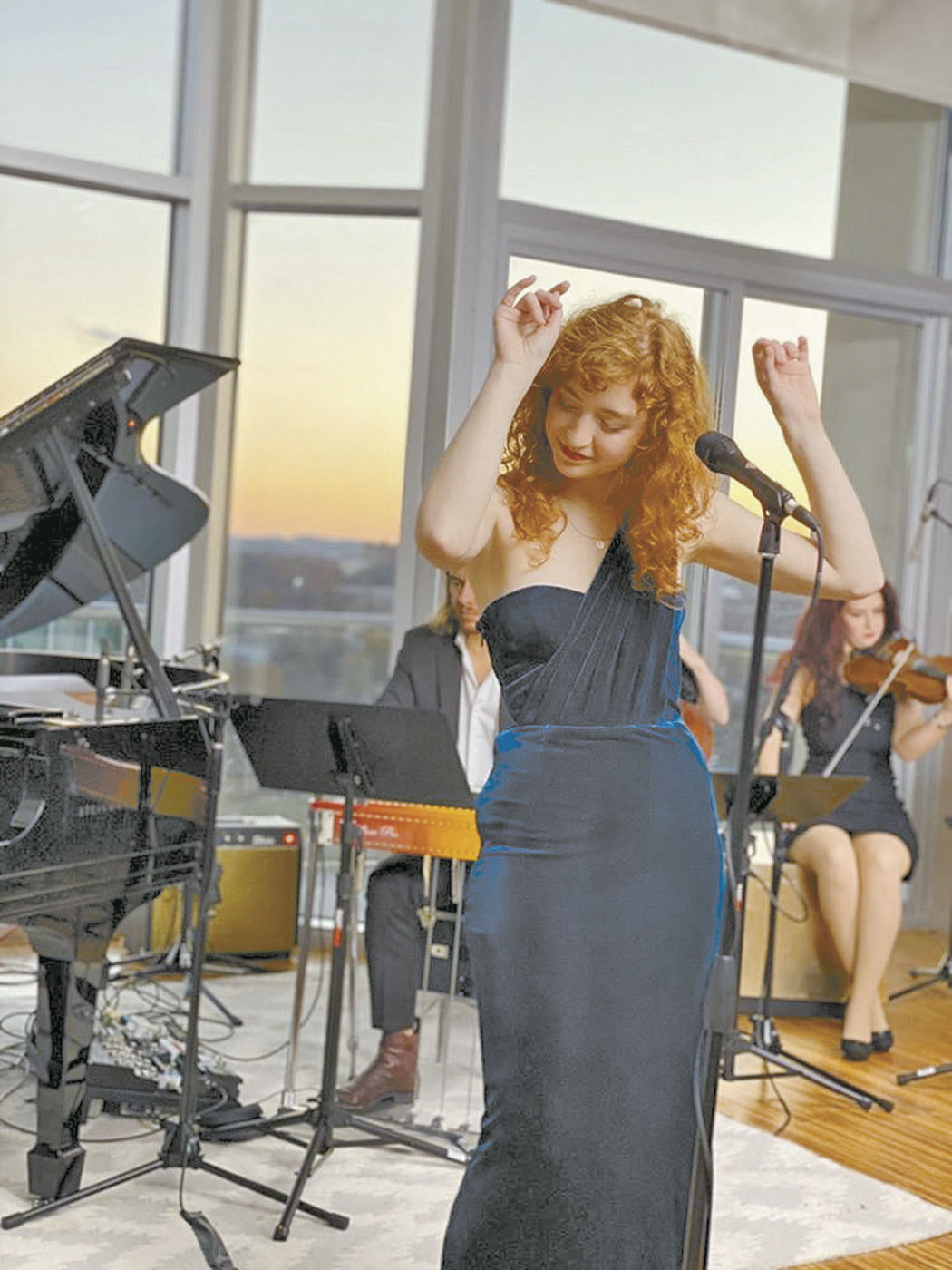 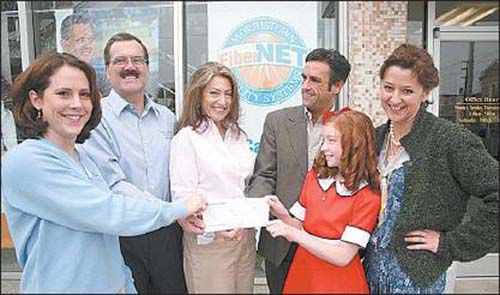 Allison Young, second from right, appears in this 2008 promotional photo for the Encore Theatrical Company production of ‘Annie.’

Allison Young, second from right, appears in this 2008 promotional photo for the Encore Theatrical Company production of ‘Annie.’

It’s a beautiful new day, Allison Young sings to the camera as the fading colors of a Nashville sunset slowly lose their battle with the darkness behind her in her latest video, a collaboration with Scott Bradlee’s Postmodern Jukebox.

The video, which was released last month, has reached nearly 1 million views on YouTube and marks something of a national coming out party for the Morristown native Young, who moved to Nashville to pursue her musical dreams.

Young graduated from East High in 2012 and, after a year at Carson-Newman, went to MTSU where she earned a degree in music business.

Since then she’s been trying to find her place, performing in different groups, doing bits and pieces of her music for herself.

One of those bits – or maybe it was a piece – was a cover of Patsy Cline’s “Crazy” with Josh Turner, a video that garnered over a million views at least one of which was Bradlee’s.

“Instagram can be a great place for people to connect,” Young said. “Scott Bradlee reached out to me through DM and said ‘Hey, I saw your video. We should link up and create something.’”

Young’s video would have been right up Bradlee’s alley. The Postmodern Jukebox began about the same time Young was graduating high school. Bradlee’s vision was to take rock, soul and rap songs and arrange them to musical styles of the ’30s, ‘40s and ’50s. Working with a variety of musicians and singers, Bradlee has carved a successful niche that turns out digital albums every few months and has toured all over North and South Americas, Europe and Australia.

“Thanks to our millions of fans around the world, Postmodern Jukebox has become the rotating collective of musical outcasts that have somehow found a home and there are still many incredible, undiscovered talents out there that I really am excited to share with you,” Bradlee wrote on the PMJ website. “And it’s my promise to continue to share with you, the best natural performers from around the world, and give them a platform they deserve in this wonderful, musical universe we call Postmodern Jukebox.”

Young said she and Bradlee sat down and poured through songs from the ’80s and ’90s she might like to sing, but nothing sounded quite right.

At some point they hit on the ELO classic.

Bradlee arranged a Patsy Cline-esque version and the recorded the video in a luxurious apartment in a Nashville high rise.

“We did it at sunset,” she said. “It was a really beautiful day.”

The song and video have been well received.

“I think that take we did was one of maybe four takes. I was really proud of it, even though it wasn’t perfect,” she said. “It’s authentic, no autotune. I like that organic sound.”

Being an old soul herself, Young said performing with PMJ was a dream come true.

“It’s been a dream of my since I first saw them in high school,” she said, “a dream I never thought I’d get to have come true.”

And it might not be over. Young said there’s talk of doing more collaborations and, she hopes, the possibility of joining the PMJ for some tour dates.

“We’re definitely talking about it,” she said.

Performing with the PMJ has been more than a dream. For Young it is something of a line in the sand, a sign that she’s gained the necessary confidence to perform in the competitive Nashville market.

“I feel like as an artist, when I moved to Nashville, I didn’t create anything for a long time,” she said. “I had gone from being a big fish in a little pond to being surrounded by a lot of big fishes. I was scared to release anything, scared that I wasn’t good enough.

“Just this past year I’ve finally became confident that I can go out and perform. Music is what I live for, it’s I’m where I’m meant to be.”

It’s not the first time Young has needed a little nudge in the right direction.

In 2008, the red-headed Young landed the lead role in Encore Theatrical Company’s production of “Annie.” It was there Young fell under the influence of Encore’s then leadership, Micah-Shane Brewer and Drew Ogle.

“They helped me blossom into the woman and the artist I am today,” she said.

“Allison is one of those performers that has the rare ability to draw you to her, rather than her coming to you,” he said. “She simply steps on the stage, and you sit up and take notice and think, ‘Oh. This lady is unique. I want to see more.’”

Ogle pointed to her willingness to collaborate – a skill that has been on exhibit recently.

“What I remember most about working with Allison was how she combined her natural talent with the drive to always be improving her skills,” he said. “Plus, she was generous with that talent as well, always supporting her fellow artists.”

“He gave me a lot of guidance.”

Overall, Young said she still has a lot of love for her hometown and the people in it.

“I love the Morristown community,” she said. “I do take it for granted sometimes but I do get homesick.”

Homesick or not, Young is shining in Nashville.

In addition to her performance with the PMJ, she has a YouTube channel, Instagram and Facebook. She says her Facebook page, AllisonYoungMusic, is the best option for keeping up to date with her projects.

“I’m working on an album right now,” she said. “Probably going to release a single in a few months.”