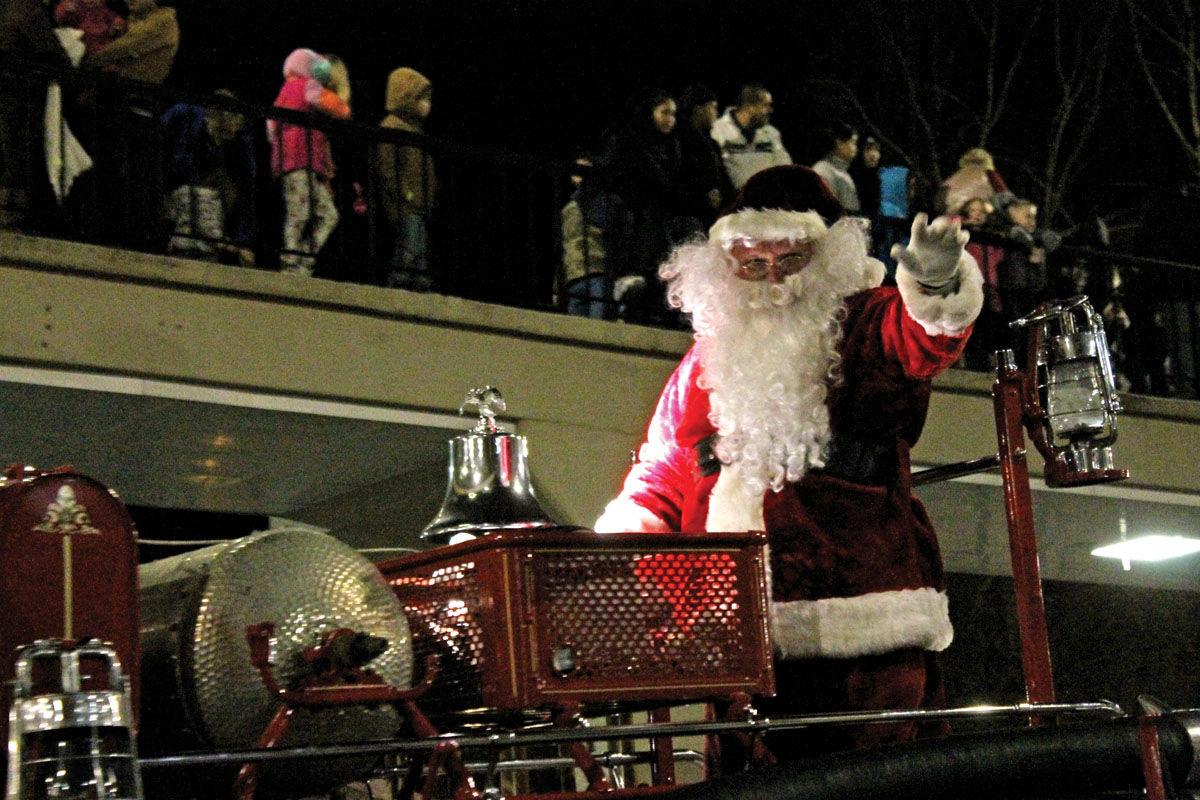 Santa waves from the back of Morristown’s First Fire Truck to close the Downtown Christmas Parade. For more photos, and complete video coverage, go online to www.citizentribune.com 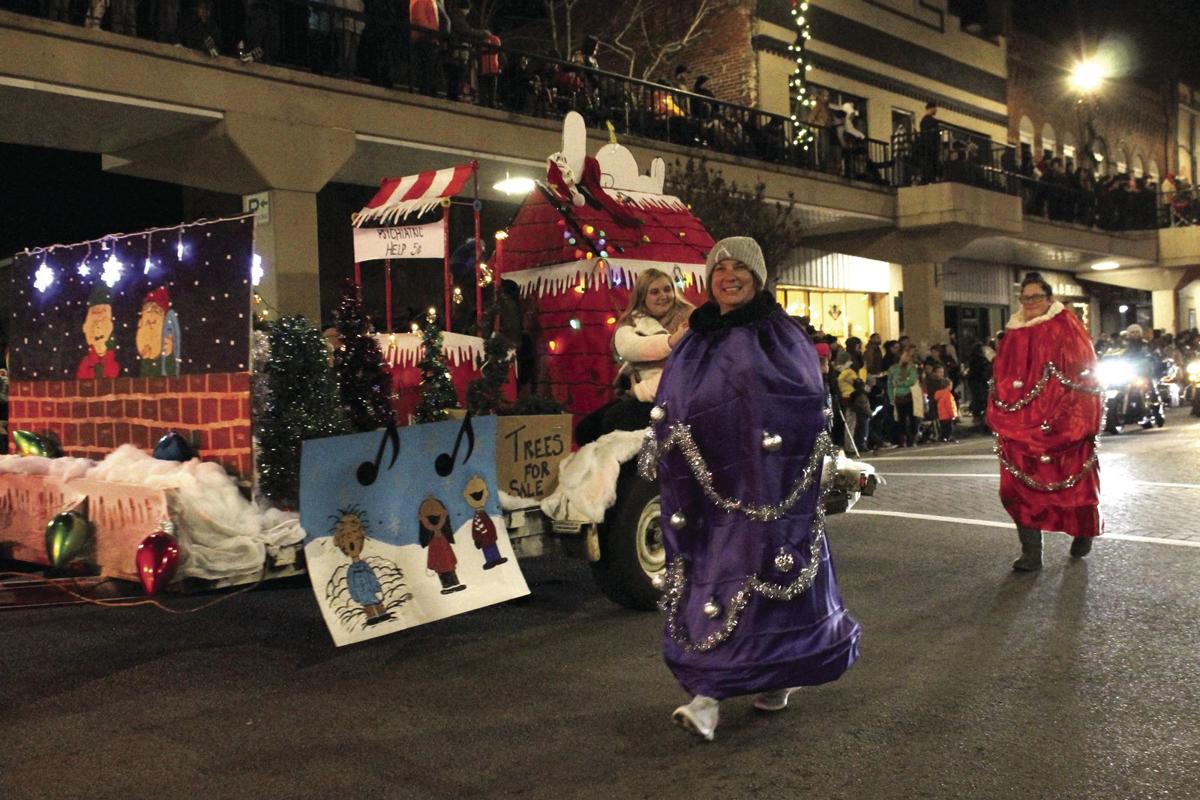 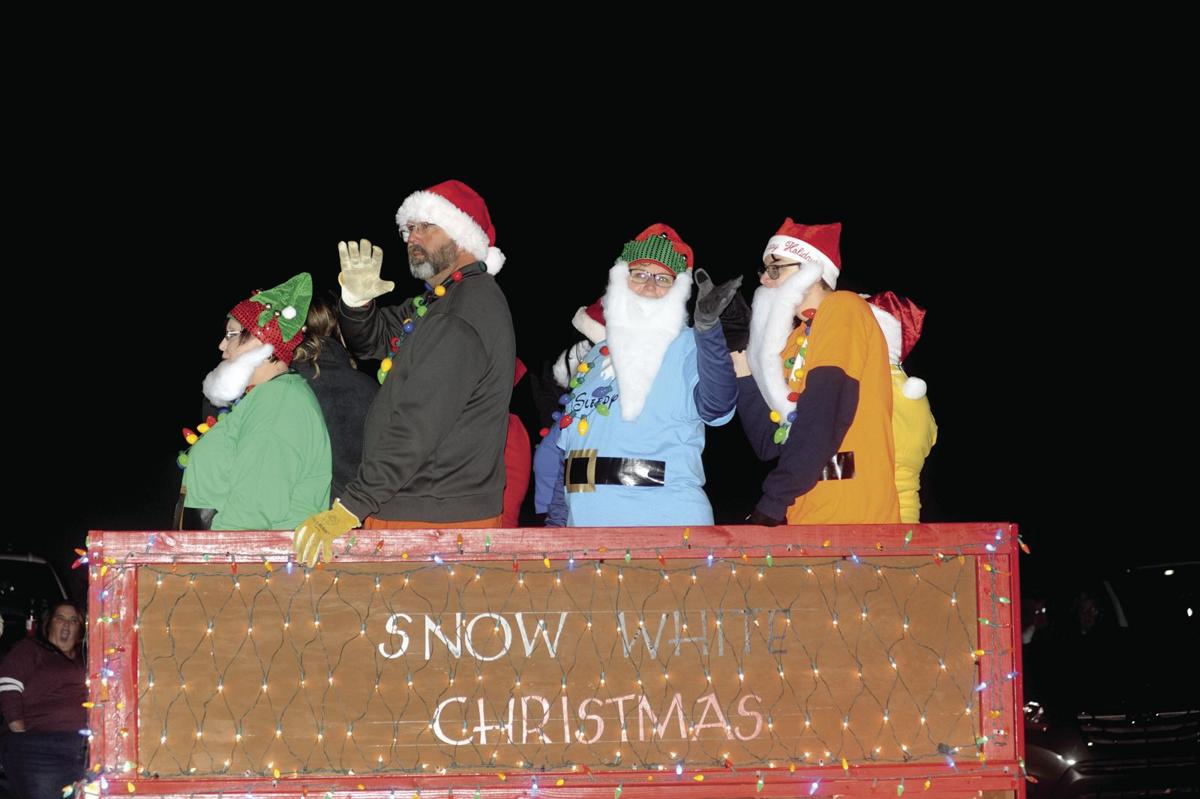 Santa waves from the back of Morristown’s First Fire Truck to close the Downtown Christmas Parade. For more photos, and complete video coverage, go online to www.citizentribune.com

People from all over the Lakeway Area arrived in downtown Morristown Thursday night to celebrate a Christmas tradition.

One hundred and three organizations participated in the Morristown Christmas Parade, many with multiple entries, for a total of 233 units, making the parade the longest in the history of the event. The Parade Grand Marshal was Barbara Addy Simmons, accompanied by her nephews dressed as elves, riding in a red convertible sponsored by the Citizen Tribune. Dr. Andrew Kruer was the Parade Marshal, waving his magic wand to keep the parade moving.

“We had the most floats in the 10 years (Crossroads Downtown Partnership) has been doing this,” said Brooke Singleton, Crossroads event manager. “The sidewalks and the Sky Mall were full, and attendance was pretty good.”

Space was at a premium at the annual Christmas Parade, as visitors braved falling temperatures to arrive upwards of two hours before the start of the parade to get the best possible look of the floats and bands who marched in the event, which was live-streamed by the Citizen Tribune.

“If you want to get to the front, you’ve got to be here early. People love this parade,” said Morristown native Duane Oaks.

“I wanted to get a good view of my daughter,” said Kristi Sharp, who arrived 90 minutes before the parade to get a spot on the Sky Mall to see Brooklyn, who marches with the color guard at Morristown-Hamblen West High School. “I wanted to get here as soon as possible because 5 p.m. traffic here makes me nervous.”

The award for best car went to Blake Foshie and his 2016 Dodge Challenger Hellcat. His vehicle is one of just three of its kind in existence. Oaks said the car show is his favorite part of the event, which he has attended off and on since childhood, but has been a regular for the last six years. He added holding the parade at night gives the event a true holiday feel.

“I’ve enjoyed (the parade). I come every year, and I don’t miss one,” Oaks said. “(The evening start) creates a better mood because you get to see the lights better than you would during the day.”

Tasha Spears of Russellville has been coming to the parade since she was 11 years old, and brought her 19-year-old daughter, Lauren with her.

“I think it’s a family tradition. I brought my daughter when she was little,” Tasha Spears said. “(Lauren) would go to run off with her friends as she’s gotten older, but we’re together (watching the parade) again.”

Spears also said her family has attended other Christmas parades, but nothing is better than coming home to see how Christmas is celebrated.

“We went to the parade in Gatlinburg last year, but we like the atmosphere better here,” she said. “(The Morristown Christmas Parade) is more intimate.”

Oaks said he’s certain the children who marched in the parade had the most fun of anyone.

“The kids who got to march in the parade will remember this forever,” he said. “When they get to be my age, they’ll always remember this night.”

The parade is currently being aired at www.citizentribune.com. The parade was also filmed by First Baptist Church and Morristown Utility System. MUS will broadcast the event on its channel, beginning Dec. 13.